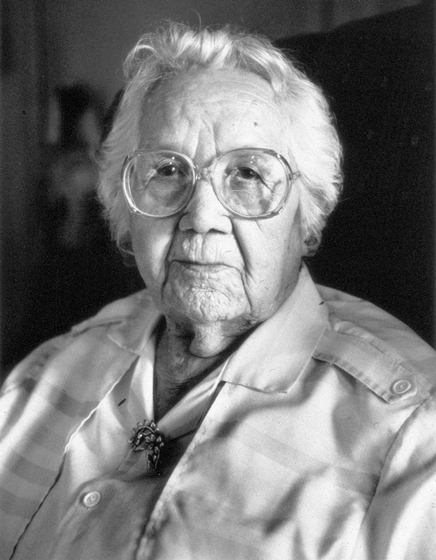 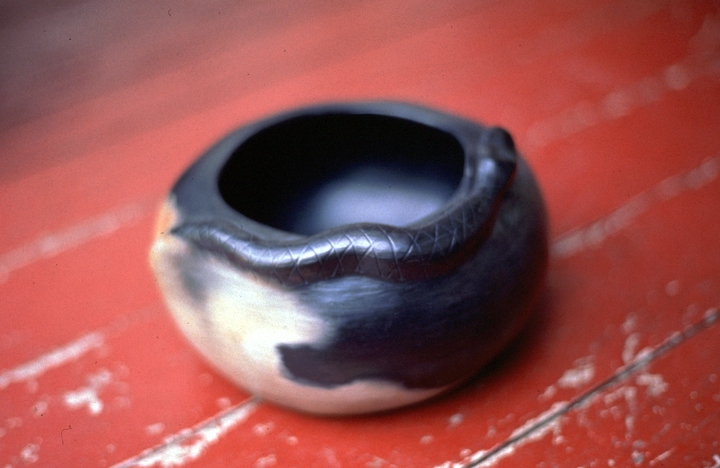 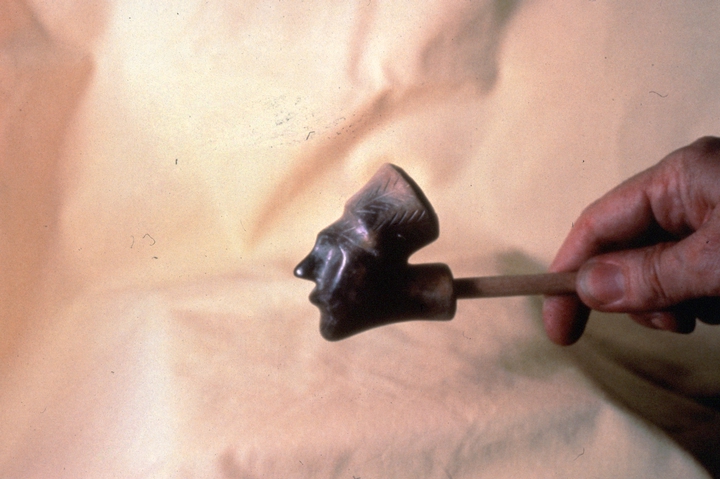 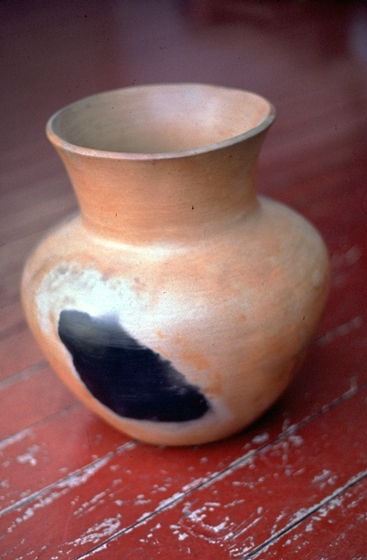 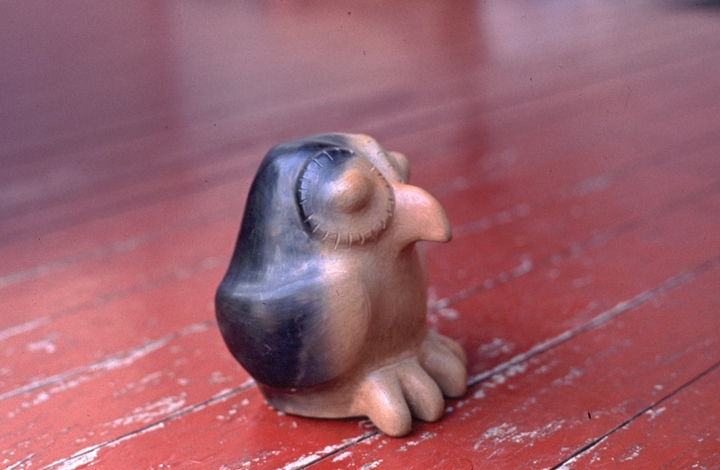 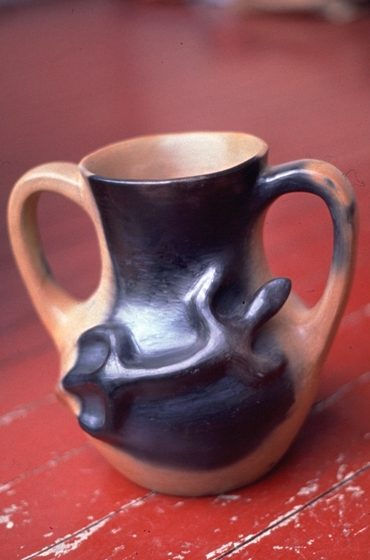 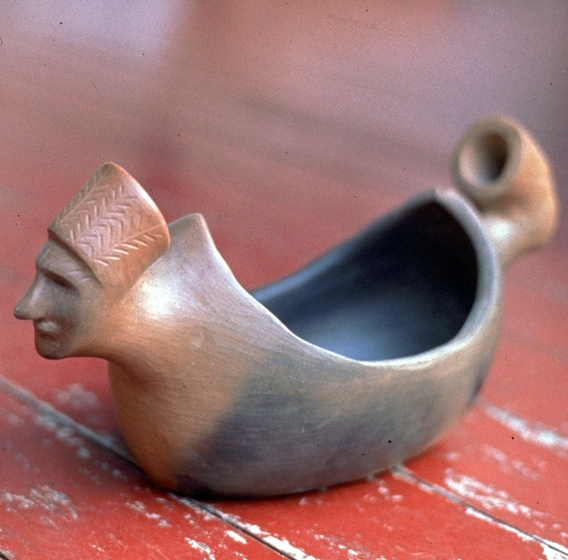 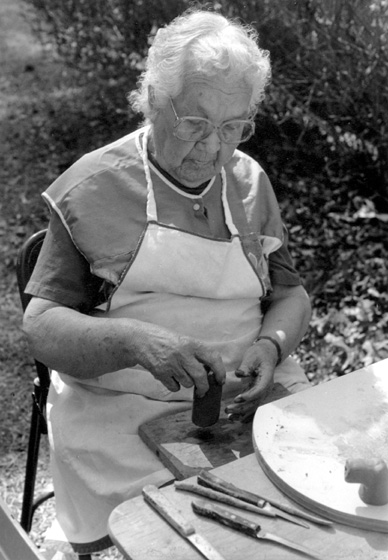 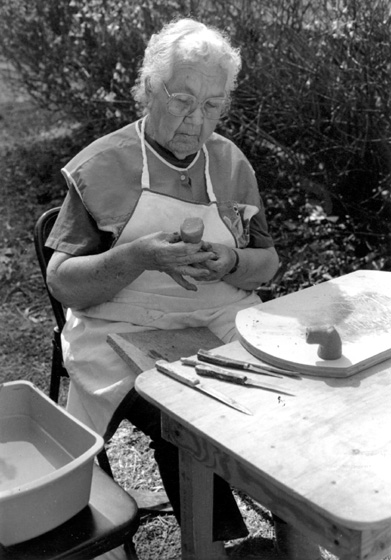 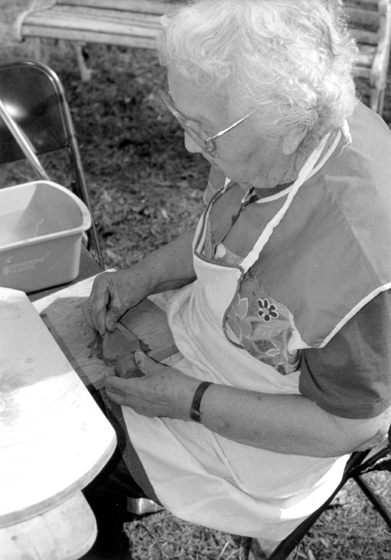 Georgia Harris of South Carolina was 9 years old, she began learning pottery from her mother, Margaret Harris, and grandmother, Martha Jane Harris. "I just fooled around with it when I was a kid ... just making little old things ... didn't make anything worthwhile ... but after I got a little bigger, we'd make something look pretty good and then we'd start to tearing it up. And my mother would say, 'Leave that alone ... put it down.' Said, 'If you tear up everything you got, you'll never learn how to make a pot!'"

Over the course of her life, Harris worked to preserve the Catawba pottery tradition that originated centuries ago. The earliest written accounts of the Catawba people date back to 1702, when John Lawson observed them while on a journey from Charleston, South Carolina, to the Tar River in North Carolina. Some anthropologists believe the Catawba are descended from the Easter Sioux, while others trace them to Algonquin roots.

From the 1930s to the 1960s, the Catawba pottery tradition suffered greatly through the demand for cheaply made goods at tourist centers. But Harris refused to compromise the quality of her work. She continued to make museum-quality pieces, utilitarian large and small vessels and smoking pipes. "When you make anything, make it to where it can be used," she said.

Harris was largely responsible for the revival of the pipemaking tradition through the use of the squeeze mold, a technique borrowed from neighboring Moravian immigrants in the nineteenth century and modified for Catawba use. She introduced important shapes to the Catawba repertoire, such as the graceful snake pitcher, derived from the traditional "snake pot" effigy vessel, the long-necked pitcher and the "wedding jug."

"The wedding jug ... it has two little spouts on it," she recalled, "and when a couple get married, they always put something in it.... I don't know if it's strong drink or what. But they have a potion they pour in there. And at the wedding they drink it. And then they throw it over their shoulder. They count the pieces after it's broken when it falls and breaks. They count the pieces to see how many children they'll have. So, if they break into a lot of pieces, they'll have a lot of children."

Harris gathered her clay along the riverbanks in the area near Rock Hill, South Carolina, where she lived for most of her life. To create a piece of pottery, she often started by taking a big ball of clay, patting it down, rolling it out into long strands, and then making coils to build the structure. "You have to get it wet enough," she said, "'cause if they crack, that's usually trouble." After completing a piece, she let it dry, and then wet it again so that she was able to scrape the surface and polish it with smooth rocks to create a traditional, velvet-like finish. Sometimes, she carved designs in the surface or added elaborate handles in the shape of turtles or other animal forms. "A long time ago, they used to paint the surfaces," Harris said, "but they never put glaze on them."

The firing process involved burying the pot and heating it in an open pit, adding multicolored burnt shades of black and deep orange. "I might use some soft woods to start it off with, but when you want to burn them real good, hard wood is better. I've always found that it's better. It holds heat longer. Makes it burn faster."

Harris was a role model and teacher who worked with many apprentices. For her, making pottery was fun. "I like to make them when I feel good. My husband used to get after me.... 'Why don't you quit doing that?' And I said, 'Well, I like to do it.' He says, 'There's a lot of hard work in it.' And I said, 'I know it. It's a lot of fun, too.'"