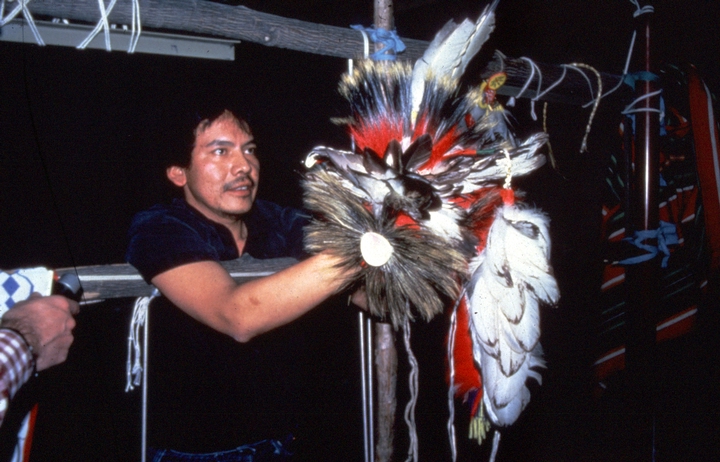 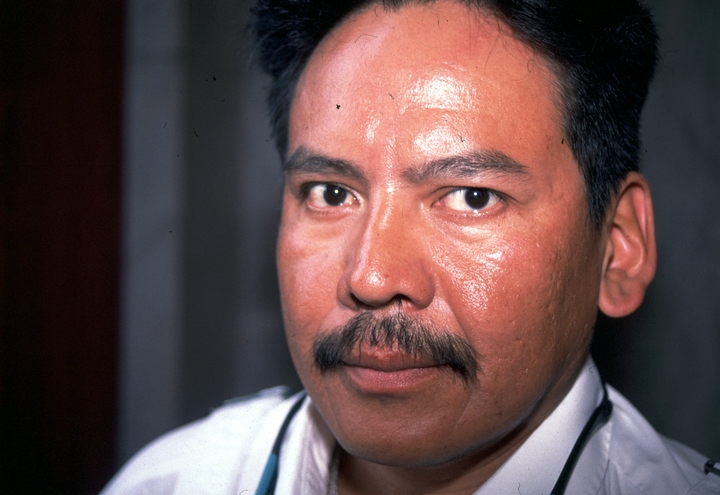 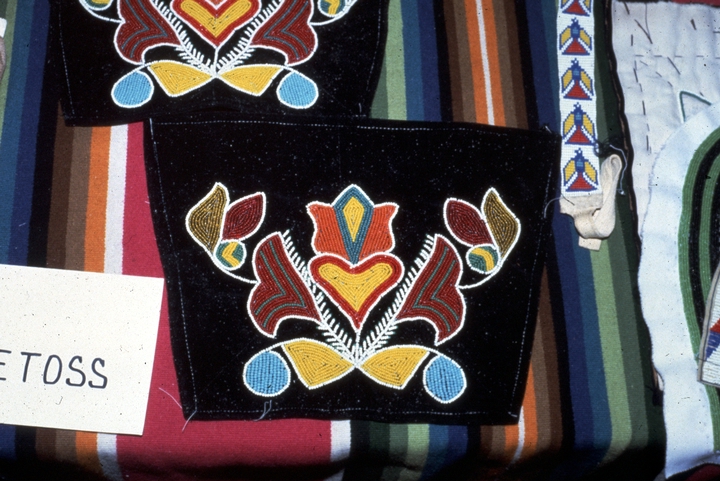 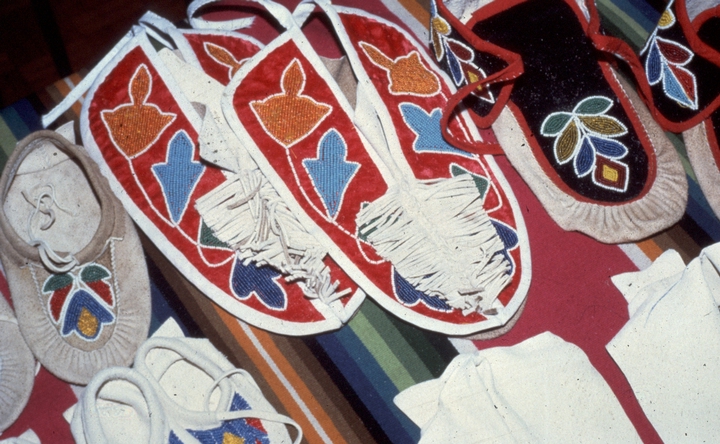 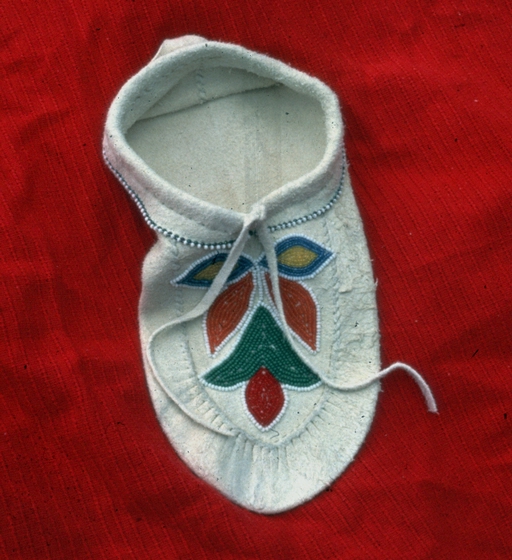 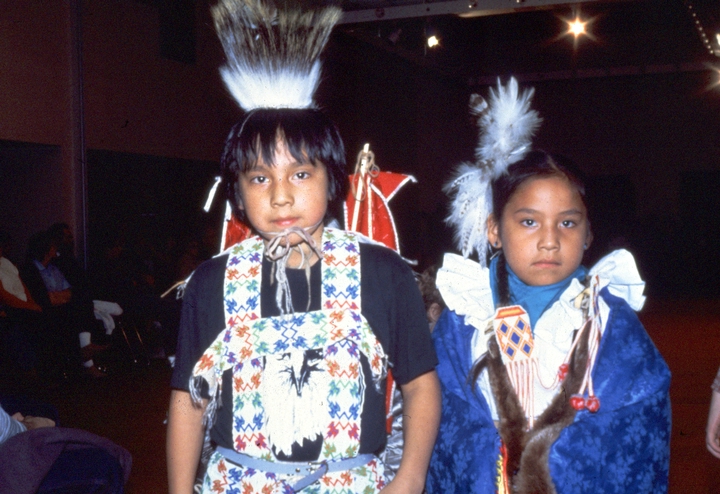 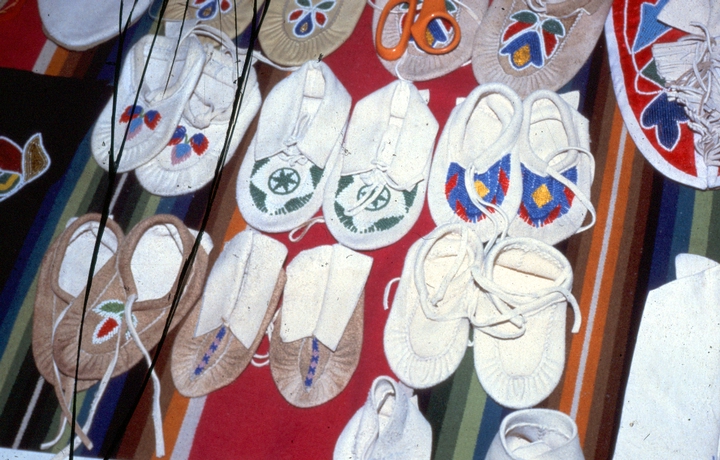 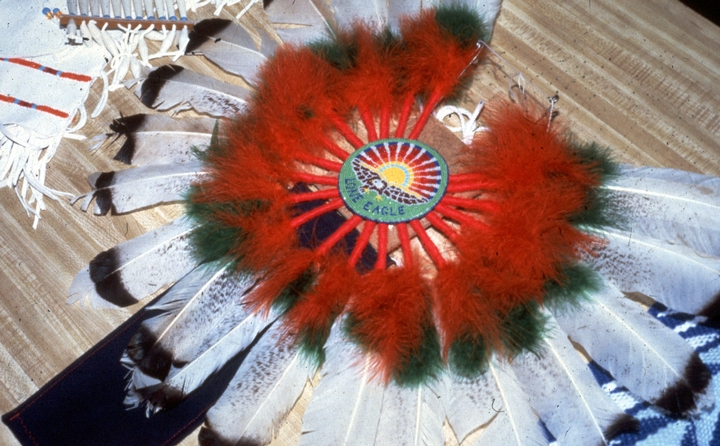 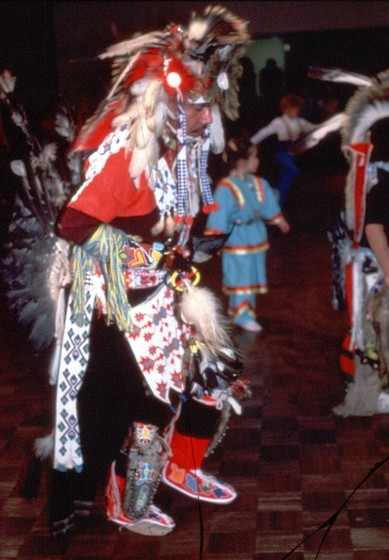 Gerald Hawpetoss is of Menominee and Potawatomi parentage. He was born in Zor, Wisconsin, a settlement in the remote western part of the Menominee reservation established in the nineteenth century by tribal members who rejected conversion to Christianity. When he was 8 years old, his father gave him to Ernest and Mary Jane (Hawpetoss) Neconish, his great-aunt and great-uncle, to raise in hopes that they would teach him tribal traditions.

His great-grandmother was an important Menominee moccasin maker and passed on her skills to Gerald's great-aunt. She, in turn, passed them on to Gerald. "I come from a family," he said, "where it seems we always made the moccasin traditionally and the tribe received their moccasins from our family. Besides, there is no one else who knows how to make the moccasin anymore. And I know the legends associated with the moccasins. Tanning hides is a governing agent which has great influence on our traditional manner of lifestyle. My grandmother said if hide doesn't turn out soft, it's not a matter of skill. It means that within a year the owner should make ready for the journey to the land of God. My grandmother's mother passed this art form to her, and she passed it completely on to me. It's my responsibility now."

Hawpetoss learned every aspect of making moccasins: tanning the deerskin in the traditional way; the three main types of moccasin design; and the beadwork, quillwork and ribbon appliqué designs selected from a large repertoire of traditional motifs particular to the many tribes and subgroups in the region. He became the outstanding traditional moccasin maker of the Menominee tribe. Though his creations are highly prized, they seldom bring financial rewards. Many moccasins are given away, as tribal custom dictates, for occasions such as weddings and funerals.

Hawpetoss also became a master of beadwork, featherwork and the making of all parts of the traditional Menominee dance regalia, including roach headdresses woven from porcupine and deer tail hair, elk horn headpiecesand dance bustles. He became expert at creating the osakapun, a fingerwoven beadwork widow's funerary ornament. In addition, he became very knowledgeable about the meaning of his creations in terms of Menominee religion. "My great-grandmother is Osakpun Fish, daughter of John Fish, a true river chief of the Menominee Nation. All subchiefs are subject to his rule. Many considered him the greatest medicine man, and I understand he was respected as true chief. In that, my great-grandmother would stand up in council and dictate her understanding of the situation. All would yield to her will because she was chief, and no man interrupted."

Since the mid-1980s, Hawpetoss has felt a greater responsibility to pass along his knowledge to others of his tribe. He has taught at the Indian Community School of Milwaukee; participated in the Wisconsin State Folk Arts Apprenticeship Program; and been listed in the state's artist-in-education directory. "As long as the Lord keeps me alive," he said, "it means that he still wants me to teach my traditions."