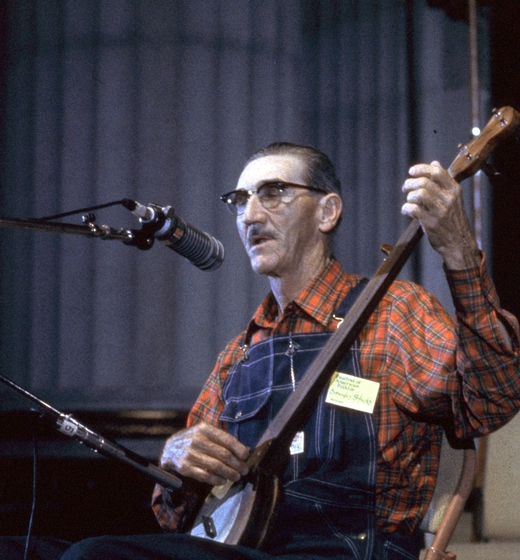 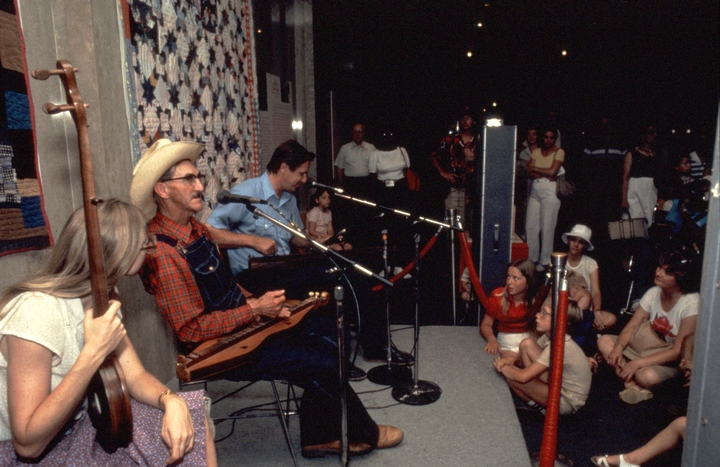 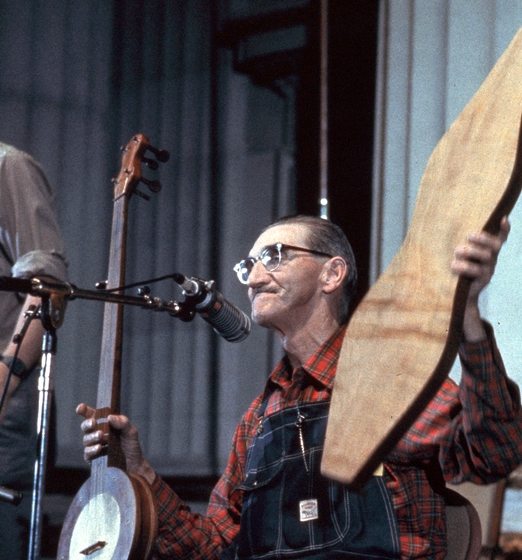 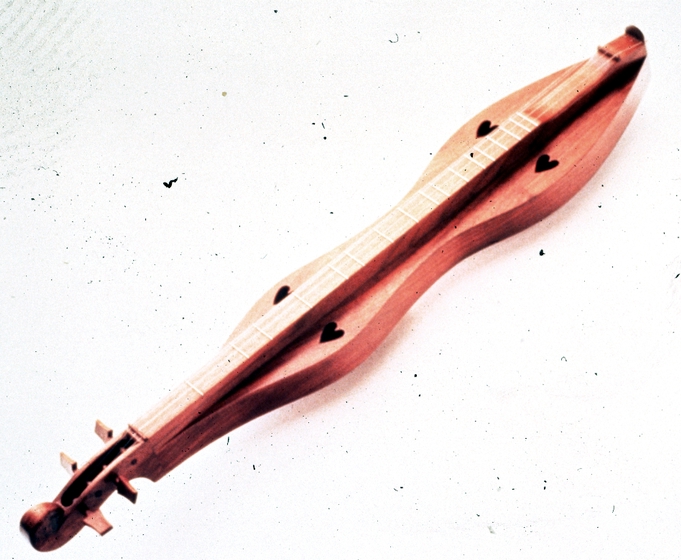 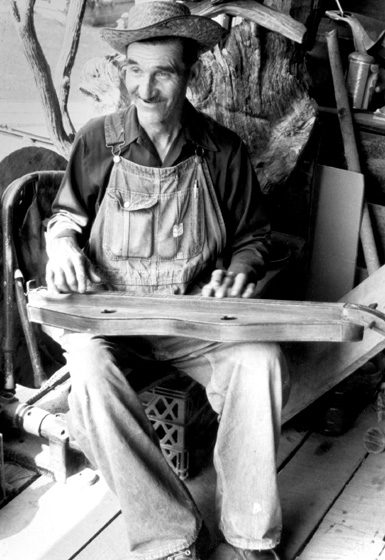 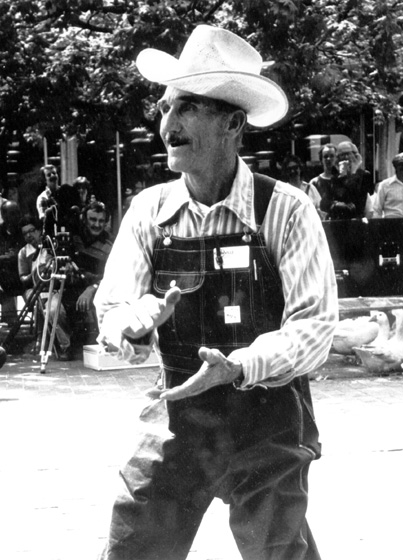 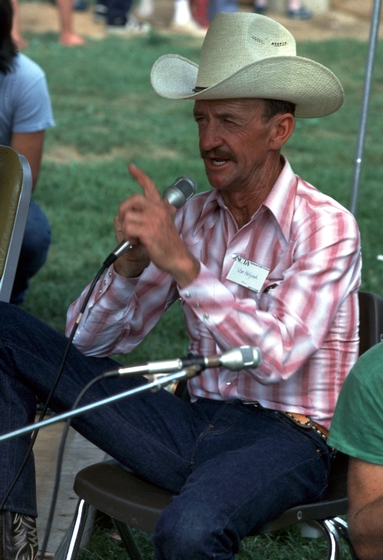 Stanley Hicks was born in 1911 in Wautauga County, North Carolina, in an area first settled by his great-grandfather, David Hicks. "He came from England ... to Wautauga County," Hicks said, "and settled up at Valle Crucis. He gave 25 cents an acre for about 200 acres of land. A year or two after he was there, he traded it for a black and tan dog and a hog rifle and a sheep hide. He couldn't raise his family on a farm, and he'd take the hog rifle and his dog and kill game, you know, bears, deerand turkeys, stuff to feed his family."

Stanley was raised on Spice Creek along with his eight siblings. He and his cousin Ray Hicks shared the same great-grandparents. Life for the Hicks family was hard; there were no jobs in the mountains, and families struggled to get enough food. "Back then, you see," Hicks explained, "people raised what they eat and eat what they raised. They didn't have nothing to buy it with."

Hicks' family raised hogs, chickens and guinea hens. They cured their own meat and ate or sold the chicken eggs for 12 cents a dozen. They grew sugarcane to make molasses, corn to make corn meal, wheat to make flour. His mother sewed clothes and knitted socks and gloves, and his grandfather made his first pair of shoes.

From his family, Stanley was taught to become independent and self-sufficient. Like his grandfather, Sam Hicks, and father, Roby Hicks, he learned to make finely crafted banjos and dulcimers. He made his first banjo when he was 15 years old, using a cat hide for its head and wood from the walnut and cherry trees that grow on the ridges near his farm.

Growing up, Hicks took what jobs were available. During the Depression, he worked for the WPA (Works Progress Administration) for 75 cents a day. If the road crews were hiring, he did that, and if they needed someone to haul water, he volunteered. Like many others in the Blue Ridge region, he occasionally had to travel away from home to earn a living and support his family. He worked for an orchardist in upstate New York, for a manufacturing plant in Virginia and for a chicken farmer on the Piedmont.

As a young man, he liked to participate in corn shuckings and square dances, which were held wherever they had room and often involved a contest to see who shucked the most red or speckled ears of corn. The winner, Hicks says, got to kiss the prettiest girl. "They'd shuck like crazy to see who could get the most red ears and get to kiss that girl. Sometimes, when you kissed them, you got your jaw busted. But most of them didn't get too bad — sometimes you'd have to run them down and get a hold of them to kiss them."

If there wasn't room in a barn to dance, the dancers would take turns, or the group might hold its square dance outside. Many of the young men played banjo and fiddle, but no one ever played dulcimer at a square dance. In addition to square dancing, Hicks was renowned for his flatfoot jumping-jack dance, which he learned at Beech Mountain play parties as a child.

Hicks cut his finger off at the joint while making dulcimer fingerboards, and this disability forced him to abandon the clawhammer style he played on the banjo and to develop his own individualized approach. He loved to perform and to tell stories as he played and sang. He was an exemplar of the creative traditions that have long flourished in the close-knit families of Appalachia.