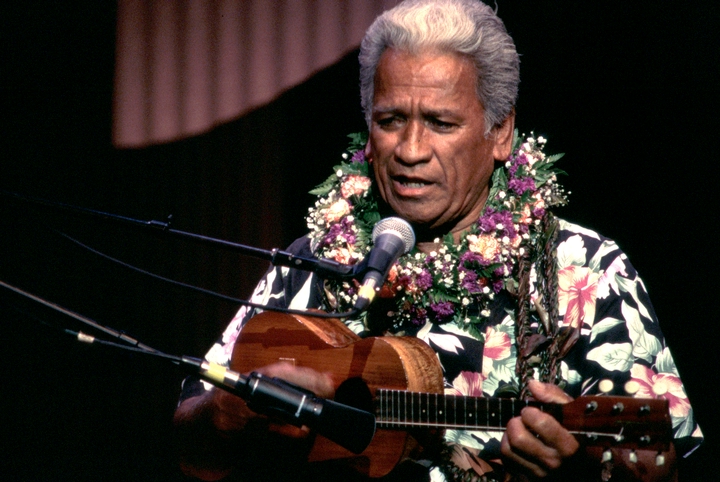 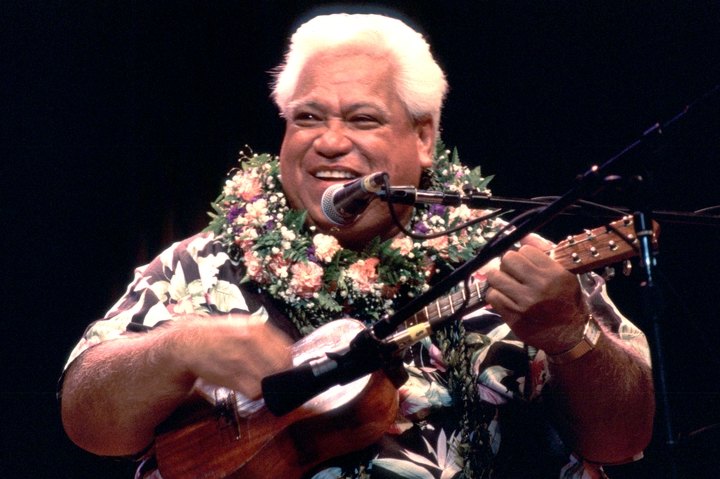 The Ho'opi'i brothers were raised in the rural village of Kahakuloa on the island of Maui. Solomon was born March 28, 1935, Richard on March 15, 1941. Their father, Frank Ho'opi'i, was a schoolteacher who stressed discipline and church values to his large family. "He taught us to play ukulele when we were young," Solomon said. "I started at around 3 years old. Brother Richard started about the same age [at about age 5.] I even remember as a baby, he would always crawl over to watch whenever somebody was playing music."

Their mother, Abigail Lum Lung Ho'opi'i Kenolio, insisted that the family attend church on Sundays and at other times during the week when work needed to be done or services were held. "In church we sang himeni, Hawaiian hymns," Richard said. "We learned harmony and the importance of praising God with our best voice and with all our hearts. Brother Sol and I still start every performance, even rehearsals, with a pule [prayer]. And we love to sing religious songs."

When they were not in church, the Ho'opi'i brothers got together with other family members to sing and play music. "We sang in grade school, at home parties, luaus, and other gatherings," Richard said. "When it was time to relax, they would go for it. Everybody shared in the entertainment with music and hula and plenty of food."

Growing up, the Ho'opi'i brothers were also inspired by the Hawaiian recordings that they heard, most notably Uncle Joe Keawe and Aunty Genoa Keawe, who, Solomon recalled, inspired him to learn falsetto singing. "I used to listen to them and try to sing along." Richard concurred, but added that sometimes "when we started singing leo ki'eki'e, some of the other kids would make fun of us and call us names, but we kept on, and now many of those same people ask us to perform for them at weddings and baby luaus, like that."

Through the years, Richard and Solomon developed a distinctive sound. Their music was marked by its open, robust style of falsetto singing that included all the ornaments, register breaks and changes in timbre carried over from ancient chant. These were all features of the himeni (harmonic) style of leo ki'eki'e. They typically accompanied themselves on the ukulele.

In the 1970s, they formed a duo, the Ho'opi'i Brothers, and with assistance from the Hawaiian Music Foundation, they began performing professionally in concerts and at hula festivals. Their first album, entitled No Ka Oi, was released in 1975. This was followed by four others issued on the Poki label. In the 1980s, Francis Ku'ailani joined them on bass, though they continued to perform as a duo and with another group called Da Bunch, which included Aunty Genoa Keawe, Aunty Violet Liliko'I, Ledward Kaapana, Huanani Apoliona and Barney Isaacs.

A 1999 stroke forced Solomon to stop playing and he died March 1, 2006, but Richard has continued performing. He is featured on three of George Kahumoku Jr’s Grammy Award-winning compilation CDs, is a frequent guest artist at Maui’s Slack Key Show and travels regularly to the mainland with the Masters of Slack Key Guitar.

"Solomon does sing in the chorus of the Jesus is Alive church, and I've been performing all over – Tokyo, Japan, and Las Vegas," Richard said. "I travel with a bass player and a guitar player and a hula player. I love continuing while I still have the energy."