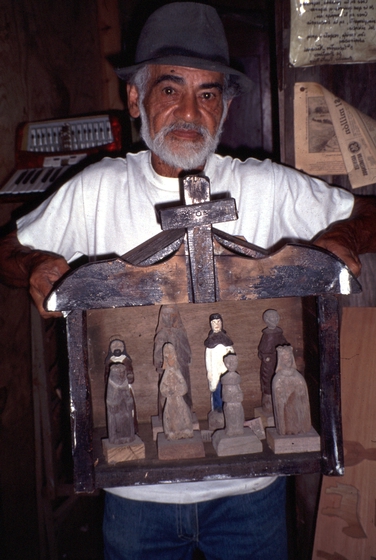 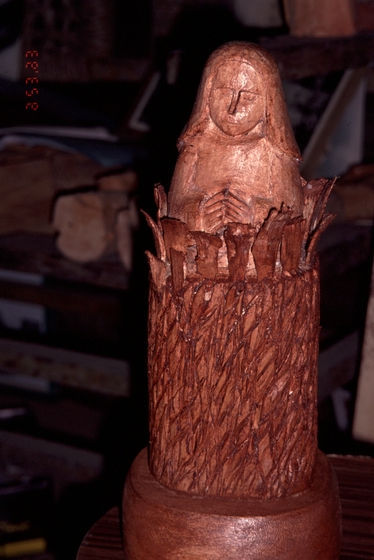 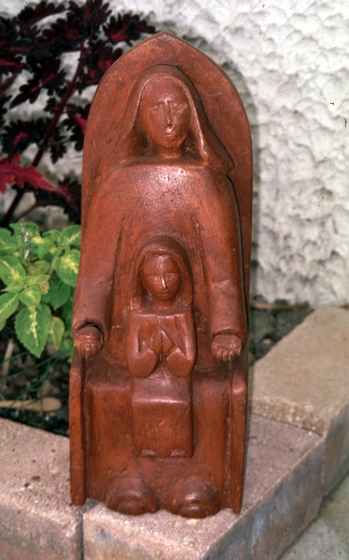 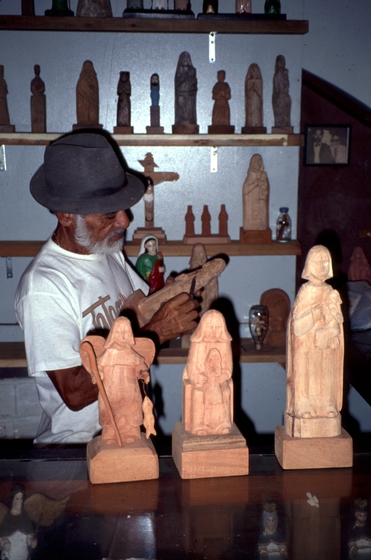 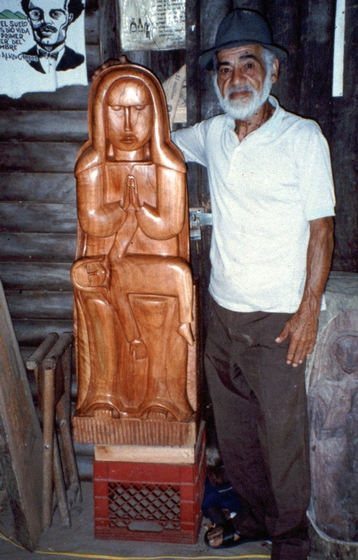 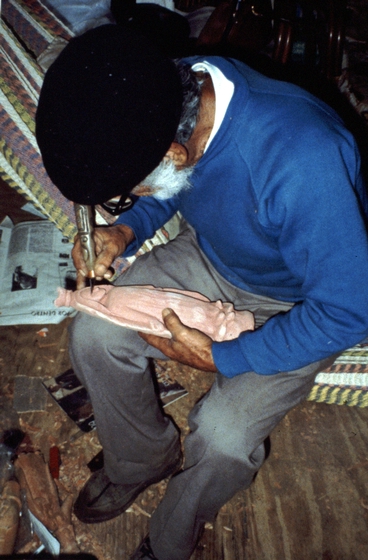 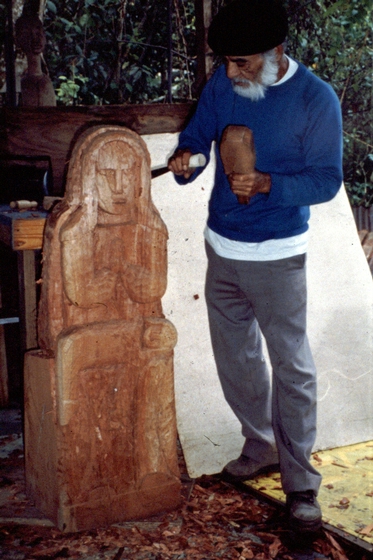 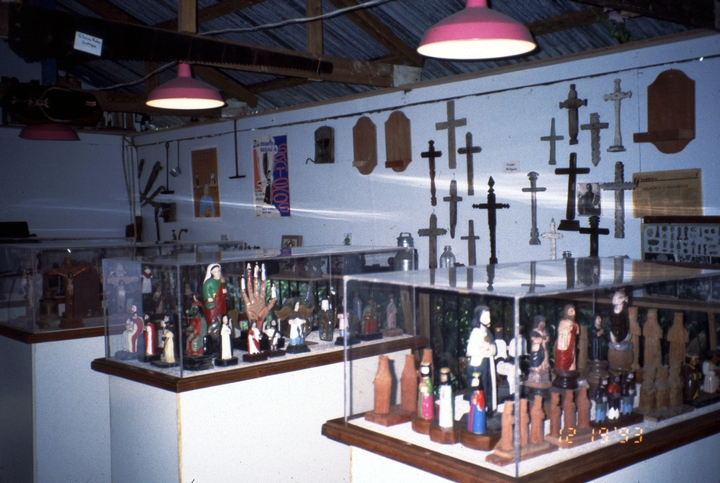 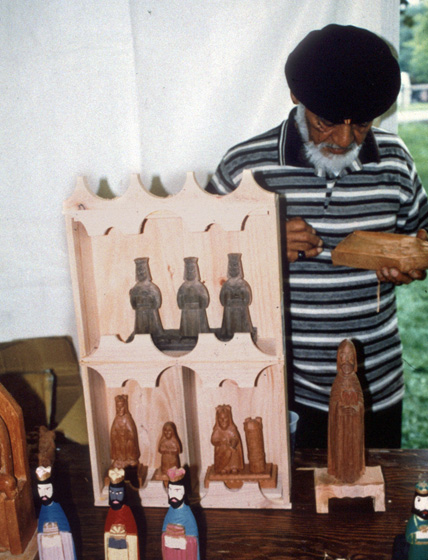 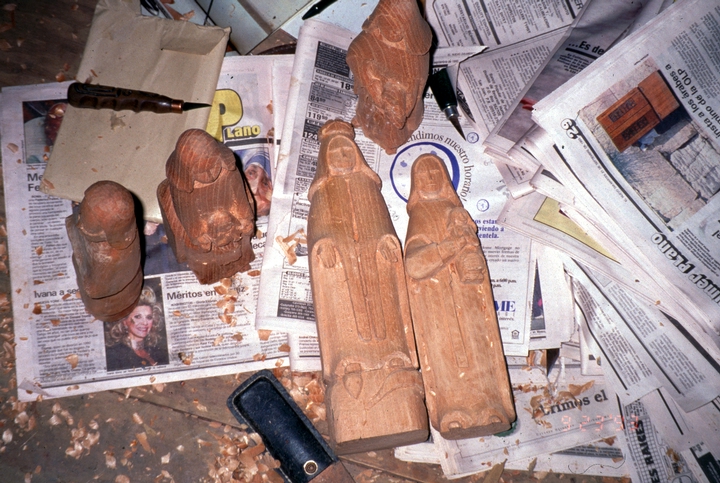 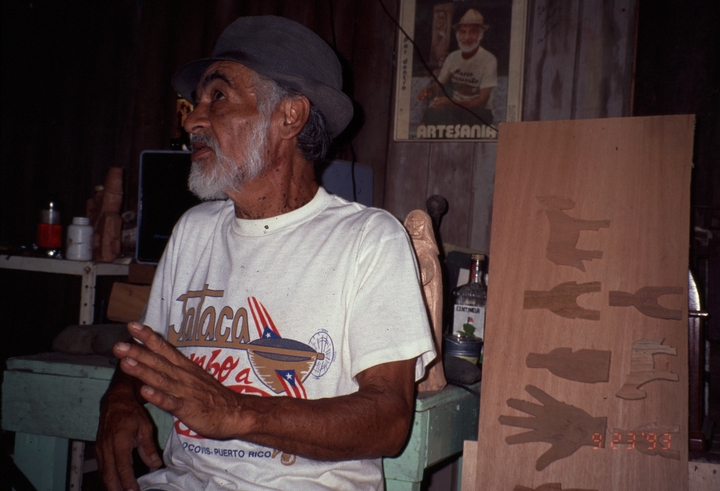 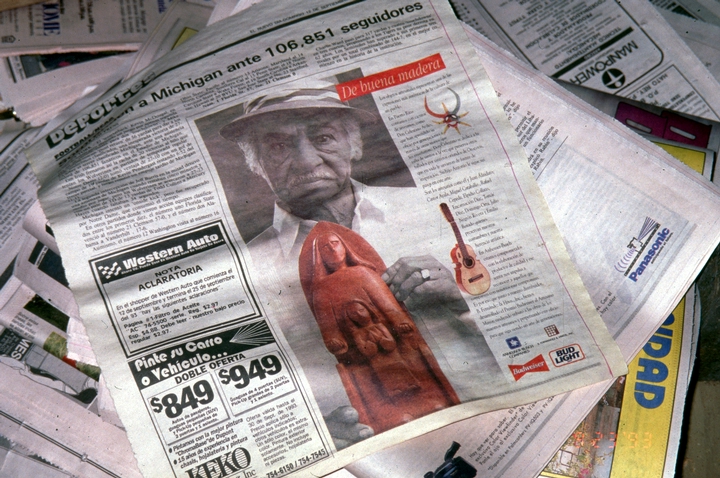 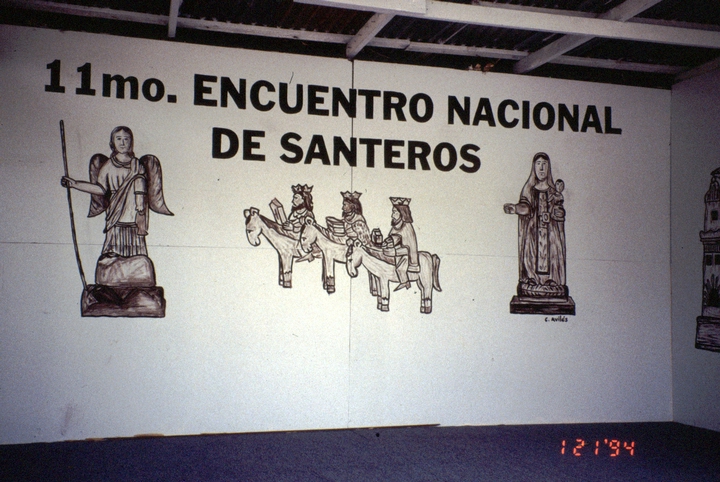 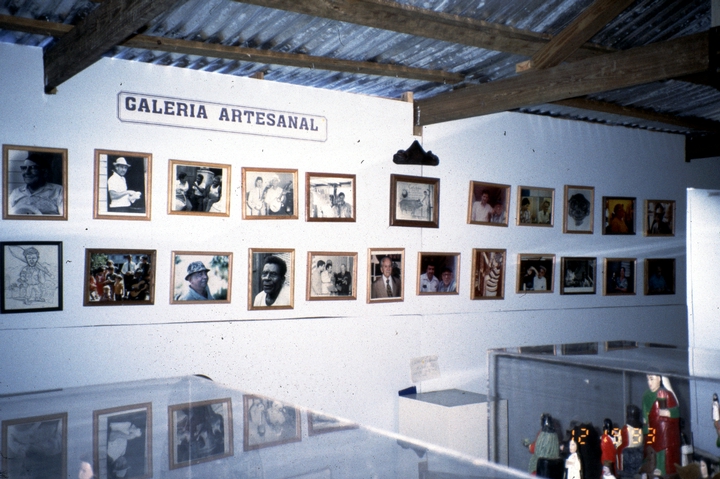 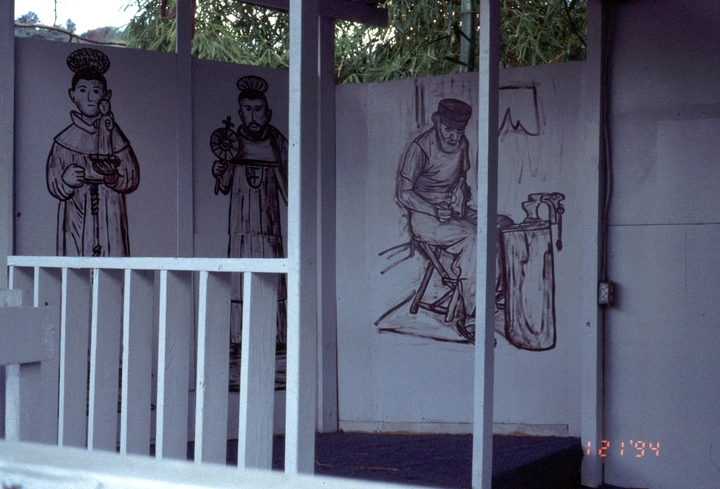 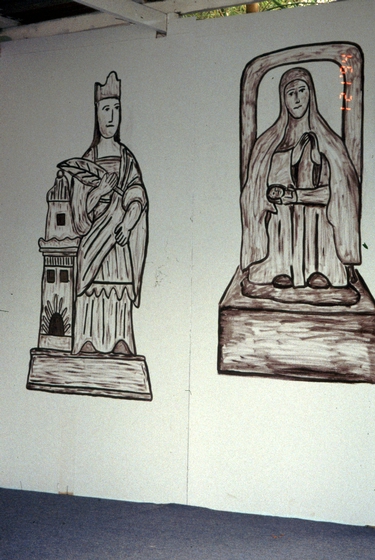 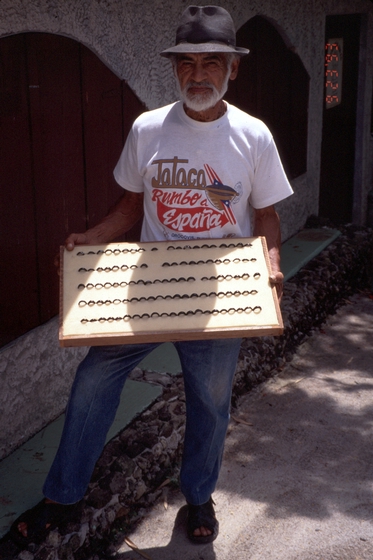 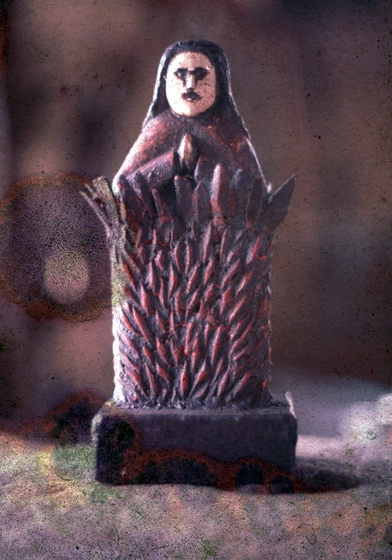 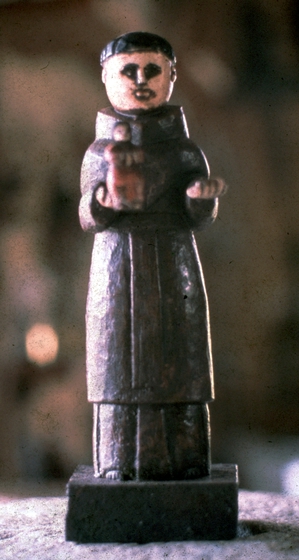 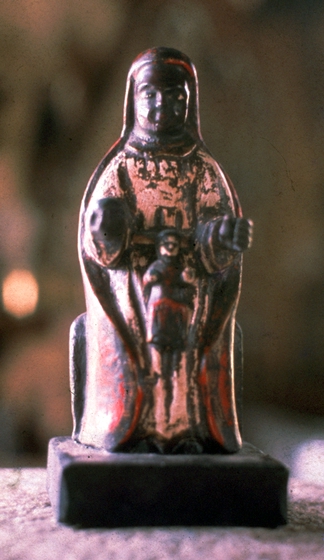 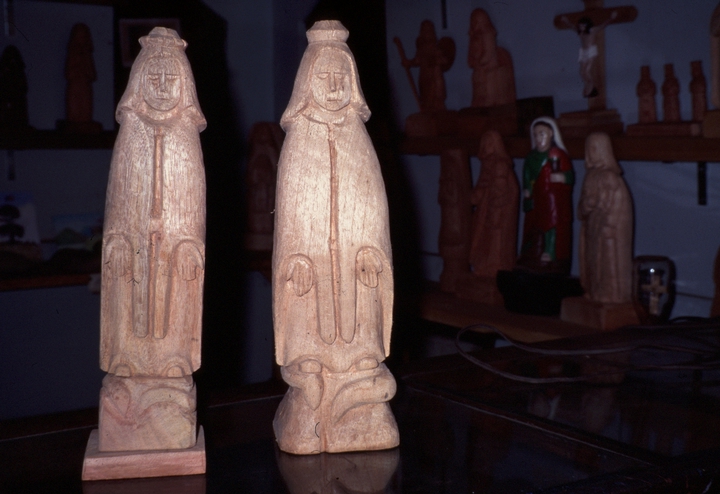 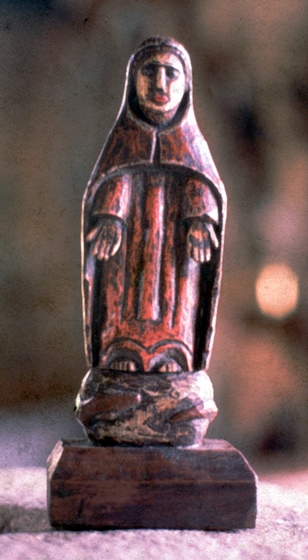 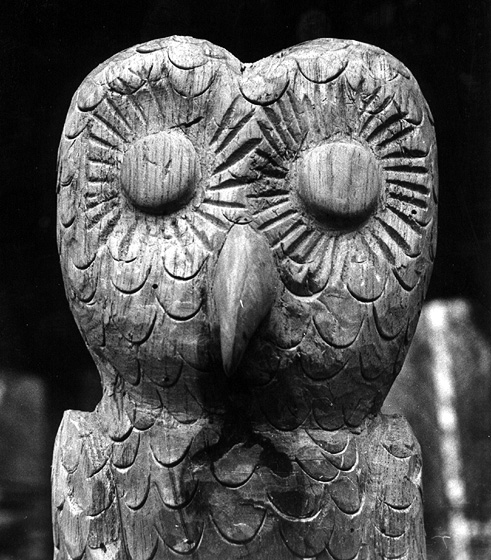 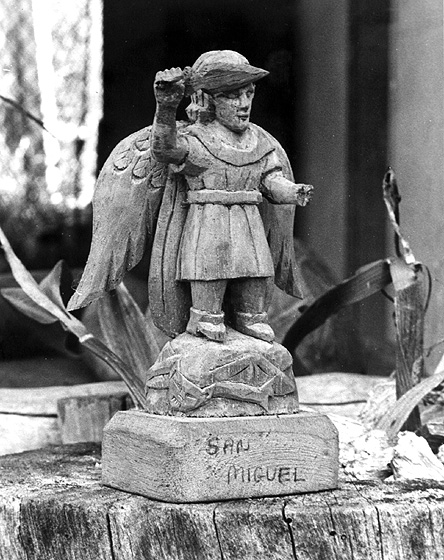 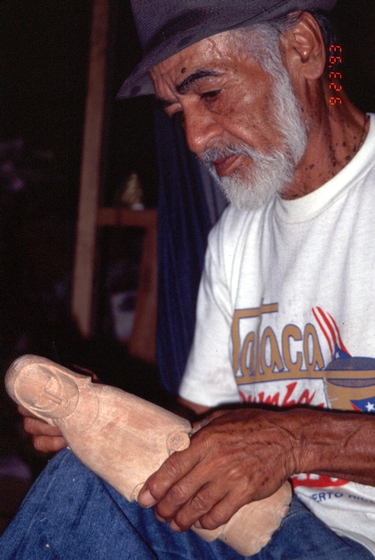 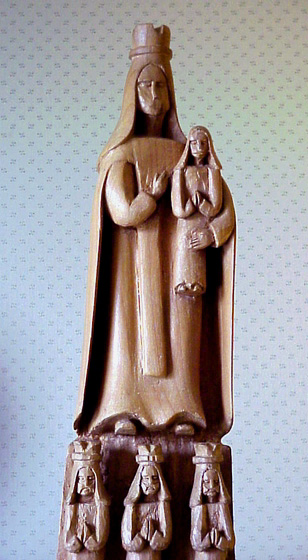 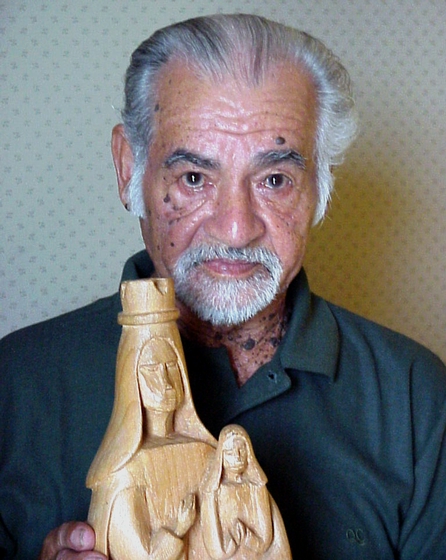 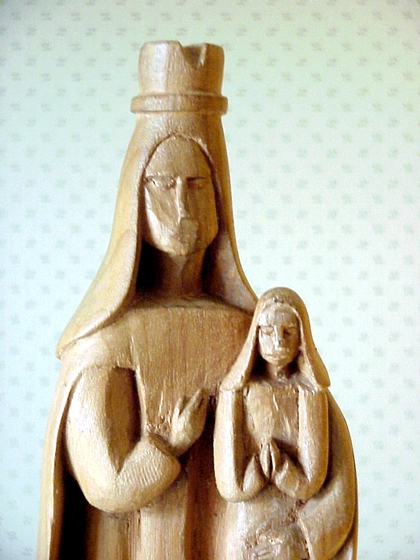 In grade school in the hills of Puerto Rico, Celestino Avilés liked to make rings of corrozo, the nut of the cohune palm. By rubbing the nut on the ground, he was able to polish it, turning its surface a rich black.

In 1944, Avilés enlisted in the United States Army and served as an infantry sergeant. After his discharge, he returned to Puerto Rico and completed high school. In 1947, he married Isabel Burgos, and four years later he moved to New York and studied automatic transmission mechanics at the New York Trade School. While in the United States, he worked on his corrozo rings in his free time and perfected his technique.

After returning to Puerto Rico, Avilés started to attend craft fairs, where he had the opportunity to meet Norberto Cedeño, a carver of santos, wooden saints, from the town of Vega Baja, and Juan Cartagena, a carver from his hometown of Orocovis. Avilés watched these master craftsmen carefully and over time became interested in making his own santos. At first, Avilés helped Cartagena paint and fix his santos, and in 1965, he said, he "officially" started to carve by himself.

The tradition of making santos dates to the early period of the Spanish conquest of Puerto Rico, where farmers in the isolated mountains of the island continued to carve them for centuries. Using local woods, the santeros developed their own indigenous aesthetic.

Avilés has what he calls a "simple" style, preferring not to paint his santos or to use a pattern. He carves from memory and strives to make a single figure from a complete piece of cedro hembra, the wood of a female cedar. Usually Avilés starts work early in the morning and carves figures in groups. Once he has the saint nearly done, he leaves the details for last and tries to not repeat the posture, dress or gesture of other santos he has made. All of his saints have closed eyes, in a position, he said, of absolute religious solemnity.

In 1982, Avilés founded the Museo Orocoveno, known locally as the Museo de la Familia Avilés, in order to preserve the history of saint carving in his region of Puerto Rico. A year later, he initiated the Encuentro Nacional de Santeros (National Gathering of Saint Carvers) on the grounds of the museum to involve local carvers and encourage them to share their experiences and skills. Through the years, Avilés has been a catalyst for the perpetuation of the santero tradition, and has served as a mentor and inspiration for aspiring young carvers.

Celestino Avilés answers the question 'How did you get interested in wood carving?' Arlington, Virginia, 2001, interview by Alan Govenar

Celestino Avilés answers the question 'What kinds of wood do you use?' Arlington, Virginia, 2001, interview by Alan Govenar