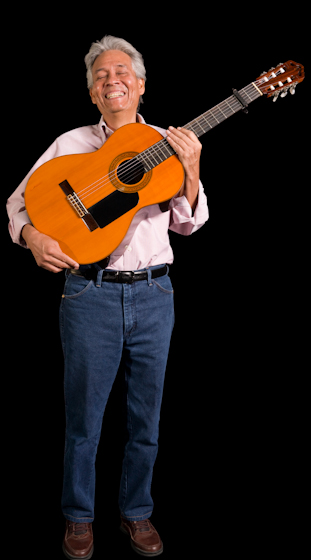 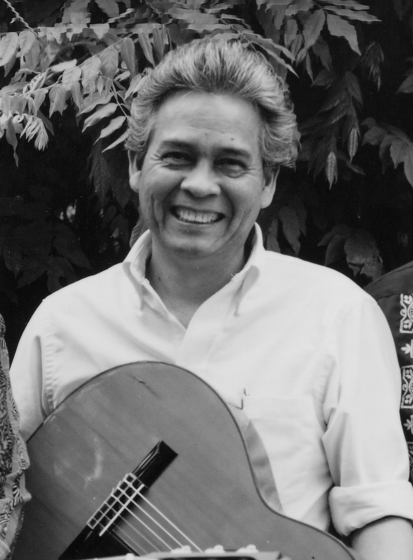 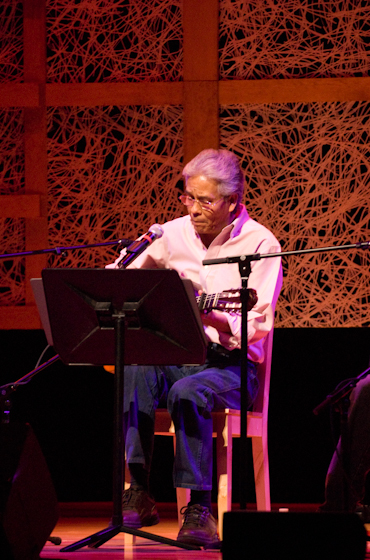 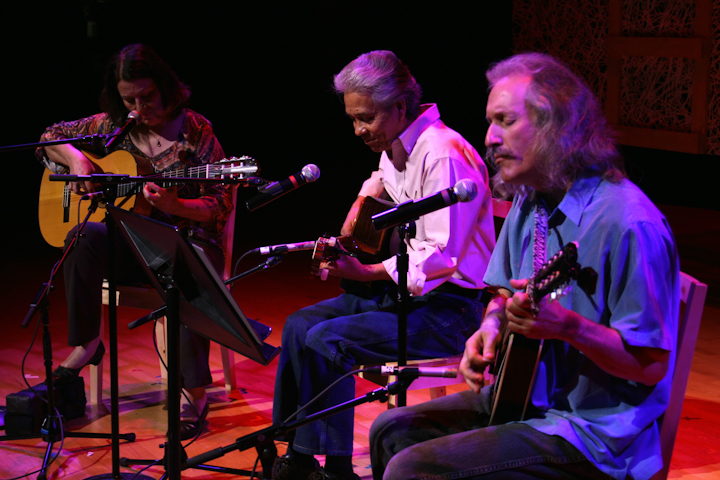 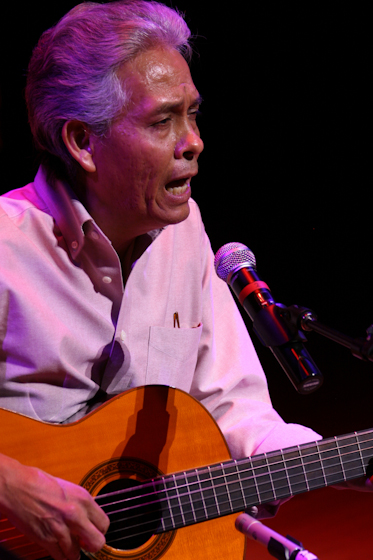 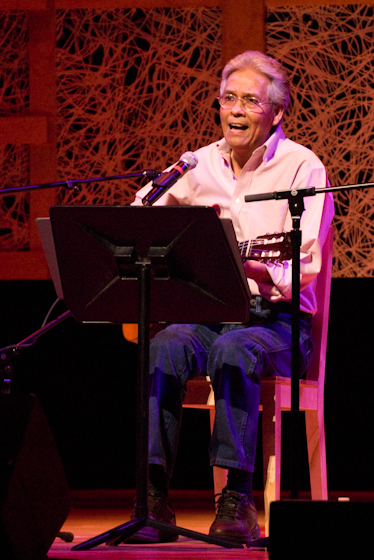 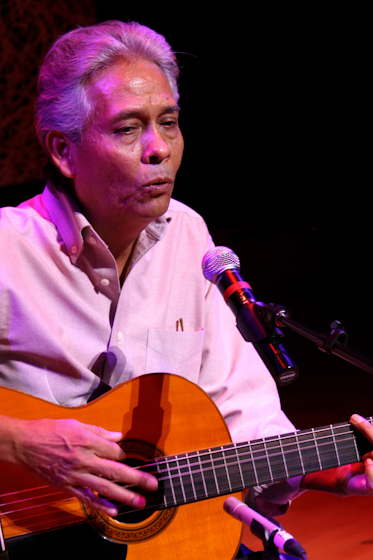 Agustin Lira, born in Torreon, Coahuila, Mexico, has been an activist through music and theater since he became a volunteer for the United Farm Workers union in 1965. His work reflects his experiences as an immigrant struggling against prejudice in his adopted homeland.

When Lira was a year old, his family moved to Ciudad Juarez. While his mother worked across the Rio Grande in El Paso, Texas, he was raised in a loving environment by his grandmother, aunts and uncles. Music came into his life early, and he recalled singing popular songs of the day with his Aunt Petra as they washed dishes together.

When Lira was about 6 years old, he moved with his mother to Lordsburg, New Mexico, where he encountered racism while attending first grade. Because he spoke only Spanish, he was whipped and thrown into a closet and had his mouth washed out with soap. “That made me into a tremendous rebel, because I wasn’t going to let these people push me around,” he said.

After a year in Lordsburg, Lira moved with his mother and siblings to the San Joaquin Valley of California, where they followed the crops, then settled in Selma. In high school, he sang in a quartet and in the choir and performed in operettas and plays. He also studied art and became a champion tennis player.

Lira’s mother died about the time he graduated from high school in 1963, and he spent a couple of years feeling lost, trying to find himself. Then he heard that the United Farm Workers union, under the leadership of Cesar Chavez, was looking for volunteers and would provide food, clothing and training. He joined the UFW at its headquarters in Delano, California, and became involved in its bitter strike against grape growers. He and fellow volunteer Luis Valdez started the troupe Teatro Campesino to dramatize the issues and educate the workers. They worked on material after a full day of activities that began as early as 4:30 a.m. “So it was all done with nothing but raw energy and sacrifice, too, also,” Lira said.

The performers created their own simple backdrops and props such as a pig mask to depict particularly brutal growers. Initially, the troupe performed only for other farm workers, but as it became better known it performed in San Francisco and other California cities and made fund-raising tours to Texas and other states. In the late 1960s, Teatro Campesino appeared on television in New York and at the Newport Folk Festival. The group won major awards and was profiled in national publications. The group’s widespread recognition, Lira said, caused jealousy and rivalry that led to its separation from the UFW within a few years, though he maintained an association with the union. Lira has continued to perform, record and organize theatrical troupes. “I spent a long time going into different communities and either teaching music or theater or both at the same time, and the goal was always to teach people, to try to have a perspective, to get involved, to change things, to voice their opinions,” he said.

Lira’s music reflects his diverse background. When Chavez asked him to write a song for the 1966 union march from Delano to Sacramento, Lira enlisted the aid of many of the talented musicians he had met in the union struggle and adopted a rhythm learned from a farm worker for the march, “La Peregrinacion” (“The Pilgrimage”).

Though he’s written other types of songs, including love songs, Lira said, “it’s true that a lot of my music does reflect the struggles of many people in this country. I wanted to make American conscious of the treatment of these individuals.”

Agustin Lira answers the question 'What did you do after you left high school?' Interview by Alan Govenar, Bethesda, Maryland, September 17, 2007

Agustin Lira answers the question 'What kind of music are you writing?' Interview by Alan Govenar, Bethesda, Maryland, September 17, 2007

Agustin Lira answers the question 'What was the mission of Teatro Campesino?' Interview by Alan Govenar, Bethesda, Maryland, September 17, 2007