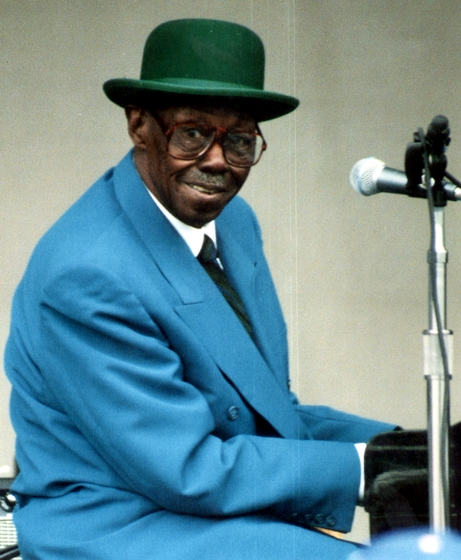 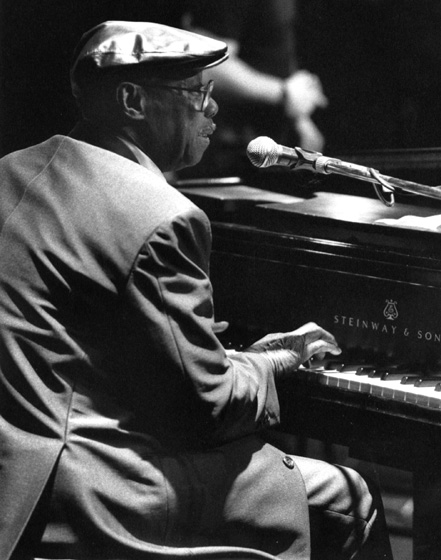 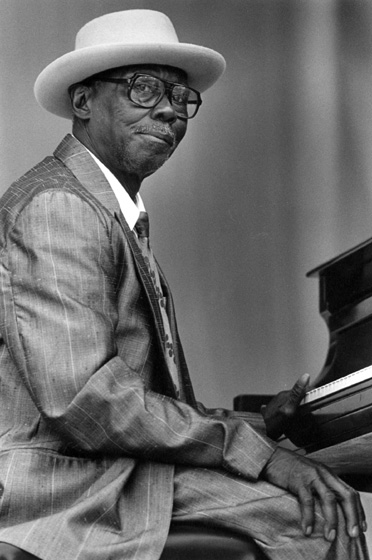 Joe Willie "Pinetop" Perkins grew up in a farming family in Belzoni, Mississippi. His first musical instrument was the only one he could afford, the diddley bow, a wire stretched between two nails driven into a wall and fretted with a bottle. "The way I learned was listening to records: Leroy Carr, Pinetop Smith, Robert Johnson," he said. "I could hear the [chord] changes coming. Never had a piano in the house, guitar either, just that thing on the wall. I was about 12 when I started playing piano. I was playing guitar before I was playing piano, y'know. I bought me a Stella, then sold that. Got me a Harmony electric."

Soon Perkins was working professionally, playing dances, house parties and even chicken fights. He got his nickname because of his fondness for "Pinetop's Boogie Woogie" by Pinetop Smith. "They used to call me 'Pinetop' because I played that song," he recalled. He also played drums, often switching back and forth from percussion to piano while working with pianist Willie Love in the 1930s.

In 1943, Perkins, on guitar, teamed up with slide guitarist and singer Robert Nighthawk's band, playing parties around Helena, Arkansas. They also played on Helena radio station KFFA, on a show that advertised Bright Star Flour. Soon Perkins joined harmonica great Sonny Boy Williamson (Rice Miller) on a rival KFFA show, King Biscuit Time. The musicians from the show also made local appearances, advertising King Biscuit products. "After we got through with the show, it wasn't but fifteen minutes a day, then we would get in the trucks and go to different towns, set up and play.... We used to go 'round to different towns, advertising the flour and meal and stuff. They had a piano sitting on the back gate of a truck, and I would be playing up there. Sonny Boy and them would be down on the ground. With Sonny Boy, we was always on the run. We do this here, then gone somewhere. They kept us over in Mississippi all the time. We played down in Bruce, Lambert, and stuff. That kept us going all the time. We worked hard for the company. He'd drive the wheels off the car...."

During that time, a drunken woman, mistaking Perkins for someone who had pulled a prank on her, attacked him with a knife in a Helena cafe, badly injuring his arm. "I played with one arm a pretty good time on the air," he said. "The people said I played more with that one hand than I did with two of them." He became a two-handed pianist again but never regained enough strength in his left hand to chord a guitar.

After leaving King Biscuit Time, Perkins moved to Memphis, where he played with B.B. King on WDIA radio, advertising Lucky Strike cigarettes. The pianist stayed a few months in Memphis, then moved to Cairo, Illinois, still playing with Nighthawk, whom he calls the best slide guitarist he ever heard. Perkins' first foray into Chicago came in 1951, when he recorded with Nighthawk on the Chess label. Perkins says his name didn't appear on that record, "Jackson Town Gal" and "630," because he wasn't in the union.

Perkins workedagain in Cairo, then in St. Louis, before going to Chicago with guitarist Earl Hooker. In 1969, Muddy Waters hired him to replace Otis Spann. He stayed with the Waters band for twelve years. "Muddy carried me many a place, I can tell you that," Perkins says. "He carried me some places I never would have went because I was scared of airplanes, see.... We had some good times, some bad times, too.... I liked Muddy. He was like a brother, man."

In 1980, Perkins and other former Waters sidemen formed the Legendary Blues Band, which toured and recorded extensively. In the 1980s and 1990s, he recorded numerous albums and won W. C. Handy Awards for Instrumentalist of the Year. Age had dimmed little of the power of his playing, which over the years was characterized by percussive right-hand fills and an intricate "three-fingered boogie" style (three fingers carrying the entire boogie bass). Despite all the accolades, Perkins remained matter-of-fact about his ability: "I just had musical talent, I guess. I got big ears. I can hear pretty good."