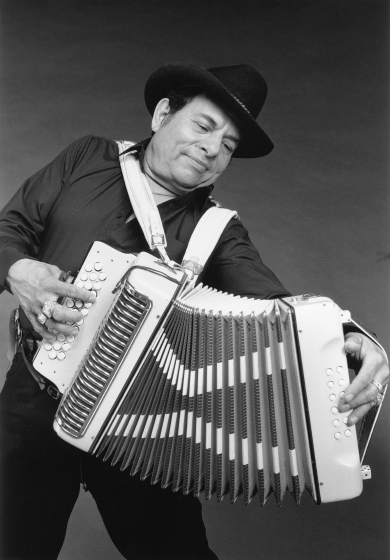 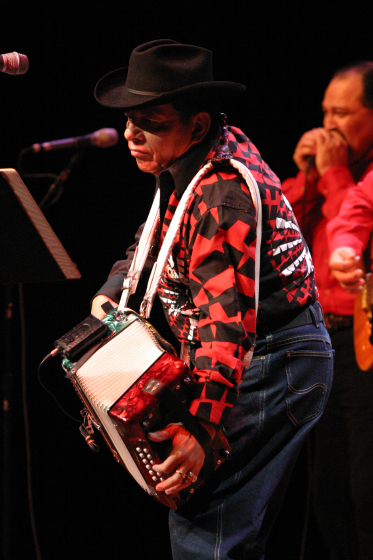 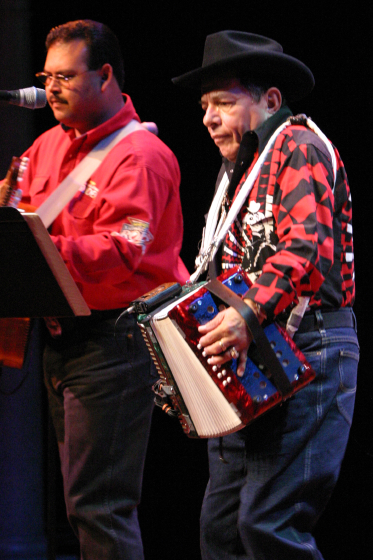 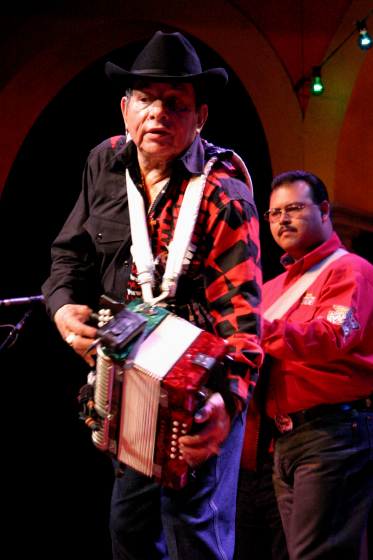 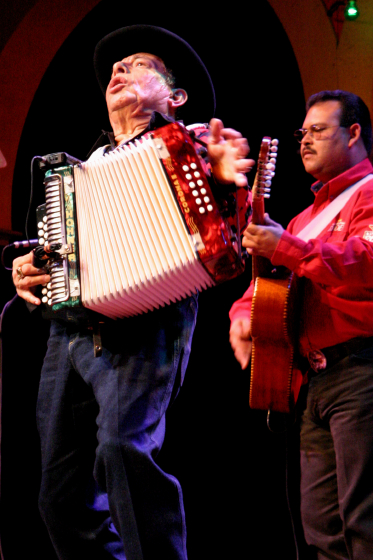 Domingo “Mingo” Saldivar learned music from his father while growing up in Marion, Texas, near San Antonio. By age 11, Saldivar was playing the tololoche, or upright bass, in dance halls in the area.

The fledgling player was exposed to another form of music on a two-year sojourn up north when he was in his teens. “We used to be migrant farmers, going up to Minnesota and Wisconsin,” he told the Lansing State Journal while in Michigan for an appearance. “Once, I decided to stay up there. There were no Hispanics to speak of.” He started listening to country music. “It was called hillbilly music then,” he said. “I liked the music of Hank Williams and Faron Young.”

Back in San Antonio in 1957, Saldivar began playing diatonic button accordion in a popular group, Las Guadalupanos. That same year, he had his first hit song, “Andan Dicenco” (They Are Saying).

Saldivar served in the Army and lived in Alaska for seven years, running a restaurant and playing music. He returned to Texas in 1970. Five years later, he formed his own band, Los Cuadro Tremendos Espadas (The Tremendous Four Swords). Since then, he has performed extensively at home and abroad, introducing his joyous, eclectic music to audiences from Mexico to Africa and the Mideast.

Onstage, Saldivar wears his accordion slung low on his body and moves as he plays, earning him the nickname “The Dancing Cowboy.” He mixes country music and other forms with the conjunto sounds of South Texas, rousing crowds with renditions of Johnny Cash’s “Ring of Fire” and other tunes not usually associated with Tex-Mex music. He’s even used a harmonica player in his band, though some people told him that it would clash with his accordion.

“I started listening to the [country] songs and found that the stories told in their songs were very similar to the stories told in our songs,” Saldivar told the Austin Chronicle. “They related to what people do each and every day of their lives. Any of the songs would apply to a lot of people, beer drinking, truck driving, women, fights, love songs. I took songs from Hank Williams and started translating some into Spanish. When I tried to do it in the late ’50s, nobody was ready for it.” By the mid-1970s, though, he said, “You had your Freddy Fenders and Johnny Rodriguezes into the picture, and that opened up big doors for everybody.”

'Mingo' Saldivar answers the question 'What was your path to success?' Arlington, Virginia, 2002. Interview by Alan Govenar

'Mingo' Saldivar answers the question 'How do you think your style defines itself?' Arlington, Virginia, 2002. Interview by Alan Govenar

'Mingo' Saldivar answers the question 'How do you compose songs?' Arlington, Virginia. Interview by Alan Govenar

'Mingo' Saldivar answers the question 'How do you think your music is related to Valerio Longoria and how does it take the music a little bit further?' Arlington, Virginia, 2002. Interview by Alan Govenar

'Mingo' Saldivar answers the question 'Do you think you have a more educated audience today?' Arlington, Virginia, 2002. Interview by Alan Govenar