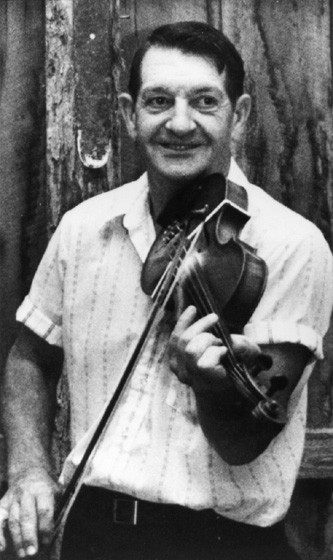 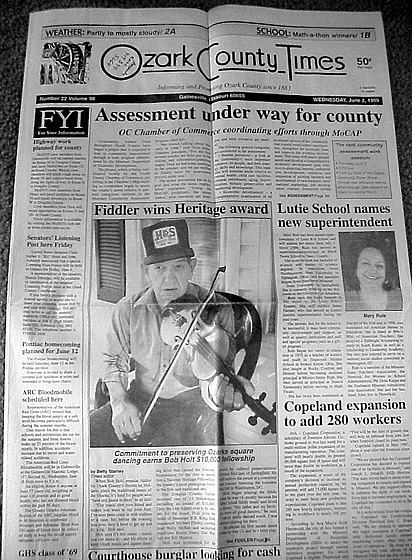 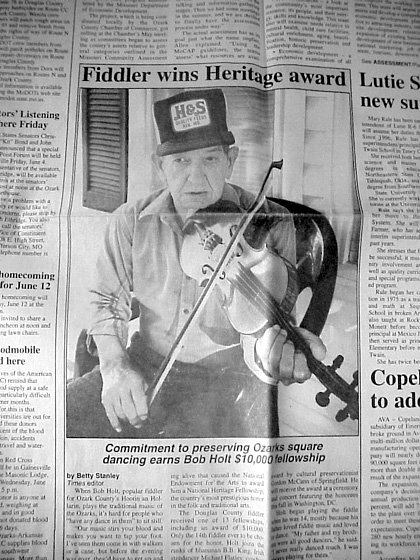 Bob Holt grew up hearing Ozark fiddle music. His family farm in Douglas County, Missouri, was on a rural trade route, and visitors would often stay the night. Bob's grandfather and father would cajole any fiddler who stopped by to stay and play for a dance. Bob's father, John, was an avid dancer and whistler. "He could whistle a perfect fiddle tune, bow shuffles and all," Bob said. "He had it. And he knew every fiddle tune, just about, he ever heard." Another source of tunes and inspiration was John Holt's brother Noah, known as "Uncle Node." He played the banjo in a style known as "drop-thumb." In addition, Bob was inspired by his grandmother's large collection of 78 rpm records of string bands, including some of the raucous, hard-driving north Georgia groups such as the Skillet Lickers, whose influence could be heard in his playing.

John Holt gave his son a fiddle when he was 15, and by age 17 Bob was playing at dances for his own family and for neighbors and nearby communities. Later, he played with country and bluegrass bands in Iowa, where he lived for a dozen years. But he tired of playing commercial music in bars and nightclubs. In 1965, he returned to the farm near Ava, Missouri, where he grew up. He found that he'd "rather milk cows for a living and then play for fun. Then I can play what I want to!"

Holt remained in demand among the dancers of the area, who often gathered informally on weekends for traditional square dancing, indoors or on wooden platforms placed outside. He often kicked off the dancing with a call for dancers to "decorate the floor."

Ozark square dancing is high-energy and percussive and may appear chaotic to an outsider. Each set of four couples has its own caller, and there's a lot of individuality in the dancing. The spectators lined up around the dance floor jig to the music, too. The fiddler provides what Holt called "working rhythm." Holt looked relaxed as he played very fast music for hours on end, at a pace determined by the dancers, who called out for the fiddler to play faster even if they could hardly keep up with the music.

In addition to playing for dances, Holt was in demand at festivals and workshops around the country. He developed a broad repertoire that included waltzes and blues. But he was committed to the dance music of the area, teaching younger fiddlers the old tunes. He said of his music, "I would say that my style was developed more from the Appalachians style. It's what they used to call, in the '20s, Georgia style. It's a fast bow cut. It's got rhythm that you won't find in other types, like Texas fiddling or north Missouri fiddling or anyplace else. It's a rhythm to put your foot down to. It makes you want to dance. It may not be perfect in tonal quality, and it may not be perfect in anything else, but when you get out on the floor, Dad always said you had to have someplace to put your foot down."

Discography
Holt, Bob. Got a Little Home To Go To. Rounder 0432.

Bob Holt answers the question 'Did you come from a musical family?' Washington, D.C., 1991, interview by Alan Govenar

Bob Holt answers the question 'What was it like playing the fiddle when you were growing up?' Washington, D.C., 1991, interview by Alan Govenar

Bob Holt answers the question 'Where are you from?' Washington, D.C., 1991, interview by Alan Govenar

Bob Holt answers the question 'Why do you like playing the fiddle?' Washington, D.C., 1991, interview by Alan Govenar

Bob Holt answers the question 'What do you do for entertainment?' Washington, D.C., 1991, interview by Alan Govenar