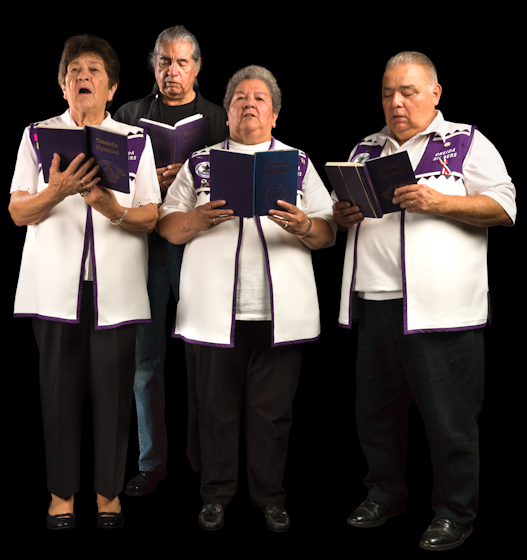 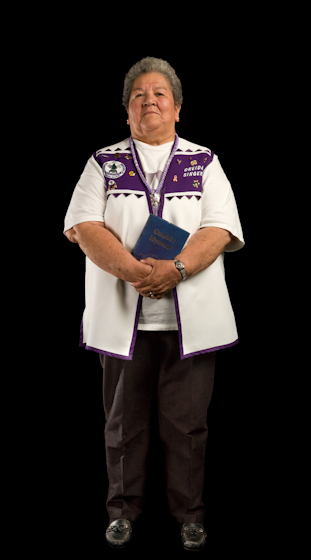 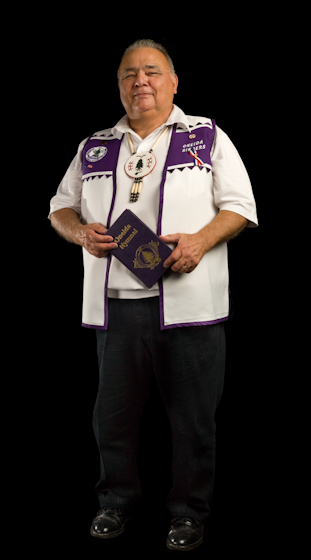 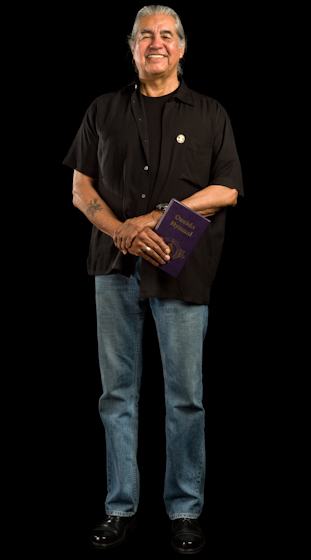 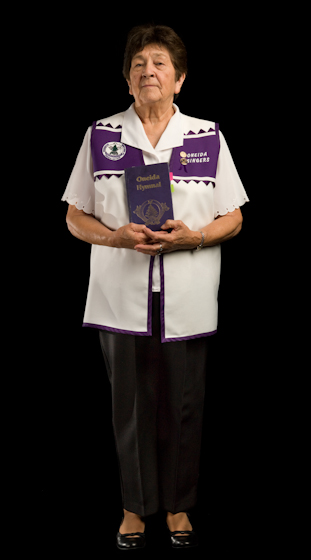 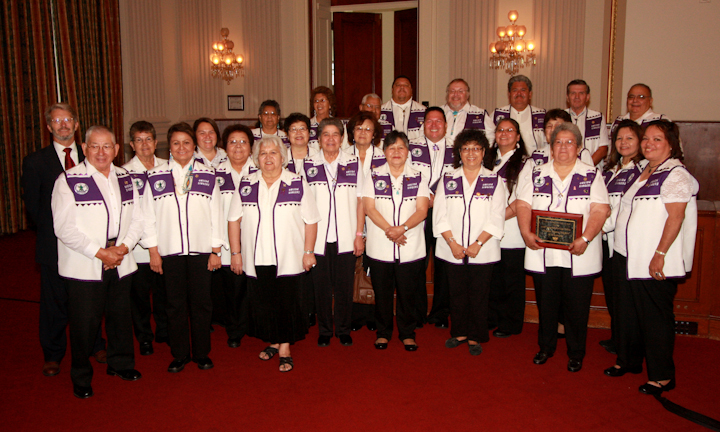 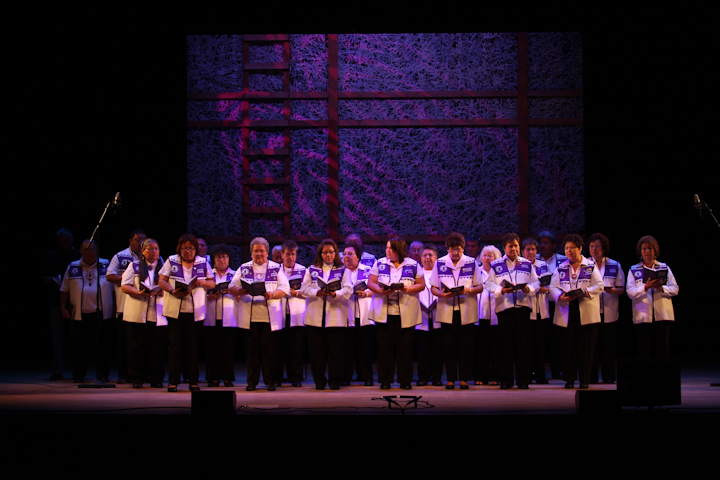 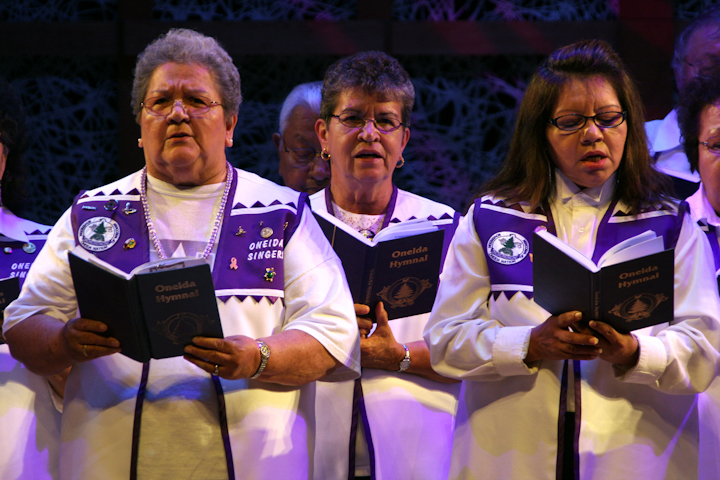 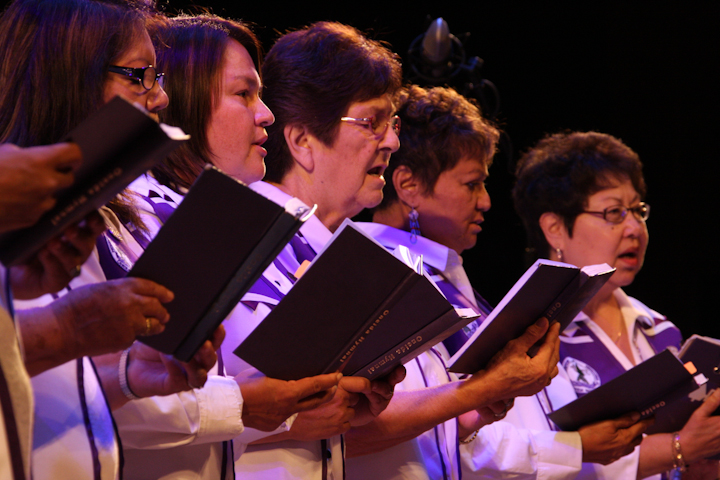 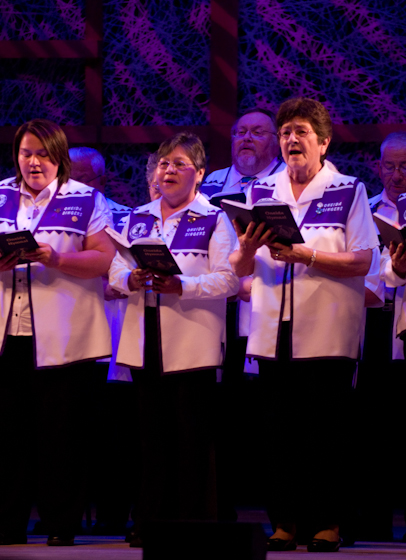 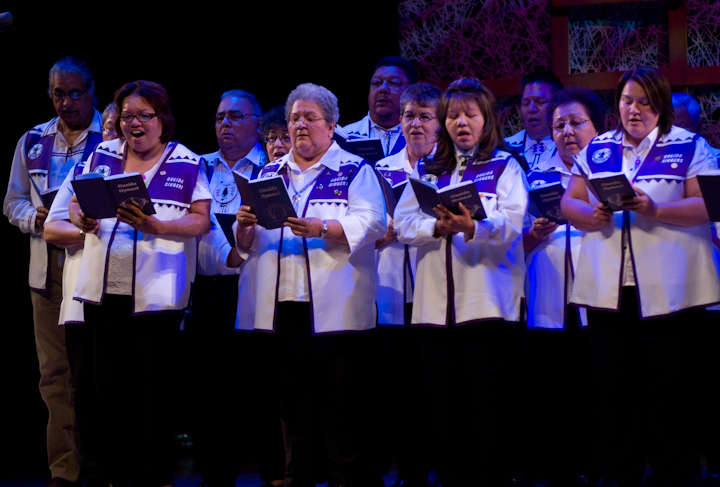 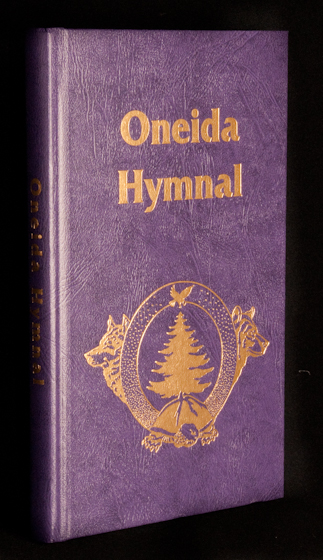 The singing of Christian hymns in the Oneida language apparently dates to 1795, when Christian missionaries visited the tribe at its home in New York state and began working with the Oneida to translate the songs from English. In the 1820s, the Oneida began migrating to their current home in the Green Bay, Wisconsin, area. New churches were established, and by 1835 a hymnal had been published in the related Mohawk language.

The Oneida Hymn Singers have carried on the a cappella singing tradition since the early twentieth century. The membership of the group is fluid, involving at any given time from fewer than a dozen to more than fifty singers, from young teens to people 80 and older. They sing several times a week at tribal and family events. They perform for those who are ill and at funerals, wakes, baptisms and birthday parties. They have a repertoire of more than one hundred songs.

Those interested in taking part simply show up for a practice advertised in the tribal newspaper. Anyone is welcome. “But when you do come in, there’s no real orientation,” said Gordon McLester, a member of the Oneida Hymn Singers and an award-winning author and historian. “There’s an introduction that so and so is here and wants to start to learn. Then the singers just kind of wait and see whether you’re really going to stay. If you do, then you become a singer.”

It may be true that the imposition of Christianity “has been crucial in slowing the loss of indigenous languages,” in the words of Gerald Hill, an Oneida tribal member and president of the Indigenous Language Institute in Santa Fe, New Mexico. But there has been steady loss, nonetheless, McLester said. Most of those in his group, he said, are not fluent in the language but learn the songs phonetically.

“Our language is on the verge of going the way of the dinosaur, and all the Native American nations are losing their language,” McLester said. “The kids are just not picking it up anymore, and unfortunately it’s the same way with the singing. We’re constantly worrying about that, and we try to make efforts and inroads to younger people to come in and learn these songs. … On a regular basis, we’ve probably got about four [members] that are in their 40s and 50s, and it doesn’t look good for the future. But we can’t stop trying to solicit people to come along.”

Maintaining the tradition is important, McLester said, because the songs serve a vital function in tribal life. “The singers don’t look at themselves as entertainers,” he said. “They are sharers of gifts because these songs are gifts.”

Carol Cornelius of the Oneida Hymn Singers of Wisconsin answers the question 'How did you get started singing?' Interview by Alan Govenar, Bethesda, Maryland, September 17, 2008

Carol Cornelius of the Oneida Hymn Singers of Wisconsin answers the question 'What was life like as a child growing up in Oneida?' Interview by Alan Govenar, Bethesda, Maryland, September 17, 2008