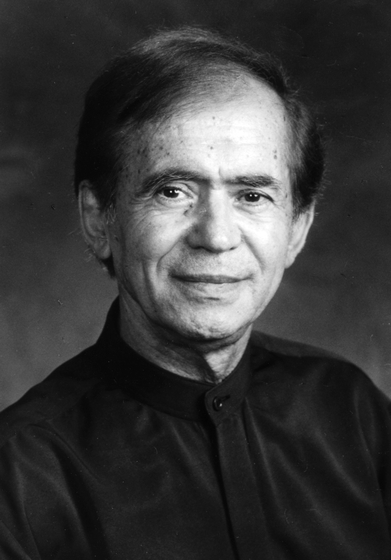 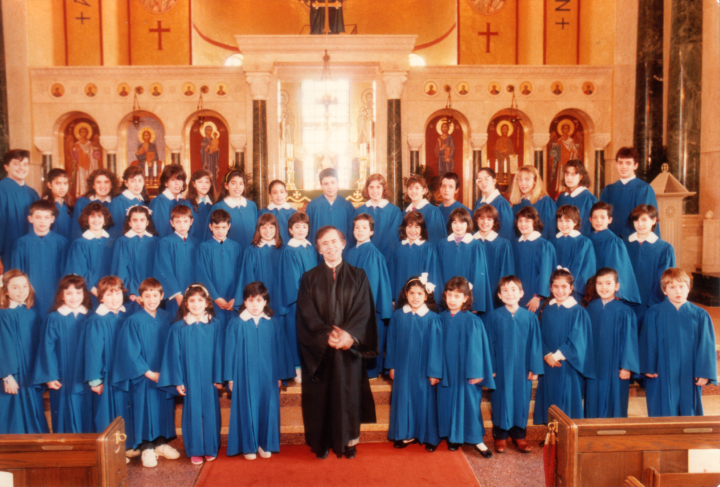 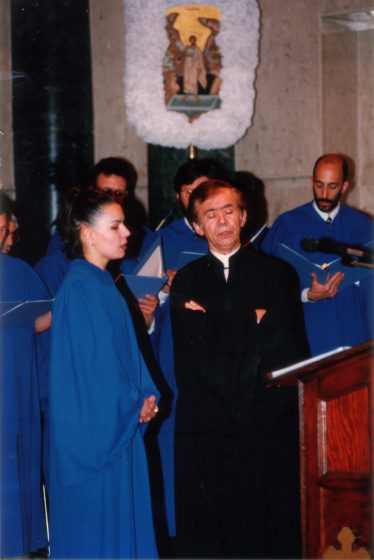 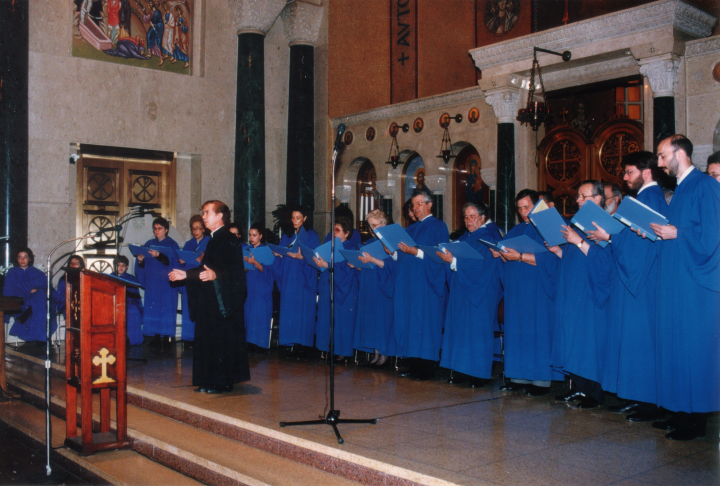 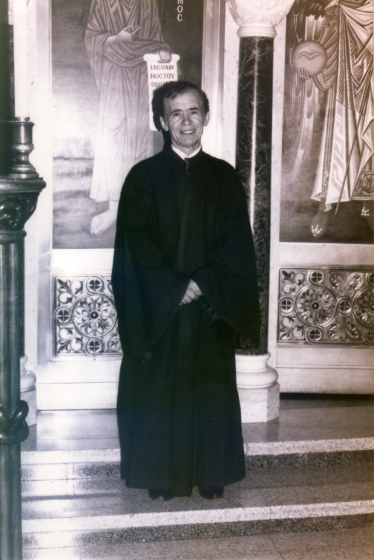 Harilaos Papapostolou was a native of Agrinion, Greece, a longtime center of Byzantine chant. He came from a long line of priests, including his father. He apprenticed with a traditional psalti, or chanter, at age 5 and eventually spent long hours each day mastering the enormous liturgical repertoire that was part of the day-to-day liturgical cycle.

Papapostolou held degrees in both Byzantine and Western music from the Athens Conservatory and a theology degree from the University of Athens. This knowledge is a crucial factor that provides the insight needed to understand and interpret the ecclesiastical hymns of the Orthodox Church.

In his hometown Papapostolou became the head chanter (protopsaltis) of the cathedral. He also founded and directed a musical conservatory and directed performances of both sacred and secular music on radio and in public concerts. In the mid-1960s, Papapostolou accepted the position of protopsaltis at St. Sophia's Cathedral in Washington, D.C., where he remained for the rest of his life. In the United States, he found that the Western-based four-part harmony choral style with organ accompaniment had nearly eclipsed the more traditional chant, which is marked by a single melody line juxtaposed with a drone voice, or ison. The melody is governed by a complex system of eight modes, or scales.

The chanter improvises an interpretation of the melodic skeleton, applying melodic ornamentation and other nuances of performance that express ifo — a mood that reflects the meaning of the sacred text, the liturgical movement and the immediate context. In the words of Papapostolou, the chanter directs his creativity to the purpose of devotion, creating "the sound that facilitates prayer, that becomes the bridge between man and God, not a showcase for the performer." Ironically, the complex "Oriental"-sounding modes and melodies were thought too "primitive" by many Greek Americans who had little prior exposure to the tradition.

"We have really strayed," Papapostolou said. "On the one hand, we are the Orthodox Church, and we have our own tradition in all aspects: iconography, church art and architecture from the chandelier and candles to the priest's robes, the music ... but we have remained Orthodox in name only. In everything else, we have lost our tradition."

Papapostolou played a large part in the revival of Byzantine chant, which is rooted in the music of medieval Byzantium and of ancient Greece. He taught chanting and traditional Greek folk music to dozens of apprentices and offered public demonstrations. He received the greatest praise from connoisseurs for his expressive ability.