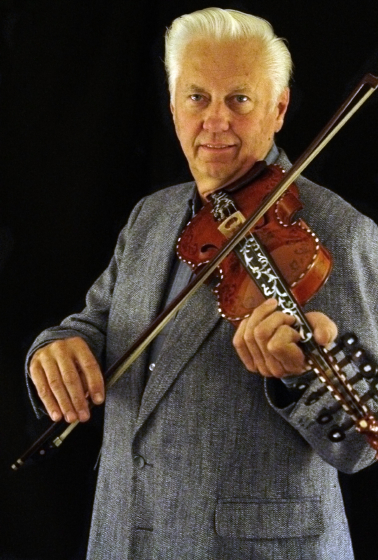 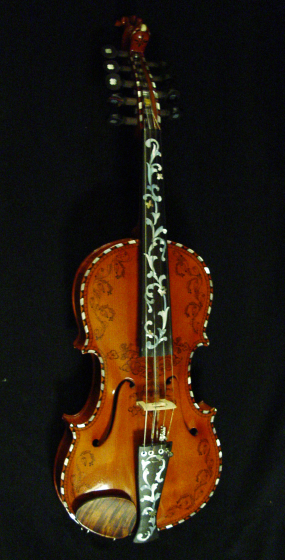 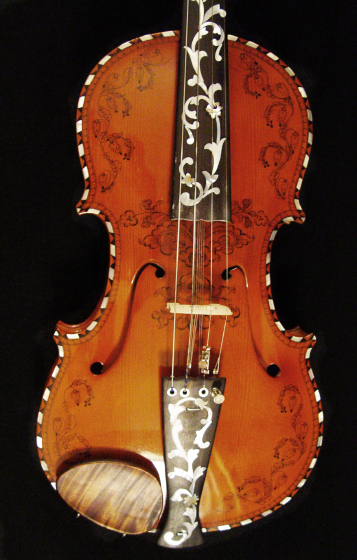 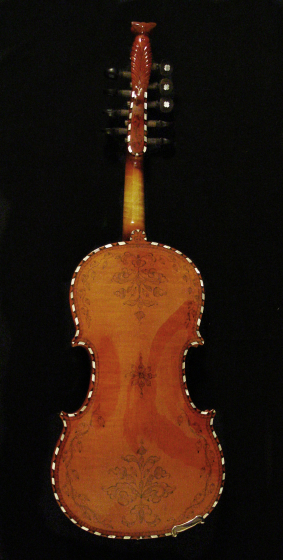 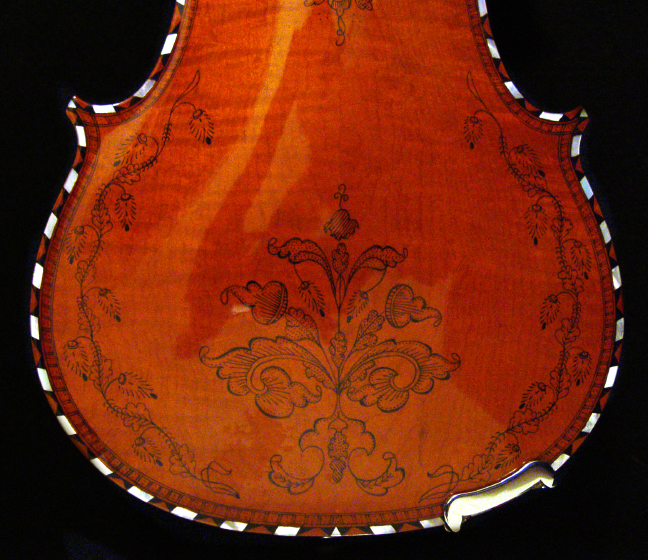 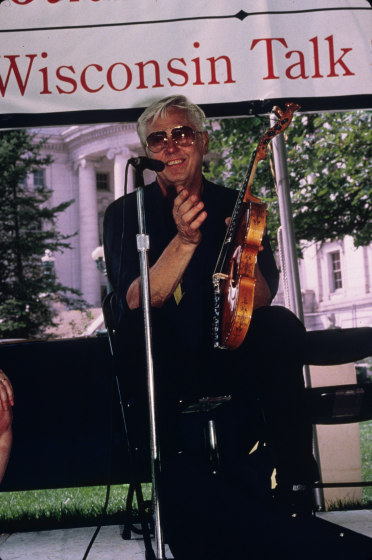 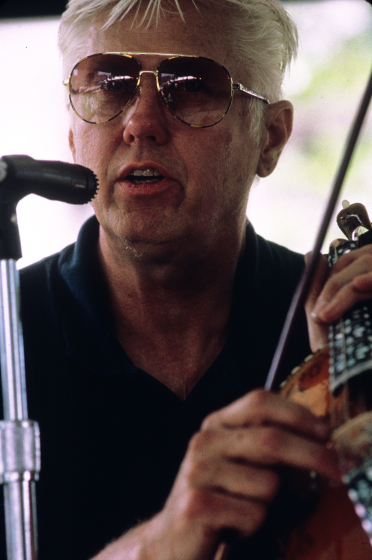 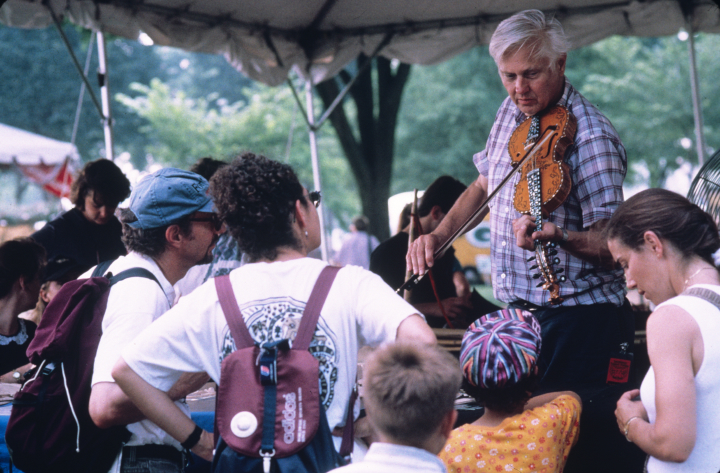 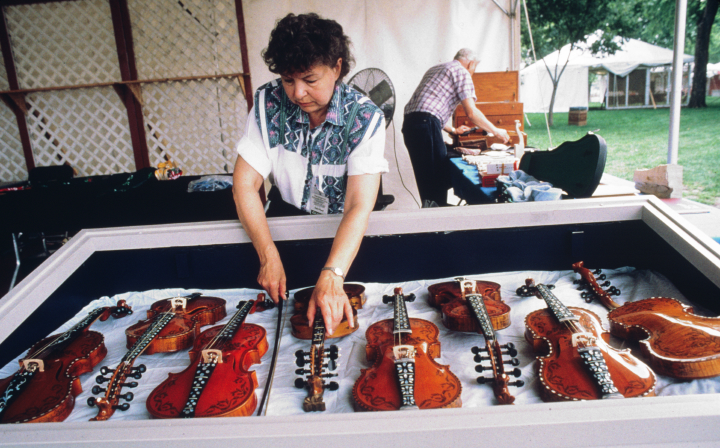 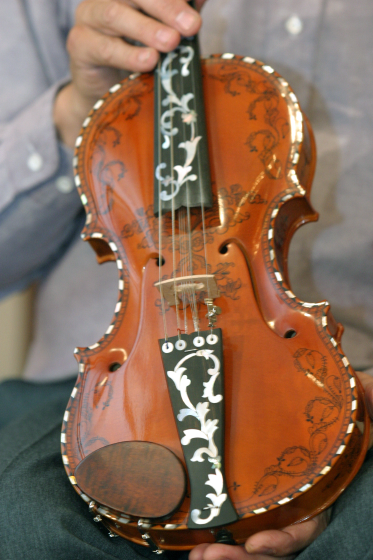 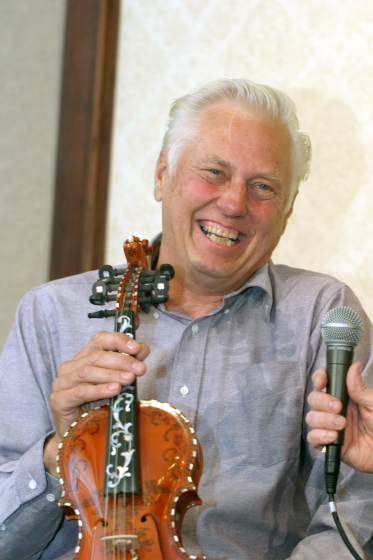 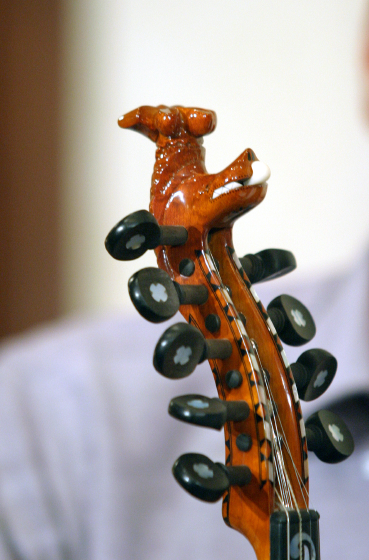 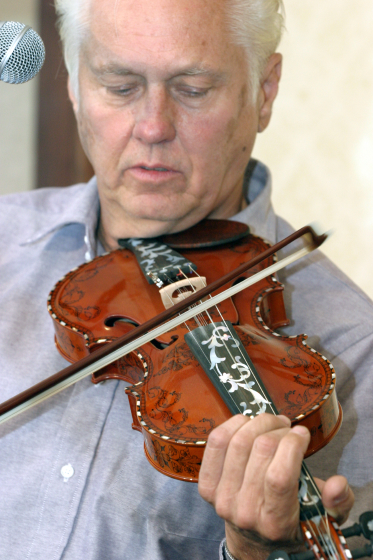 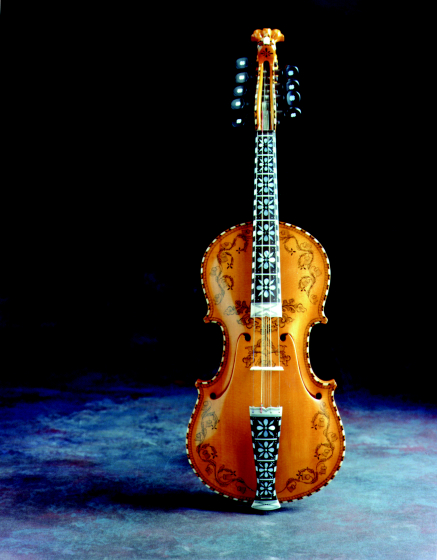 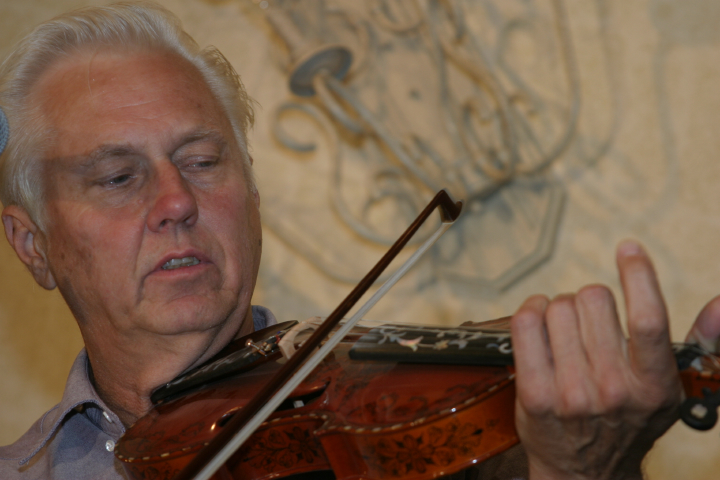 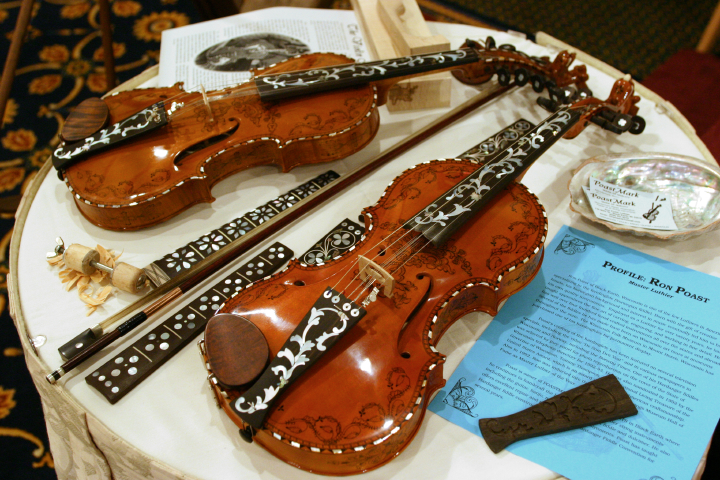 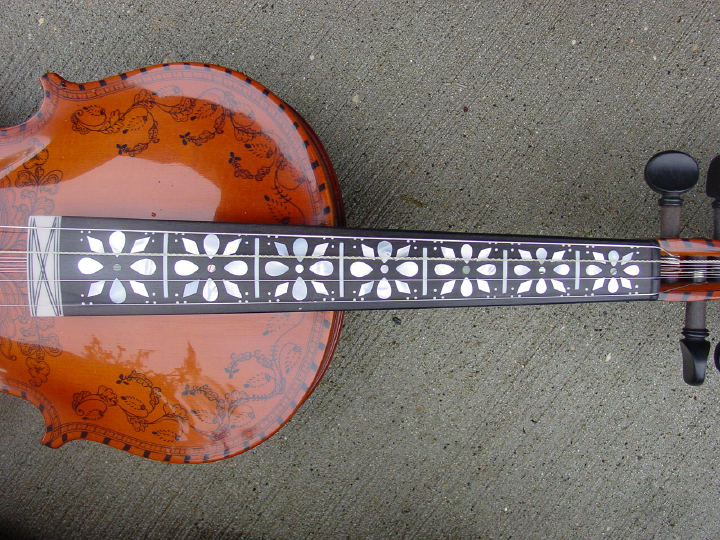 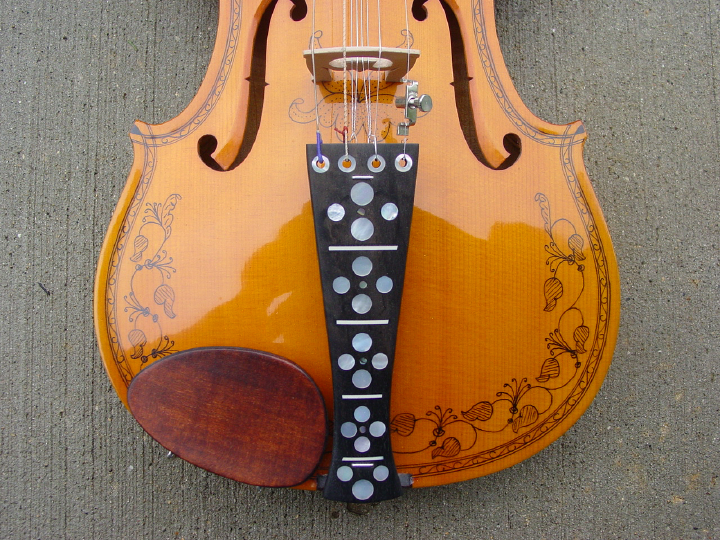 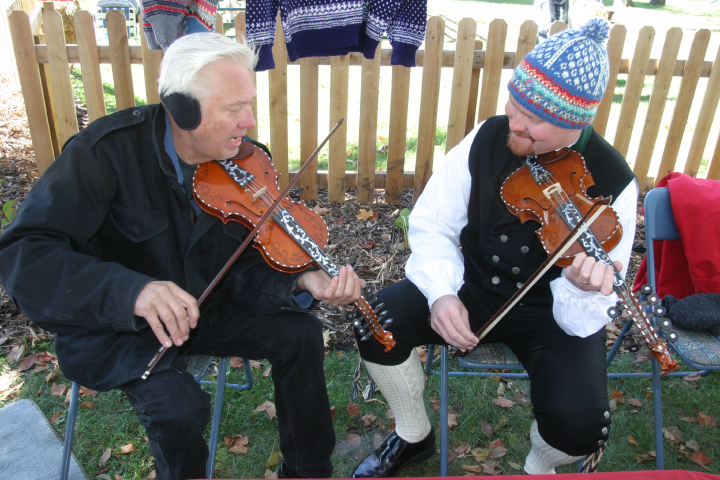 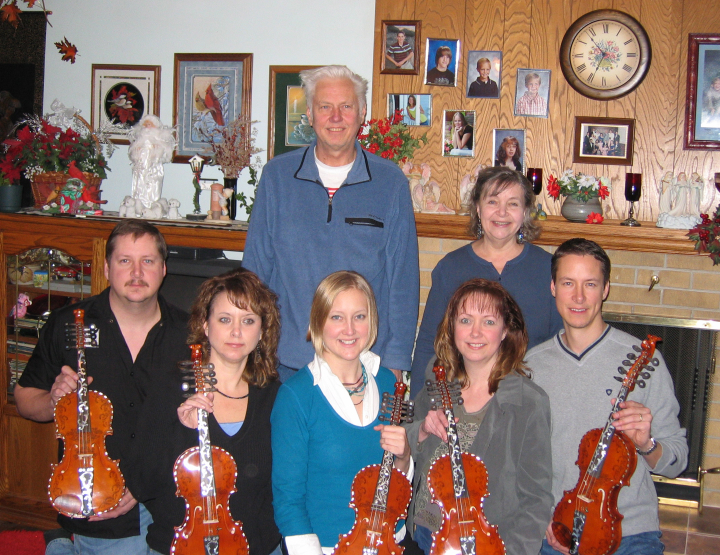 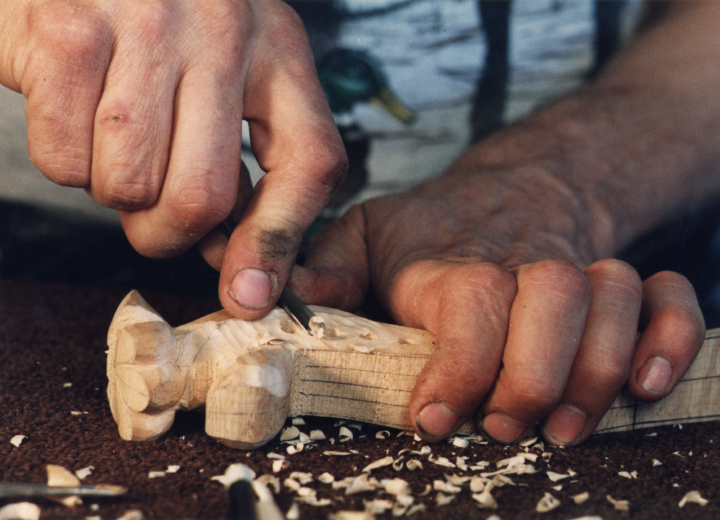 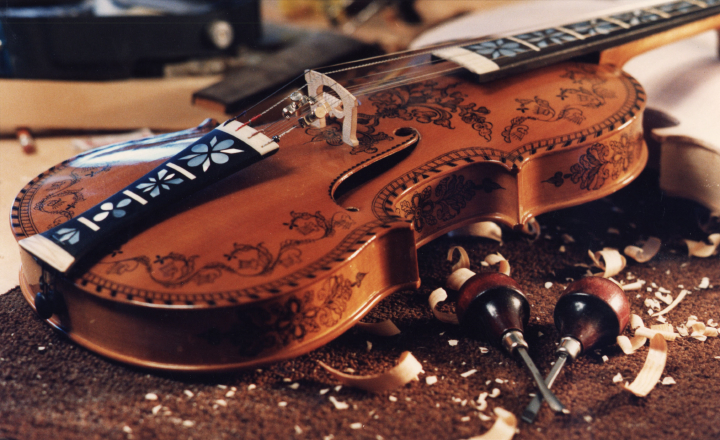 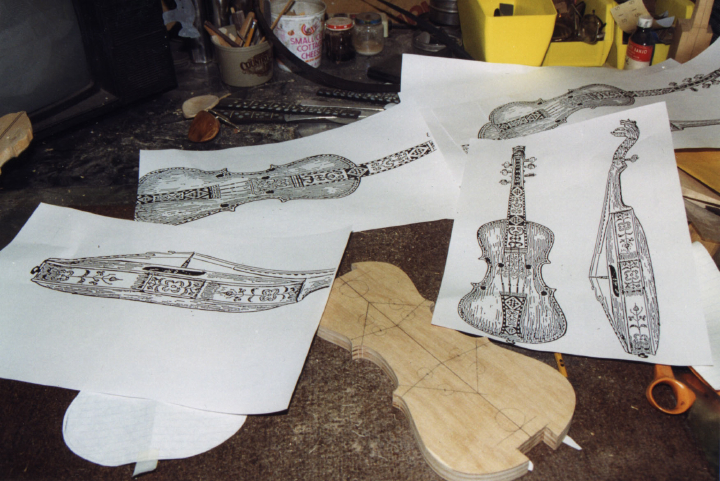 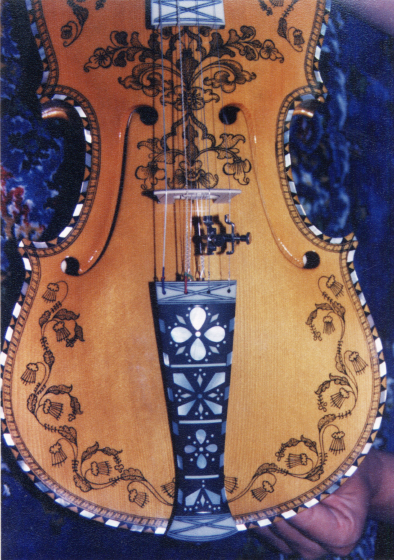 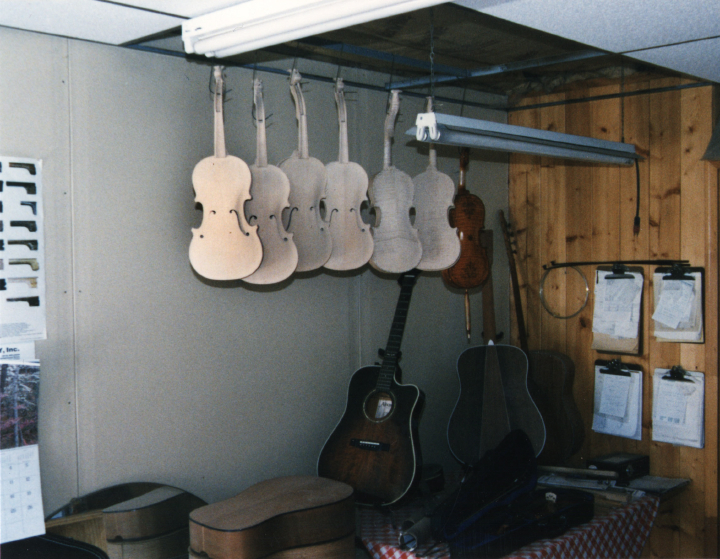 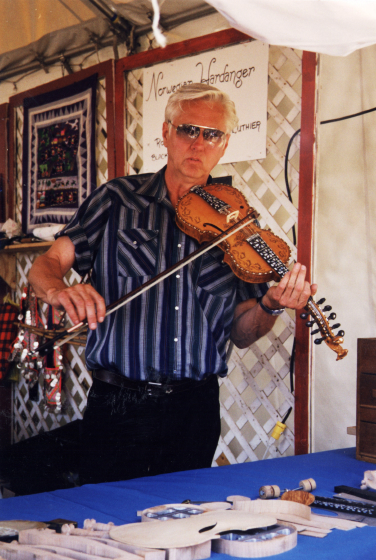 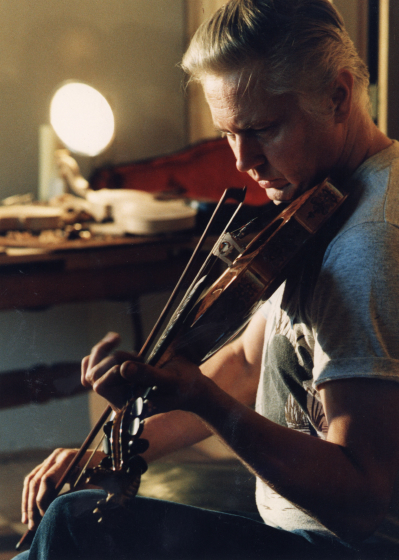 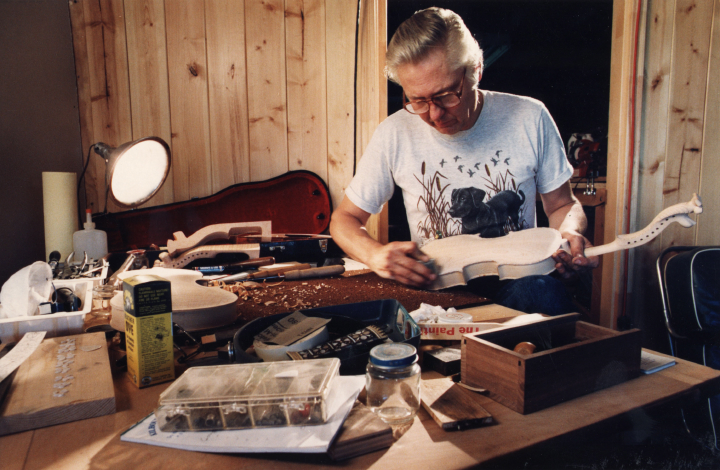 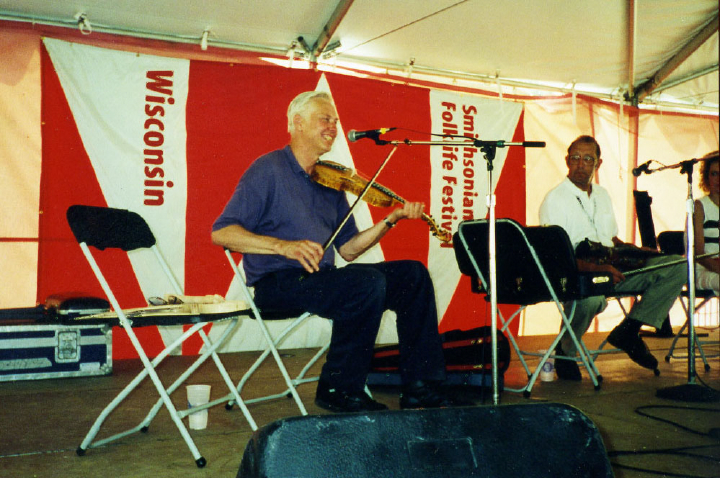 Ron Poast grew up in a musical Norwegian American family in Dodgeville, Wisconsin. “Both my grandfathers and my father played violin,” he told NEA interviewer Mary K. Lee. “My mother can play just about anything she gets ahold of. My uncle played Dobro guitar. I grew up on a farm, and Sunday was, of course, a day of rest, so we would go to visit the relatives or friends, or they would come to our place. We always took our instruments and played, which was a very common thing back then.”

The young musician was skilled in working with his hands and taught himself to make stringed instruments, starting with banjos. He’d heard his mother speak of a “very fancy violin” that her brother had once owned, and when Poast saw a couple of unusual fiddles in a storefront, he knew that was what she’d been talking about. He became fascinated with the instrument, which turned out to be a hardingfele or Hardanger fiddle, known as the national instrument of Norway. Eager to learn to make these beautiful instruments, he visited Vesterheim, the Norwegian American museum in Decorah, Iowa, bought an instruction manual from Norway and talked to those who played the instrument, which by then was regaining its popularity in the United States.

The Hardanger fiddle is different from a conventional violin in several ways. The wood is thinner, and the strings are of lighter gauge. In addition to the normal four strings, the hardingfele has four or five located below the fingerboard. These vibrate sympathetically, producing a droning sound that’s been likened to that of the Scottish bagpipe. The instrument is highly decorated, with mother of pearl in the fingerboard and tailpiece and sometimes around the top and bottom of the body. The body is also decorated with rosing, the painting of roses with pen and ink in a process somewhat similar to rosemaling. The head of the instrument is usually carved into the head of a mythical beast, such as a dragon. The proportions of the body are different from those of a conventional violin, and Hardanger fiddles can be tuned in any number of ways.

At his Poastmark String Instruments shop in Black Earth, Wisconsin, Poast creates and repairs fiddles along with other stringed instruments, such as the mandolin, harp, lyre, conventional violin, dulcimer, guitar and banjo. He has shared his knowledge in many settings, including the American Folklife Festival in Washington, D.C.

“We put on a display to show them how we make them, all the different individual parts. We start with the raw wood and lay out a display and proceed in steps until we get up to a finished instrument,” Poast told Lee. “But the most important thing is the tone. Once you’ve finished showing how one is built, then almost everybody wants to hear you play a little tune. Well, I’m not a professional musician, but I can scratch out a few tunes, so everybody seems to be satisfied.”

Ron Poast interview from 'Wisconsin Folks,' courtesy of the Wisconsin Arts Board, the Wisconsin Educational Communications Board and the Board of Regents of the University of Wisconsin System, © 1998, writer/producer: Dave Erickson. http://www.wisconsinfolks.org/about.htm

Ron Poast answers the question 'How is your fiddle different from traditional fiddles?' Arlington, Virginia, 2003, interview by Alan Govenar

Ron Poast answers the question 'What materials is your fiddle made of and why?' Arlington, Virginia, 2003, interview by Alan Govenar