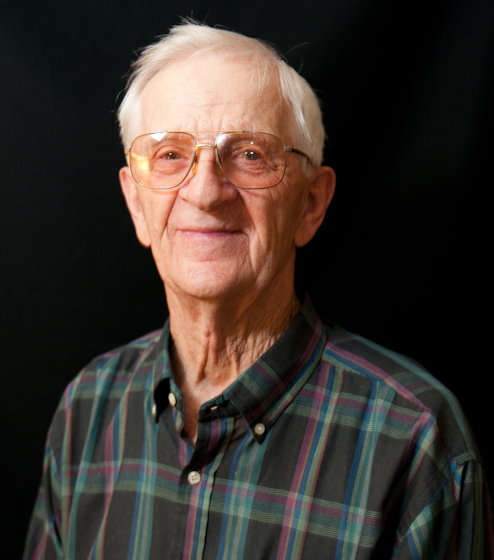 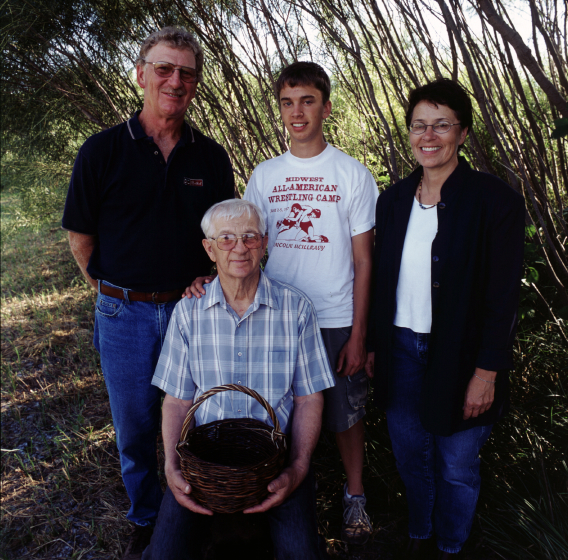 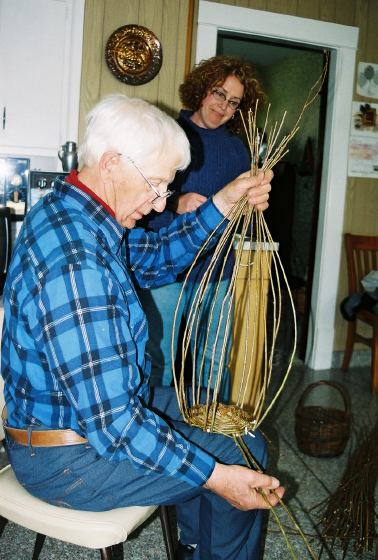 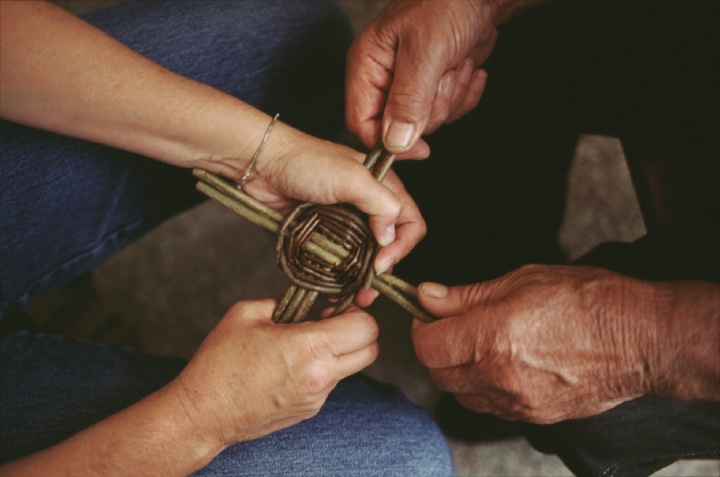 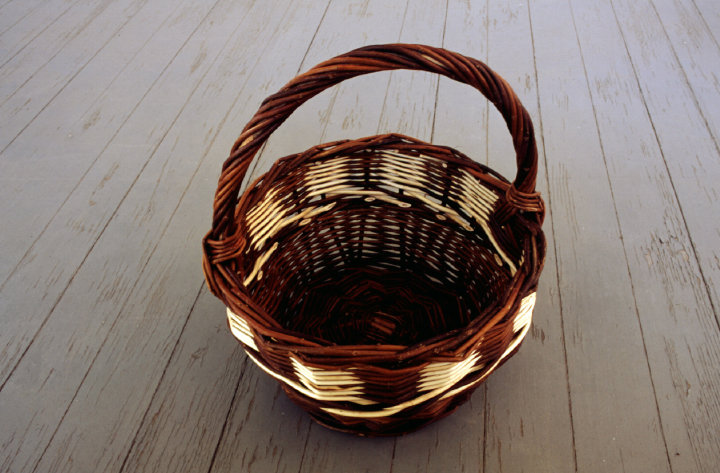 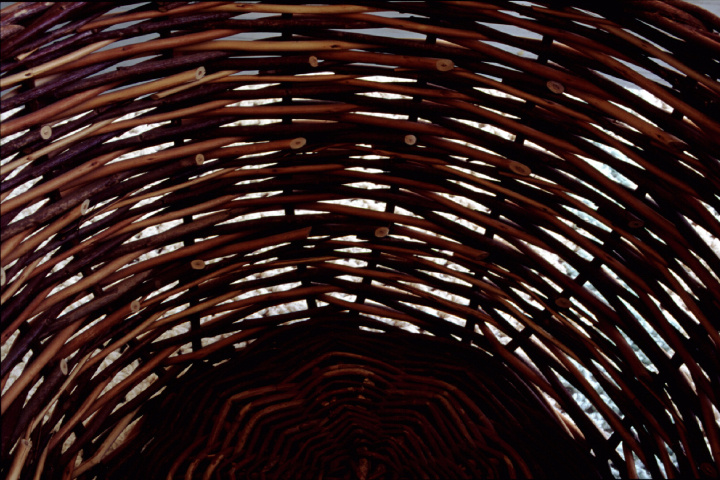 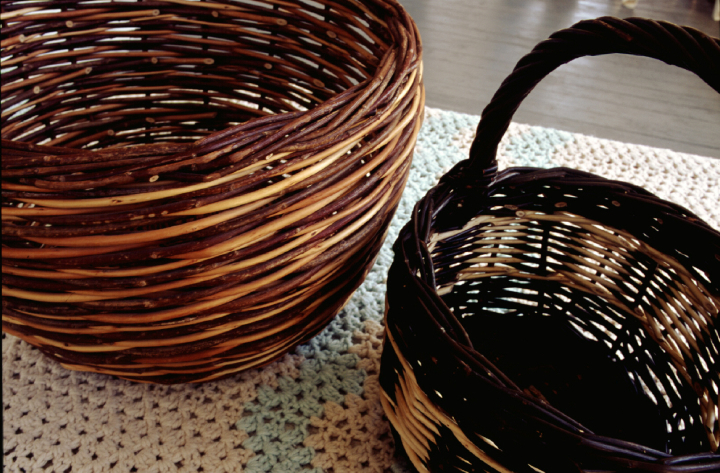 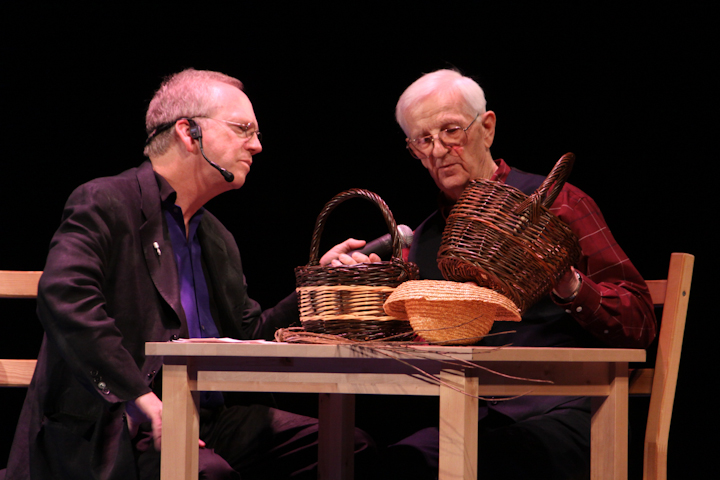 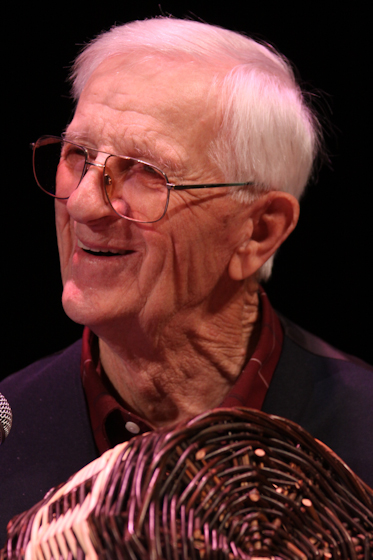 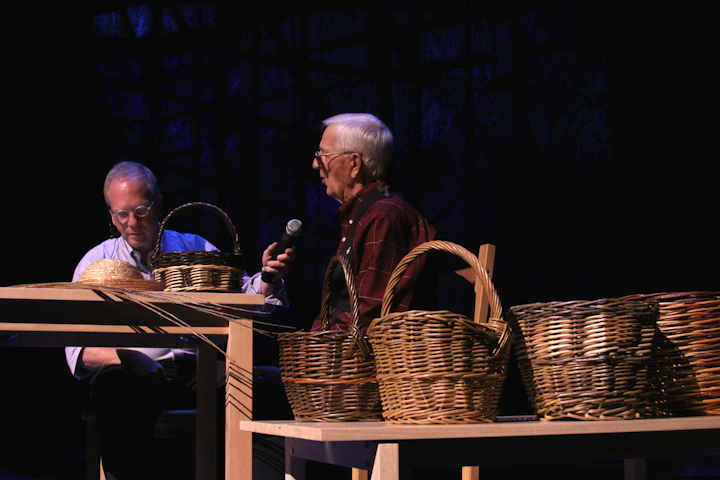 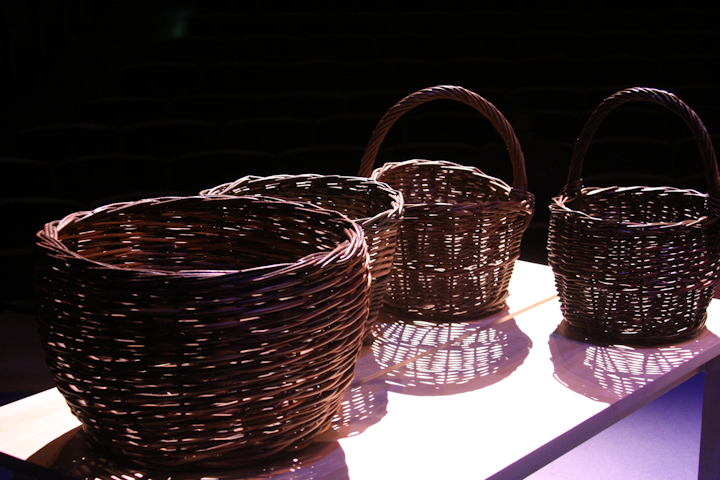 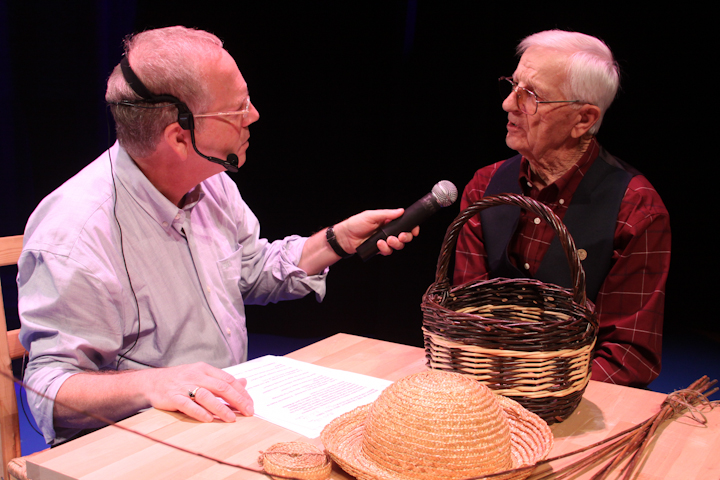 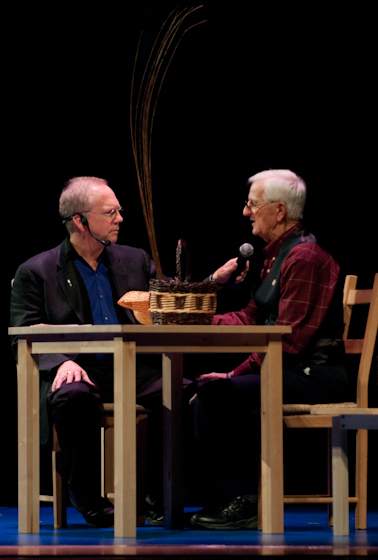 When he was 10 years old, growing up in Turner County, South Dakota, LeRoy Graber learned to weave willow baskets from his grandfather, a German Mennonite who had emigrated from the Ukraine to South Dakota in 1874. “That was the era when willow basketry could’ve been called ‘Container Corporation of America,’ because we didn’t have all the plastics and all the other boxes,” Graber said. “They needed baskets for eggs, potatoes, cobs, sewing needs, clothes; if a baby was expected, a bassinet. They even had buttocks baskets, which went behind the saddle on a horse.”

Graber put basketmaking aside while raising a family and running a dairy farm. After retirement, he pursued it in earnest, motivated by his love of nature and by a renewed interest among those who realized that it was a dying craft. Many of the varieties of willow once used for baskets disappeared from the landscape, but he found nurseries that grew them. He taught all five of his children to make baskets. For more than twenty-five years, Graber taught basketmaking to individuals and groups, including public school and university art teachers. He took part in apprenticeship programs in North and South Dakota and demonstrated the craft at the annual Schmeckfest (tasting festival) in his hometown of Freeman, South Dakota.

“One of my greatest joys has been when my son and I would go to a town and set up the demonstration and for two days, we’d have classes come in and we’d give a half-hour to forty-five-minute presentation to each class,” Graber said. “I have stacks of letters that I received from these students. …”

Using a five-step process, Graber could create a basket of a single color, a foot high and a foot in diameter, in about eight hours. But he said he'd gotten fancier than his grandfather ever did, weaving together different colors of willows and varying the shape of the baskets so that no two were identical.

Asked what he liked best about weaving willow baskets, Graber said, “I think the foremost one is that I can feel the heritage that goes back to Anabaptist times and how that has connected me with my spirituality and the joy that people had living a very simple lifestyle, the wonderful people I meet.”

Leroy Graber answers the question 'How did you get started making baskets?' Interview by Alan Govenar, Bethesda, Maryland, September 22, 2009

Leroy Graber talks about the styles of baskets that he makes. Interview by Alan Govenar, Bethesda, Maryland, September 22, 2009

Leroy Graber answers the question 'In what ways have you been able to carry on the tradition of basket making?' Interview by Alan Govenar, Bethesda, Maryland, September 22, 2009