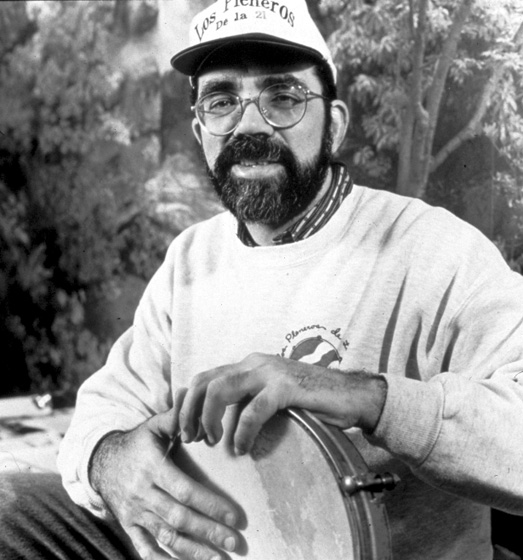 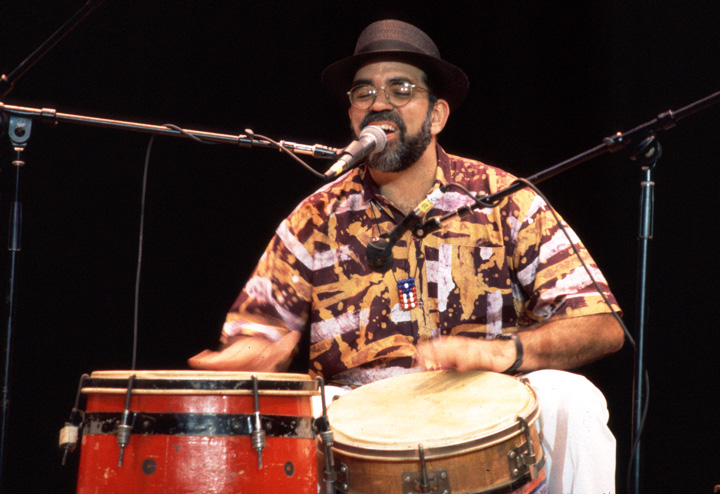 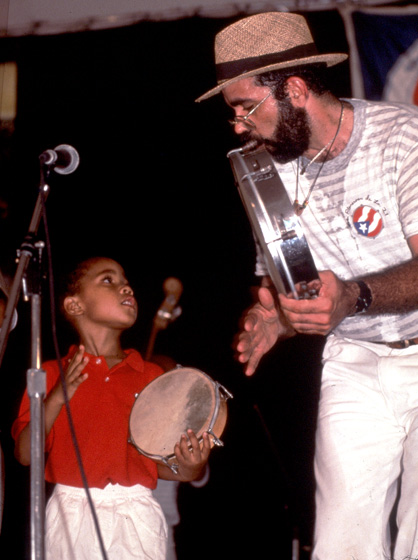 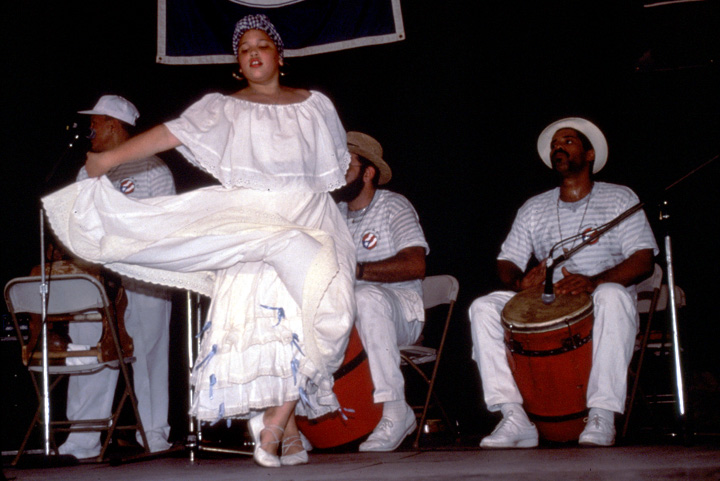 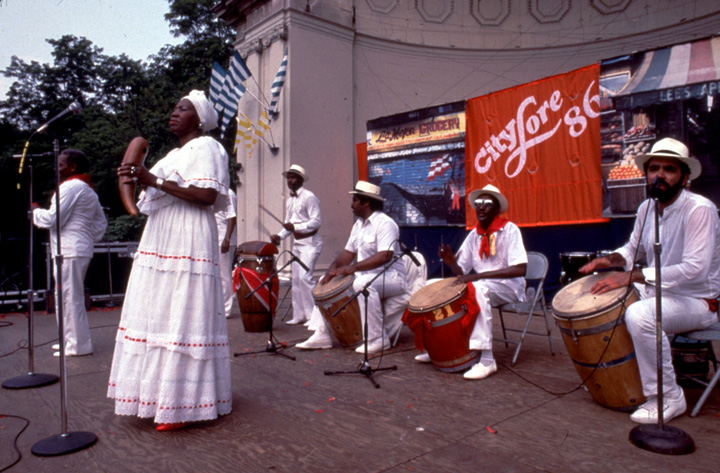 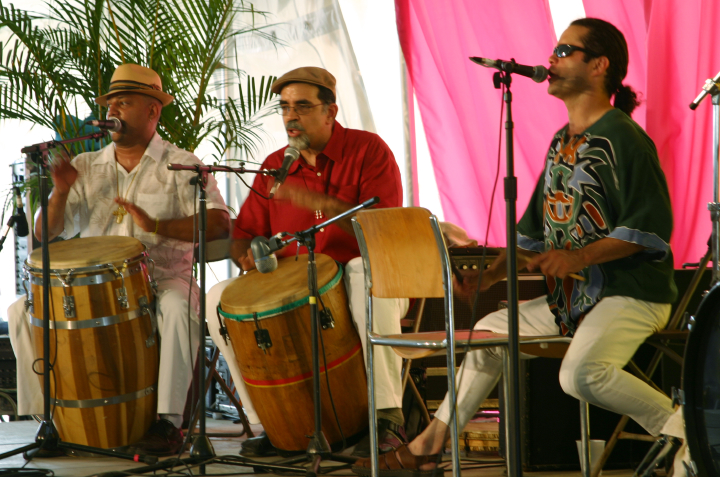 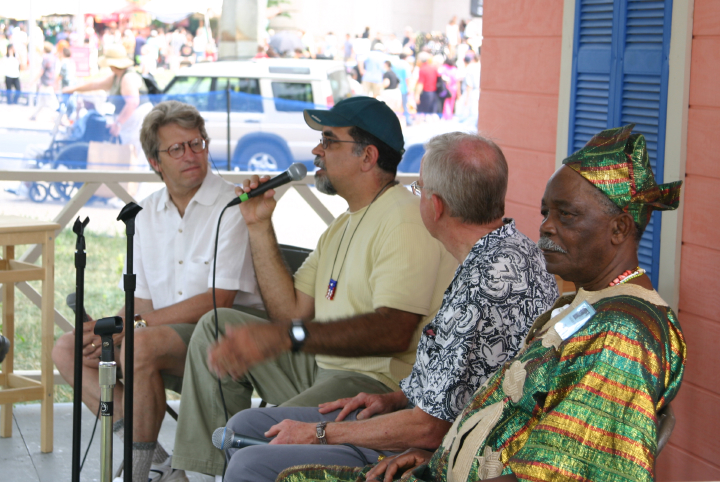 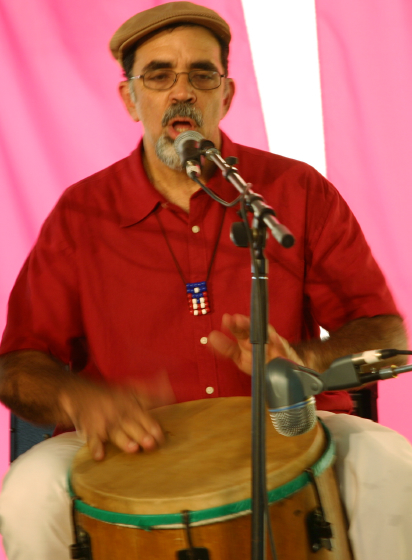 Juan Gutiérrez was born in Santurce, Puerto Rico, and grew up in Caparra Heights, a suburb of San Juan. As a boy, he was drawn to the Afro-Puerto Rican percussion music that surrounded him. His father bought him a set of timbales when he was 7, and he later went on to study Caribbean percussion at the Escuela Libre de Música.

He was first attracted to the plena, a form that emerged from the dynamic musical mix in the increasingly urban coastal cities, especially around the city of Ponce. Based on the interlocking rhythms of three or more panderetas (round-frame drums, like tambourines without the jingles), the simple plena song form alternates a group refrain with solo quatrains, often improvised or composed on topics of current interest. In the 1950s, the plena had already expanded beyond its community roots to become a popular form of Puerto Rican urban music. During this period, Rafael Cepeda was seminal in the growth and development of the plena repertoire.

Gutiérrez learned to play the plena, but as he started his career as a professional percussionist, he performed many other styles of music as well. After moving to New York City to continue his studies, he felt a need to return to his Puerto Rican musical roots. He took up plena under the legendary plenero Marcial Reyes Avelo, who introduced him to other master pleneros in New York.

Later, Gutiérrez focused his attention on the bomba as an even deeper roots form, and sought out elders who were able to teach him. The bomba had emerged in seventeenth- and eighteenth-century plantation life and exhibited many of the attributes of the West African dance ensembles — interlocking drum patterns overlaid by a lead drum that "converses" with improvised solo dancing, a declamatory vocal style, particular rhythmic patterns, and sometimes spiritual overtones.

The typical bomba ensemble consists of a cuá (a pair of sticks struck on the side of a drum), one or more seguidoras (low-pitched, barrel-shaped supporting drums) and a requinto (a higher-pitched, barrel-shaped improvisatory drum). Plena reflects more European musical elements than does bomba, particularly in terms of melody and verse structure. The traditional plena ensemble includes a number of panderetas (frame drums, one of which serves as the improvisatory lead), a güiro (gourd scraper), and sometimes guitars, cuatro (ten-string guitar), harmonica and seguidoras.

As Gutiérrez's involvement with music grew, so did his vision of what could be done through music for the benefit of his community. Eventually, he decided to devote himself entirely to his passion — Afro-Puerto Rican music and culture. In 1983, he and Reyes formed the ensemble Los Pleneros de la 21 (The Pleneros of Bus Stop 21), named after a neighborhood in Santurce famed for its pleneros.

Los Pleneros de la 21 has become one of the most celebrated of New York's traditional music ensembles. Under Gutiérrez's guidance and coordination, it has performed regularly in urban public schools. Gutiérrez sees his music as a valuable cross-cultural experience as well: "When I demonstrate bomba and plena music in the schools I ask the students to reach out and to take our traditions in."

Los Pleneros de la 21 has performed throughout the United States and has toured abroad to Puerto Rico and Russia. The group has served as a role model for other plena ensembles and has made Gutiérrez's vision a reality by promoting the recognition, celebration and practice of Afro-Puerto Rican music and dance.