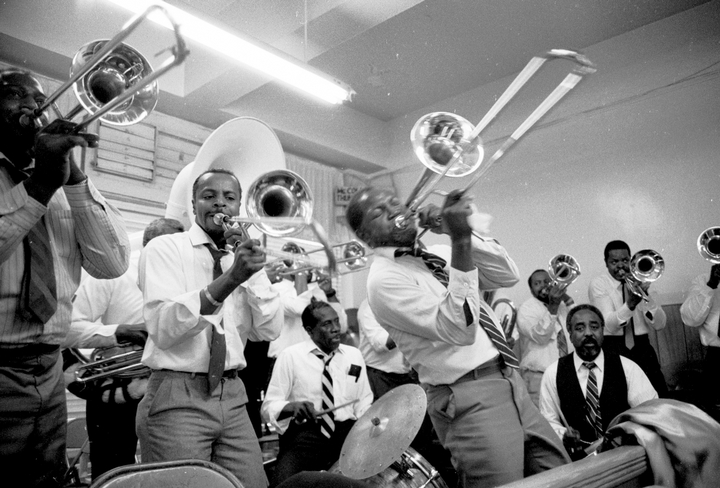 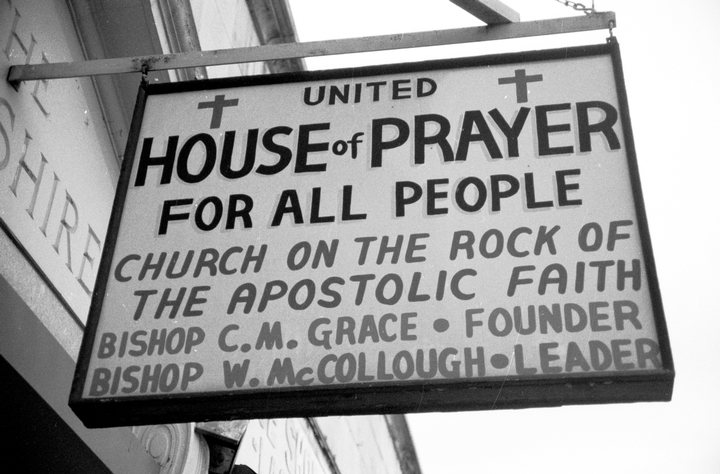 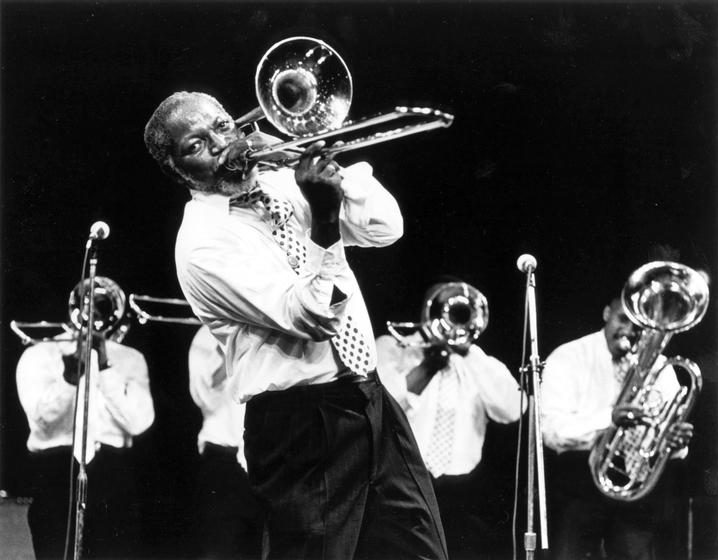 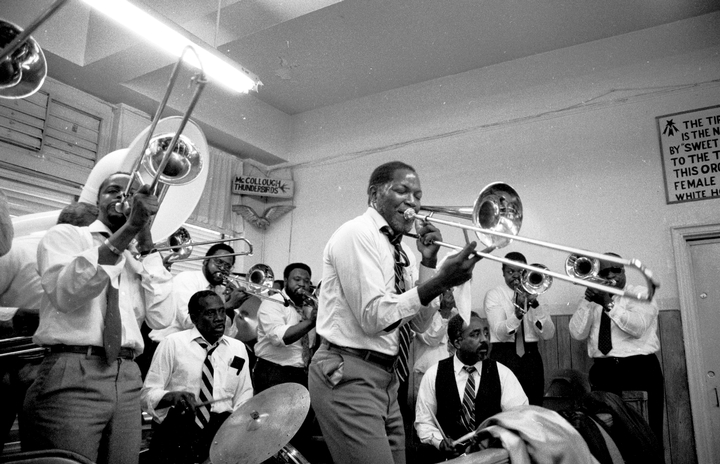 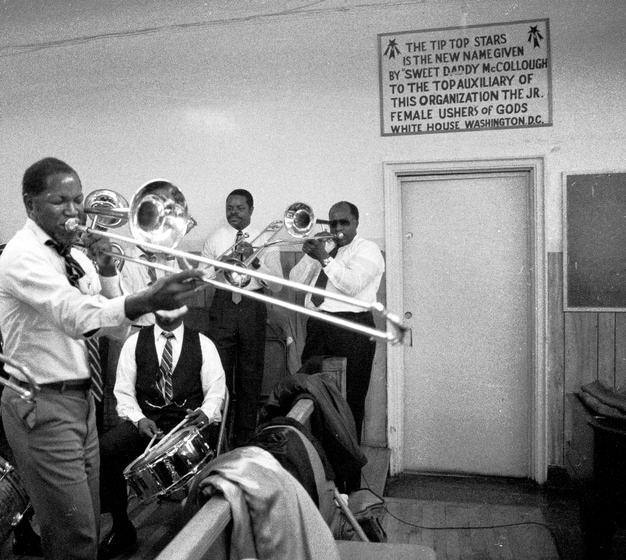 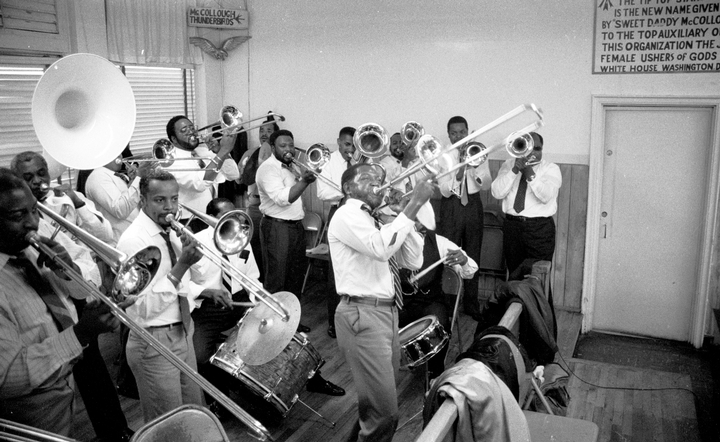 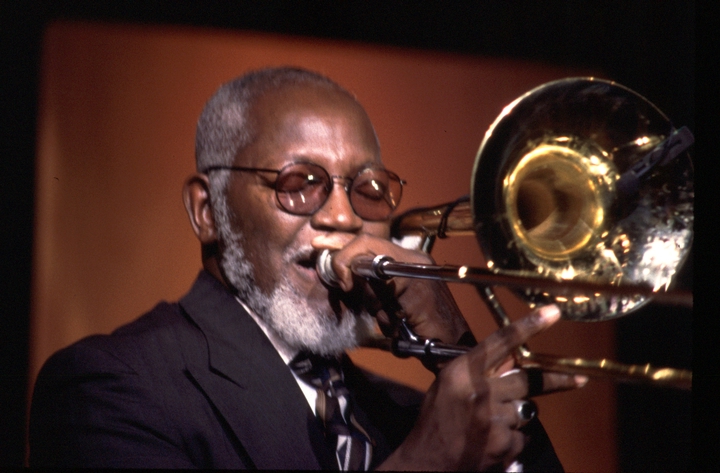 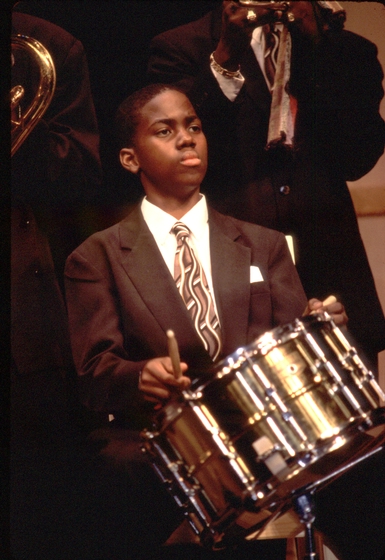 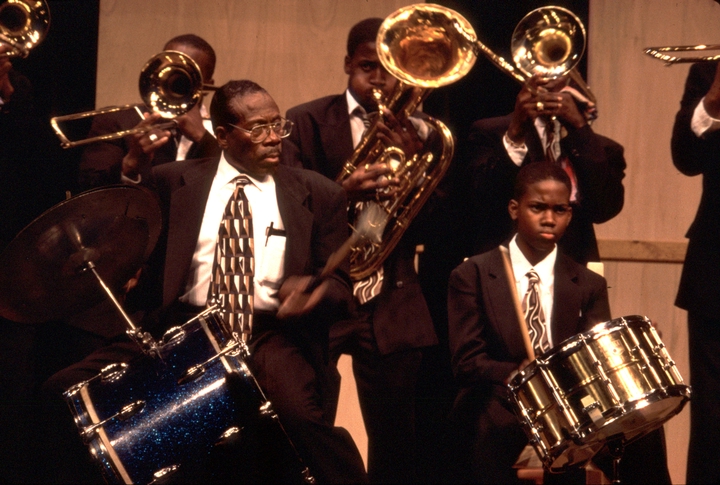 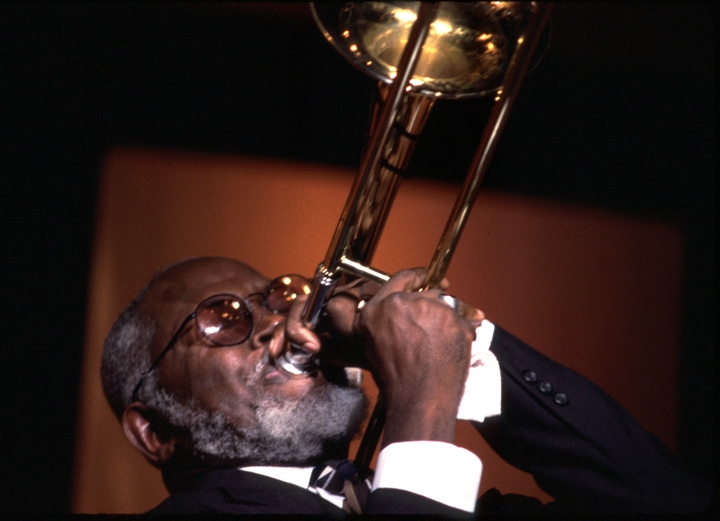 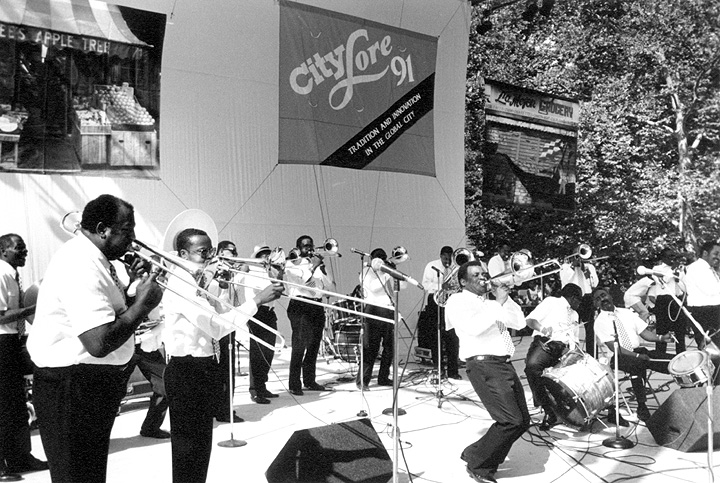 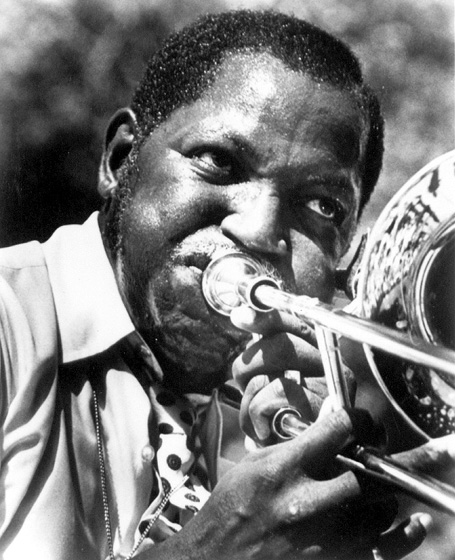 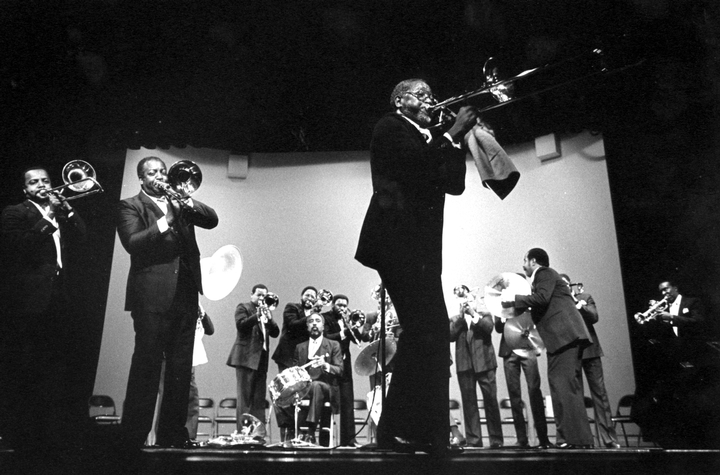 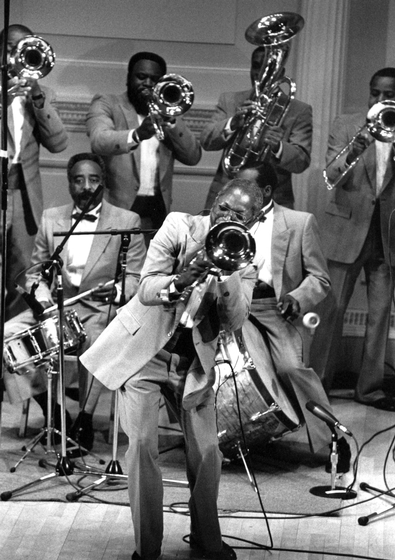 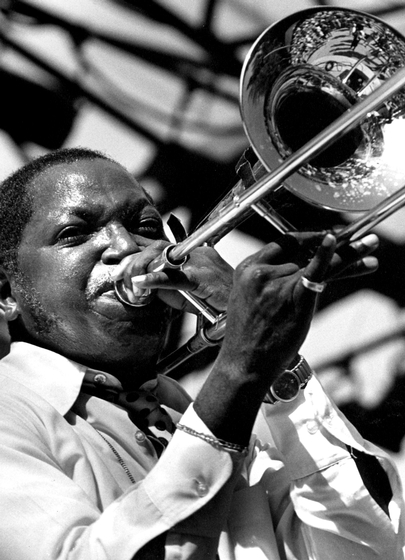 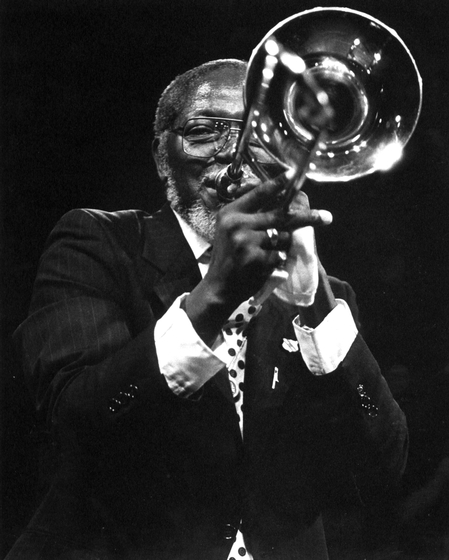 Edward Babb was born December 14, 1944, in New York City. His first instrument was a trombone purchased for him at age 13 by United House of Prayer Church member Albert Edgington from a pawnshop. Babb joined the church's youth band and, after a few months, asked if he could move up to the adult ensemble. On his 14th birthday, he was granted that wish and began playing with the adult group, the Heavenly Band of the United House of Prayer Church. Four years later, Babb became the director of the band.

Babb never took music lessons and cannot read music. He "imagines" most of the band's music. That is, he hums melodies into a tape recorder and then mentally arranges them for each instrument in the band. At rehearsal each Wednesday, Babb teaches band members their parts to new tunes. Babb and his band play regularly at New York City's United House of Prayer church services. Of the band's nineteen musicians, fifteen play the trombone.

All are committed to perpetuating the beliefs and traditions of their church. It began in the 1920s when a Cape Verde Islands-born charismatic spiritual leader, Marcelino Manuel de Graca, nicknamed "Daddy Grace," founded the first The United House of Prayer for All People, the Church on the Rock of the Apostolic Faith, in Newport News, Virginia.

According to gospel scholar Dr. Horace Boyer, Bishop Grace "took a musical departure from Psalm 150 where David declared that 'Everything that hath breath [should] praise the Lord,' and encouraged the use of brass and reed instruments within the church service. It is from his denomination ... that modern gospel music, the most arresting music of the last half of the twentieth century, based its use of the accompanying instruments other than the piano and organ. The legacy of the 'Daddy Grace Band' is so strong that it influenced many of the rhythm and blues and jazz instrumentalists of contemporary music."

The unique musical style of the "shout" band that Daddy Grace created applied the jazz instrumentation of his time -- a sousaphone, percussion and a trombone chorus, backing up a trombone lead "voice" -- to gospel hymns. Though Bishop Grace died in the 1960s, this music continues to energize the services of ecstatic devotion in more than 130 United House of Prayer congregations nationwide.

Babb directs the band for New York City's United House of Prayer. The church, referred to by congregation members as "Sweet Honey, Heaven Harlem," is on the corner of 125th Street and Eighth Avenue, near the historic Apollo Theatre. The band that Babb directs, the McCullough Band, takes its name from Daddy Grace's successor, Daddy McCullough. Having existed for three decades, it is considered the senior band within the church. Babb, a soft-spoken insurance salesman, leads the church-rocking devotional music that invites the Holy Spirit into the congregation's worship. "That spirit radiates through the brass, out the horn to the people, and then they can feel it. It's like fire shut up in the bones," said Elder Babb.

Church leader Apostle H. M. Swearinger praised both Babb's musical and devotional abilities: "He can judge the mood of the crowd and create a sound that will touch the hearts of every person sitting within hearing distance of his trombone, like he is playing something you have been waiting to hear and didn't know it."

Babb is known among church members as one of "The Three Stars of the Kingdom," the surviving member of the three early creators of this musical style. The other two stars, George Holland of Newport News and Norvus Miller of Washington, D.C., are deceased. In 1993, Babb, Holland, and Miller were honored by their church for their artistic excellence and their spiritual devotion in a program in Washington entitled "Legends of the Leaders."