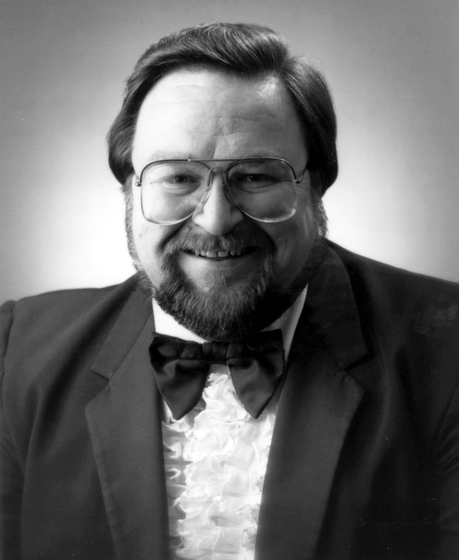 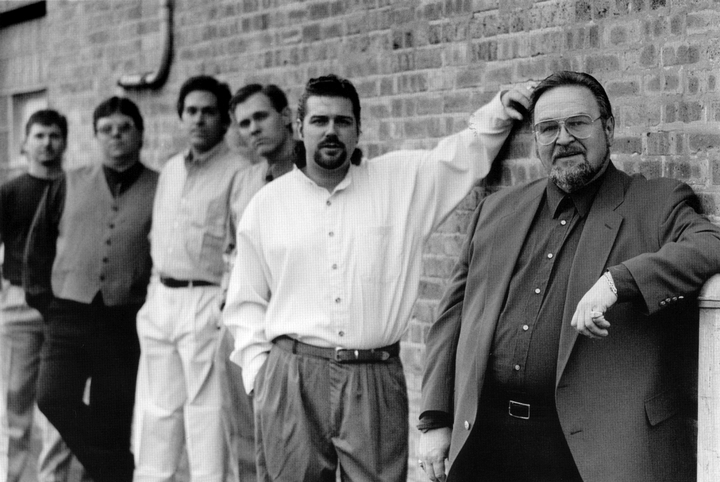 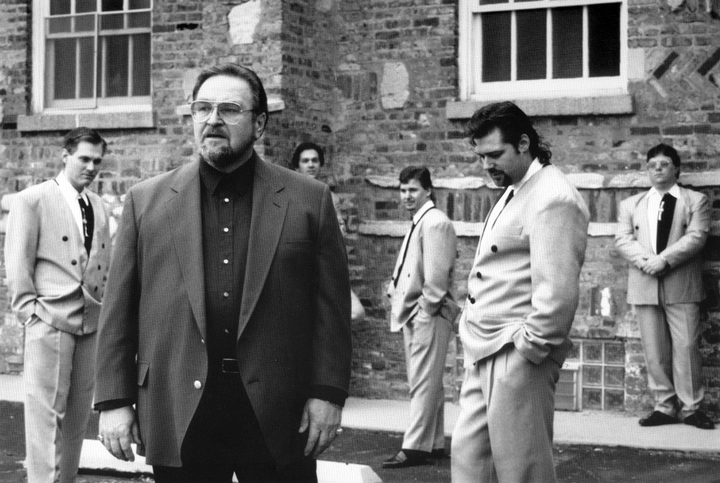 Eddie Blazonczyk was the son of immigrants from the rural Tatras Mountains region of southern Poland. His parents owned and operated Chicago's Pulaski Ballroom, where Eddie heard some of the most influential polka players of the day, such as Steve Adamczyk, Lil' Wally Jagiello and Eddie Zima. Blazonczyk's mother directed a music and dance ensemble, and his father played cello in a band, exposing the boy to Polish Highlander (Goralska) music, as well as to the popular polka rhythms.

When the elder Blazonczyk bought a new tavern in the Wisconsin north-woods village of Hiles, the young Eddie was exposed to the music of other Slavs, Scandinavians and "Kaintucks" -- Kentuckians who came to work in the timber-producing region. As a teenager, Eddie began playing the new popular rockabilly music with his group, Eddie Bell and the Hill Boppers. When he moved back to Chicago in 1963, he rededicated himself to the Polish music of his heritage.

Blazonczyk formed his own polka band, the Versatones, and created the Bel-Aire record label. He worked to forge a new polka sound that incorporated the more raucous approach of the much-admired Lil' Wally with the polished style of the influential vocalist Marion Lush. Blazonczyk played several instruments but preferred to play the bass, which freed him to sing both English and Polish lyrics in his pleasant tenor voice.

He met his wife, Tish Zielinski, at a polka dance in 1962 at Polonia Banquets, formerly the Polonia Ballroom. Tish operated the family business, Bel-Aire Enterprises, in Bridgeview outside of Chicago, while the band was on the road. She also joined her husband in hosting polka radio shows on WCEV-AM and WPNA-AM.

Eddie Blazonczyk, Jr., a concertina player, joined the band after his father had open-heart surgery. "The doctor told me to take it easy," Blazonczyk Sr. said. "Junior was going to start up his own band, so I told him this was a great opportunity for him. Now, he's responsible for everything- - booking, transportation, lodging, payroll. All I do is show up and play!"

Blazonczyk Jr. described the band's "push" style Chicago sound as "the driving rhythm which is anchored by the heavy accordion bellows-shake and pushing drum and then amplified by heavy brass and soulful polka vocals.... I'm the leader of the band, but the man is still Eddie! He's the one who the people want to see, and he's still fronting and emceeing -- and he's what the band's all about."

Blazonczyk Sr. was a powerful organizing force in the polka world and received numerous honors for his work. He was one of the five founders of the International Polka Association and promoted many dances and festivals. His Bel-Aire record label has recorded and distributed a wide range of polka music. In 1986, his Polka Celebration recording received a Grammy Award.