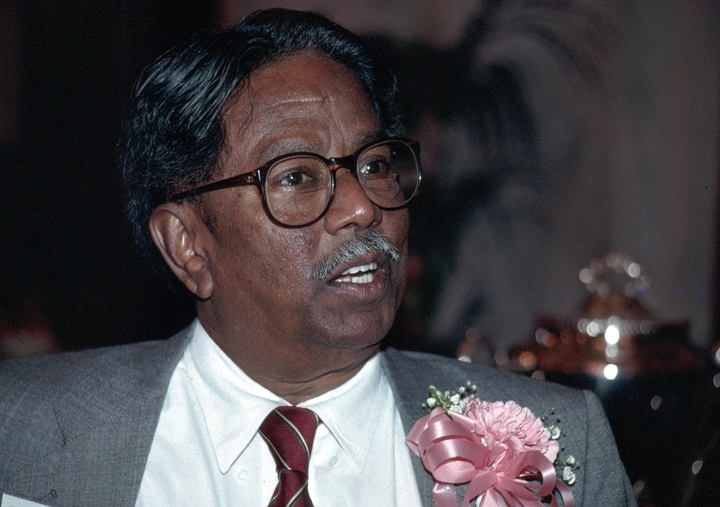 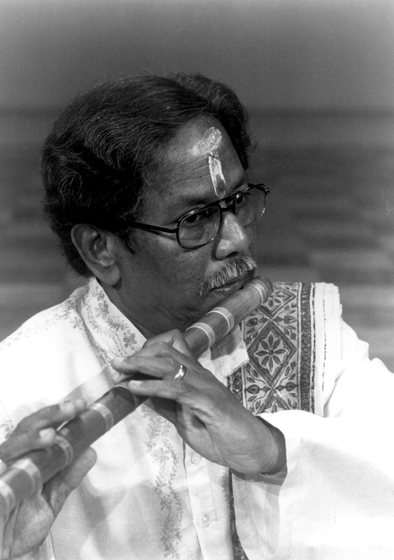 T. Viswanathan came from a family of illustrious Karnatic musicians and dancers. His grandmother, Veena Dhanammal, was considered one of the finest vina (plucked zither) players of the twentieth century, and his sister, T. Balasarasawati, was regarded as the greatest exponent of Bharata Natyam (South Indian classical dance). Although South Indian, or Karnatic, music is based on the same basic concepts, such as raga (melodic mode) and tala (rhythmic meter) found in its North Indian or Hindustani counterparts, its style of ornamentation, musical forms, favored modes and performance traits are different.

Viswanathan learned his family's musical repertoire as a child, and when he was 8 years of age he decided he wanted to study under flute master T. N. Swaminatha Pillai, who lived in Tanjoor, about two hundred miles from the family's home in Madras. Viswanathan left his parents and went to live with his teacher, dedicating himself to studying the flute. Under Pillai's tutelage, he practiced the instrument each morning for two hours before going to school and then for another two hours in the evening before going to bed. Such a commitment was expected of him because he was training to become a professional musician. After about a year, Master Pillai relocated from Tanjoor to Madras. Viswanathan returned to his family and continued to study with Pillai for almost twenty years.

Viswanathan's instrument, the kuzhal, is a bamboo flute with seven or eight holes. The basic pitch of the instrument depends on its length. The kuzhal has no metal keys; its subtle ornamentation is produced by the position of the fingers over the holes and by movement of the head. Classical Indian music is based on scales of five, six, or seven primary tones or swaras represented by the abbreviations sa, ri, ga, ma, pa, dha, and ni. Microtonal variations of these seven tones are called srutis and occur in melodic modes called ragas. The raga is a particular scale. There are several hundred South Indian ragas. The second important component of Indian music is tala, a rhythmic cycle of a number of beats that acts as a metric framework for all musical compositions and improvisations.

For more than forty years, Viswanathan toured India, Europe and North America, both as a solo performer and as an accompanist for his sister. In 1958, he enrolled at the University of California at Los Angeles with financial support from the Rockefeller Foundation and the Fulbright scholarship program. He studied at UCLA for three years, then returned to India, where he became head of the Department of Music at Madras University. He performed in the milestone East-West Encounter in Tokyo in 1961 and at the Edinburgh Festival in 1963.

He settled in the United States in 1966 and worked steadily as a performer and professor at UCLA, the California Institute of Arts and Wesleyan University. In 1976 he and his brother T. Ranganathan recorded the musical accompaniment for Bala, Satyajit Ray's film on the life of their sister. In 1978 the government of Madras selected him as Instrumental Musician of the Year. He was awarded an American Institute of Indian Studies research fellowship in 1992 to do research on raga alapana and subsequently also engaged in research on javalis (dance compositions).