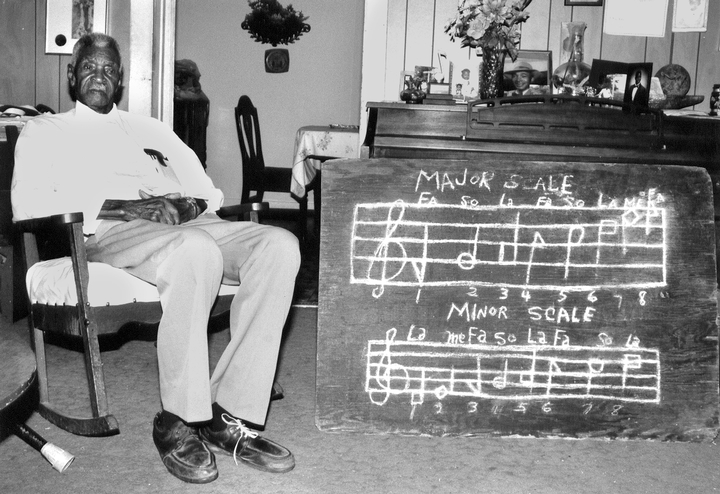 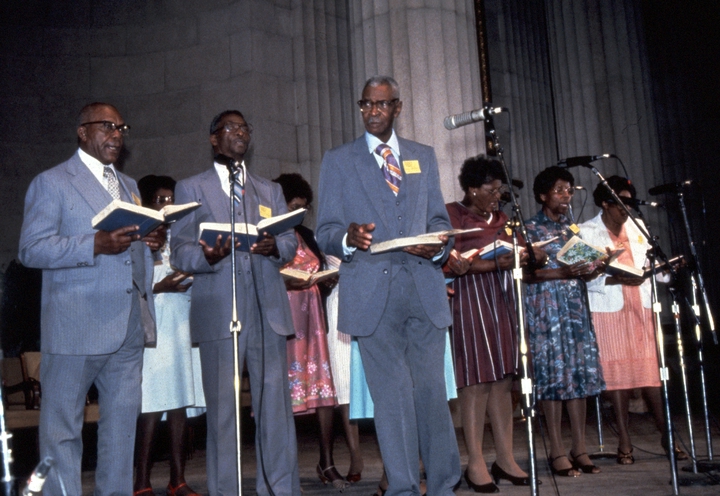 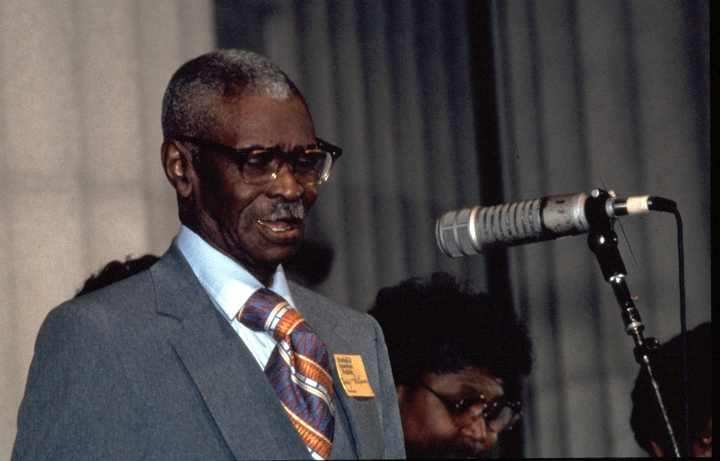 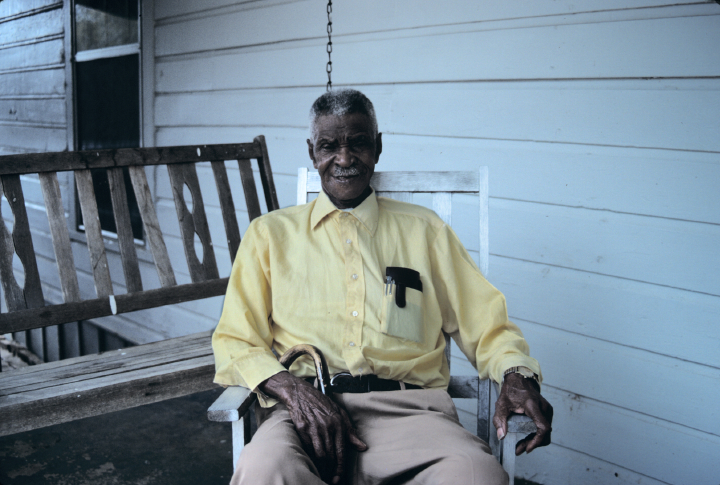 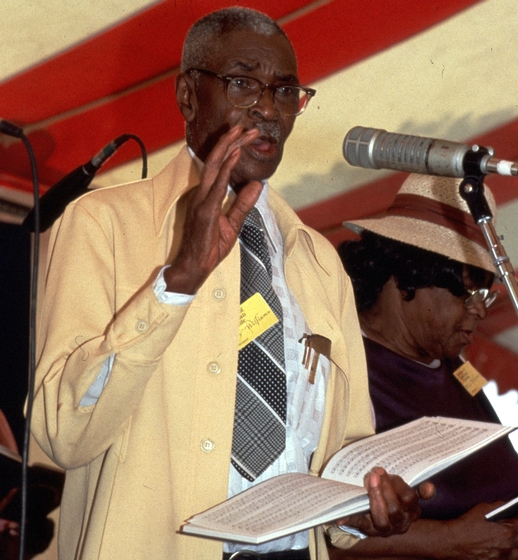 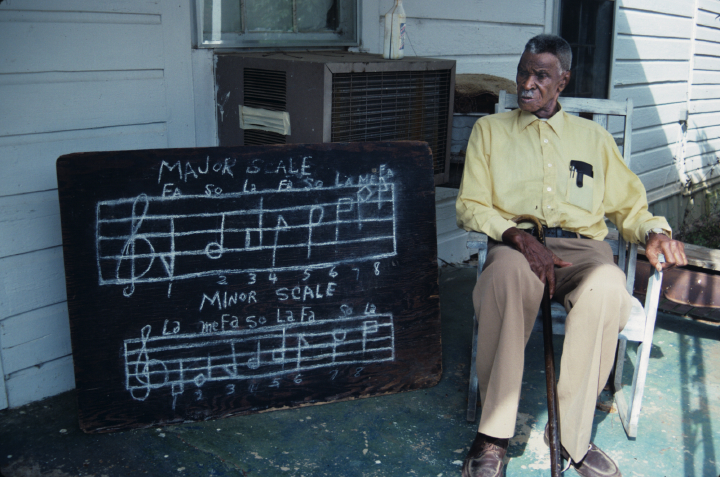 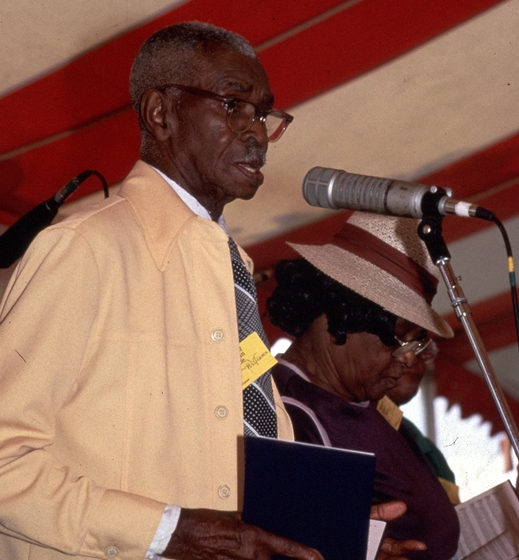 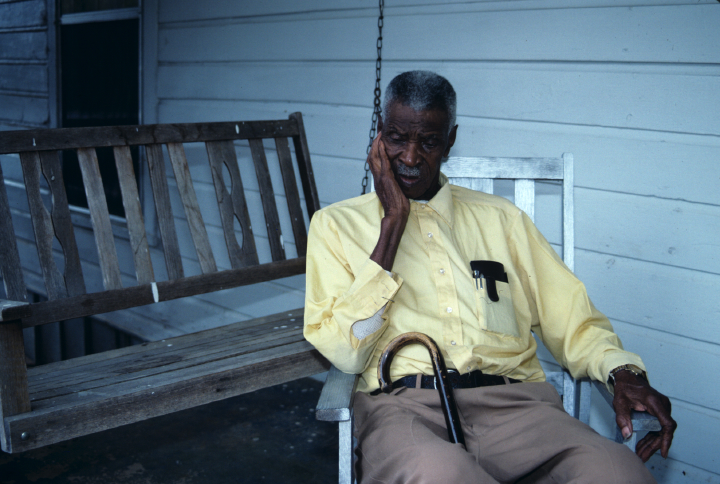 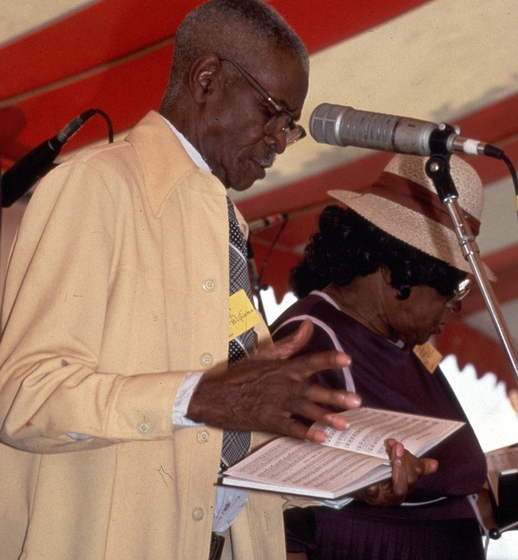 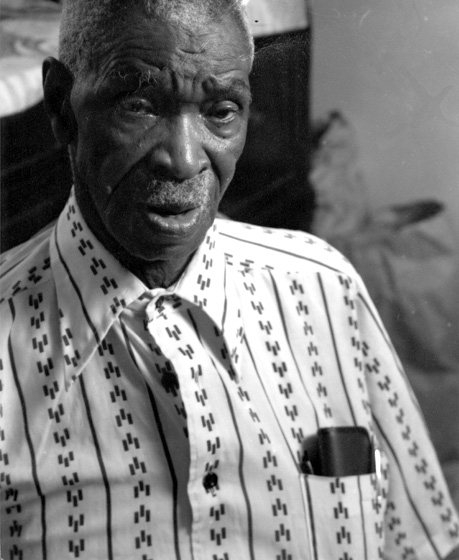 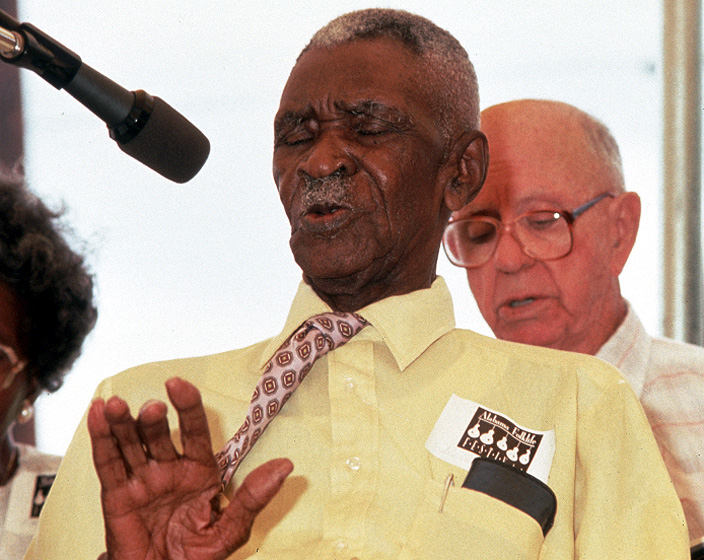 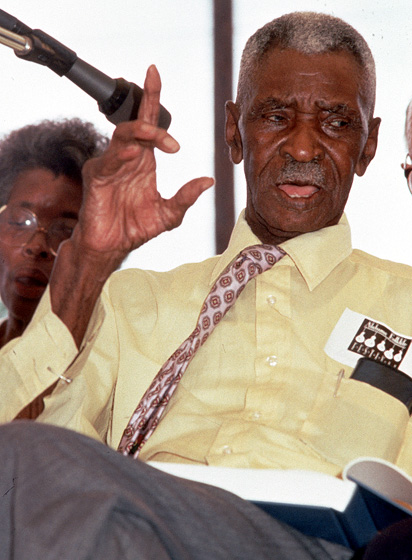 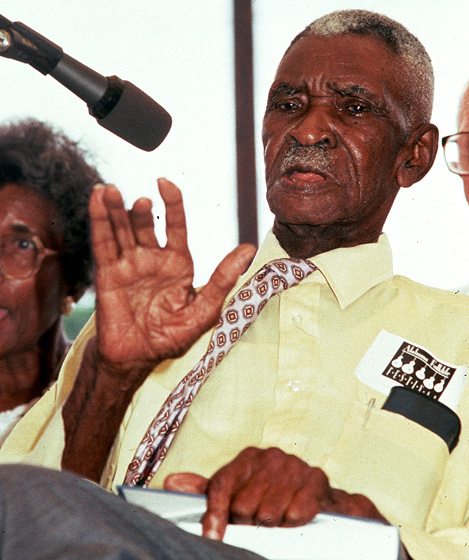 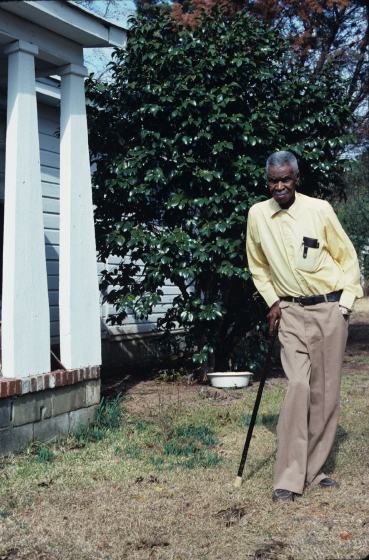 Dewey President Williams was the son of sharecroppers and the grandson of slaves. His parents, June and Anna (Bruner) Williams, farmed in the Haw Ridge community, seven miles west of Ozark, in Dale County, Alabama. His grandparents had been slaves in adjacent Barbour County, in the southeastern part of the state.

As a child, Williams was instructed in the singing of Sacred Harp or shape-note hymns by his grandmother in the kitchen of her house. "I started when I was about seven years old," Williams said. "When I first started off, I'd hear my old folks singing at night, and I'd get up the next morning; me and my brother would set in the kitchen and take the book and look at it and sing the same songs they sung. We didn't know what we was doing, but we knew it was singing."

Williams attended public schools in Dale County through the third grade but was forced to leave to join his father as a sharecropper. As he grew up, he learned more about the Sacred Harp and Seven Shaped Music from local music leaders, notably Webster Woods and Judge Jackson, two black singing school masters. Judge Jackson was the author and editor of The Colored Sacred Harp (1931), the only black Sacred Harp hymnal ever published.

The term "shape-note" refers to the four shapes (triangle, square, oval, diamond) used to designate the four tones of the scale (bass, alto, tenor and treble) used in Sacred Harp arrangements. Sacred Harp is performed in unaccompanied four-part harmony, with the singing of the notes preceding the lyrics. Sacred Harp takes its name from the songbook The Sacred Harp, first published in 1844. Thirty-eight different shape-note tune books were published between 1798 and 1855, but The Sacred Harp is the only one that remains in common use. The songbooks were originally used in singing schools and were eventually used at singing conventions. They were never used historically as part of the liturgy of an established church. First developed in New England, Sacred Harp or shape-note singing is immensely popular in the Deep South. Southeast Alabama is the only area in the country where there is a vibrant black Sacred Harp tradition. Documentation dates the earliest black convention to 1880, and there is evidence that Sacred Harp was sung by African Americans before the Civil War.

During a typical sing, participants arrange themselves in a square according to voice part, the basses facing the trebles and the tenors facing the altos. A song leader stands in the middle of the square leading the singers, first through the notes to the songs and then through the lyrics, a practice emanating from the traditional singing school classes, where singers are taught the notes (musical syllables) and then the words.

Although African Americans sing essentially the same hymns as their Anglo counterparts, they perform in a somewhat different style. About these differences, Williams said, "White folks sing it faster than we do, as a rule. Singing is the understanding, but really and truly, we sing the way it was sung back ... years ago."

In 1921, Williams married Alice Nancy Casey in Ozark, Alabama; the couple had eight children. Williams continued to labor as a sharecropper and maintained a strong Christian faith. He was a member and deacon of the Church of God by Faith in Ozark. At age 40, Williams began to teach singing school himself, and over the next 25 years he traveled throughout southeast Alabama to instruct people in African American communities.

In 1956, he developed a Sunday morning singing program that aired weekly over radio station WOZK. In 1964, he began producing and directing a monthly television program dedicated to the celebration of Sacred Harp singing for television station WTVY, in nearby Dothan, Alabama.

After he retired from farming, Williams devoted himself full-time to teaching and performing Sacred Harp music. He organized the Wiregrass Sacred Harp Singers in 1971 and directed the group in performances and workshops throughout Alabama, as well as in touring programs in Washington, D.C.; Montreal, Canada; and Berea, Kentucky. In 1973, he worked with the Alabama State Council on the Arts and Humanities to reprint The Colored Sacred Harp. Williams was able to key and sing every part of every one of the more than 500 songs in The Sacred Harp, in addition to the 77 songs in The Colored Sacred Harp.