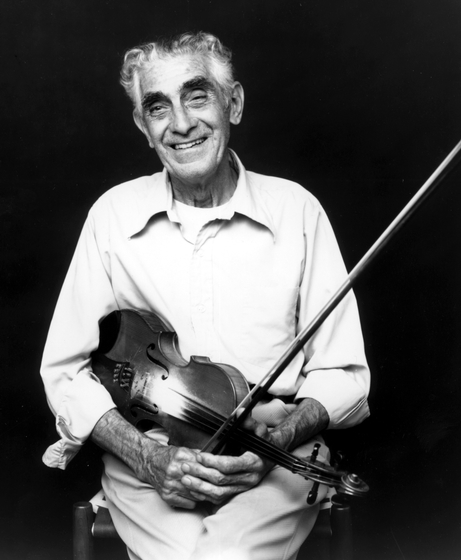 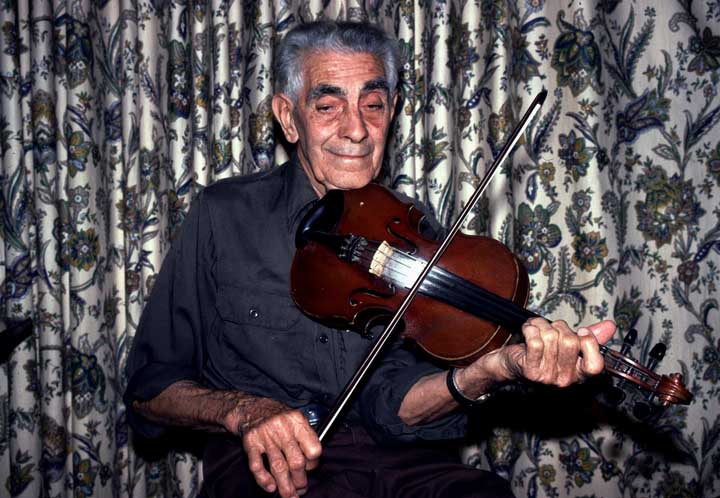 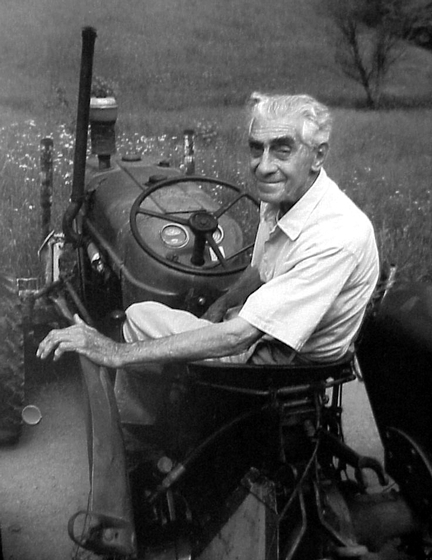 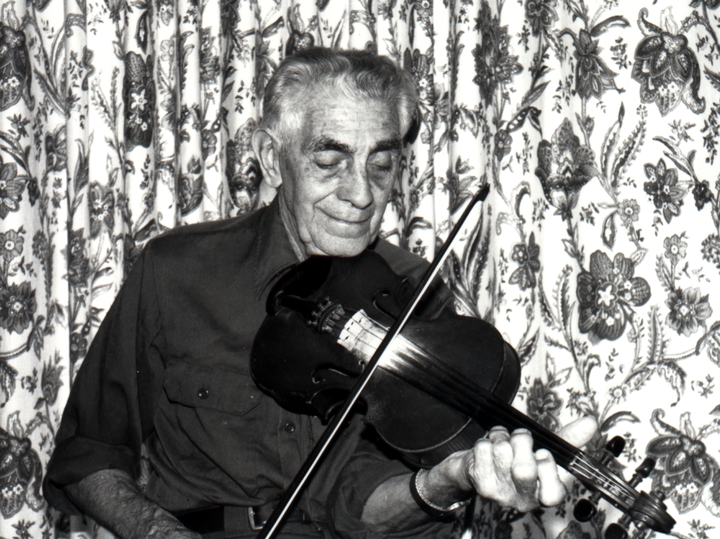 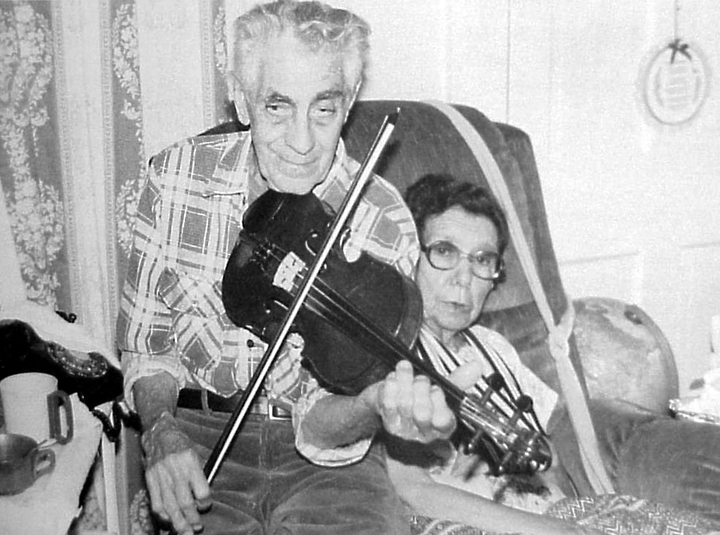 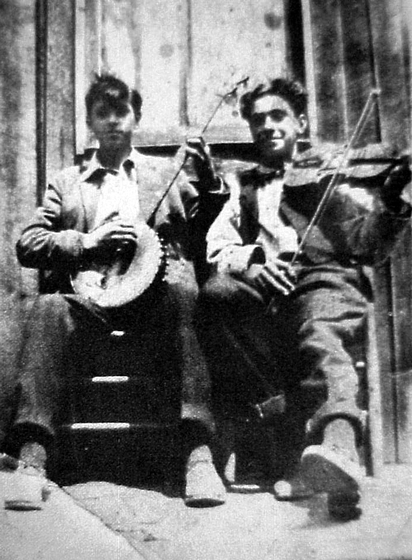 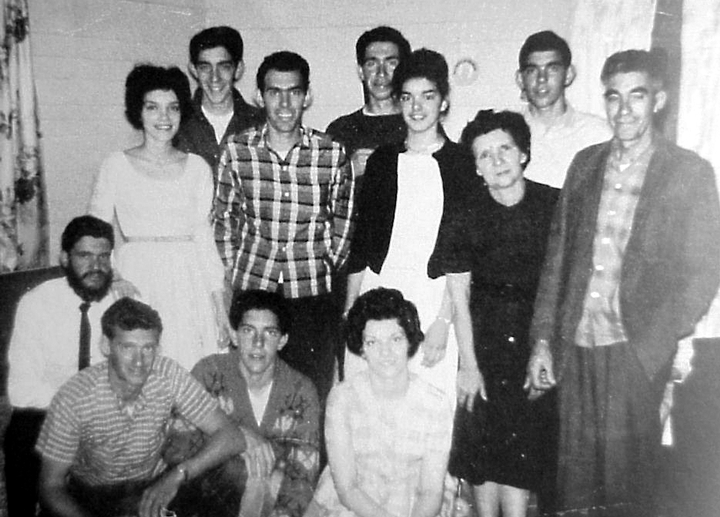 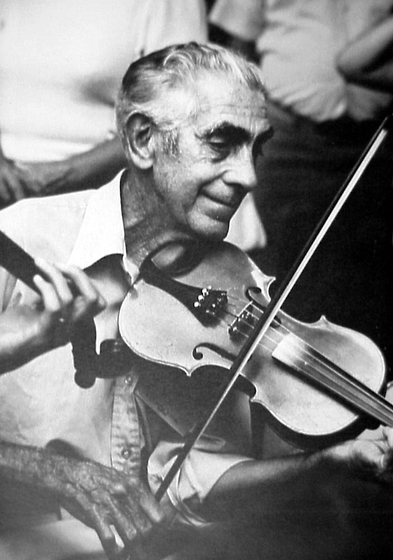 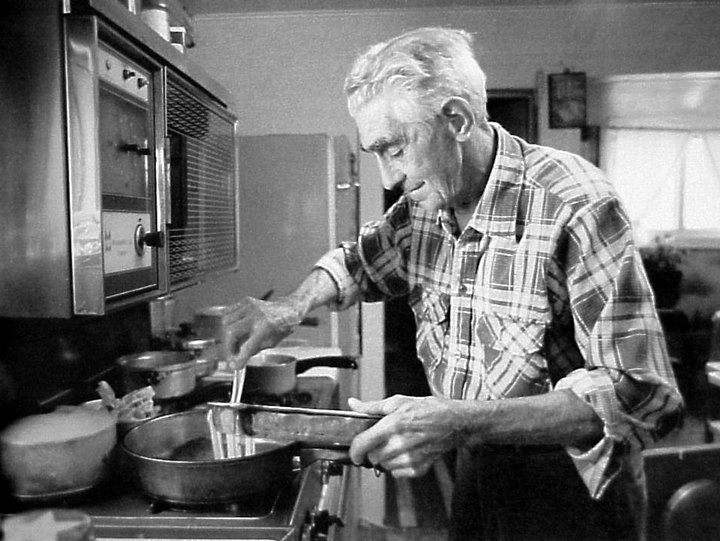 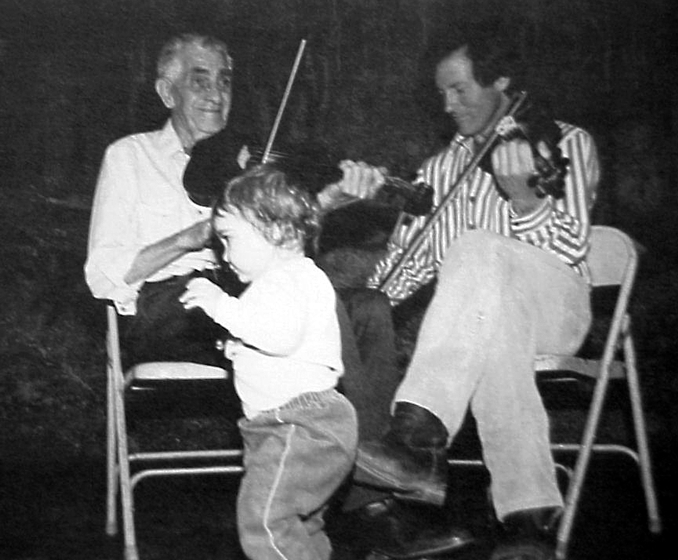 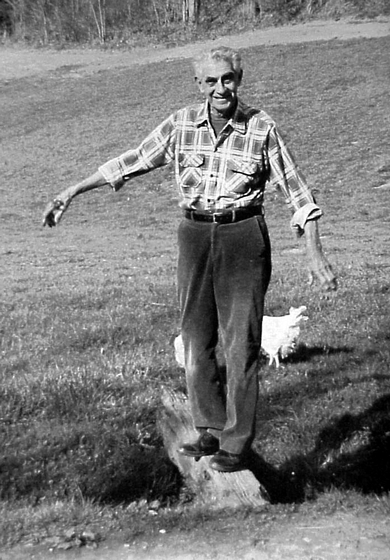 Melvin Wine came from a musical family in Burnsville, West Virginia. His father, Bob Wine, played the fiddle, and his mother, Elizabeth Sandy Wine, sang ballads and hymns. Some of Melvin's earliest memories were of lying in bed at night, listening to his father's fiddling. "Some of those tunes he'd play at night would just touch me," he said. "I don't know why. One of them, 'Lady's Waist Ribbon,' used to make me cry. There was just something about it that bothered and overjoyed me."

Melvin had little formal schooling. When he was 9, he started playing the fiddle while his father was out hunting, cutting timber or working as a farmhand for neighbors. He taught himself "Bonaparte's Retreat," and after many days of practicing, he played the tune for his father, who in turn taught him some of the tunes that he had learned from his own father, Nelson Wine, and his grandfather, "Smithy" Wine. These included "Cold Frosty Morning" and "Hannah at the Springhouse," among others.

"My dad, if I didn't play it right," Wine said, "why, he'd get behind me and grab ahold of my arm and show me how to do it. We played so near alike that he could note the fiddle and hold it and I could use the bow, or vice versa."

Besides his father, Wine credited other area fiddlers as the sources of many of his tunes — jigs, ballads and waltzes that he heard played by Sam Hacker, Jack Blake, John Cogar, Milt Perkins, Jilly Grace and others. Wine said he once made a "pilgrimage" to "Uncle Jack" McElwain's home in Webster County, West Virginia, to learn the songs that he knew, including one of his favorites, "Old Sledge." While there, he also visited Tom Dillon, who, he said, "played with two bows strapped together and sometimes he danced as he played. Stood up and back-stepped!"

During the Great Depression, Melvin went "on the road" with his brother, Clarence, playing in restaurants and bars and over local radio. After three months of work at a radio station in Fairmont, West Virginia, they gave it up and came home. Melvin took any kind of job he was able to find, including several years in the coal mines, and then he became a farmer. In 1930, he met and married his wife, Etta Singleton, who called square dances and played banjo and guitar.

Over the years, Wine kept on fiddling, and his reputation continued to grow. For more than two decades he was the most frequent winner of the West Virginia State Folk Festival Fiddling Contest in Glenville, West Virginia. In the 1980s and 1990s, Wine was invited to perform at the Vandalia Gathering in Charleston, West Virginia; at the Berea Celebration of Traditional Music in Kentucky; and in concerts and festivals across the country. He also volunteered to play weekly for the residents of a Braxton County nursing home and donated his time at homecomings, cakewalks and fund-raisers.

Acclaimed as one of the most versatile of fiddlers, Wine is also renowned for his deft bow work and the immensity of his repertoire, including the varied melodies and tunes of his youth, many of which date back more than 200 years to the earliest Appalachian settlers.