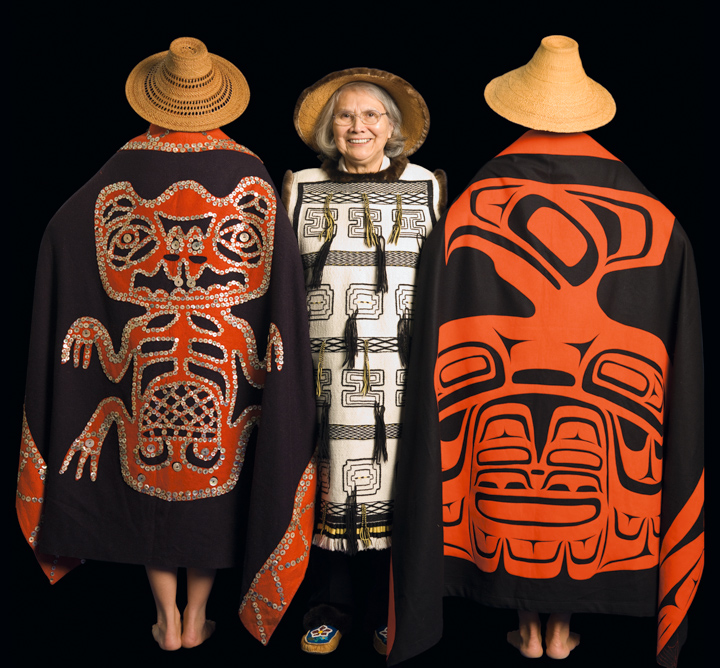 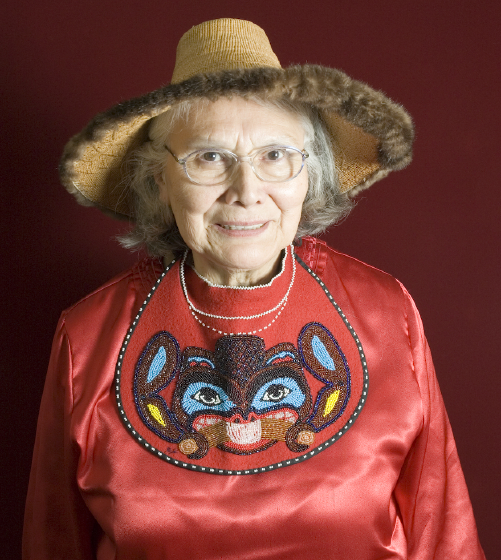 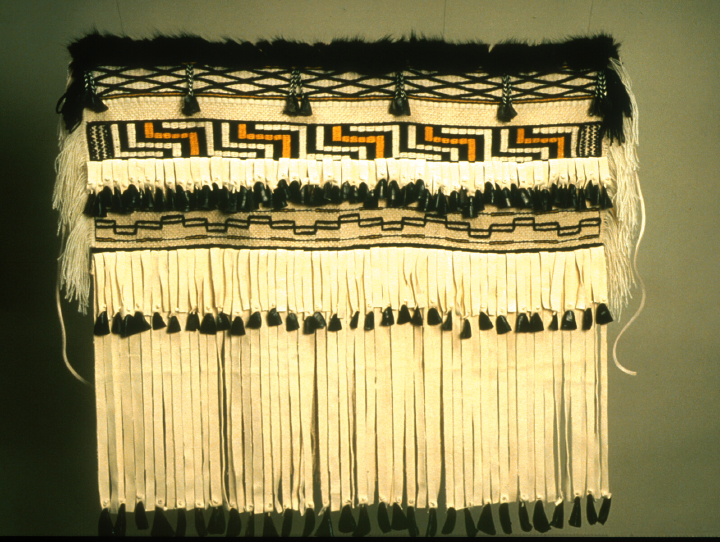 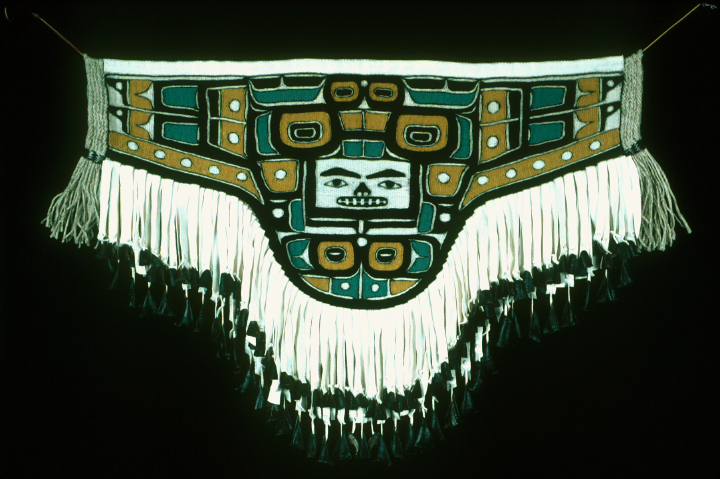 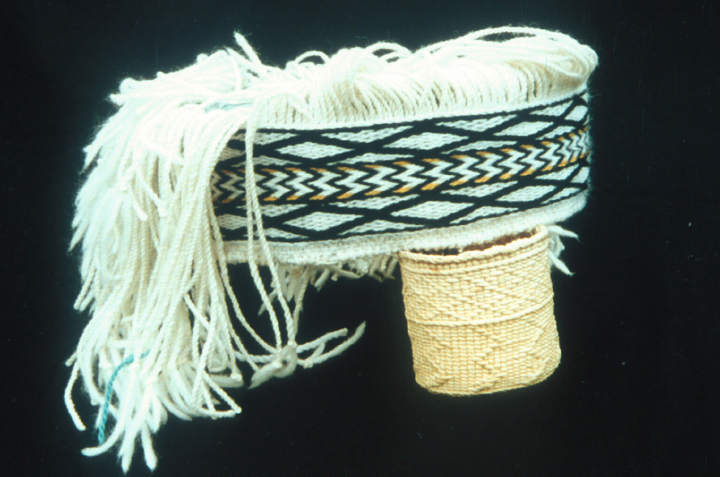 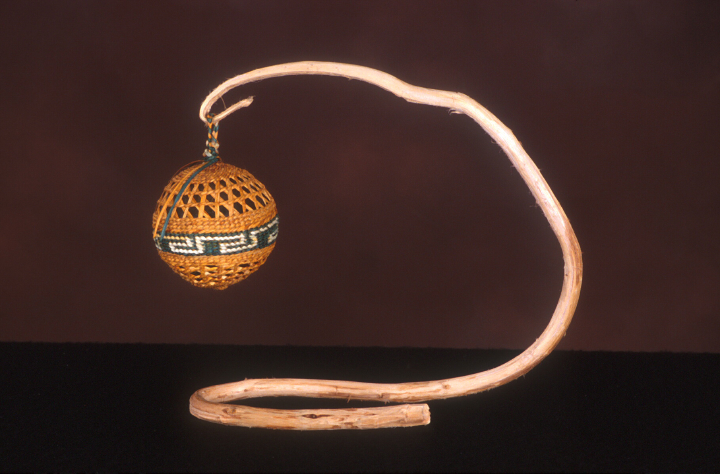 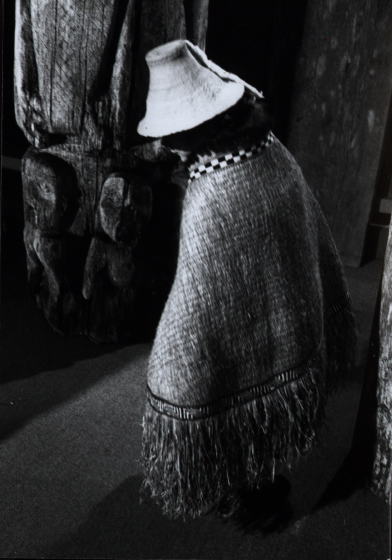 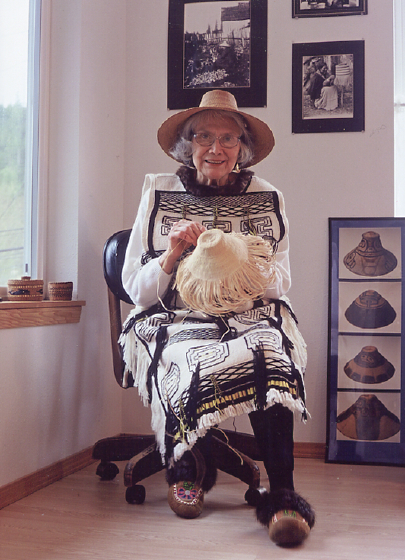 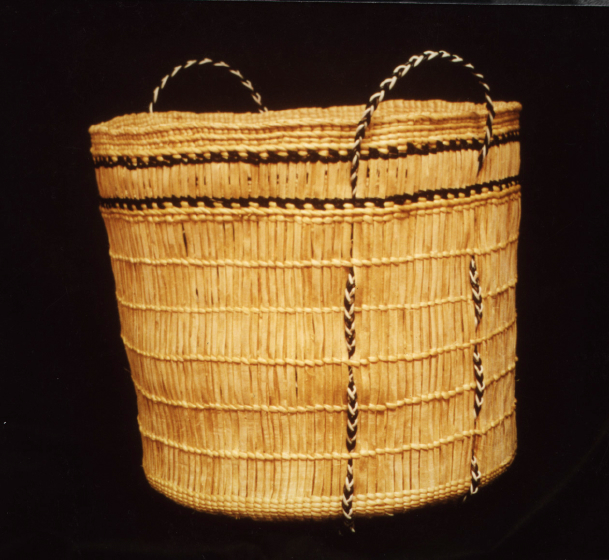 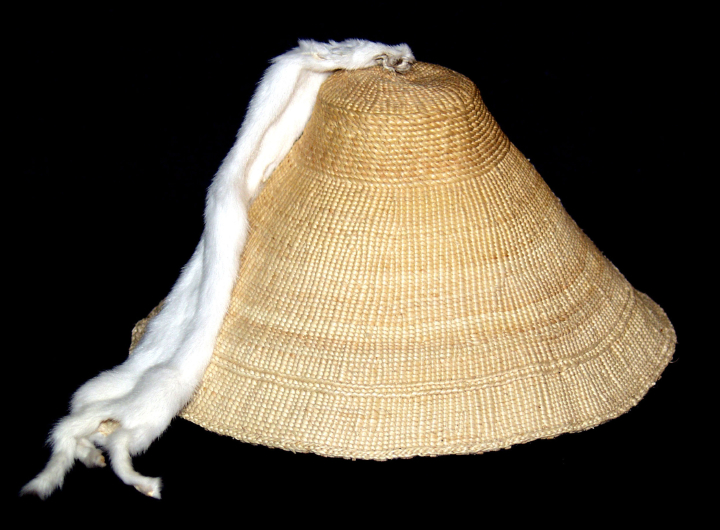 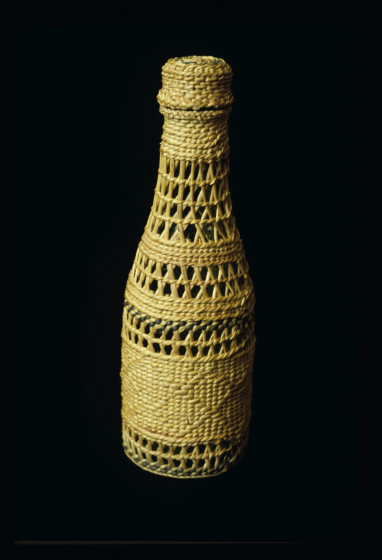 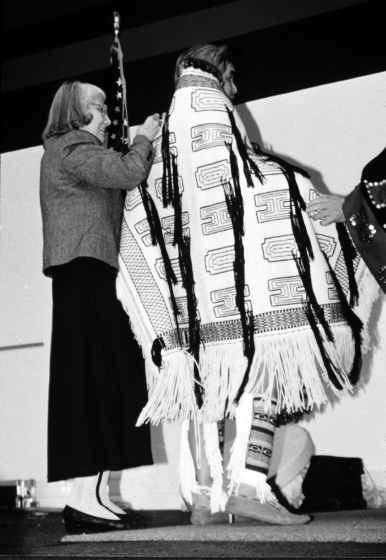 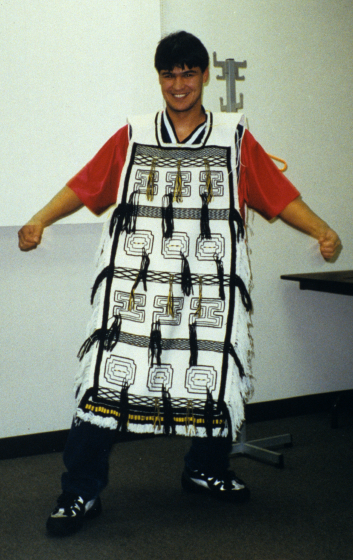 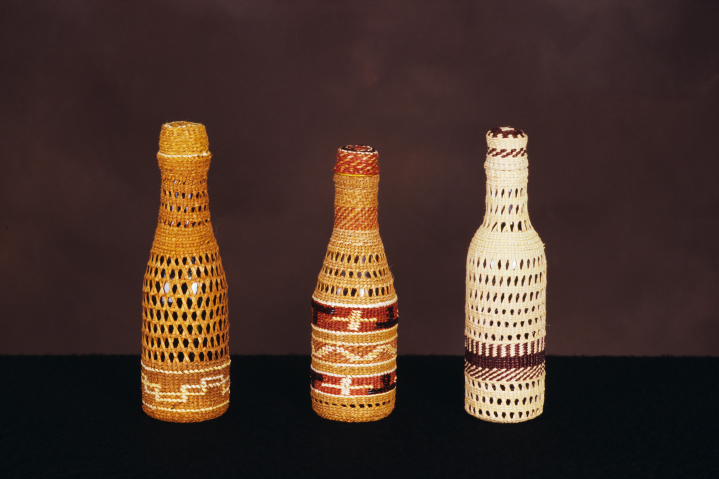 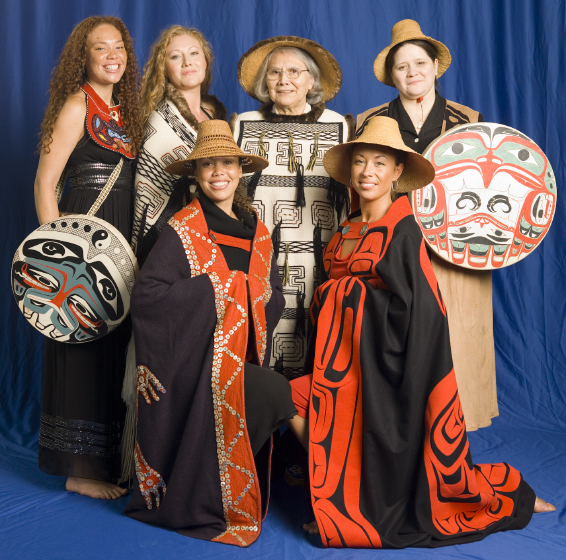 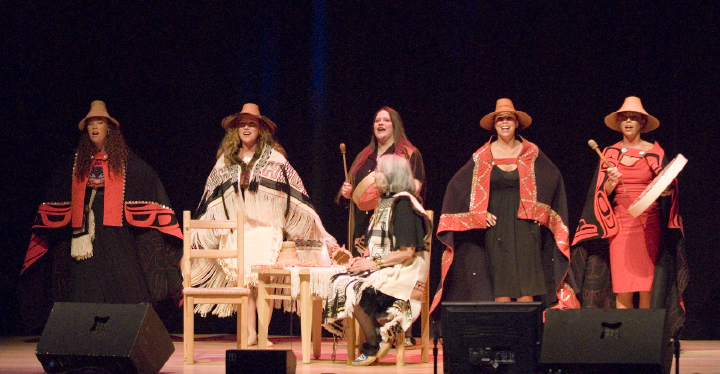 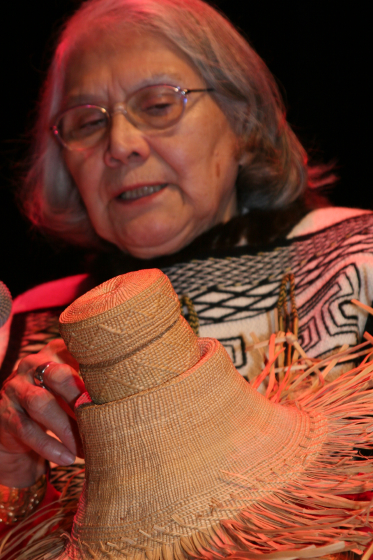 Delores Churchill comes from a long line of weavers on her mother’s side of the family. When she was in school, Delores began learning from her mother, Selina Peratrovich. But Delores became disillusioned when she won a contest and her mother gave the $5 prize to another girl. “I got so mad I took down the blue ribbon, stomped on it and yelled, ‘I’ll never weave again!’” she told NEA interviewer Mary Eckstein.

Churchill’s interest in weaving revived when she was 42, married and working as a hospital bookkeeper. At her husband’s urging, she enrolled in a class her mother was teaching at a community college. Churchill also learned from Flora Mater, an accomplished Tsimshian weaver, and from Lydia Charles, an elderly Haida woman who was a patient at the hospital where Churchill worked.

Another source of knowledge and inspiration was Annie Jacobs, whom Churchill met at the Pioneer Home in Sitka. Jacobs had suffered a stroke but regained her enthusiasm for weaving after Churchill brought her spruce roots to work with. “From then on, I learned more Tlingit weaving from Annie Jacobs than from anyone else, and it was partly because she had had a stroke,” Churchill said. “When you learn the traditional way, you sit and watch and then experiment, and by experimenting you learn. Most weavers go so fast, it’s difficult to learn. But because of her stroke, she went slowly, and I was able to watch her and pick it up.”

Churchill uses spruce root, cedar bark and natural dyes to create objects both utilitarian and ceremonial — baskets, hats, robes and other regalia. For her, weaving is very much a living tradition. “As long as Native art remains in museums, it will be thought of in the past tense,” she told Eckstein. She helped the villagers in Klukwan replicate a 500-year-old spruce root found frozen in a glacier on the Yukon-Alaska border.

Churchill’s mother, who lived to the age of 95, helped pass the tradition along to Churchill’s daughters, Holly and April Churchill and Evelyn Vanderhoop, and others in the family. “It was so important to her that the art of basketry go on and to have her children continue it,” Churchill said.

Her mother was a demanding teacher. “She was much stricter with me than she was with my oldest daughter, April, because by then April was weaving and my mother was selling her baskets and giving them to relatives. But she was taking my baskets and burning them. Because I was working at a job, I really wasn’t that diligent — I guess I enjoyed the weaving but wasn’t really trying to learn how to prepare the materials. …

“Preparing your material is actually the most important part of it. When the University [of Alaska] asked me to teach an evening class because there were so many people wanting to learn to do basketry, my mother told me, ‘You’re not ready.’ For the next two years, all I did was material preparation.

“One thing that’s really sad,” she said. “I’ve been teaching at the university since 1974, and of all the people that I’ve taught, maybe less than ten are really dedicated to the weaving. You have to be really dedicated because you won’t earn a lot of money. The joy you’re going to get is from the art.”

Delores Churchill describes how baskets were used and made when she was a child, Bethesda, Maryland, 2006, interview by Alan Govenar

Delores Churchill explains how early weavers used only a disc to help them weave, Bethesda, Maryland, 2006, interview by Alan Govenar

Delores Churchill explains why she is devoting her life to teaching basketry, Bethesda, Maryland, 2006, interview by Alan Govenar

Delores Churchill answers the question 'Who is your biggest inspiration?' Bethesda, Maryland, 2006, interview by Alan Govenar

Delores Churchill explains how her mother was the first to use different materials in weaving, Bethesda, Maryland, 2006, interview by Alan Govenar