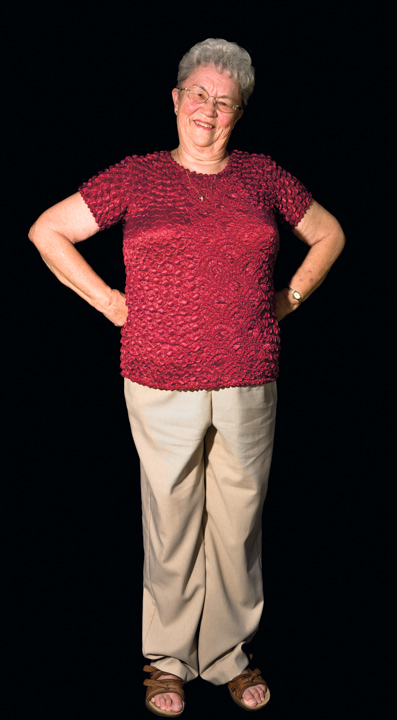 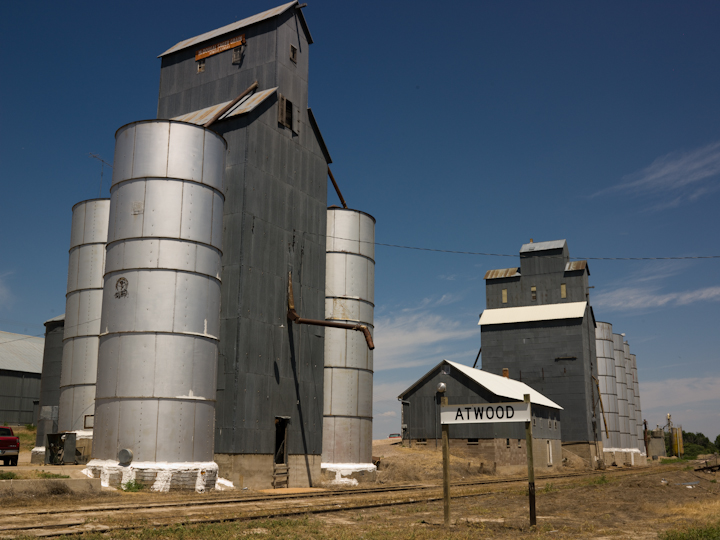 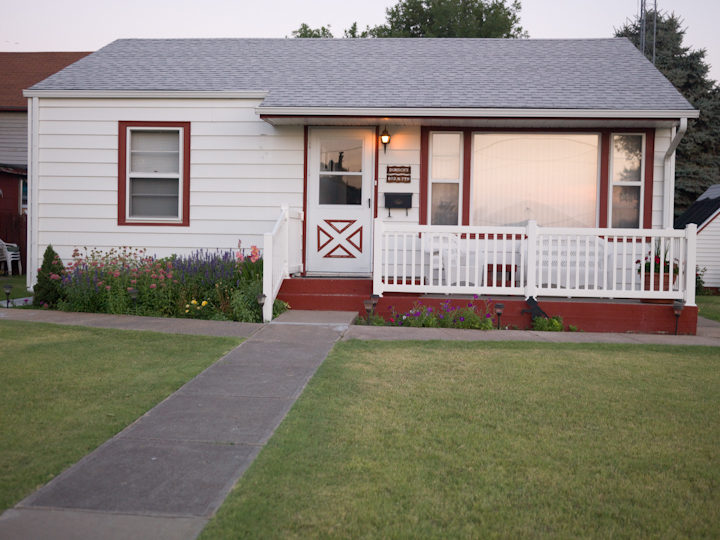 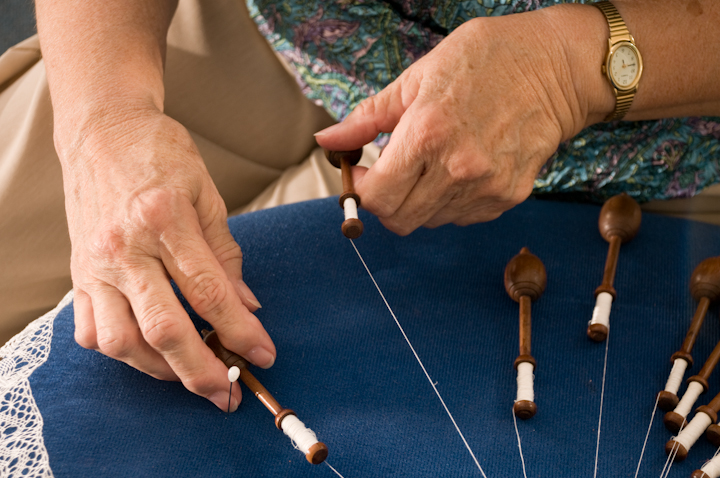 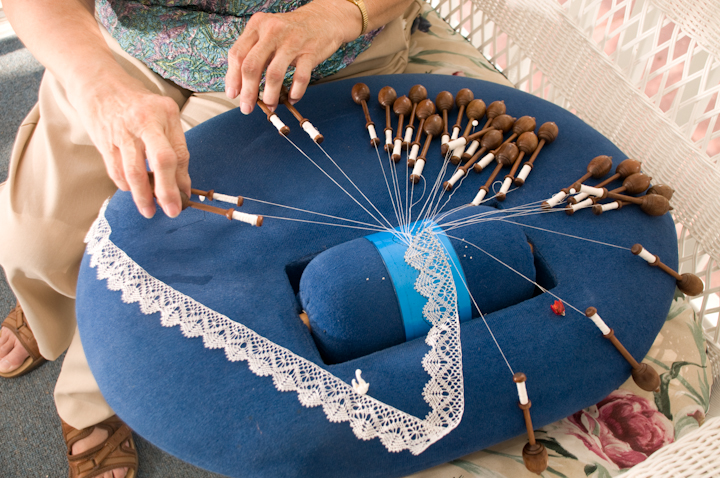 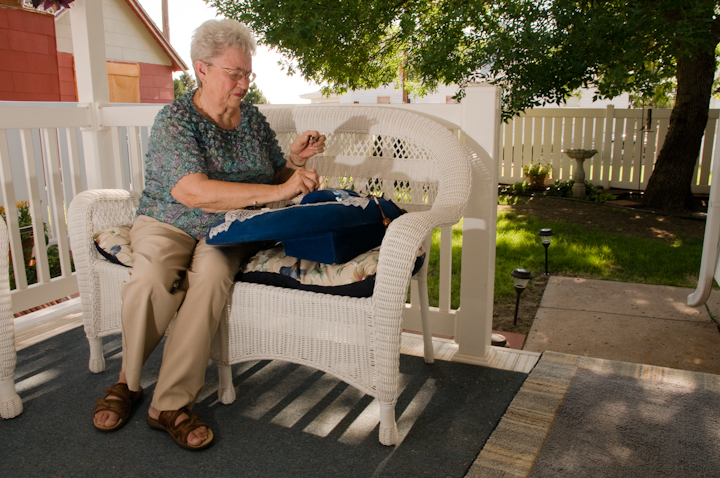 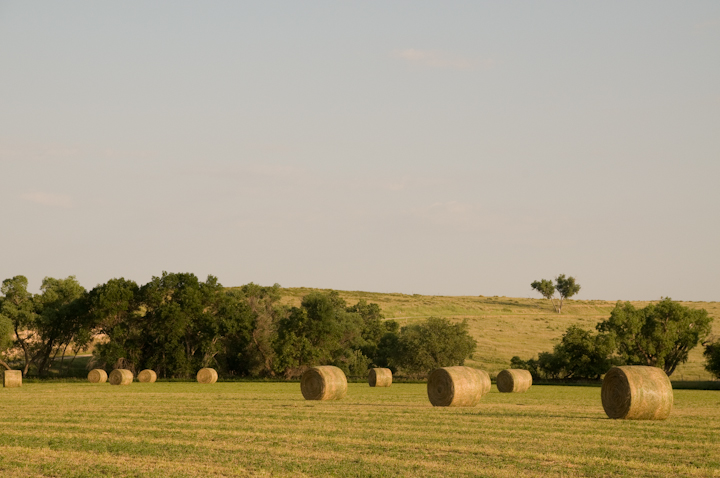 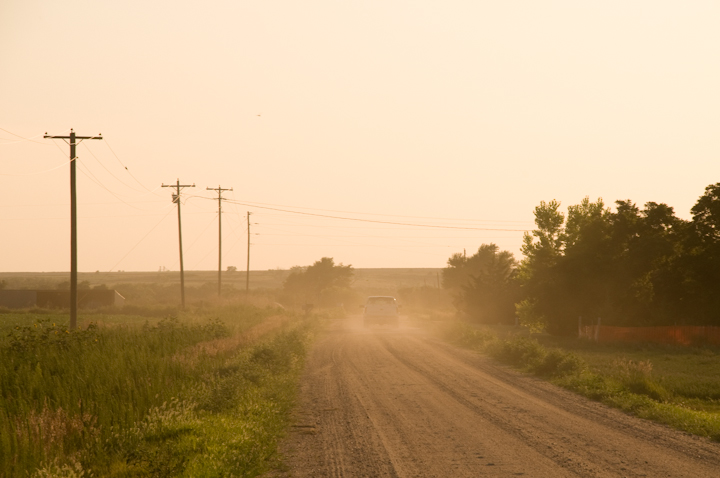 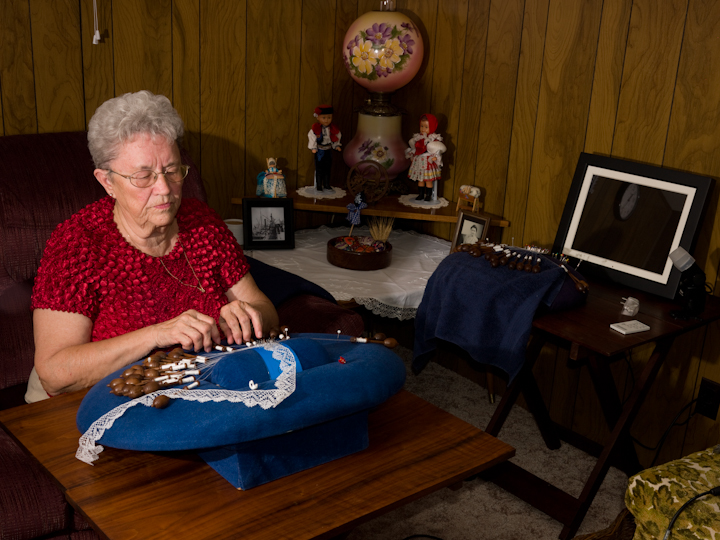 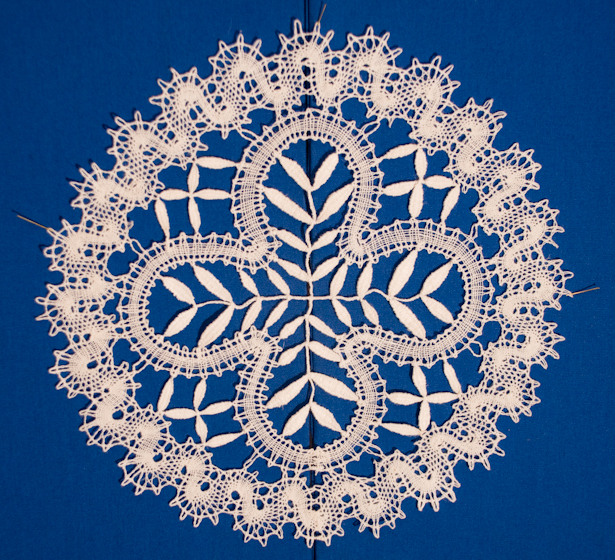 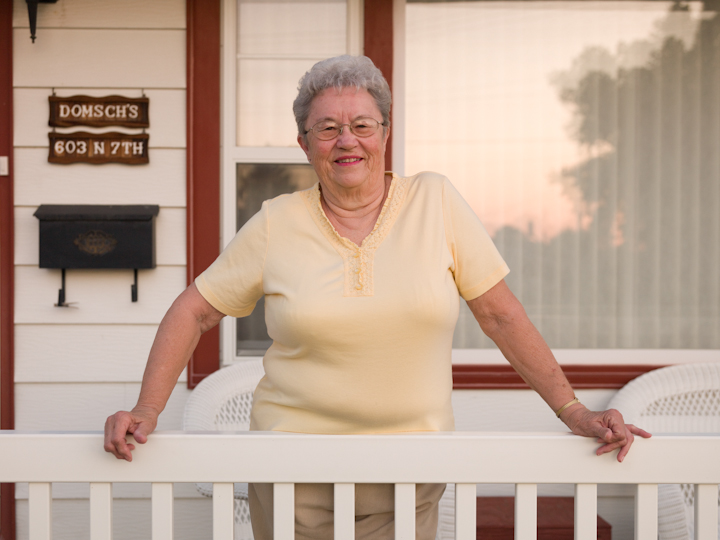 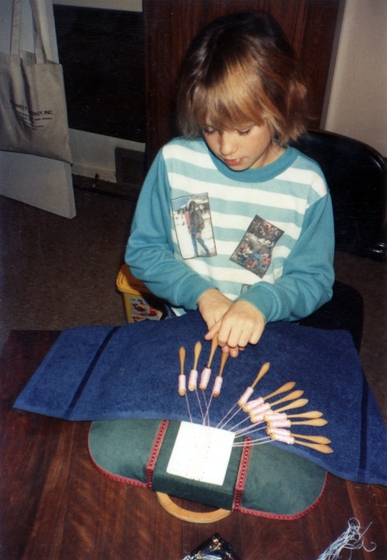 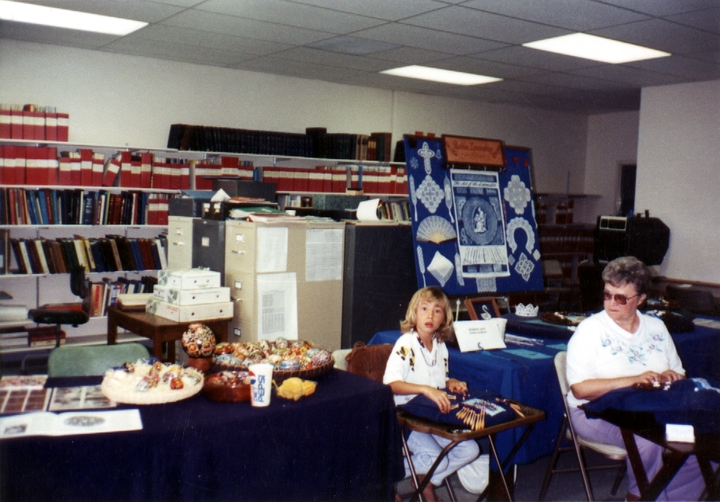 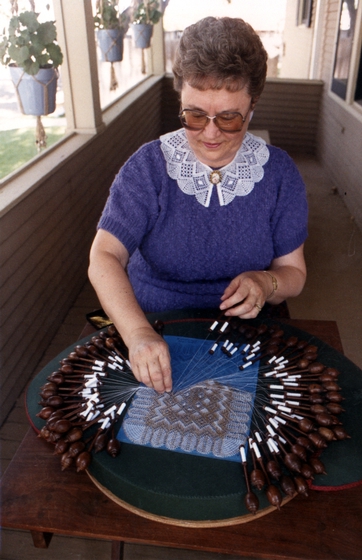 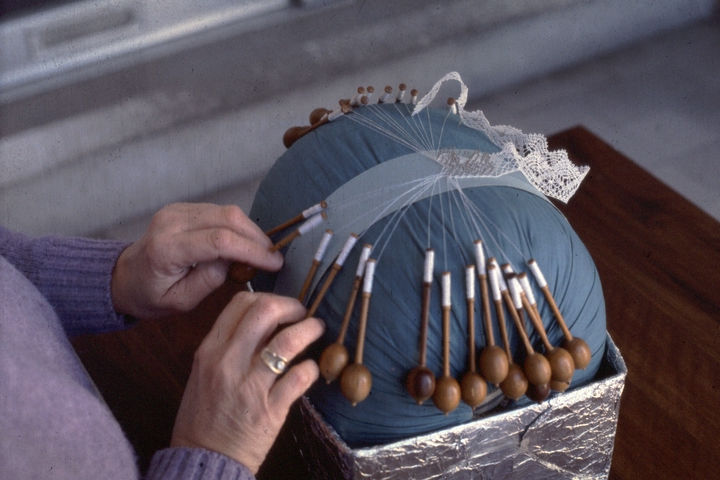 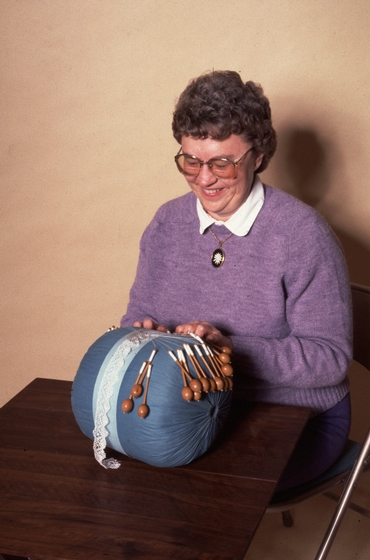 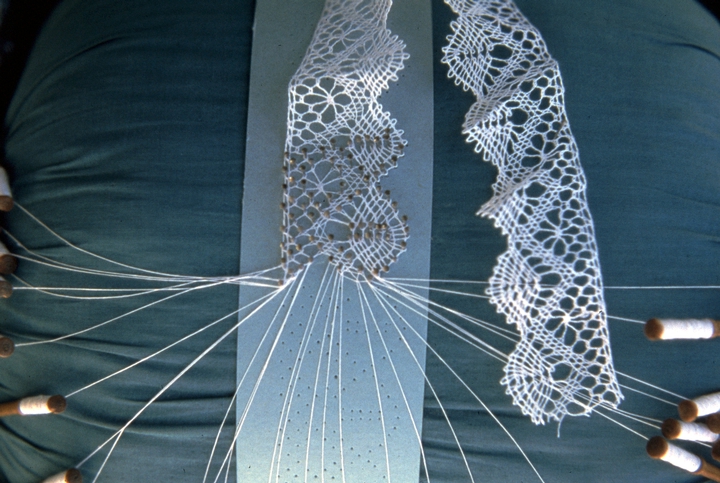 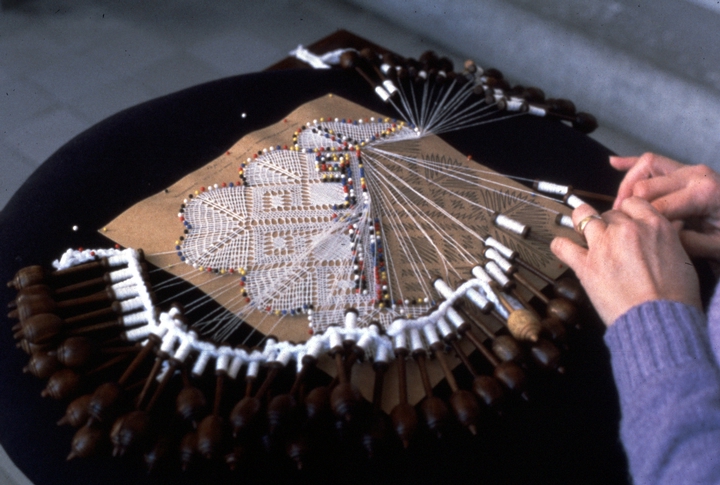 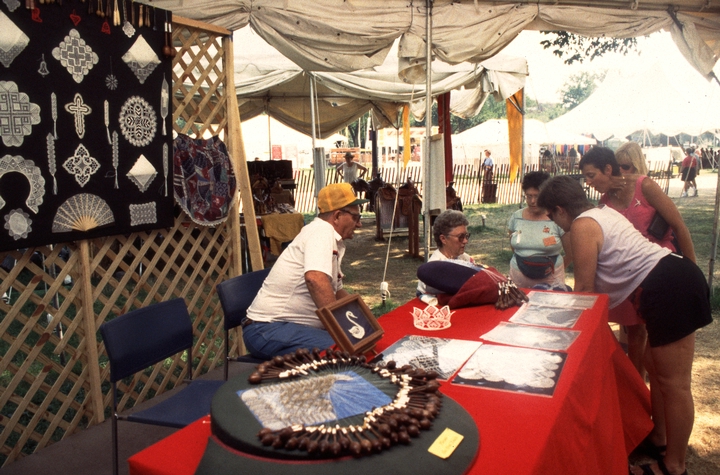 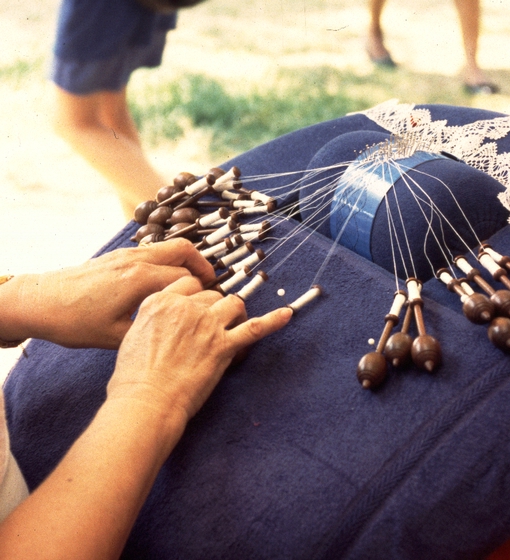 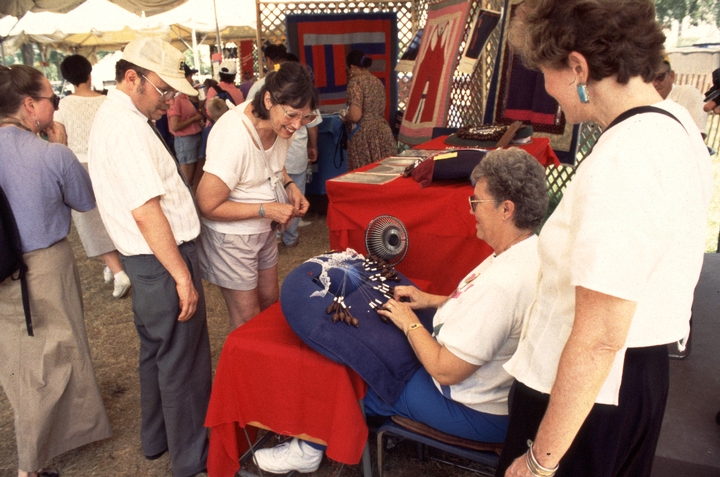 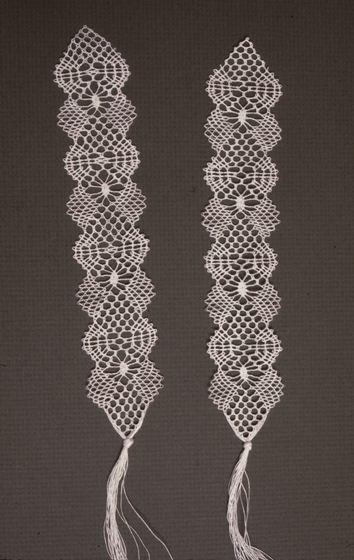 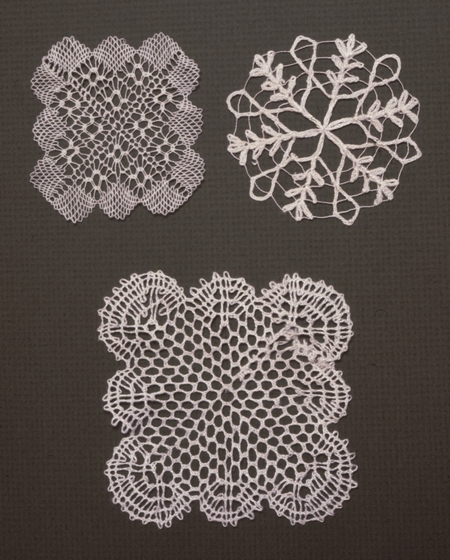 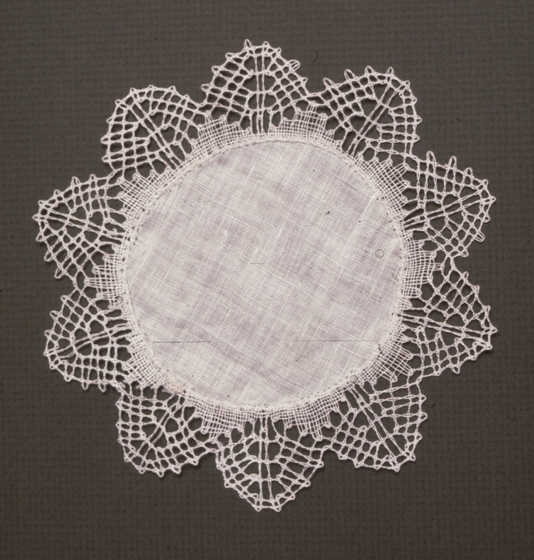 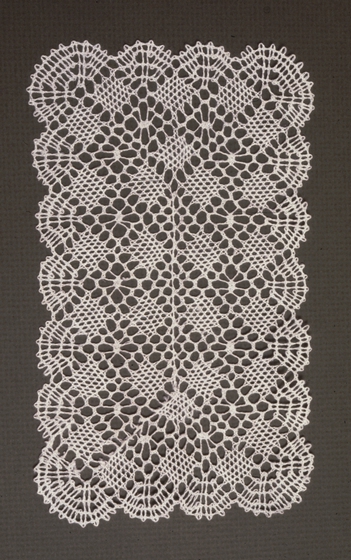 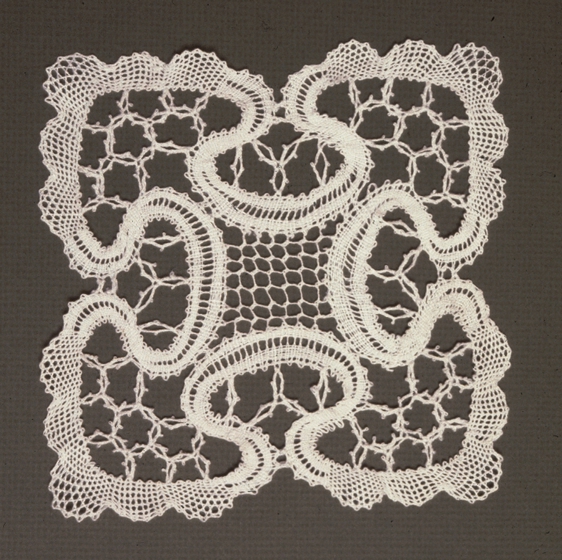 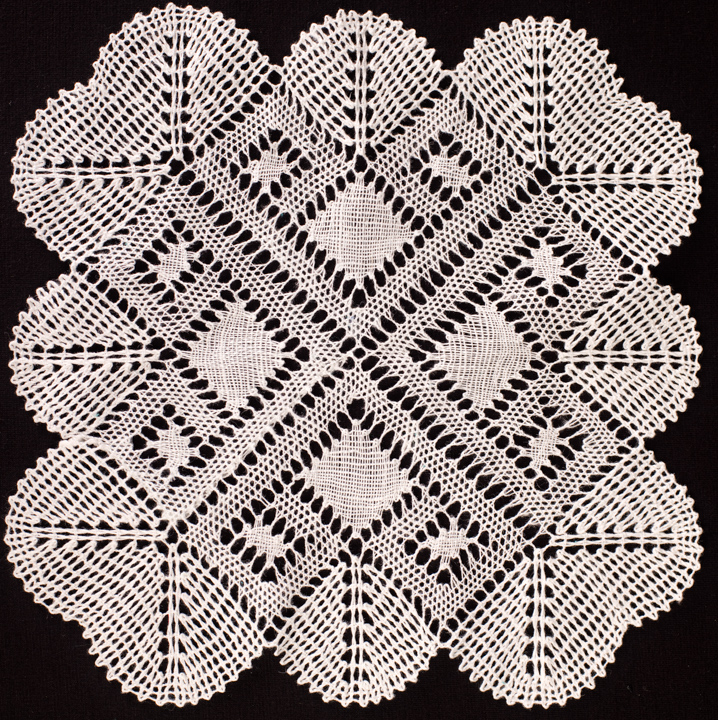 Sonia Domsch was born in the home that her great-grandmother built in Atwood, Kansas. She is a fourth-generation artist in the family tradition of bobbin lacemaking. Using fancy linen thread, she makes doilies and lace for use on tablecloths, bookmarks, clothing, handkerchiefs and pillow covers.

Domsch's great-grandmother, Mary Dostal, emigrated from Bohemia, now a part of the Czech Republic, in 1894, with her three children and her younger brother. After a brief time in Oklahoma, they settled near Atwood, in northwestern Kansas. The widow, whose name was changed to Beck in this country, had learned to make lace in her homeland, and the skill became a matter of survival in the family's new home. She and her daughter Anna Beck made lace, and her son Joseph sold what they produced in Atwood. Making an inch of handkerchief lace takes about an hour; Mrs. Beck sold hers for 25 cents per yard.

As a girl, Sonia watched by the hour as her great-aunt Anna made lace; the child was fascinated by the singing sound of the bobbins. Sonia began making lace when she was 4, working down one side of a simple pattern while her aunt did the harder part and patiently corrected her niece's mistakes. Absorbed in school and other activities, Sonia lost interest in making lace for several years. Then, in her early twenties, she regained interest in the art. She learned as much as possible from her great-aunt, who was then in her late 70s and hard-of-hearing. Domsch was unable to find other bobbin lace makers in Kansas. But an uncle, Dr. Ivan Birrer, found lace makers in Belgium whose technique was similar to what Sonia had learned, and he returned with samples of their work. In the late 1970s, Domsch visited Belgium to learn firsthand. In 1979, she discovered and joined the International Old Lacers Club. Through that organization, she found other bobbin lace makers in the United States with whom she has shared ideas and patterns.

Domsch's work reflects her early exposure to a great tradition. She makes many kinds of lace, some of her own design, but she still makes the original family pattern that began with her great-grandmother. Domsch inherited the now antique bobbins from her great-grandmother, but they are thin and fragile, and she brings them out only on special occasions. Her husband, Don, a woodworker, makes all his wife's bobbins as well as the pillow stands on which she creates the lace. On these stands, she places what she calls a "cookie pillow" made of upholstery foam and covered in burlap and velour. On the surface, the bobbins are used to twist and cross the thread to make the lace. "There are only three basic stitches," Domsch said. "You work with two pairs of bobbins at all times, and it's just like weaving."

Though she has worked full-time for an electric company, Domsch devotes as much time to teaching as to her own creative work. She never sells her work but often gives it away. She demonstrates whenever invited and has taken on several apprentices. She has taught her daughter, Judy Cochran, and her granddaughter Shayla showed an interest in learning the family tradition of bobbin lace making.