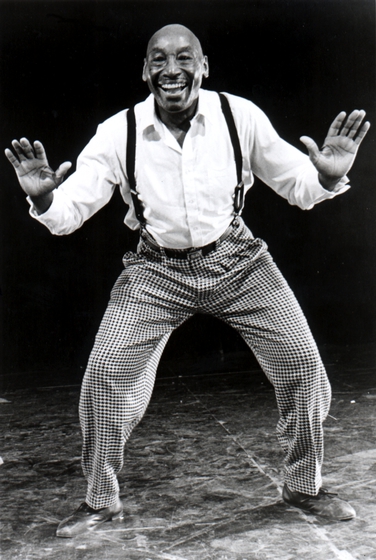 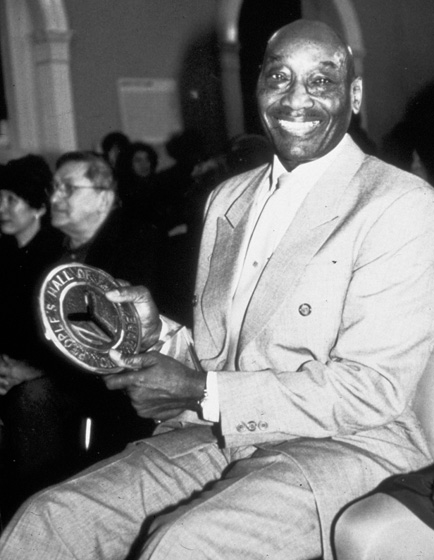 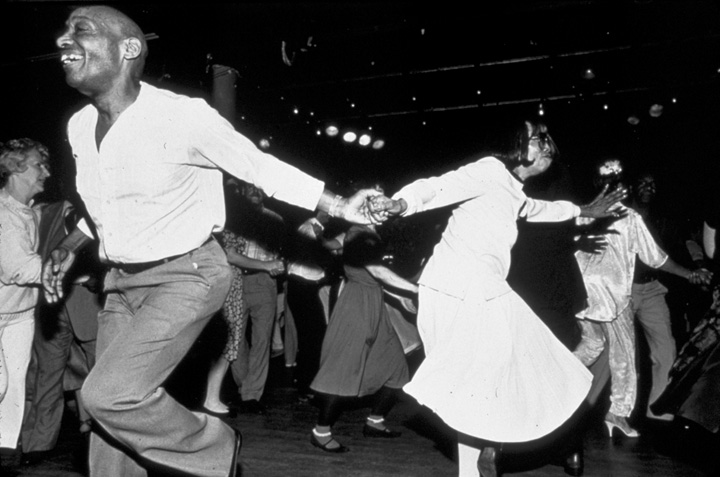 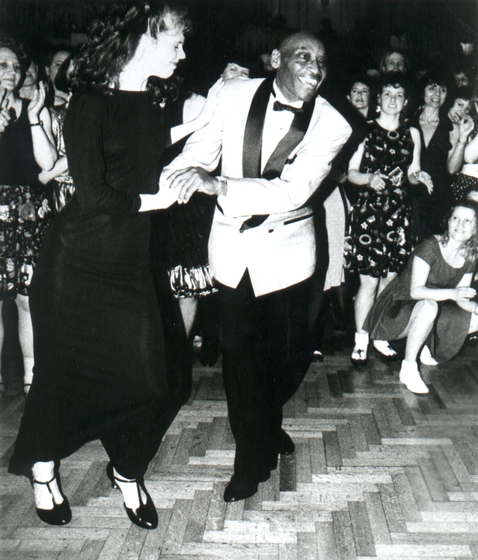 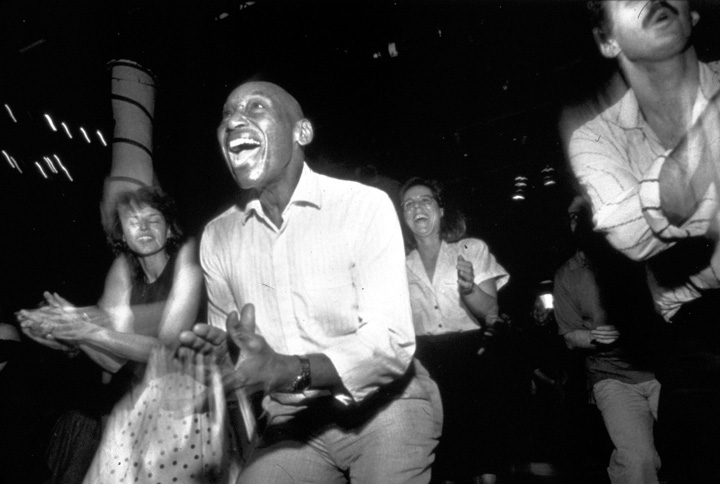 When Frankie Manning was 3, he moved with his family from Florida to Harlem in New York City, where he grew up with the social dances in vogue at the time. When he was about 14, he started skipping his Sunday afternoon church activities to go to dances for teenagers at the Alhambra Ballroom. There he learned the Lindy Hop, which emerged in Harlem around 1927 and was named for aviation hero Charles Lindbergh.

Of his early years as a dancer, Manning said, "When I was older, I started going to the Renaissance Ballroom. The Alhambra was like elementary school; the Renaissance was high school. And by the time you got to the Savoy [Ballroom], that was the big time, you was at college."

In its first years, the Lindy Hop was synonymous with "jitterbug" or "swing dance." But that was to change, thanks to Manning. In 1934, he was invited to join Whitey's Lindy Hoppers, formed by Savoy bouncer Herbert "Whitey" White. Manning soon became the group's choreographer and introduced synchronized ensemble dancing, characterized by a more horizontal dance posture, evoking a sense of wild abandon, and "freeze" steps, in which the dancers would stop suddenly. In a dance competition at the Savoy, he premiered one of his more flamboyant inventions — the "aerial" — in which he and his partner locked arms back to back and he catapulted her in a somersault over him, ending with the two standing face to face.

Manning's innovations catapulted Whitey's Lindy Hoppers to fame and professional careers. They appeared at the Alhambra Theater with the Cotton Club Revue. The group appeared with the leading swing bands of the time, including those of Count Basie, Louis Armstrong and Benny Goodman, and in dance scenes of movies such as Radio City Revels, Hellzapoppin' and the Marx Brothers' A Day at the Races. A Life magazine cover featured Manning and Ann Johnson doing the Congaroo, a combination of the conga and the Lindy Hop. During his long career Manning has also appeared with Bill "Bojangles" Robinson, Josephine Baker, Sarah Vaughn, Ella Fitzgerald, Tony Bennett, Sammy Davis, Jr., and many others.

Manning resumed his dance career after service in World War II, but as the swing vogue faded, he took a job with the post office, where he worked for the next thirty years. During that time he danced only socially. The swing dance revival of the mid-1980s led to his rediscovery. After that he performed and taught steadily, both in the United States and abroad. He consulted on and appeared in the film Malcolm X, directed by Spike Lee. He became the choreographer for the New York Swing Dance Society; choreographed shows in the United States, England and Sweden; was profiled on the television show 20/20; and won a Tony Award for his choreography of the Broadway show Black and Blue.

Frankie Manning talks about how he got started dancing, Washington, D.C., 2000, interview by Alan Govenar