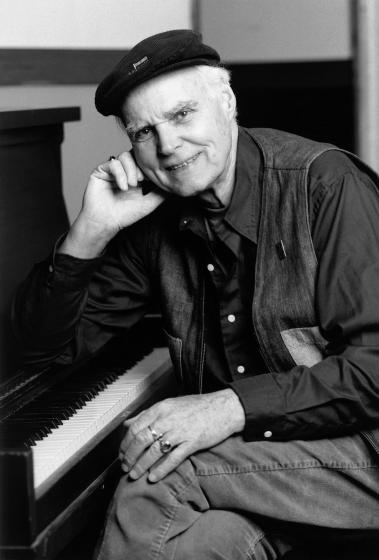 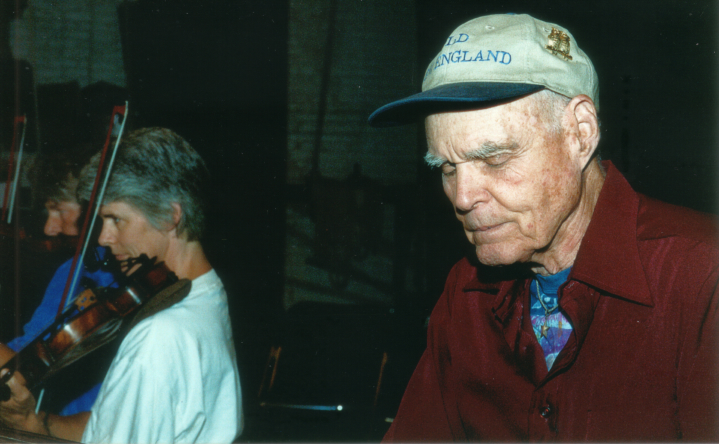 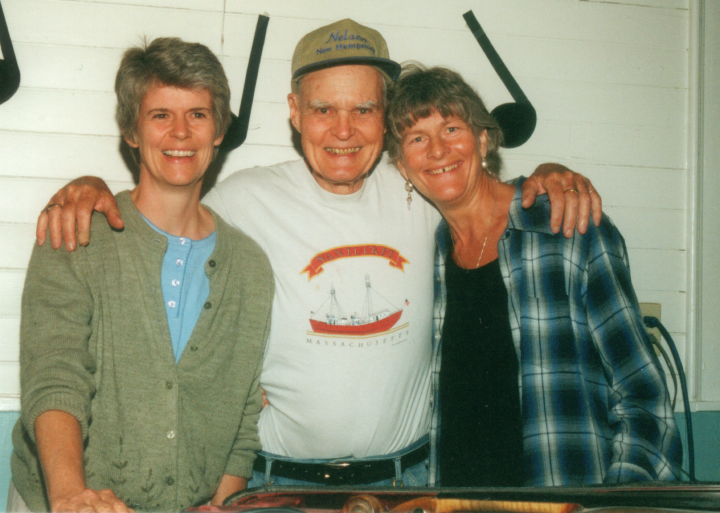 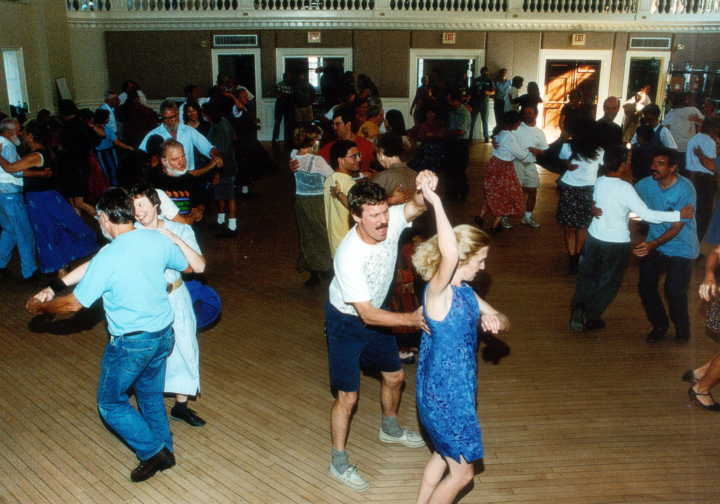 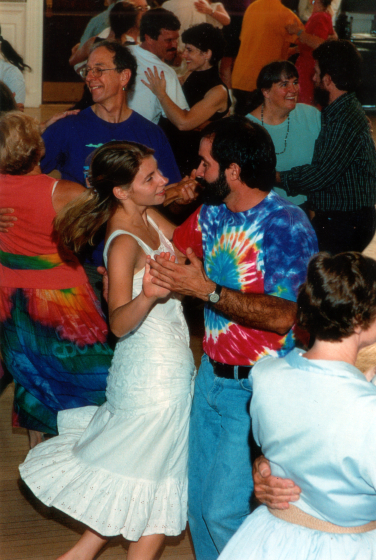 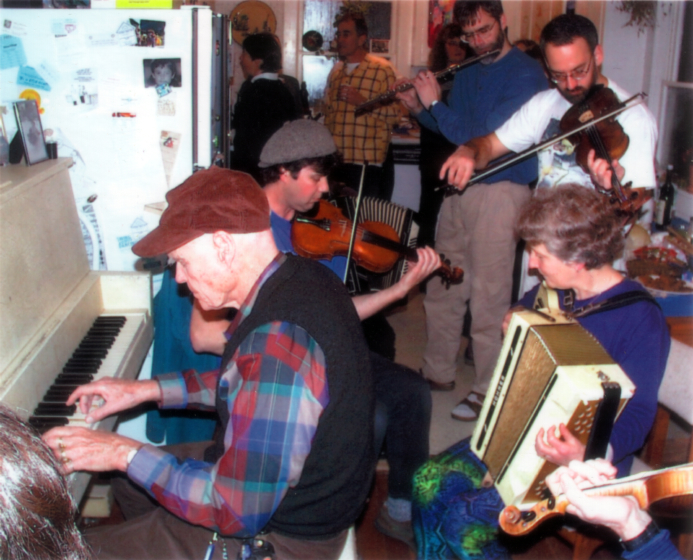 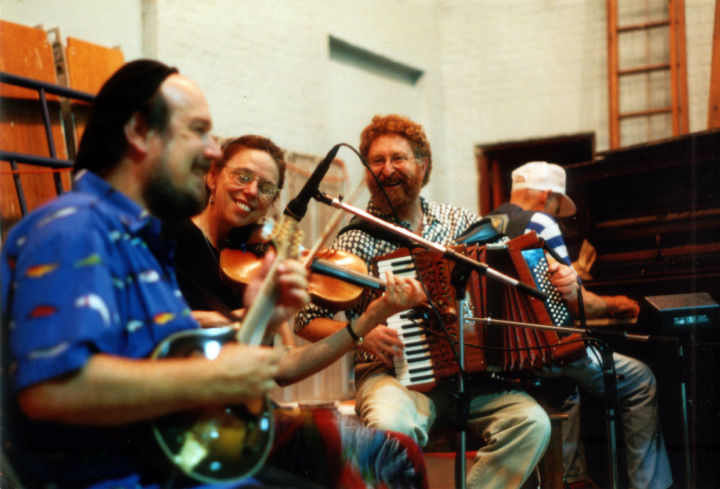 When Bob McQuillen was young, his family moved from the Boston area to southwestern New Hampshire, where he grew up. McQuillen worked in a tradition that’s hundreds of years old yet very much alive. His grandfather had played accordion, and his father was an excellent ragtime piano player who passed along his keen ear to his son. But McQuillen didn’t become involved in music until after he returned from World War II service in the Marines. In 1946, he went to a dance with friends and became interested in playing the accordion.

While teaching high school shop in Peterborough, New Hampshire, McQuillen began going to dances. In 1947, he sat in on accordion with a band led by Ralph Page. The popular contra dance caller was also a historian of the form, which is believed to have originated in England in the sixteenth century. Dancers progress up and down two parallel lines so that eventually each couple dances with every other couple in the hall. When contra dancing was transplanted to the New World, the English dancing master was replaced by the caller, who speaks or sings verses to guide the dancers in their movements.

McQuillen learned his piano style, which has been called “boom chucking,” from Page’s piano player, Johnny Trombly. “The left hand puts down a bass note or notes,” McQuillen told NEA interviewer Mary K. Lee, “then the right hand provides the chord accompaniment.” The term may have been derogatory at one time, but McQuillen embraces the style. “They’d say, ‘Well he’s nothing but a boom chucker,’" he said. “Well, I’m the most authentic boom chucker you can talk to. That’s what I do!”

In 1973, McQuillen wrote his first song, “Scotty O’Neil,” about a former student and family friend who had been killed in a motorcycle accident. “The gang that I was playing music with at the time, the Canterbury Country Dance Orchestra, had a date down in Massachusetts to make a recording,” he told Lee. “There was going to be a dozen or more musicians down there to make this recording. I took the tune down and said, ‘Hey, would you guys play this?’ And they did. And lo and behold, they liked the tune.”

After that relatively late start, McQuillen more than made up for lost time, ultimately writing more than 1,500 songs. Some, such as “Dancing Bear,” have become contra dance standards. McQuillen published several books of his tunes.

McQuillen continued playing with Page until the bandleader died in the mid-1980s. After retiring from his teaching job, McQuillen remained active as a performer and was gratified by the spread of contra dancing’s popularity to all parts of the country. He considered himself a dance musician and preferred playing in that setting. “ For concerts, you’ve got to be too fussy,” he told Lee. “You can’t make a mistake at a concert because people are sitting there and really listening to you. But at a dance, everybody’s out on the floor dancing, and they’re not apt to notice if you make a wrong chord or hit the wrong note — they’re concentrating on the dancing.”

McQuillen is the subject of a documentary film, Paid to Eat Ice Cream: Bob McQuillen and New England Contra Dancing. The title came from one of McQuillen’s favorite descriptions of his art. “When I’m flying on piano, it’s no work,” he likes to say. “It’s like I’m being paid to eat ice cream.”

Bob McQuillen answers the question 'Can you tell me some of the names of the dances?' Arlington, Virginia, 2002, interview by Alan Govenar

Bob McQuillen answers the question 'Could you talk about what it was like when you were born and where you grew up?' Arlington, Virginia, 2002, interview by Alan Govenar

Bob McQuillen answers the question 'Is there any particular performance that stands out to you?' Arlington, Virginia, 2002, interview by Alan Govenar

Bob McQuillen answers the question 'How would you describe your piano style?' Arlington, Virginia, 2002, interview by Alan Govenar