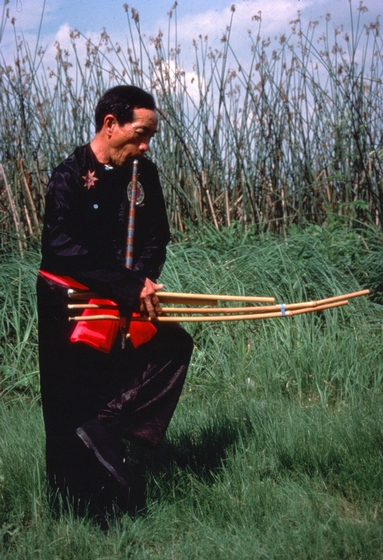 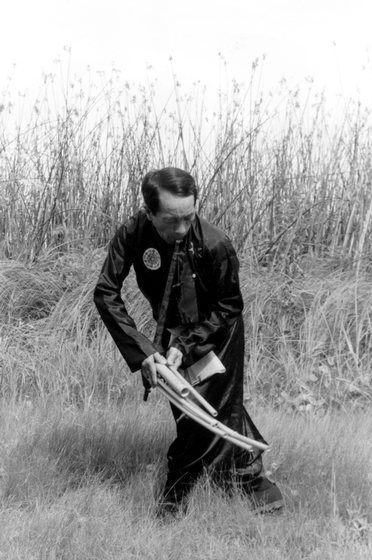 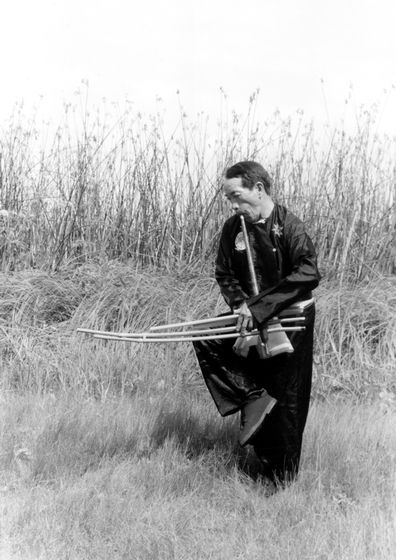 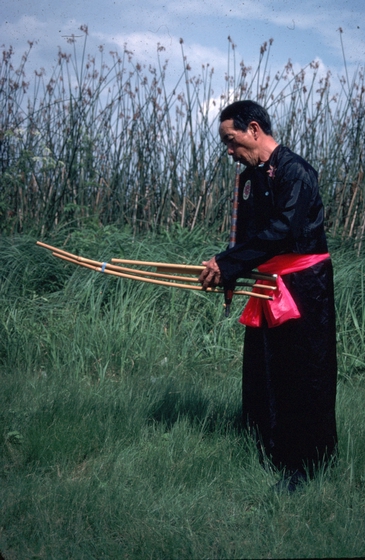 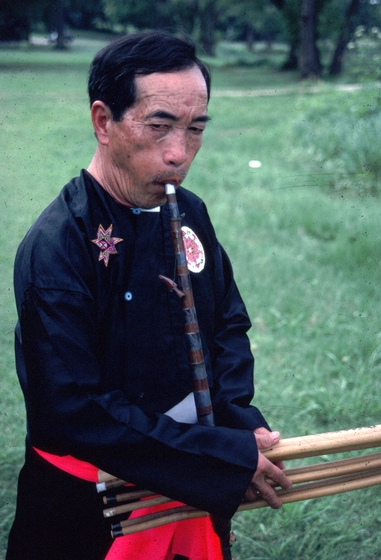 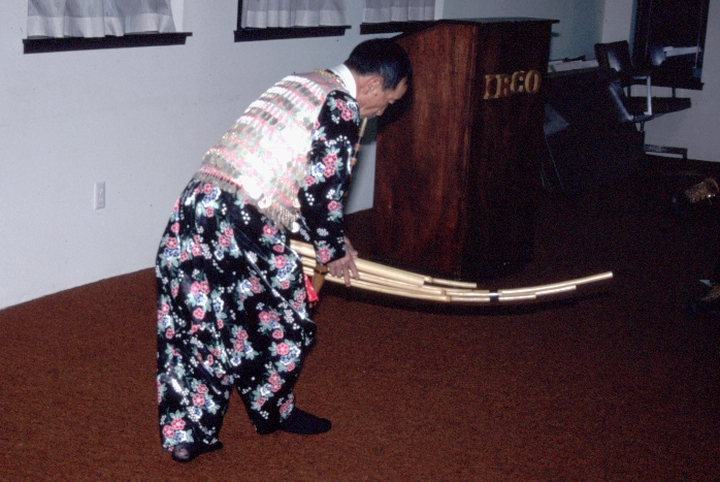 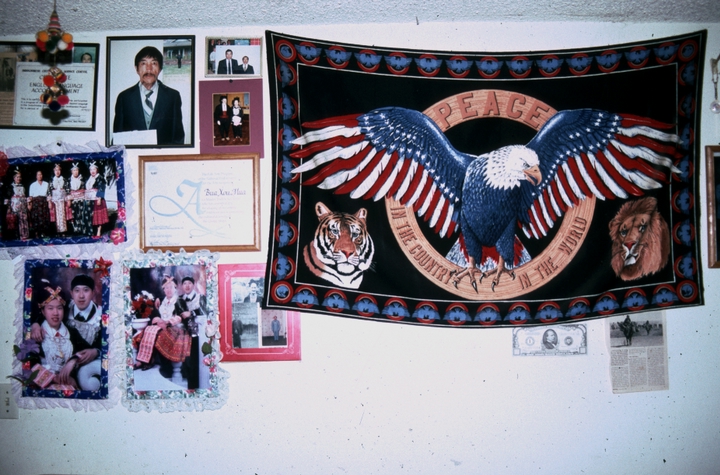 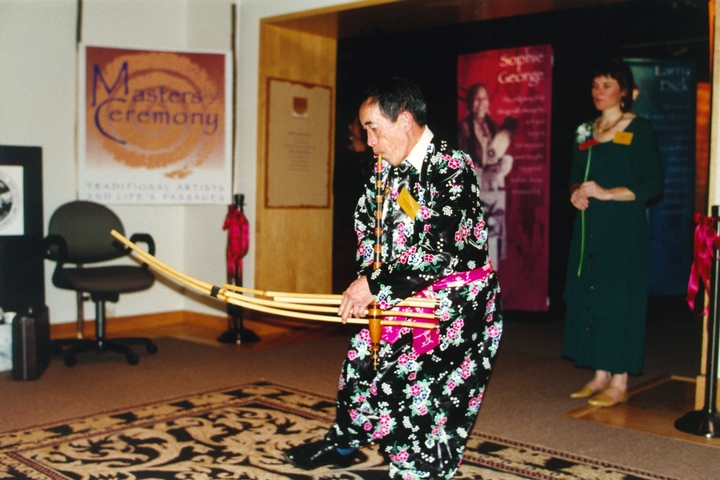 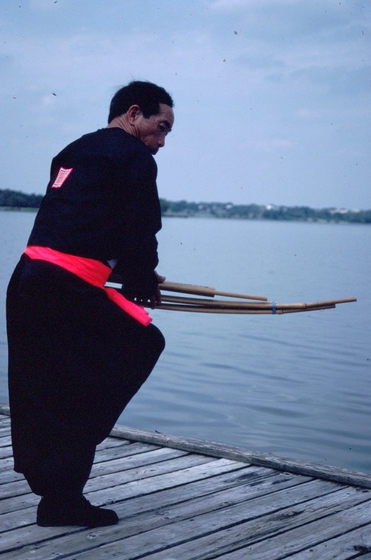 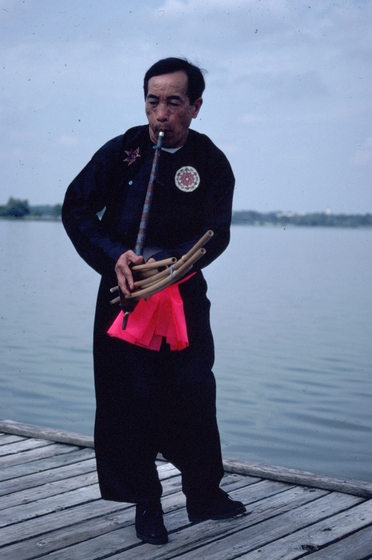 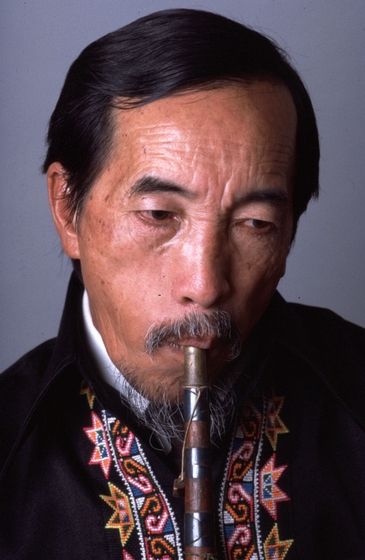 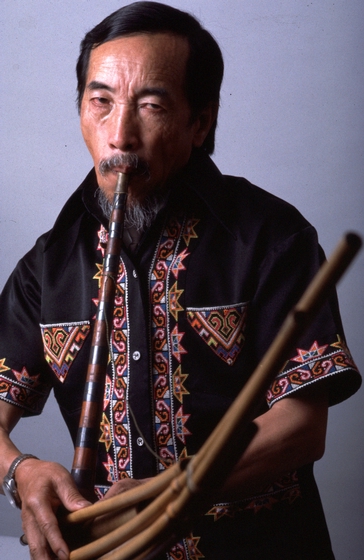 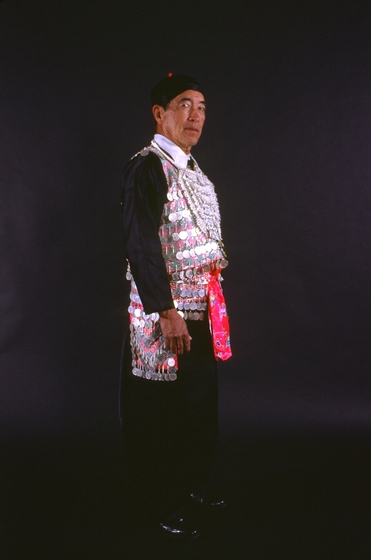 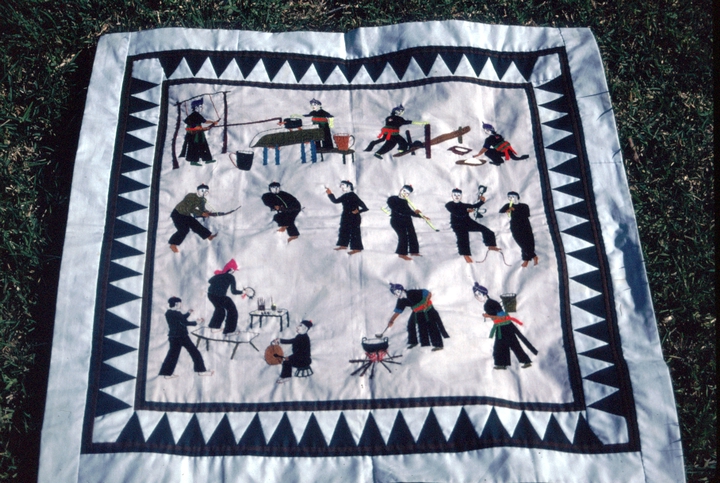 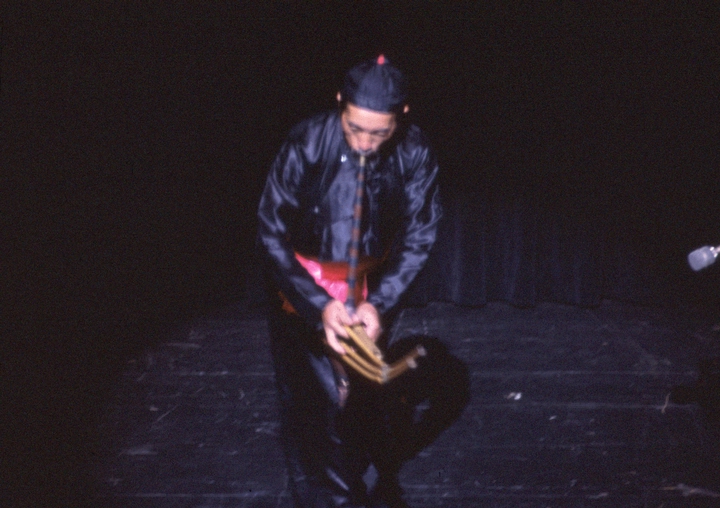 Bua Xou Mua was born in Ban Whoi Na, a village in northeastern Laos where his family had lived for generations. When he was 15, he began studying the oral texts of his people, the Hmong, with an uncle. The uncle also taught him to play the gaeng bamboo mouth organ, which is unique to Hmong culture. It consists of six curved bamboo pipes inserted into a wooden wind chest. The instrument is used to accompany both funeral texts and New Year's song and dance. Bua also learned the traditional courtship and wedding songs and shamanistic healing rituals.

He learned to recite from memory the story of his people's migration from China to Vietnam and Laos and their resistance to Chinese oppression. This included the tale of his own extended family, which numbers 150 families and has been traced to a common ancestor who came to Laos in 1800 after a Hmong uprising in Yunnan. The Hmong had no written language until the 1950s. Some of their history was recorded in Chinese characters, but history was transmitted primarily in an oral tradition by highly respected figures such as Bua. He raised a large family and became known throughout the area as a legal and religious practitioner. In 1960, he became chief of his clan of about 400 people.

In the 1960s, Bua and two of his sons were recruited into the U.S. Central Intelligence Agency's secret war against the Communist Pathet Lao. Casualties were heavy among Hmong soldiers, and Bua was wounded twice. After the United States pulled out in 1973, Bua, his wife and two of their children began attempting to flee their homeland to avoid Communist reprisals. Bua feared for his life. In 1976, they walked across the mountains. During the ten-day journey they ran out of rice and were robbed of money and jewelry before reaching the Thai border. They spent two years in a refugee camp with other Hmong people.

In 1978, the family immigrated to the United States and settled in Portland, Oregon. They faced hardship and discrimination in their new home. Bua's daughter was assaulted, and he got into a fight with a neighbor. But Bua worked hard to maintain his cultural traditions. In 1980, he sang and danced in a public concert involving Asian refugees in the Portland area. He received an enthusiastic response. Later, he participated in an apprenticeship program.

In addition to working with young Hmong, Bua assumed the responsibility of explaining the unfamiliar ways of Southeast Asia to the schoolchildren of Portland. He stepped forward to present Hmong music and dance in neighborhoods where otherwise the arts of his people would never have been known. Though he entered the classroom saying, "I shy. I shy. Pronunciation no good," children responded to the depth and passion of Hmong poetry: