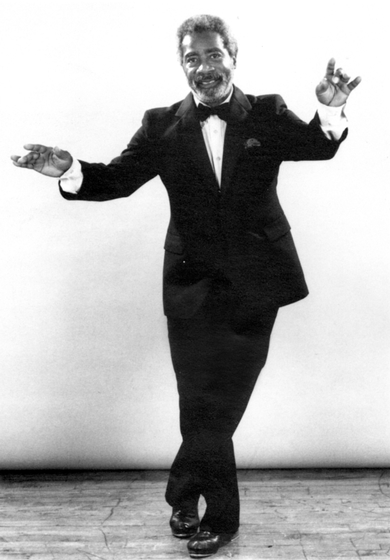 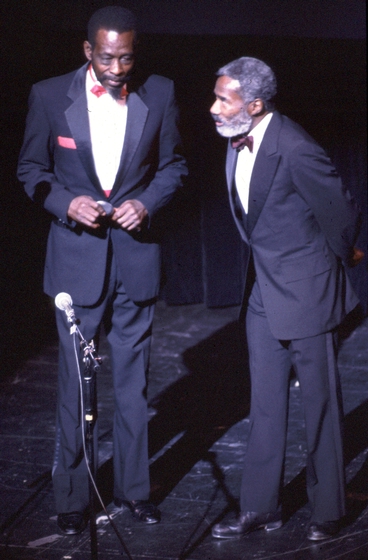 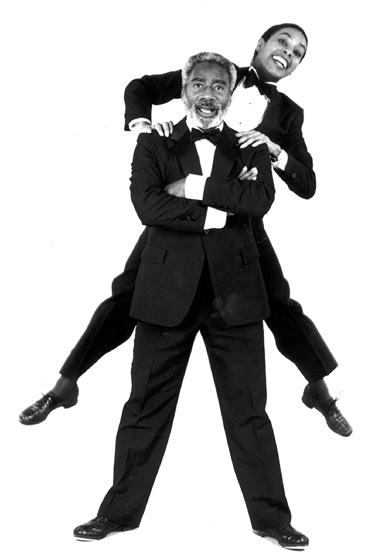 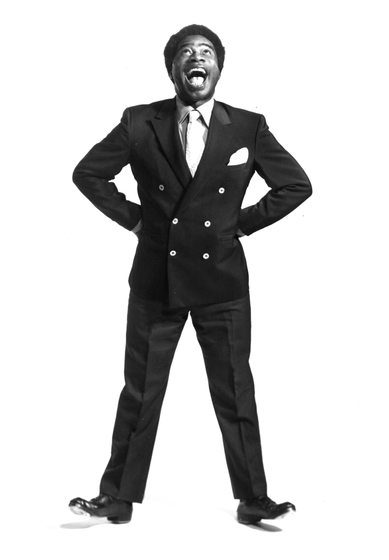 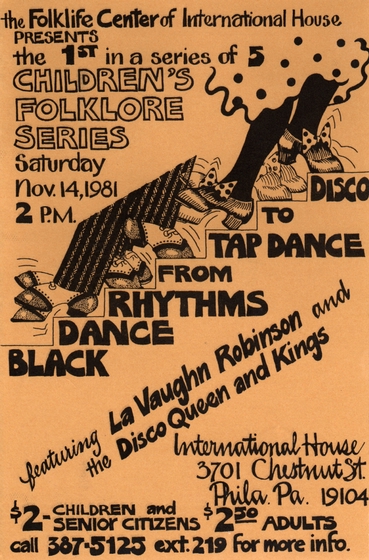 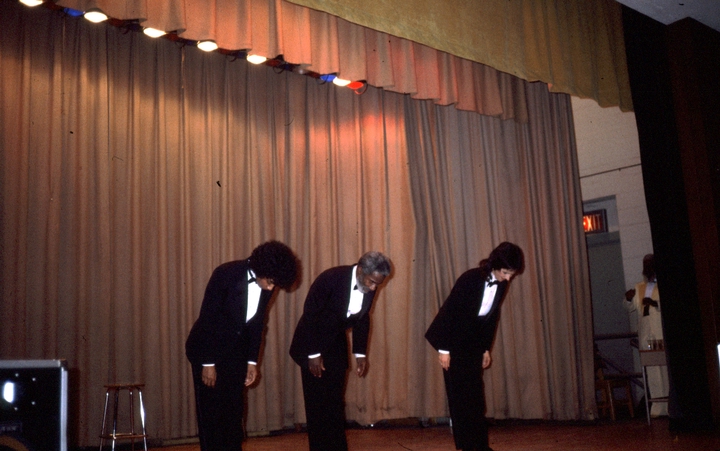 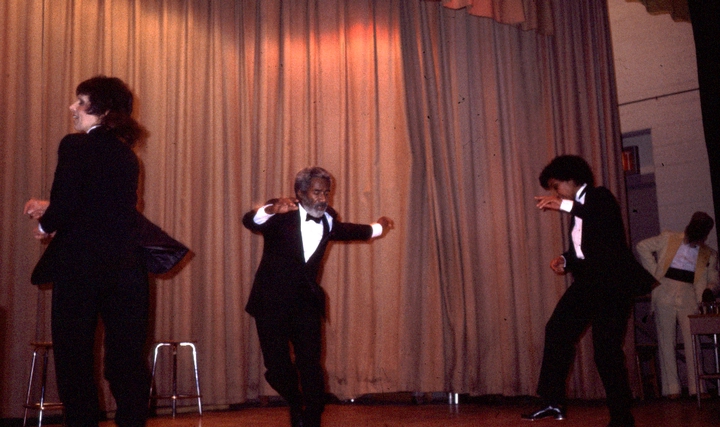 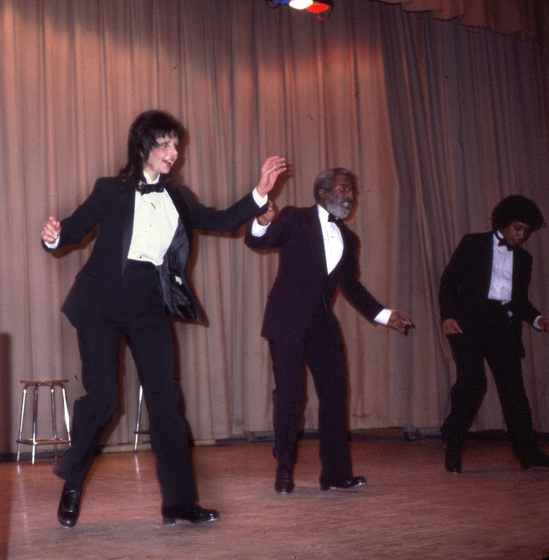 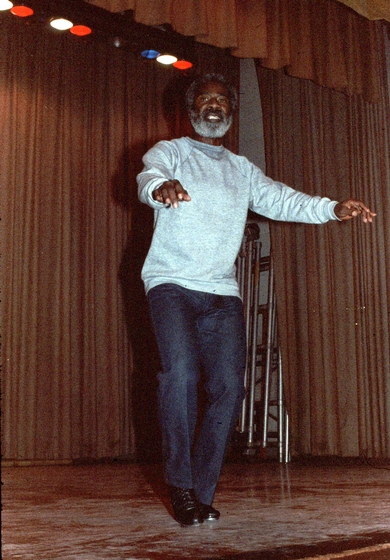 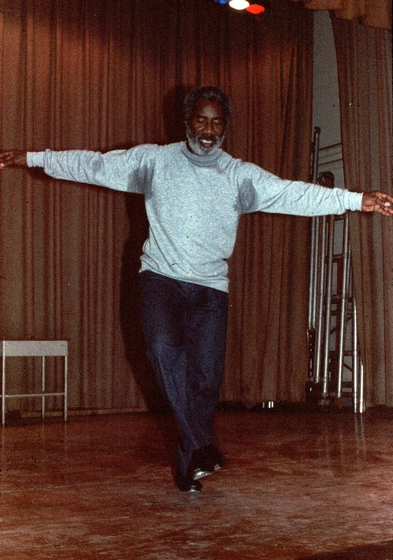 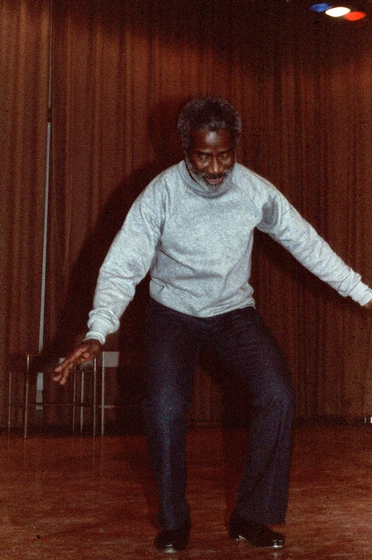 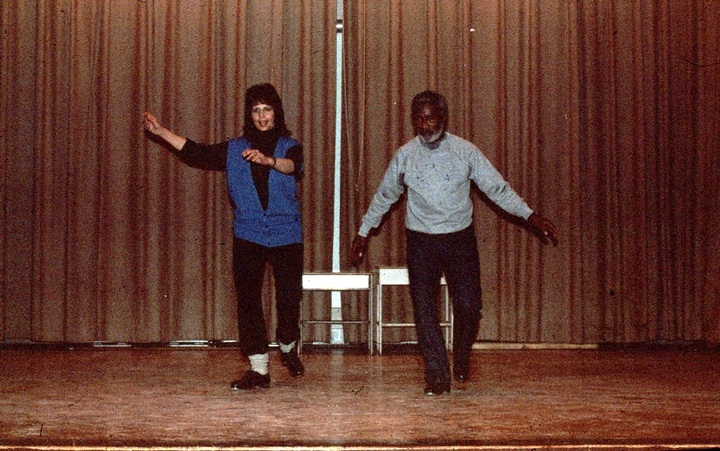 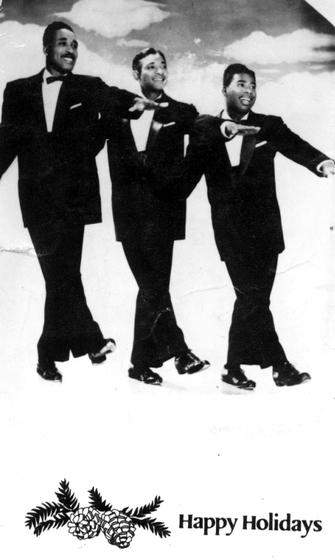 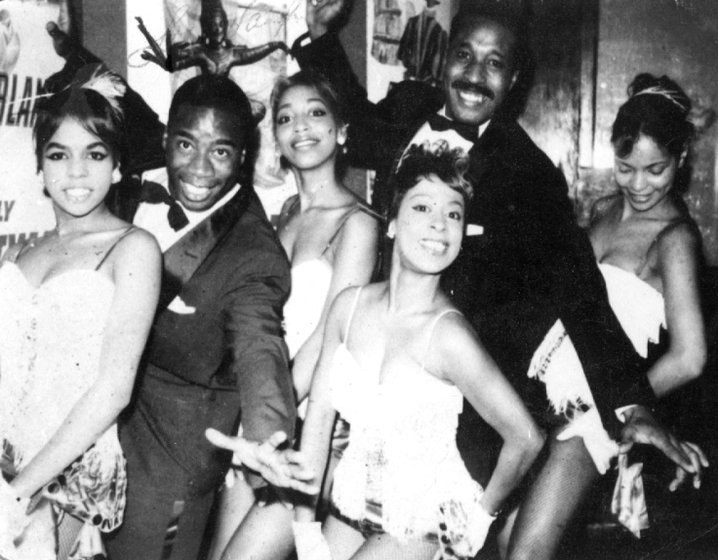 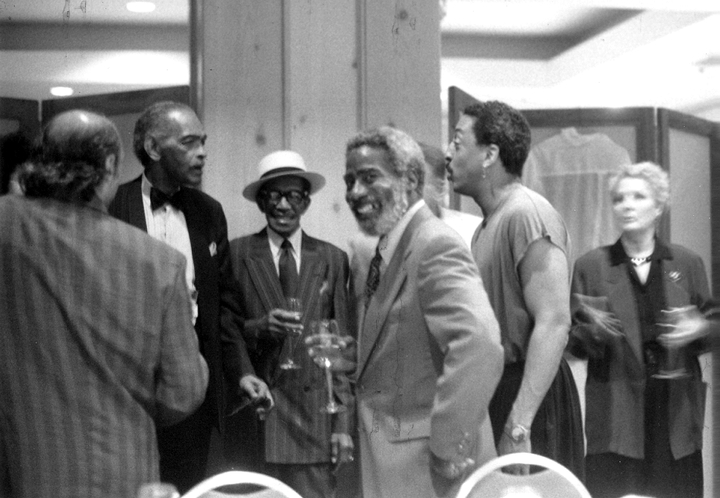 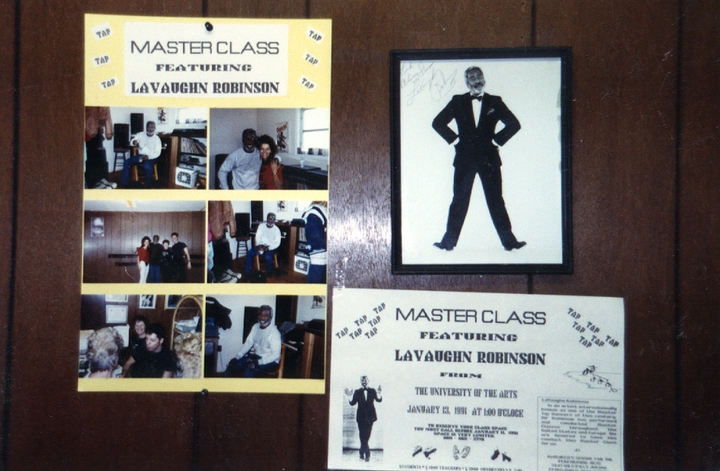 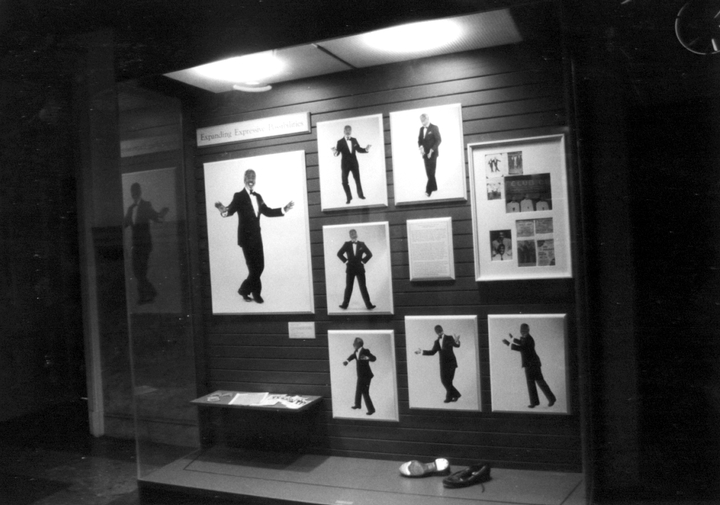 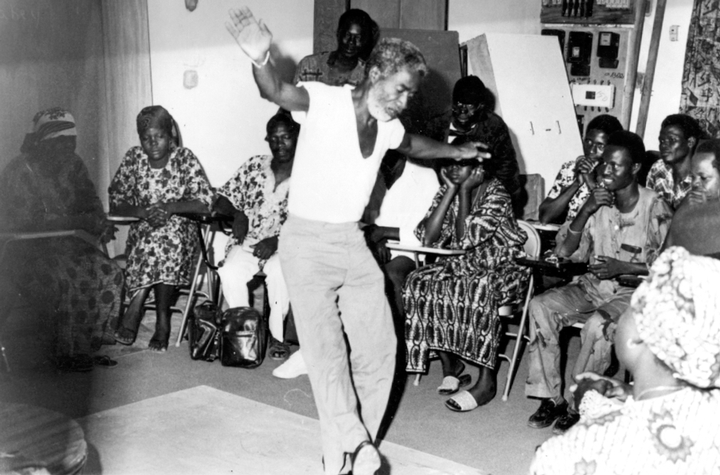 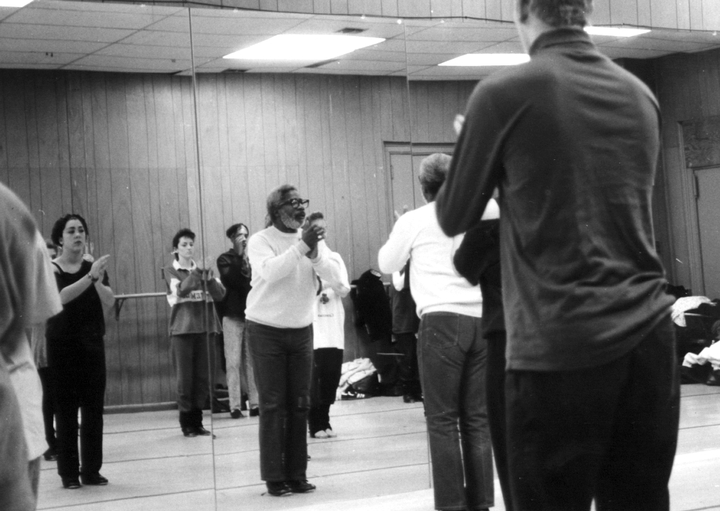 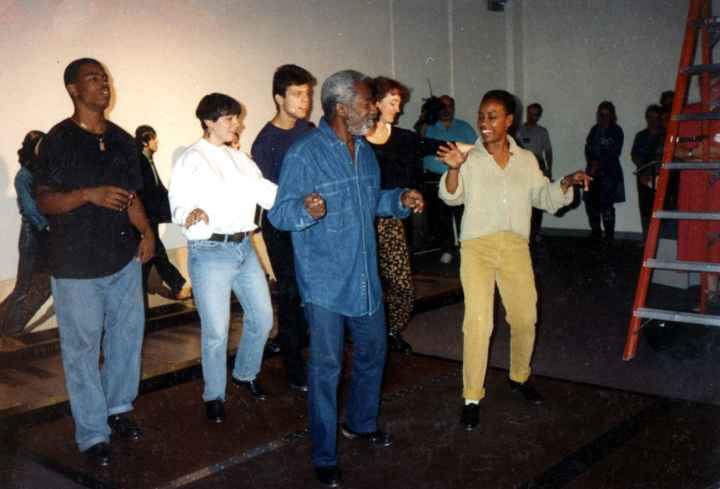 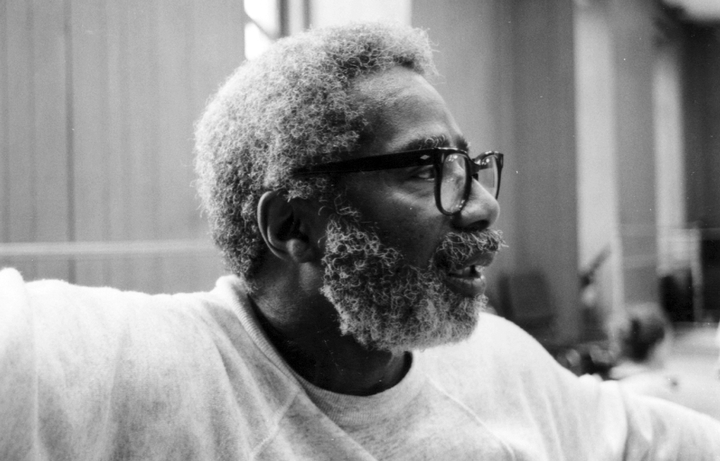 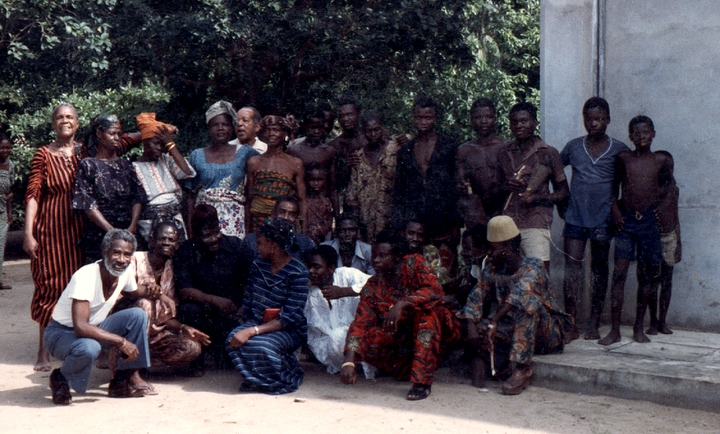 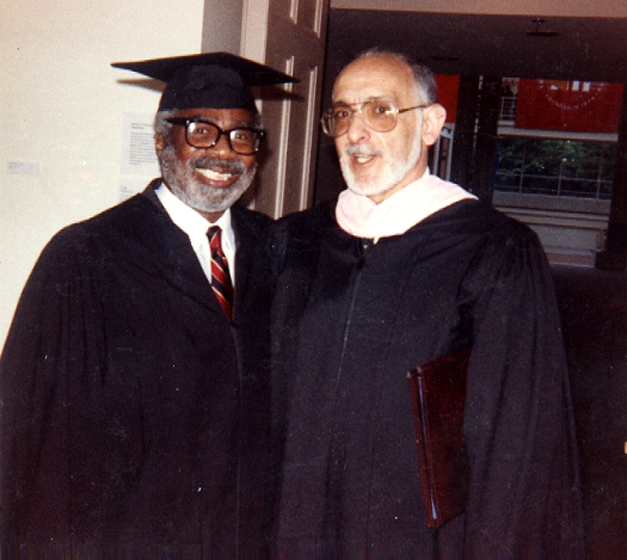 LaVaughn Robinson learned to dance from his mother at the age of 7. "My mother taught me my first time," he said. "She taught me in the kitchen of our house at the time, because it had hardwood floors." Soon he was dancing for tips on downtown and South Philadelphia, Pennsylvania, street corners.

"Then I learned by being on the street with other dancers. We all came up on the streets of Philadelphia and had a tramp band where we played homemade instruments — a washboard that we played with our fingers, cymbals on our fingers, a big wash tub with catgut string ... similar to a bass ... and we always had a bazooka [a toy instrument] with us. And danced on the street and passed the hat. We call that busking [performing outdoors or on a subway for tips]. But to us it was going to work."

Robinson enlisted in the Army in 1945, and during his years of service he performed from time to time in military facilities around the country, honing his dance skills and picking up experience. After his discharge in 1947, he embarked on his professional career, and over the years he appeared with Cab Calloway, Tommy Dorsey, Maynard Ferguson and Ella Fitzgerald. "Everything we did [with tap] at that time was with music.... I've had several dancing partners — Howard Blow, Henry Meadows, Eddie Sledge — and I've been with big bands ... Ray Anthony's band, Louis Kramer's big band."

By 1972, Robinson was forced into temporary retirement, like many of his contemporaries, because the stage and nightclub life that had supported him had declined, as discotheques became increasingly more popular and electronic instruments drowned out the sounds of the tap dancer. Throughout his career, Robinson had maintained his base in the city of Philadelphia, where he kept strong ties with his family and community. In 1980, he entered upon what was to become almost a second career: He was invited by Philadelphia's College of the Performing Arts to help build its tap dance program. He also taught tap in Washington, D.C., Boston, and Portland, Maine. "I feel good about it [teaching] because I see a lot of the students," he said. "I get calls every now and then from a company that wants me to teach a piece of material.... Special material that I teach. Everybody teaches their own material and everybody teaches different. No two hoofers [tap dancers] are alike."

Unlike many of his peers, Robinson retained a solid appreciation of the street sounds from which tap emerged. He helped in the "discovery" of street poet and rhythmic artist Horace "Spoons" Williams and brought him to the attention of the International House of Philadelphia and the Philadelphia Folk Festival.

In performance, Robinson stressed the vernacular origins of tap, an art form grounded in community tradition and honed by generations of tap masters, many of whom, such as Honi Coles and the Nicholas Brothers, grew up in Philadelphia. Robinson worked as a teacher and advocate for public understanding and appreciation of the tap dance tradition.