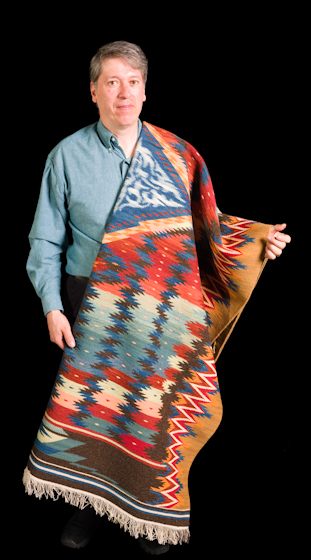 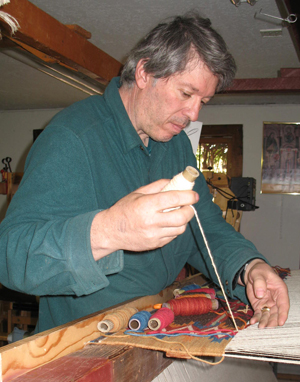 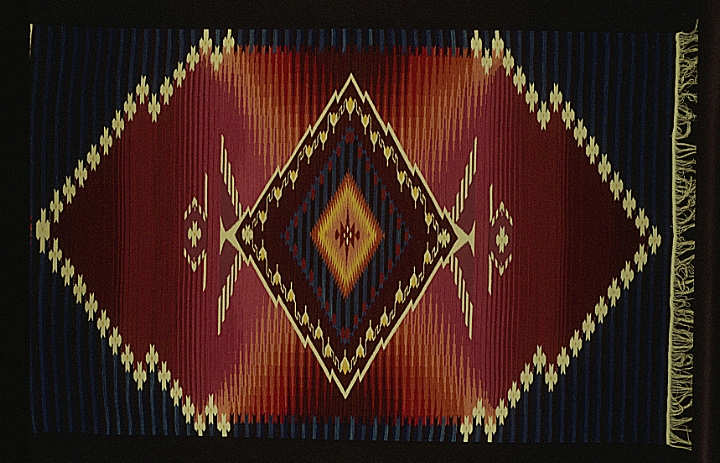 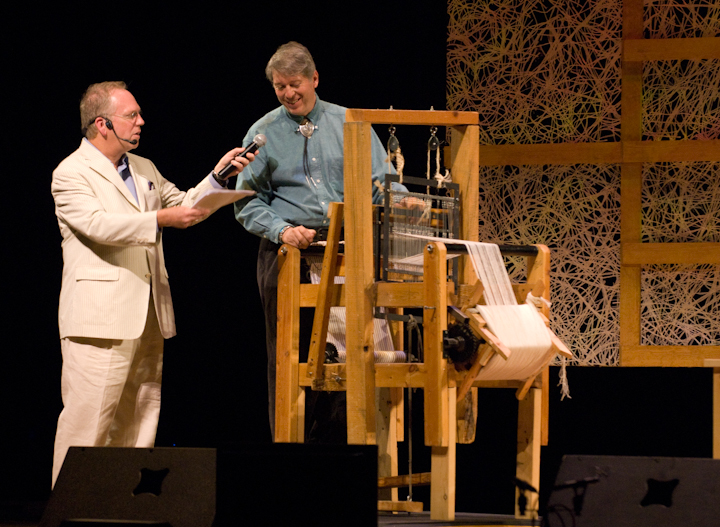 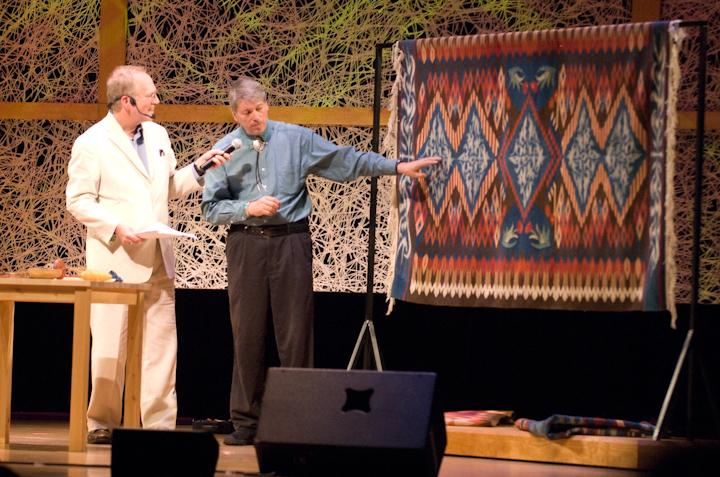 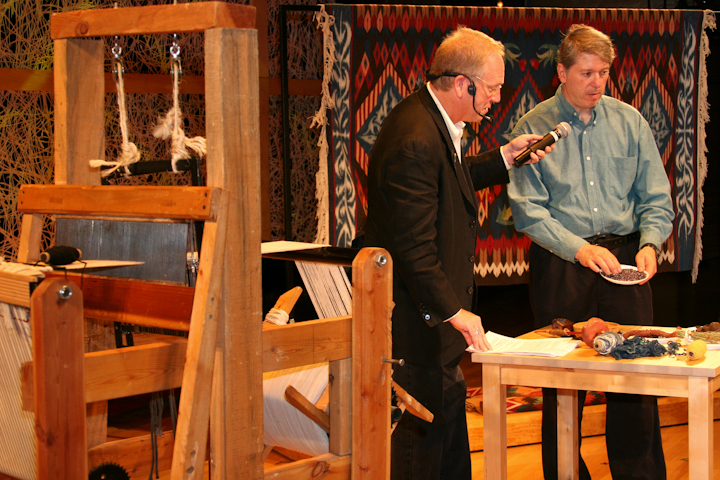 Irvin L. Trujillo represents the seventh generation of weavers in the Trujillo and Ortega families of Chimayo, in the northern part of New Mexico. When he was 10, he began learning from his father, the renowned weaver Jacobo Ortega Trujillo. Within a couple of days, the child was weaving on his own, using a small loom his dad had set up for him. Soon he was taking commissions from friends for pieces that incorporated their names.

Trujillo studied civil engineering in college and took a job in that field but found it too confining. “I like the freedom Chimayo offers,” he told NEA interviewer Mary Eckstein.

In 1980, Trujillo and his wife, Lisa, founded the Centinela Traditional Arts studio in Chimayo, making it possible for them to weave alongside his father and to teach others in the community. He studied privately with Jean Pierre LaResert, a French weaver living in Berkeley, Calif., and took a workshop from Archie Brennon, a world-renowned weaver from England. “From him I learned how to make the alphabet on five threads, as opposed to on a twenty-inch piece. He really taught me to look at the detail of the relationship of each thread to the next,” Trujillo told Eckstein.

Trujillo combines ancient and modern weaving techniques and takes inspiration from a variety of sources. “I have tried to have my work reflect the times in which I live,” he said. “What I wanted to do was put themes that were important to my life. As an engineer, for example, when the first space shuttle crashed, it was very humbling at a technical level that it failed, so I did a piece reflecting that. And after my mother and father died, I wove a depression piece for a whole year. I wove a piece that documented the robbery of Chimayo’s only bank.”

He also incorporates Ikat, an Indonesia technique similar to tie-dying, and uses it in combination with tapestry technique in the same piece. “I’ve asked a lot of dealers — there aren’t that many pieces in the world that have that combination. It’s just a different way in combining an old technique with the technique that I knew,” he said. “I’ve studied everything from Japanese anime to Walt Disney movies. Ideas just can come from anywhere.”

Passing along his knowledge is important to Trujillo, who has apprentices in addition to those he teaches in his studio. “Learn from each piece,” he tells them. “Try something different in each piece. Research other traditions and try to incorporate them. … Weaving is a wonderful art. I consider it an art form, which it may not be considered in art schools. I think it’s a means of expressing ideas in the same a way that painting, sculpture or photography can. It’s important for me to keep learning and expressing what I’ve learned.”

Irvin L. Trujillo answers the question 'How did you get started weaving?' Interview by Alan Govenar, Bethesda, Maryland, September 19, 2007

Irvin L. Trujillo answers the questions 'What is the way in which you work? What is a typical day for you?' Interview by Alan Govenar, Bethesda, Maryland, September 19, 2007

Irvin L. Trujillo answers the question 'What are the traditional patterns in design?' Interview by Alan Govenar, Bethesda, Maryland, September 19, 2007

Irvin L. Trujillo answers the questions 'What is the process of creating for you? What's going through your mind when you're weaving?' Interview by Alan Govenar, Bethesda, Maryland, September 19, 2007

Irvin L. Trujillo answers the question 'How has the use of blankets changed over the years?' Interview by Alan Govenar, Bethesda, Maryland, September 19, 2007