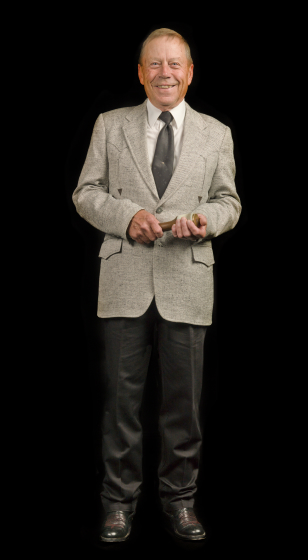 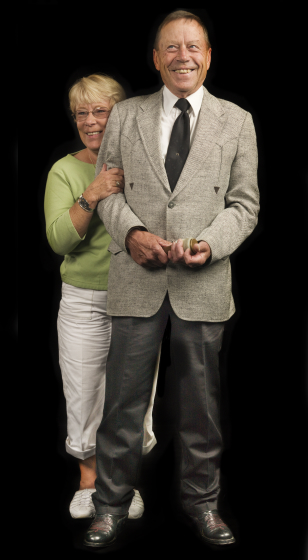 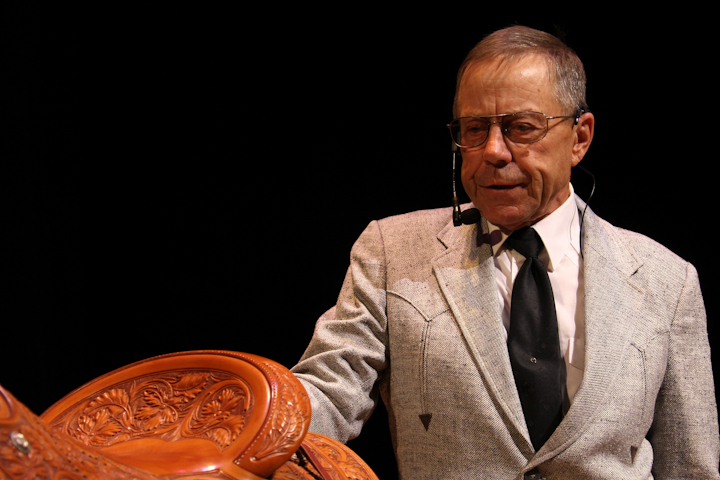 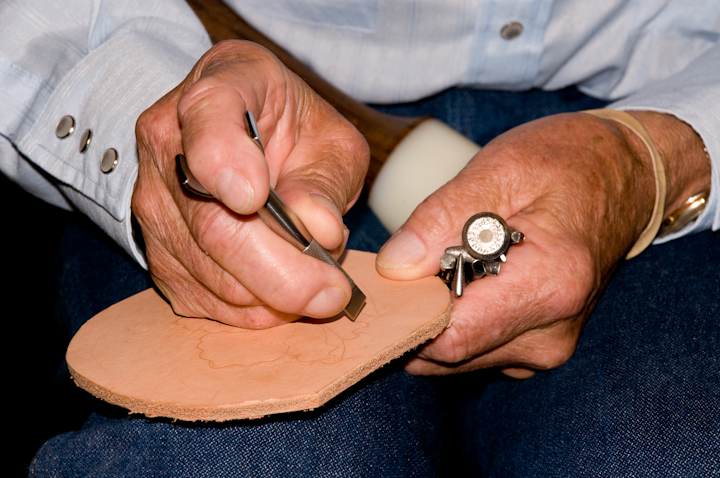 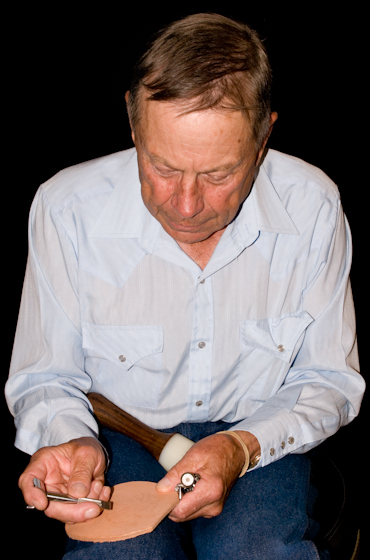 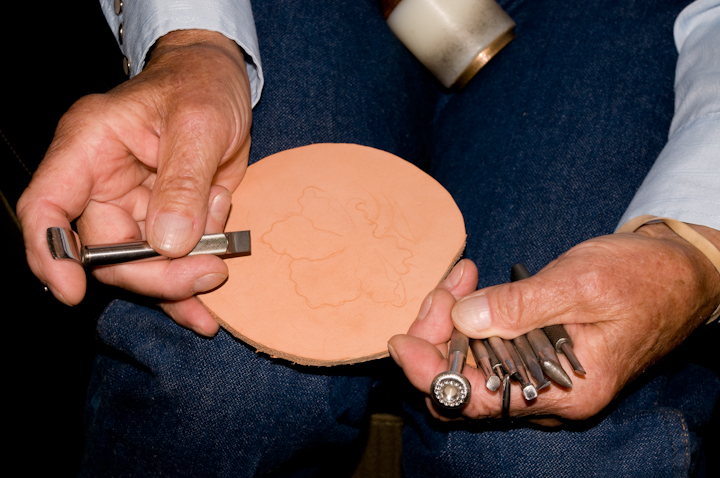 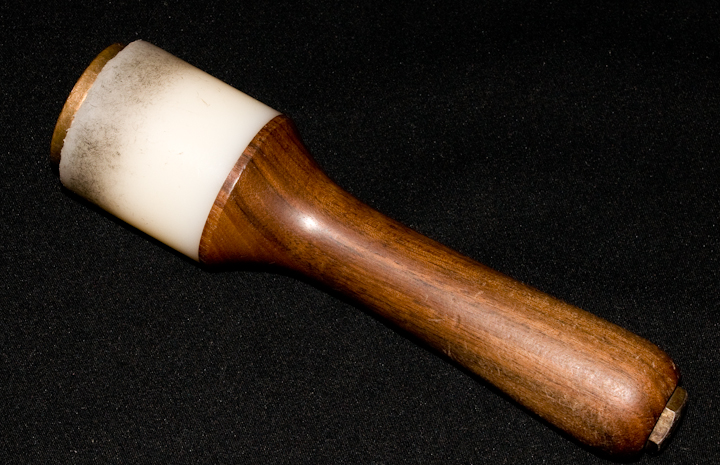 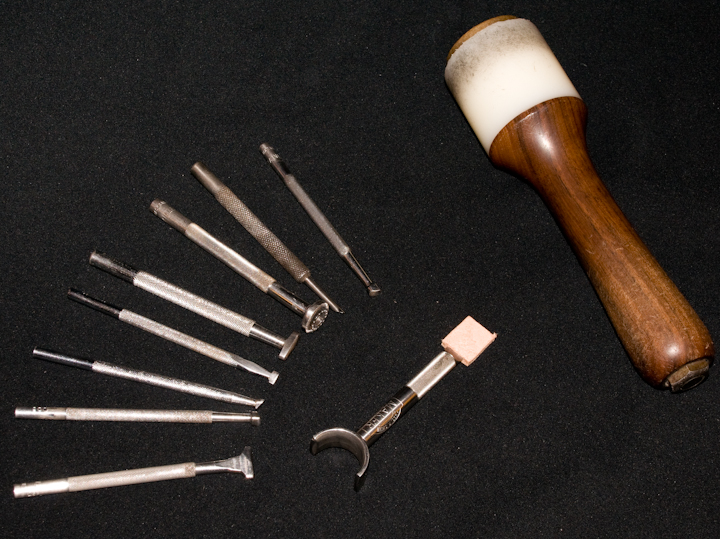 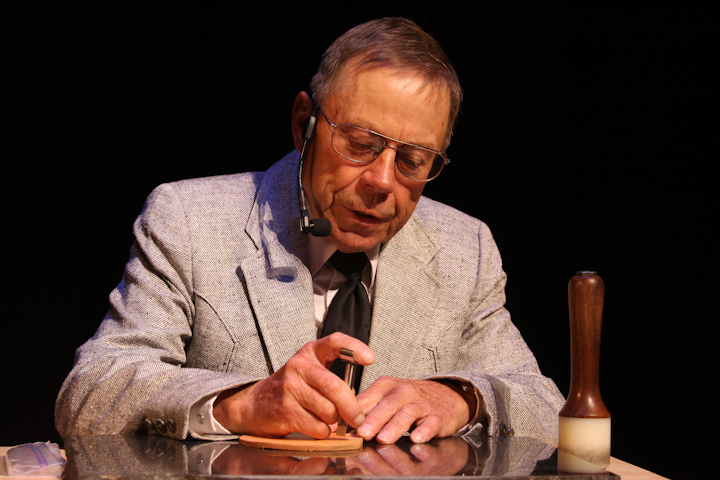 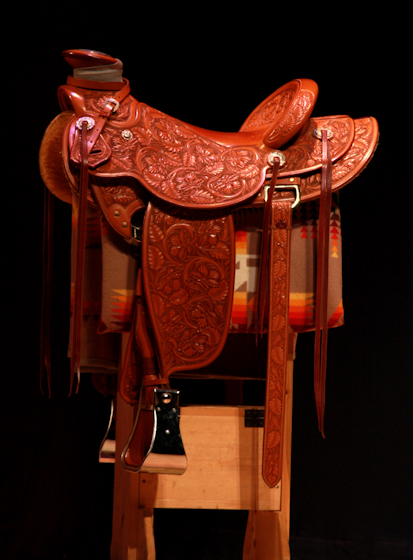 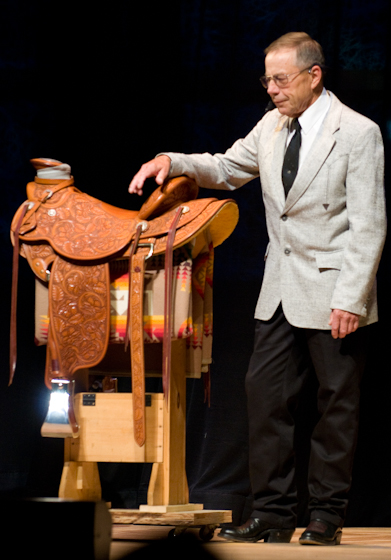 Dale Harwood's love affair with the saddle began while he was growing up on a ranch in southeastern Idaho. When he was 12, he was bedridden for six months with rheumatic fever. To keep him occupied, Harwood’s father bought him stamp tools and leather and made a bench that allowed the boy to work in bed. “I made everything I could for everybody I could, and that’s where I got started,” he told an interviewer. In the summer after he graduated from eighth grade, Harwood worked in a harness shop, repairing older saddles.

While working as a cowboy and competing in rodeos for ten years, Harwood said, he learned a great deal from the older, more experienced men with whom he worked. Though he received no formal training, Harwood became “the saddlemaker’s saddlemaker,” in the words of Casey Beard, who included a portrait of Harwood in his book Tools of the Cowboy Trade. In 1961, Harwood opened a saddle shop and retail business in Idaho Falls. In 1982, he closed the business and moved his shop to his rural home.

Harwood works as long as 350 hours on each saddle and is involved in every step of its creation, making the wooden saddle tree, processing his own rawhide, cutting and stamping the leather and applying it to the tree. He designs and engraves the gold and silver finishes that add to the beauty of the finished product, with its exquisite leather work. He often includes flower designs, which he tries to keep as close to nature as possible.

Asked what made a really good saddle, Harwood said, “Number one in the visual aspect is the workmanship. And it has to fit a horse and with a rider, be comfortable for both.” Cowboy artist Joe Beeler has said that Harwood constructs a saddle and then “gives it life.”

“I’m still changing,” Harwood has said. “As for visual expression – I’m always striving to make things more lifelike and the lines to flow. I work really hard at that, trying to make my designs more interesting visually. I think in most cases, people in my position tend to reach a point where they’re pretty much satisfied with what they’re doing and then don’t seem to progress much from that point on. I’ve never been satisfied with what I was doing. I continue to try to improve on it.”

Harwood has always been willing to share his craft with those who want to learn, and he reaches a wider audience with a DVD course, The Art of Saddle Making, which can be obtained through his Web site,

Dale Harwood answers the question 'How did you get started making saddles?' Interview by Alan Govenar, Bethesda, Maryland, September 18, 2008

Dale Harwood talks about the leather tooling that he does on his saddles, interview by Alan Govenar, Bethesda, Maryland, September 18, 2008

Dale Harwood answers the question 'How have your saddle designs changed over the years?' Interview by Alan Govenar, Bethesda, Maryland, September 18, 2008

Dale Harwood talks about the ornamentation on his saddles, interview by Alan Govenar, Bethesda, Maryland, September 18, 2008

Dale Harwood answers the question 'How do you create the designs for your saddles?' Interview by Alan Govenar, Bethesda, Maryland, September 18, 2008