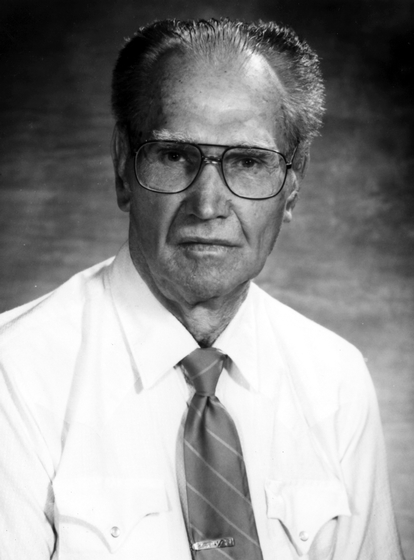 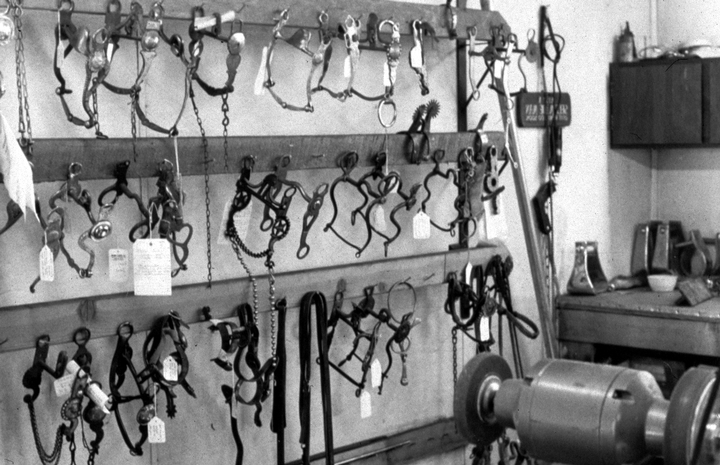 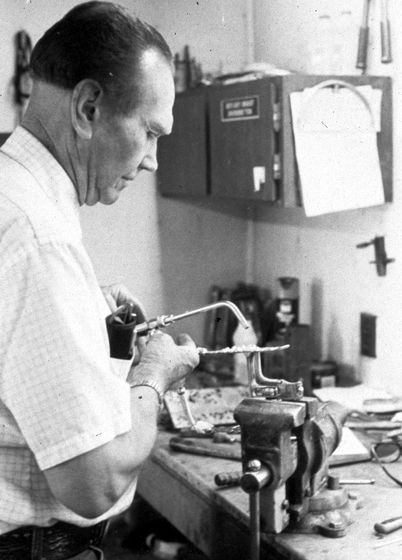 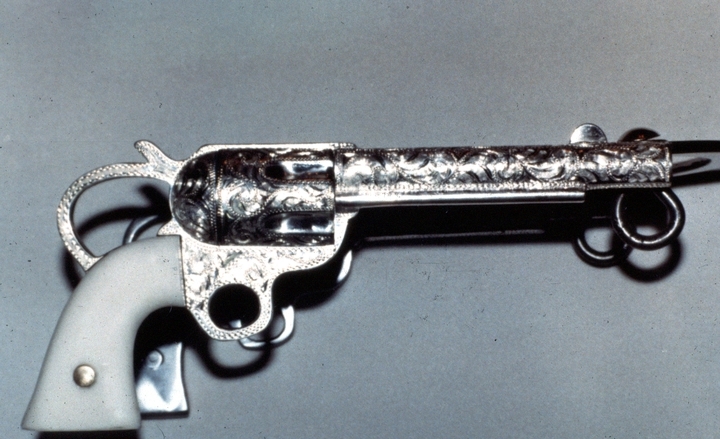 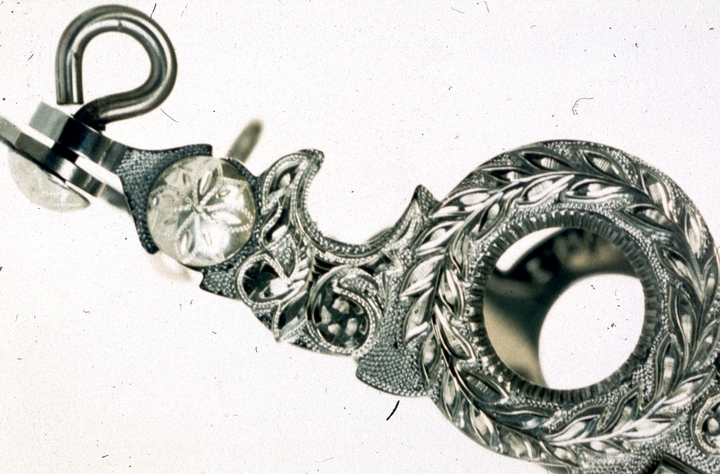 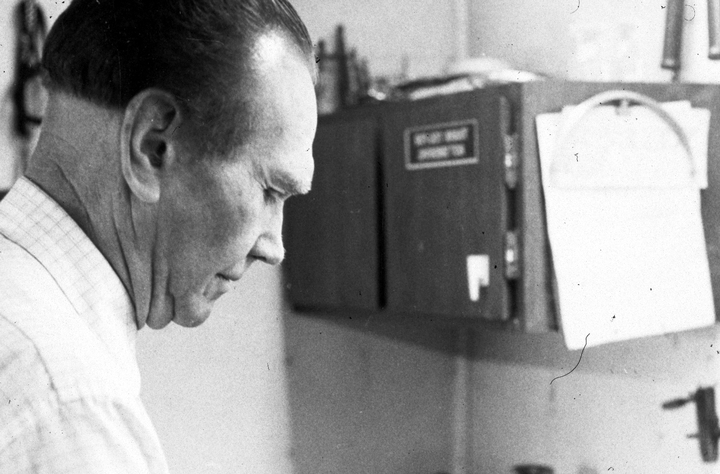 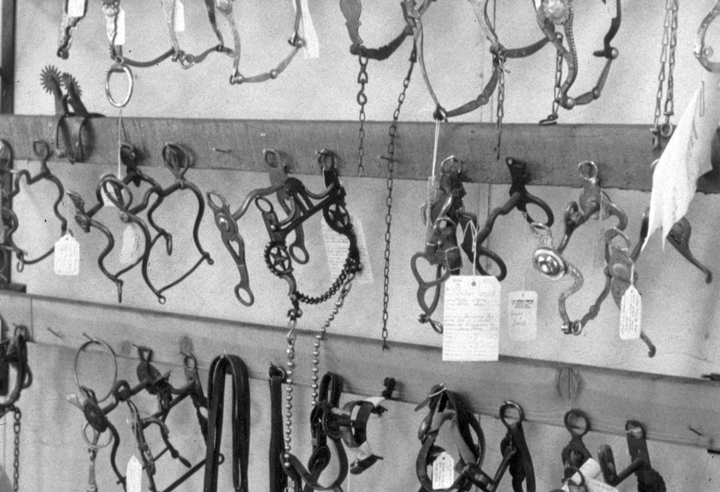 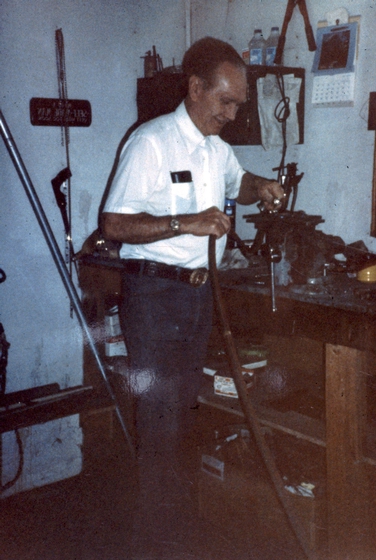 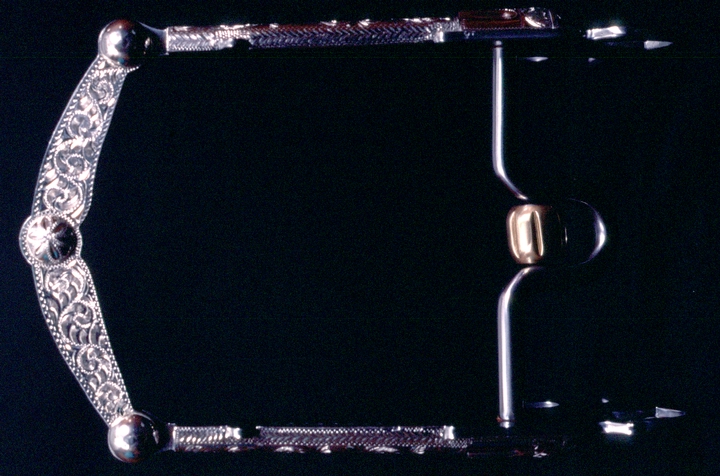 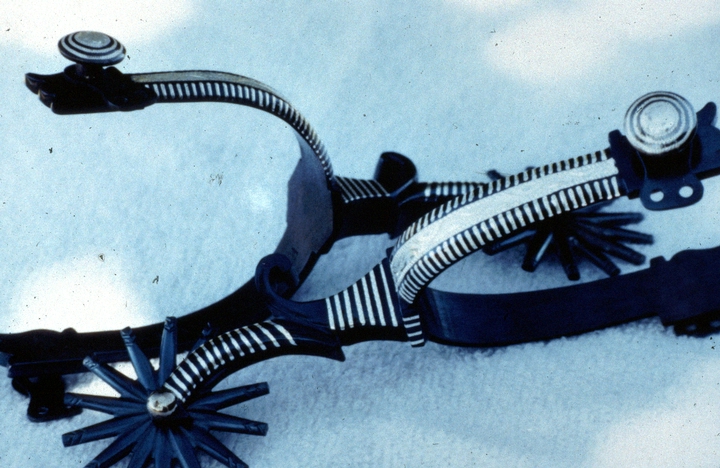 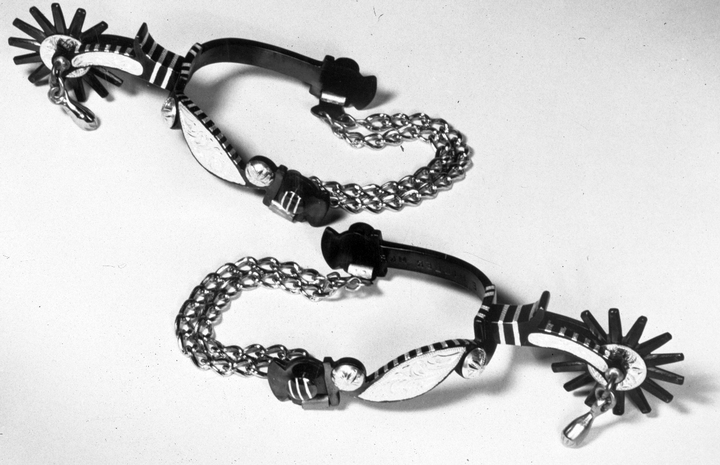 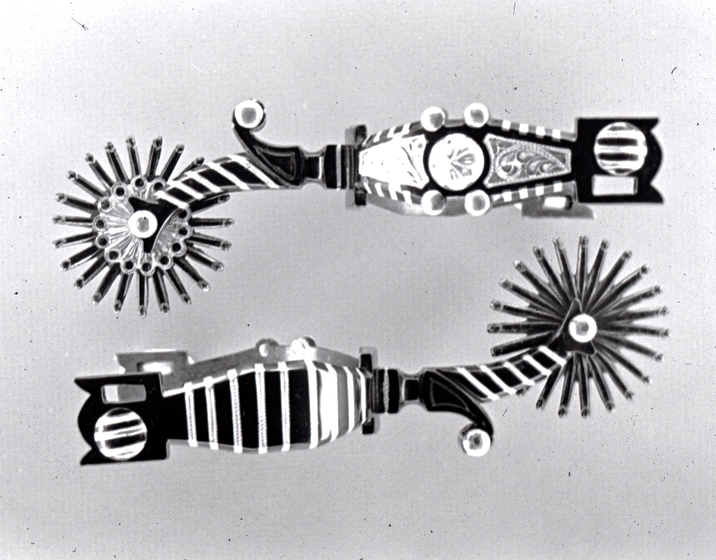 Elmer Miller was reared on a cattle ranch in Nevada's Paradise Valley. He first learned about horses and those who rode them through direct observation. After learning basic blacksmithing skills, he began making bits and spurs, essential cowboy equipment. While learning the trade, he moved to San Francisco and associated himself with an older and highly skilled Mexican bit maker, Filo Gutiérrez. By 1950, Miller was back in Paradise Valley, ranching and silversmithing.

In 1963, Miller set up shop in Nampa, Idaho. His shop became a famous source of the highest-quality spurs and bits, belt buckle sets, bolo ties and other functional and decorative items associated with cowboying. He became known worldwide. In the mid-1980s, his concern for tradition led Miller to establish a school to teach his arts. It attracted students from as far away as Australia. He died before the 1993 National Heritage Fellowship could be awarded.

Miller's spurs were featured in at least two major catalogs and exhibitions, "We Came to Where We Were Supposed To Be: Folk Art of Idaho" and "Buckaroos in Paradise: Cowboy Life in Northern Nevada," at the American Folklife Center of the Library of Congress. He was an invited artist at the Coconino Center for the Arts festival and exhibit "Trappings of the American West," in Flagstaff, Arizona. In 1985, a pair of his spurs was featured in the Idaho Commission on the Arts exhibit that toured Idaho and Morocco. In 1989, he was inducted into the Buckaroo Hall of Fame in Winnemucca, Nevada.

Miller said of his work: "The selection of the metals that go into the bit — iron for the mouthpiece, steel for the cheeks and pure copper and brass for the rollers and braces — needs to be properly understood to provide a bit that will keep the mouth moist and tender. From the formation of the mouthpiece iron to the engraving of the silver, inlaid in the blued-steel cheeks, my designs go back to the early California bit makers — designs that have been tested by 150 years of use on the finest bridle horses in the world."