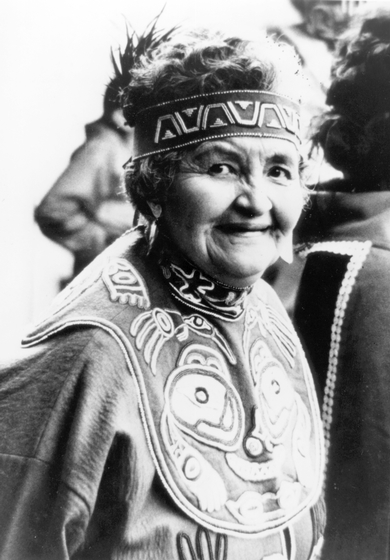 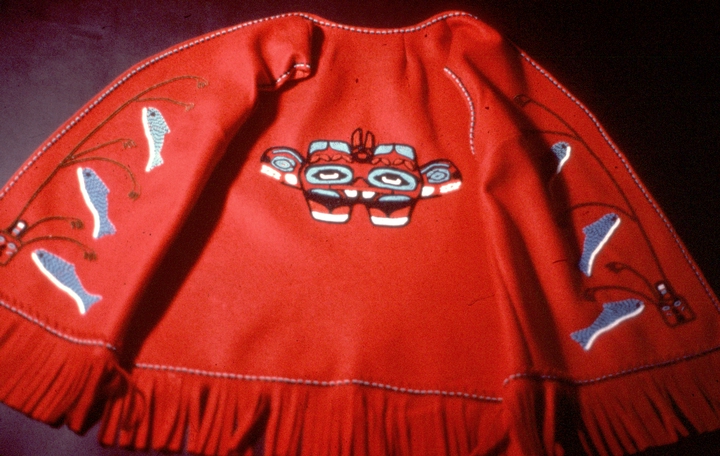 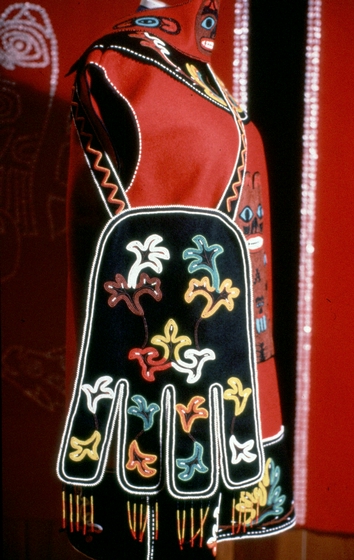 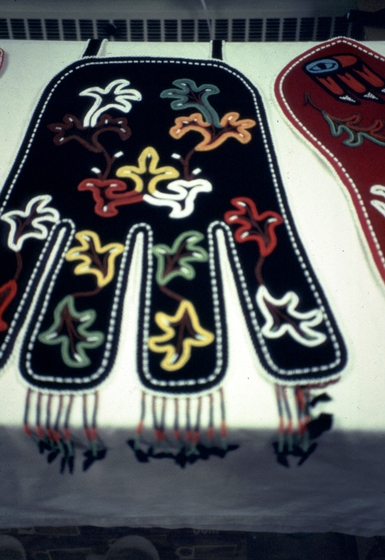 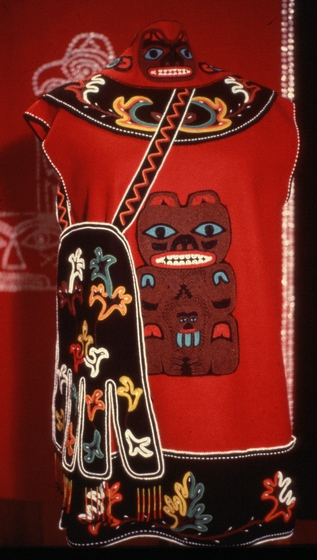 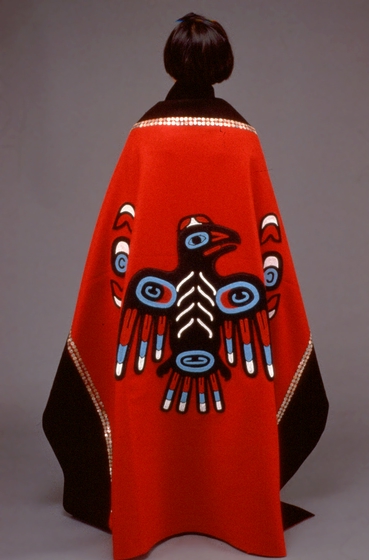 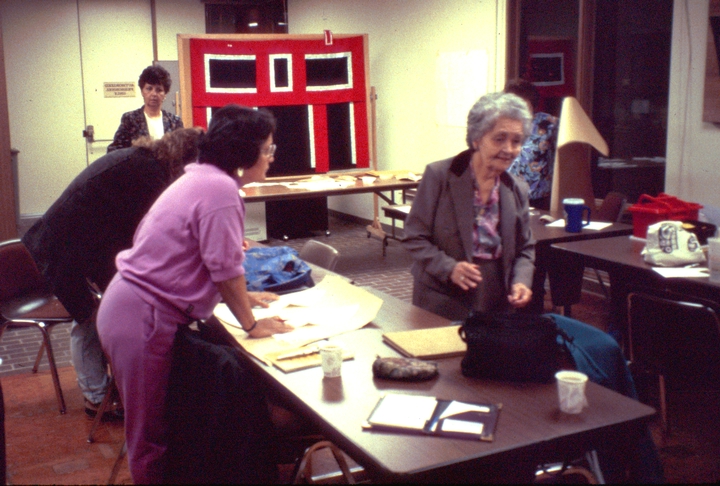 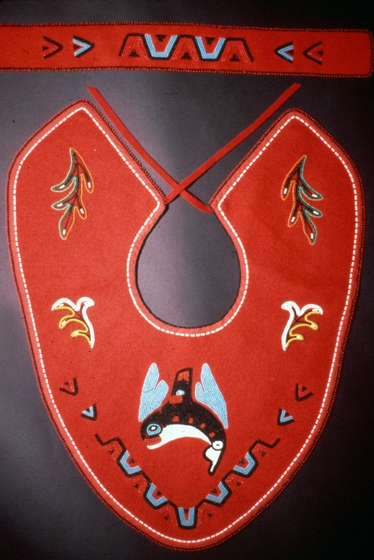 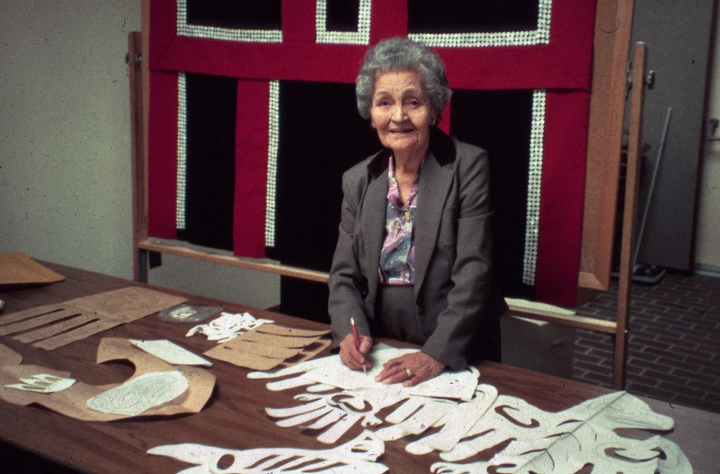 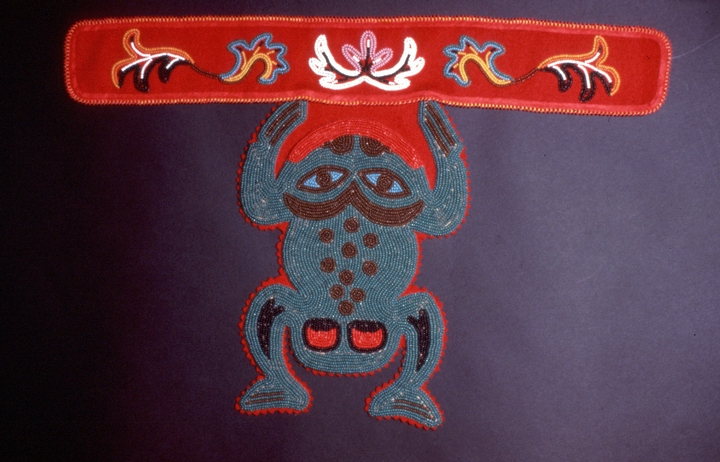 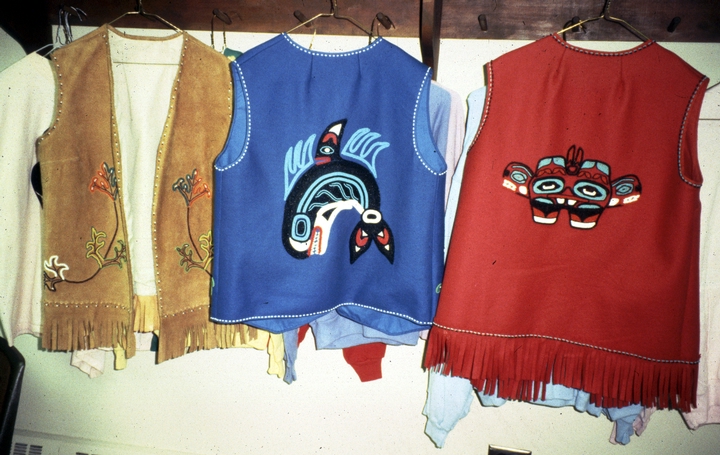 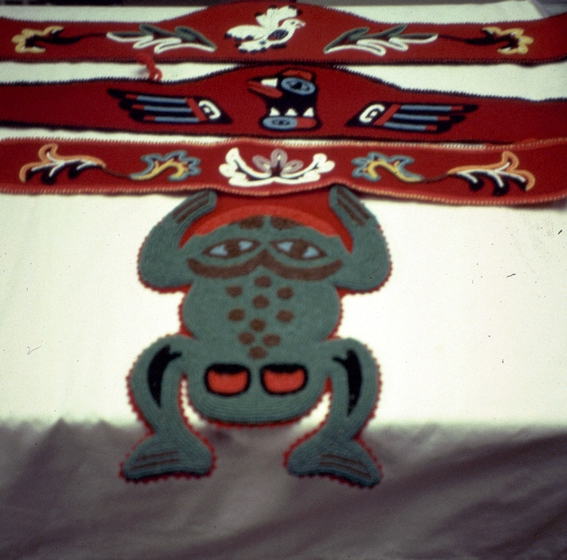 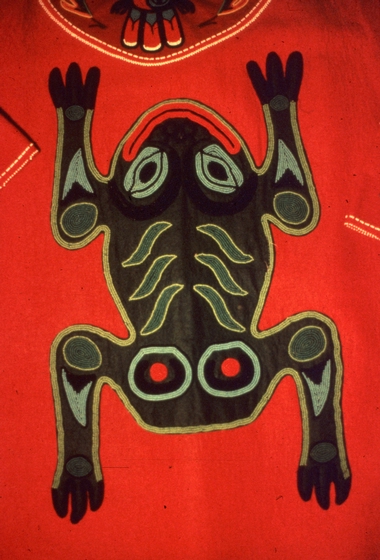 Esther Littlefield (Aanwoogeex) was born in Sitka, a city in southeast Alaska in the lacelike archipelago of islands that tail away southward, hugging the British Columbia mainland. This is the historic home of the Tlingit and Haida tribes, expert hunters and fishermen, boatbuilders and wood carvers of great renown who set their clan insignia into totem poles that once towered throughout the forests of the Pacific Northwest as far south as Oregon.

Littlefield belonged to the Kiksadi, a Tlingit clan whose members can wear the Raven emblem. Among her people young men are instructed in building and woodworking; young women are responsible for learning to work with fibers —basketmaking, sewing and the construction of clothing and ceremonial robes. Littlefield's mother taught her the traditional techniques of beadwork, button design and the handling of felt and leather. More important, she imbued her with a deep respect for the meaning behind the forms. Littlefield said: "A long time ago Mama saw beauty in the leaves from season to season. She'd sit somewhere and sew or weave. She'd look around her surroundings and see all the beautiful things. So, she'd create that. ... Art should be respected. And it should be handled with care. People come and want to buy this ... and they want information. They want to pay me. No. It's not worth all the money in the world. I don't want their money because this is my dignity. It represents my family."

Through the years, Littlefield applied the skills she learned as a child to make traditional Native costumes and other regalia. She adapted new materials and designs while maintaining the traditional Native art style. In making button robes, for example, she used wool blankets, felt beads and buttons, sewn onto the blanket in a detailed design. All of her designs were symbolic of different clans and carried specific meanings related to their purpose and spiritual significance.

Littlefield accepted commissions from museums and other cultural institutions. She taught bead and button work at the Southwest Alaska Indian Cultural Center from its founding in 1969. She demonstrated and interpreted Tlingit culture in many Alaskan cities and towns. In 1983, she received a special award from the United States Department of the Interior, National Park Service, for her commitment to Tlingit culture; a year later, she was presented with the Governor's Award for the Arts in Alaska.

Her lessons were straightforward and demanding. Though she knew the designs for bear, eagle, killer whale, frog, raven and thunderbird she worked with students to help them identify their own particular identity and to understand the meaning of the designs and the occasions on which ceremonial robes may be worn.