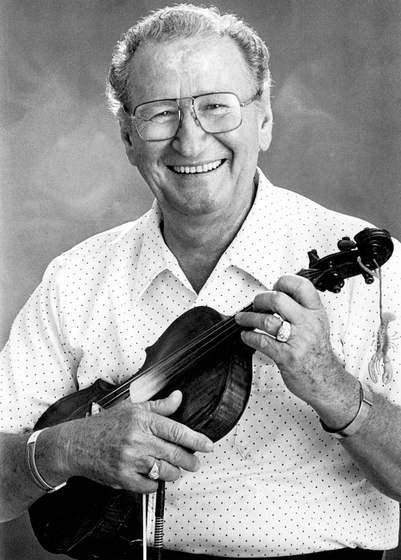 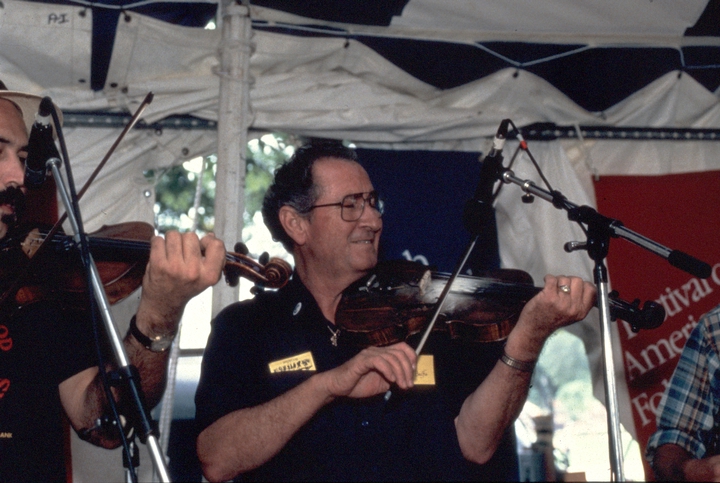 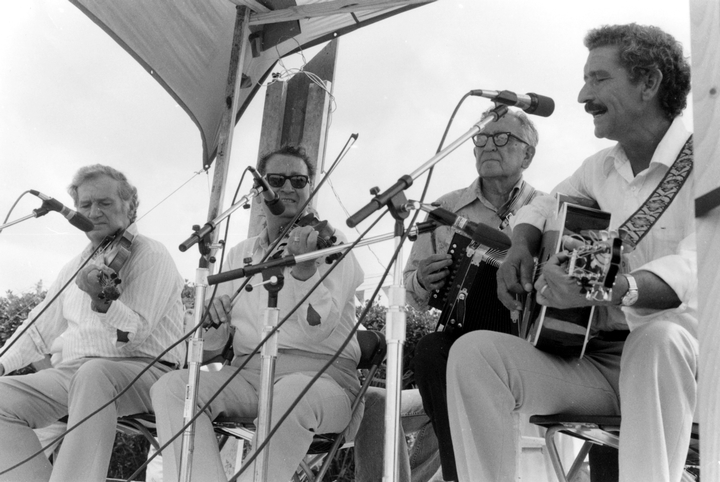 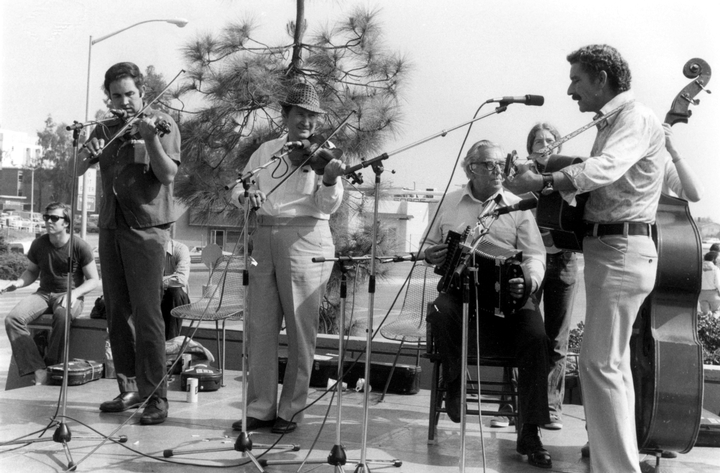 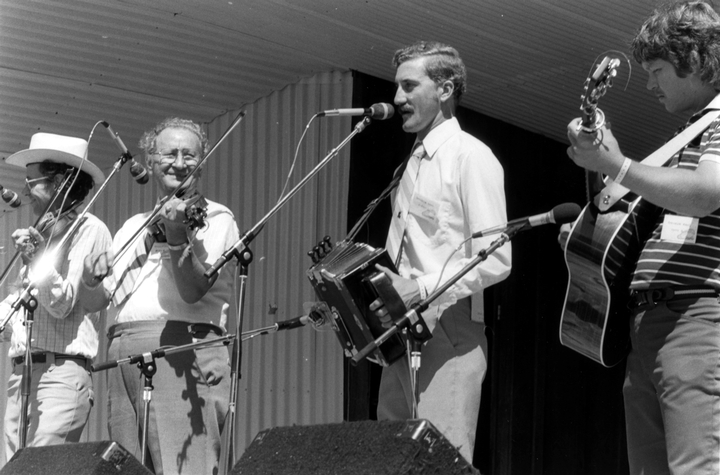 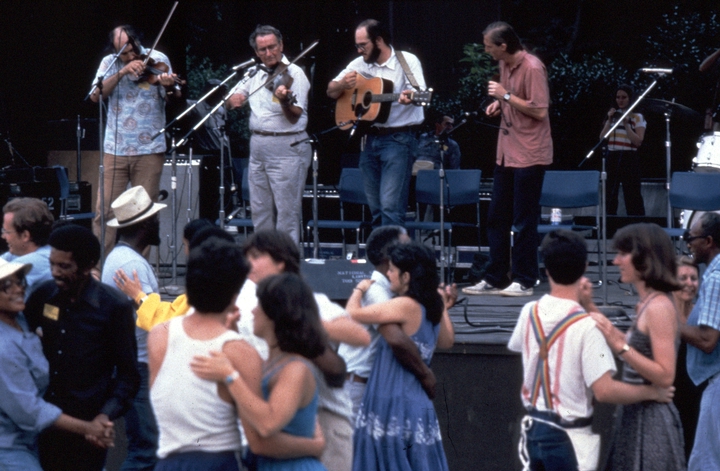 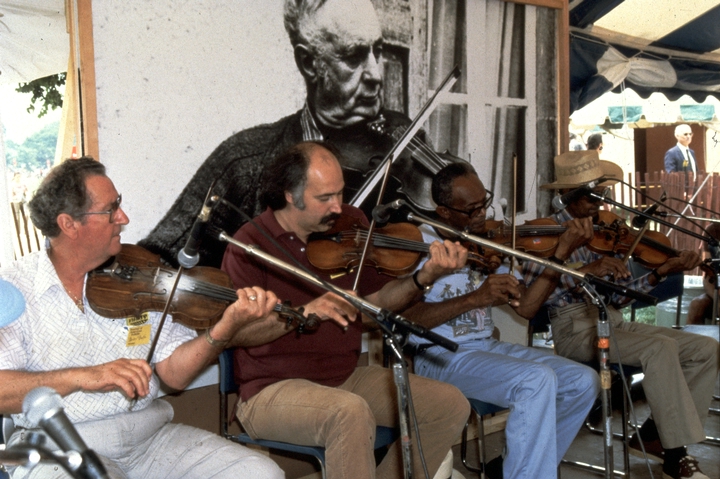 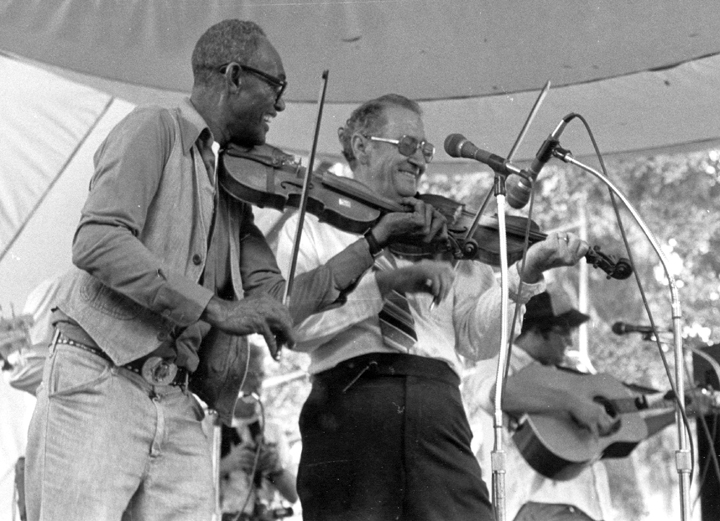 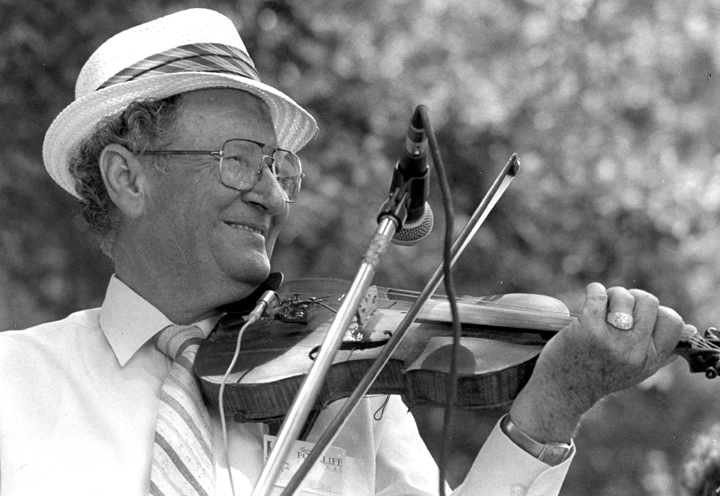 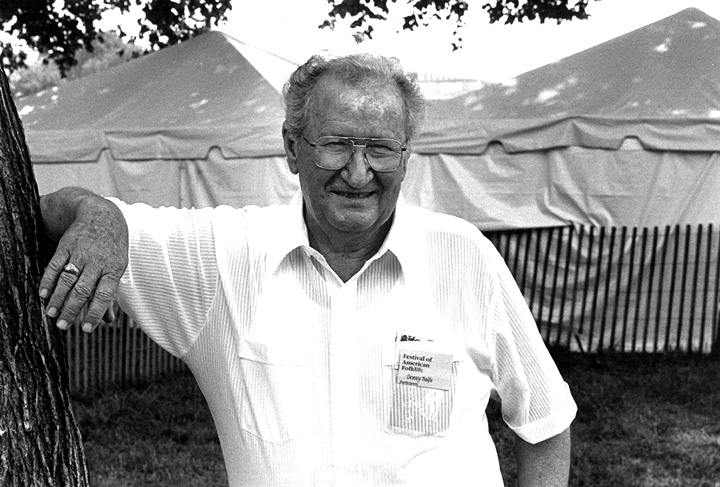 Dewey Balfa hailed from Bayou Grand Louis, a rural area near Mamou, Louisiana. His father, Charles, was a sharecropper in Evangeline Parish and a fourth-generation fiddler who instilled a great love of Cajun music in his children. "The fiddle was always laying around the house," Balfa said, "and it was just as natural to learn to play an instrument or to fiddle as it was to pick up your spoon for you to eat. The women would sing a lot as they did the chores around the house ... loved war songs ... gets your skin chilled, it's so, so meaningful."

Although Balfa chose the fiddle as his instrument, his four brothers were encouraged to participate by playing any instrument they wanted. Young Dewey began learning songs from his father when he was about 13, but it was more difficult than he had expected. About his early fiddling days, he remembered, "My mama would say, 'It sounds like when you catch a cat by the tail. Get out of the house.' So I had to go in the barn."

Balfa said that, in addition to his father, several other musicians influenced him when he was young: J.B. Fusiler, Leo Soileau, Harry Choates, even Bob Wills. On the weekends and for family gatherings, Dewey joined with his brothers to form a group they called The Balfa Brothers. During the 1940s, the band became very popular in the dance halls of southwestern Louisiana, and in the 1950s and '60s, its music continued to evolve.

In characterizing his distinctive Cajun fiddle style, Balfa said, "[My fiddling has] a lot of double-stops, a lot of drone, a lot of unisons. There's a lot of loneliness and a lot of hurt in Cajun fiddling in spite of the fact that the rhythm is, it's uptempo. The first fiddle would play the melody. The second fiddle would play like bar chords. He would keep the rhythm with the bow. They'd exchange a lot because from the time that there was the two fiddles and the triangle, then the accordion came, then the guitar came, then World War II came, so all these isolated Cajuns went into the service and heard other musics. Some of the changes I'm not crazy about, but I know that if something doesn't change, it doesn't grow, it doesn't stay alive."

In 1964, Balfa was invited to the Newport Folk Festival, where he played guitar as a last-minute replacement with Cajun accordionists Gladius Thibodeaux and Louis "Vinesse" Lejeune. Three years later, The Balfa Brothers band performed at the festival. These performances, Balfa said, had a profound effect upon him and inspired him to devote himself to the preservation of Cajun music. "We were brought up and told that this kind of music's sort of a bastard music," Balfa said. "And you play it for 17,000 people that gives you a standing ovation. It made me realize that no one is better, no music is better than the other music, but then that music is the universal language. It's who you are. I would like to think that I set the fire to the renaissance of Cajun music."

At home, Balfa worked as a bus driver for the Acadia Parish schools and owned a furniture store. In 1968, when the Council for the Development of French in Louisiana was created, he became actively involved in using music as a vehicle for teaching about Cajun culture. In the 1970s, Balfa helped to mount a sustained effort for cultural preservation. He was the host of a weekly Cajun music show on radio station KEUN in Eunice, Louisiana.

The Balfa Brothers played together until 1978, when Dewey's brothers Will and Rodney were killed in an automobile accident. Balfa continued to play, and Rodney Balfa's son Tony joined the group. In later years, Balfa also included his daughters in his band.

Dewey Balfa, 'I Got Married to the Wrong Woman,' recorded by Alan Govenar