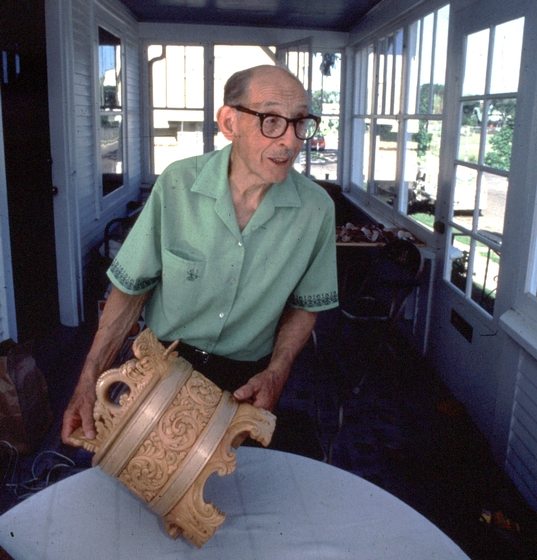 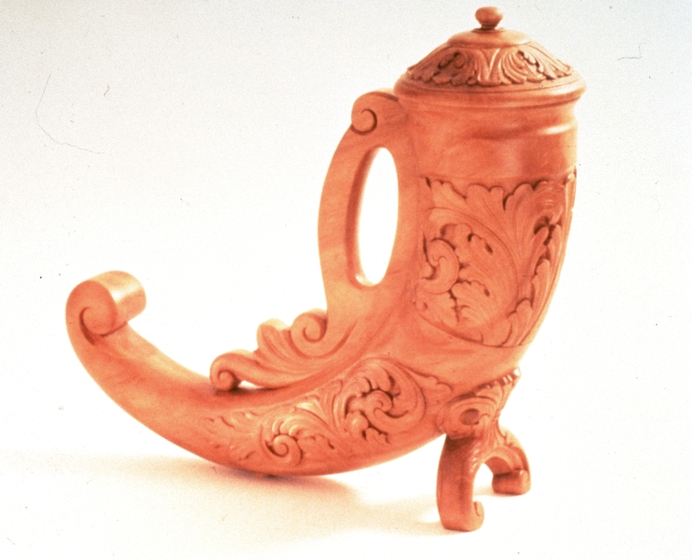 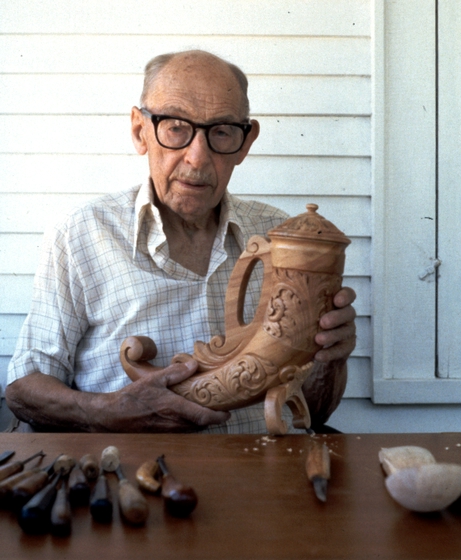 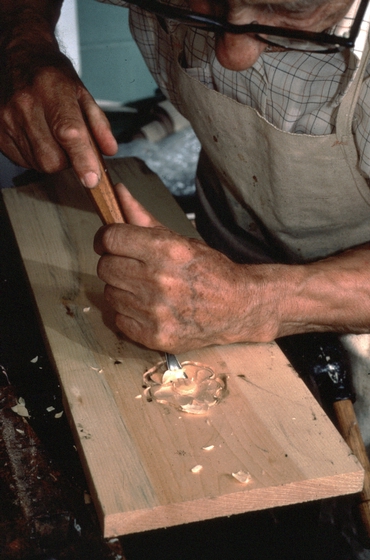 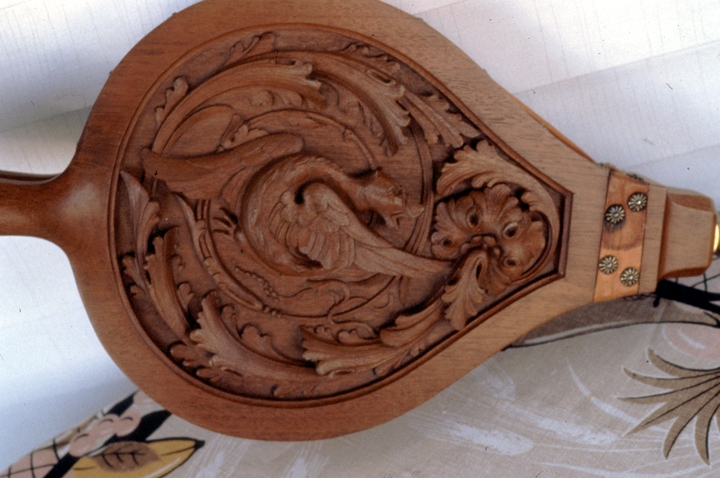 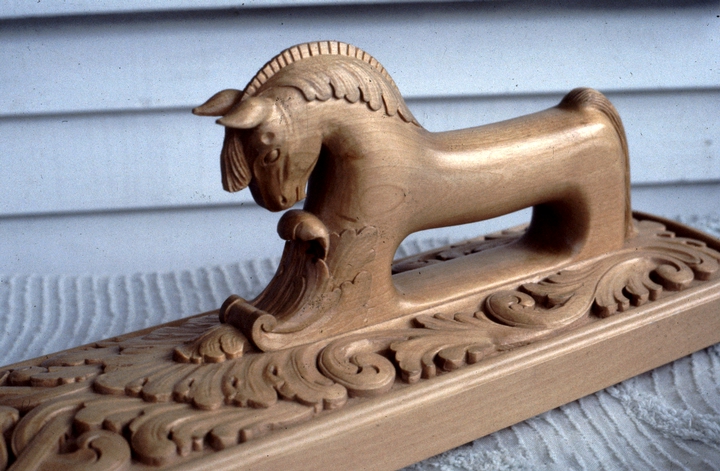 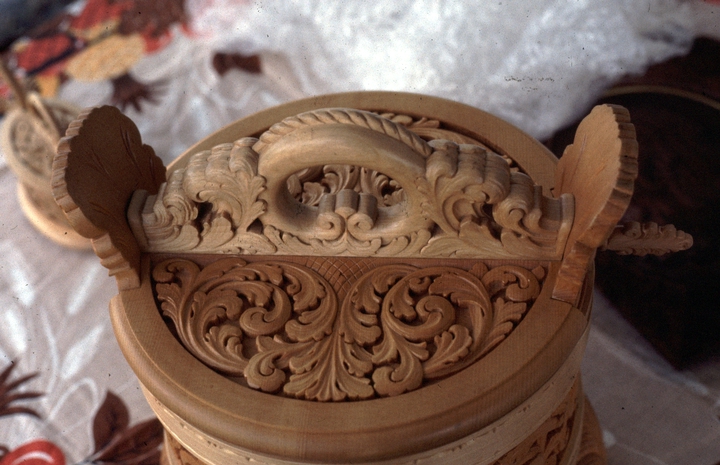 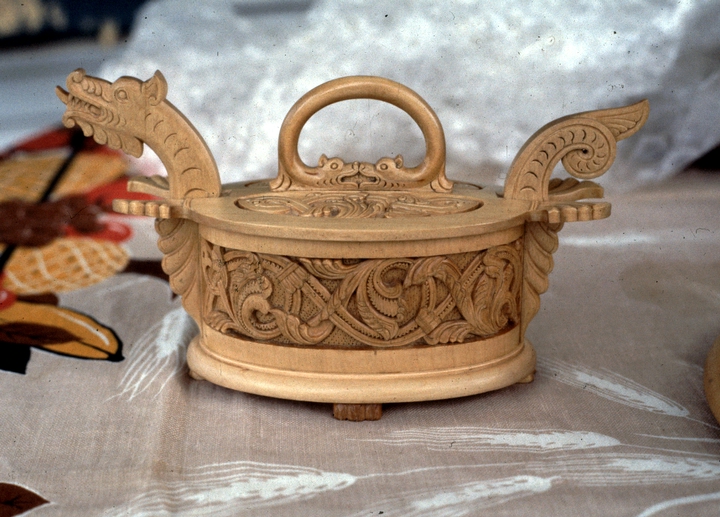 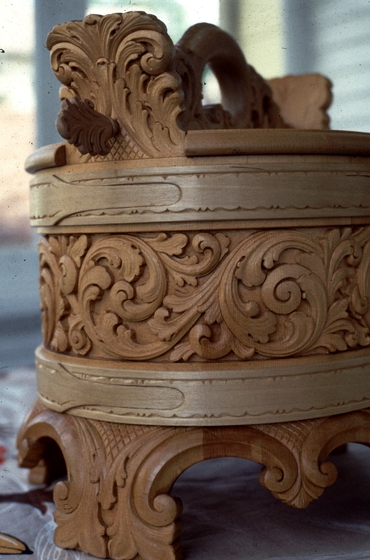 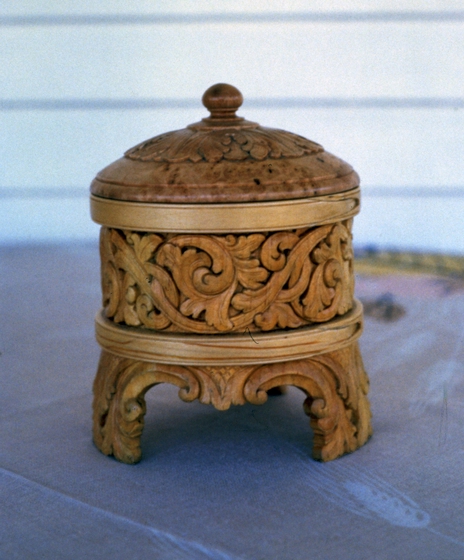 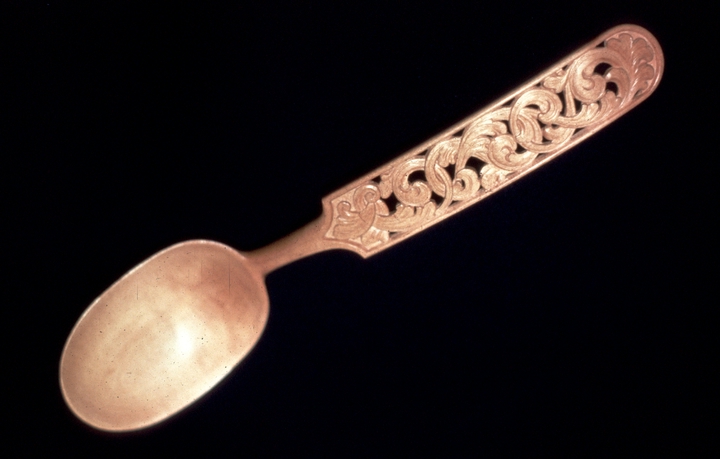 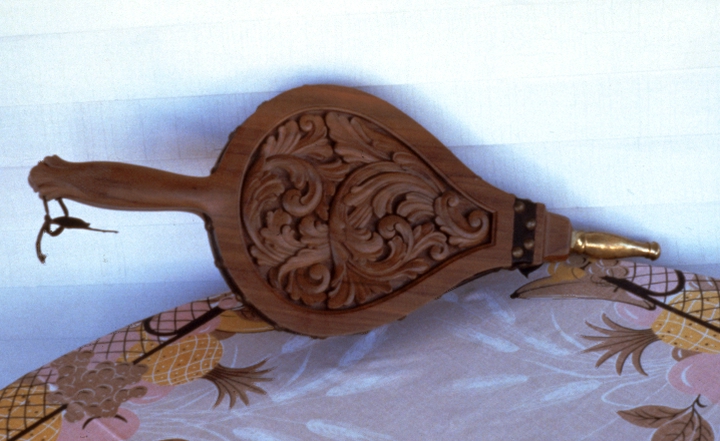 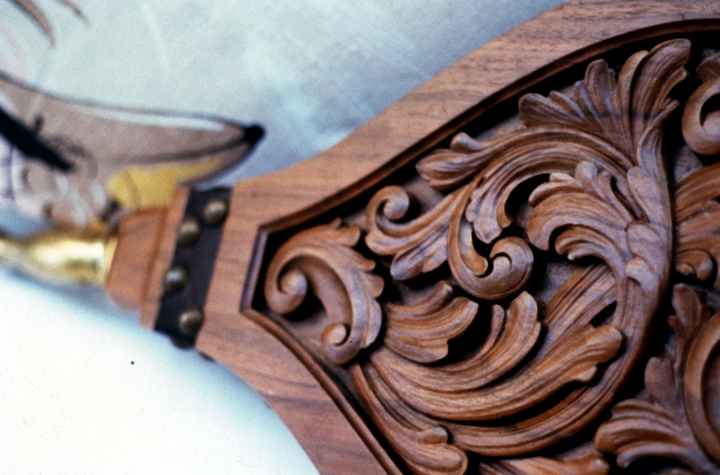 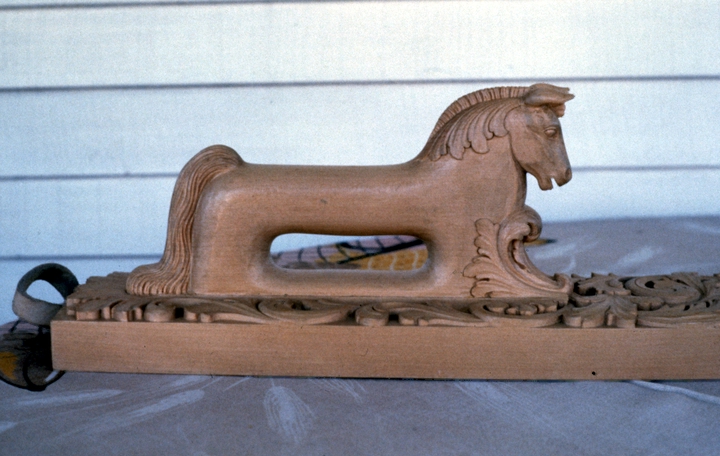 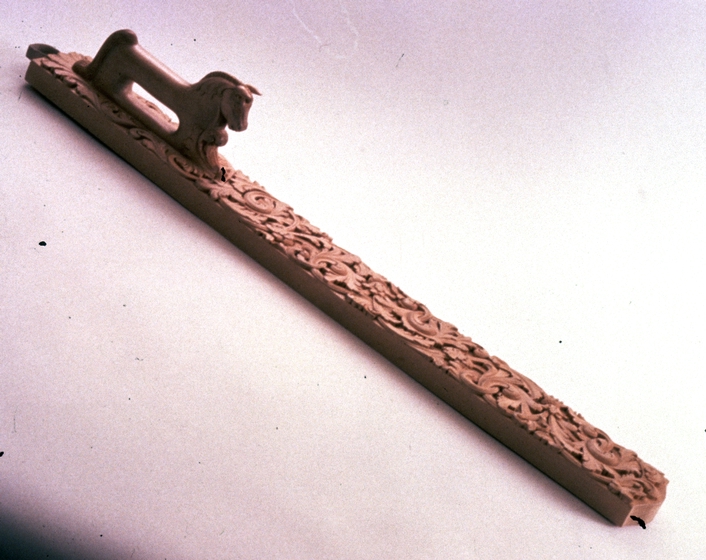 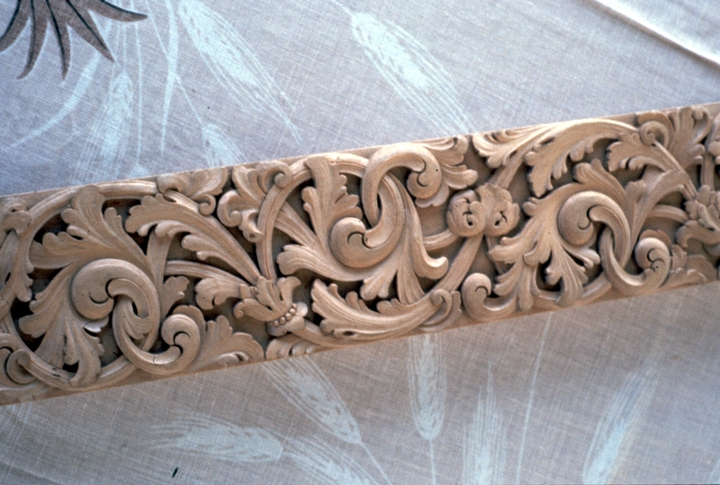 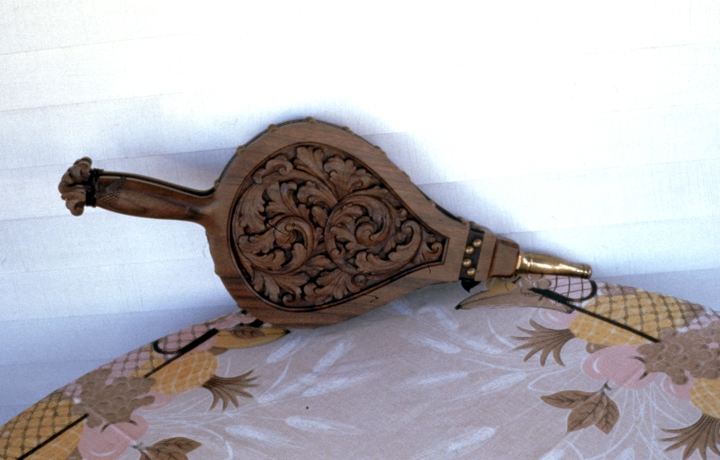 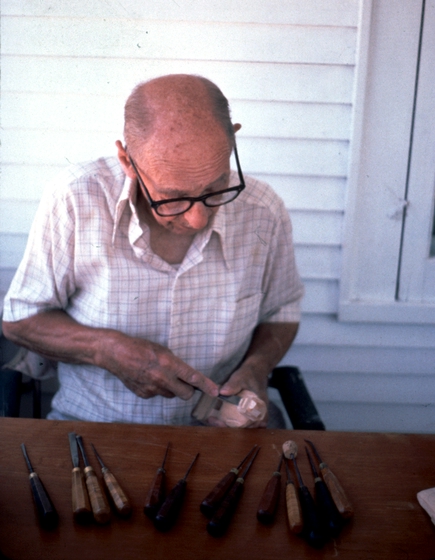 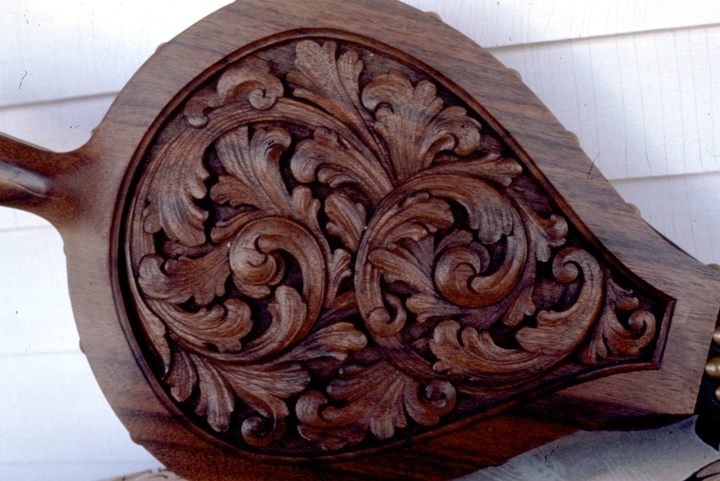 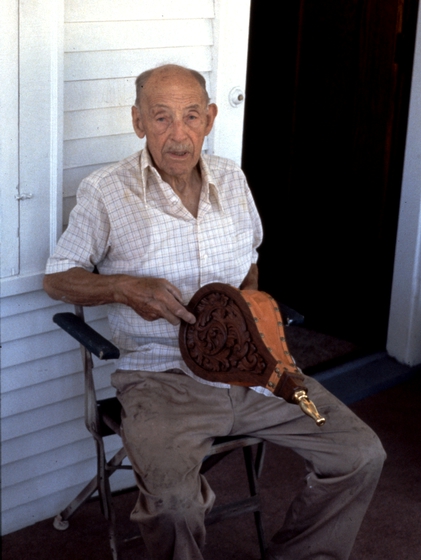 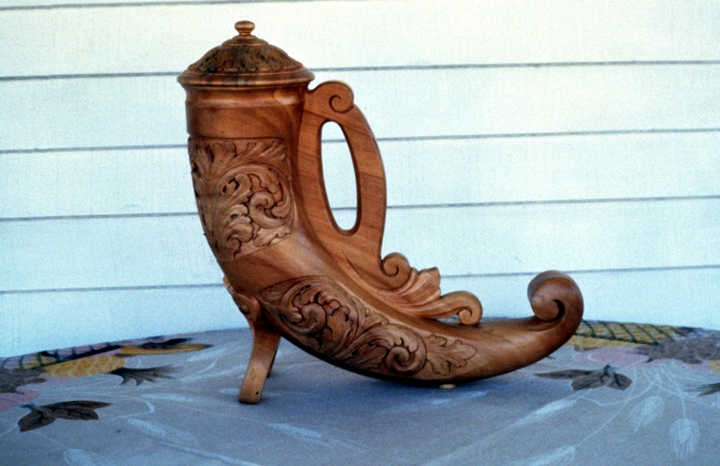 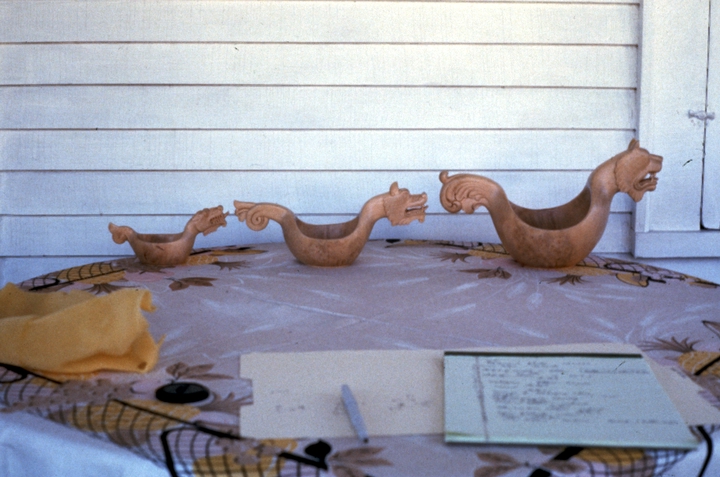 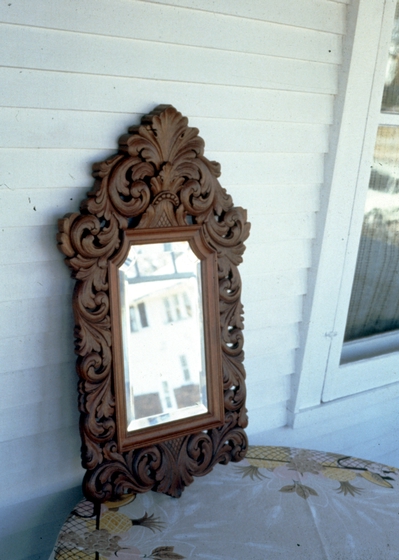 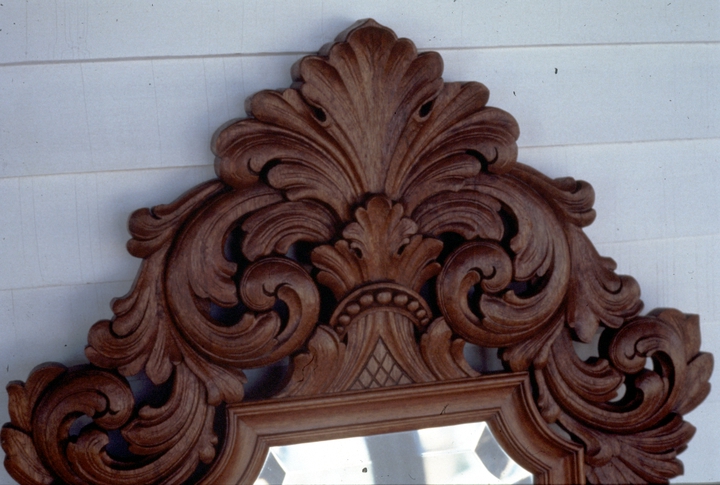 Leif Melgaard spent his childhood working on his peasant family's homestead in Sor-Fron, Gudbrandsdal, Norway. With the encouragement of an uncle, a talented local woodcarver, he began to carve as a child. Melgaard's father discouraged it as a waste of time. "He was a slave driver, my father was, so I didn't have much time for carving, only in the evenings," Melgaard said.

At age 17, he enrolled at the Craft School of the Museum of Industrial Arts at Dakka, Norway. The six-week course was his only formal training. It included two weeks of cabinetmaking and two weeks of carving under the tutelage of Lillevik, the master Gudbrandsdal carver of the time. Gudbrandsdal carving is a traditional Norwegian style that is elaborately improvised, imaginative and technically very difficult. It centers on the acanthus leaf and vine motif and includes grotesque animals and other figures.

Melgaard came to the United States in 1920, assuming that he could continue his artistic training. But opportunities were limited. After several years in the farming region of western Minnesota, he settled in Minneapolis in 1926. There he found employment as a carpenter and cabinetmaker at the Lake Street Sash and Door Company. He remained there until his retirement in 1964. He continued carving at home and on occasion at work, when commissions involving ornamental carving were received. One of his best-known pieces done for the company is the altar at the Norwegian Lutheran Memorial Church. After his retirement Melgaard devoted all his time to carving.

He also took great pride in his work outside the traditional style. One such piece was a relief panel carved from mahogany in the 1940s that featured an Italianate rococo design. "I was working with some Swiss and Germans, you know, and they were always talking about how clumsy Scandinavian woodcarving was," he said. "I just wanted to show them."

Melgaard used a variety of materials, including birch, oak, mahogany, maple, apple and buckthorn. He went to great lengths to find the right wood for particular objects. Several spoons and bowls, for instance, were made of wood he cut from a tree where the stump merged with the trunk so that the pieces would feature the contrasting textures.

His carving has been displayed at Norwegian gatherings around the state, and several pieces were included in an exhibition at Vesterheim, the Norwegian American museum in Decorah, Iowa. Many students of the tradition say that Melgaard's work would be better known if he had been willing to sell and exhibit more, and they rate him equal or superior to the finest European carvers. Apparently it was difficult for him to overcome the widespread characterization of "whittling" as an idle activity and to recognize his own work as an art form. He was also reluctant to teach. "I don't have any workshop to teach in," he said. "And besides, they're always trying to learn my secrets."