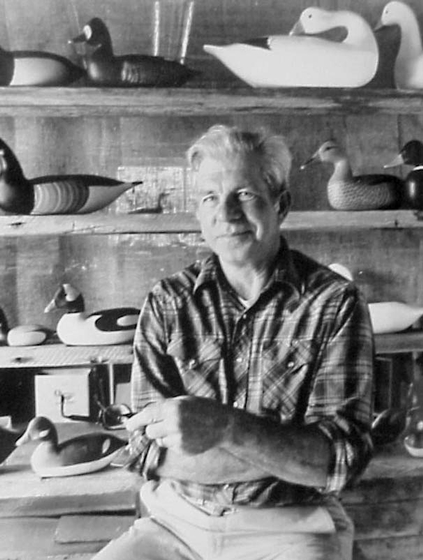 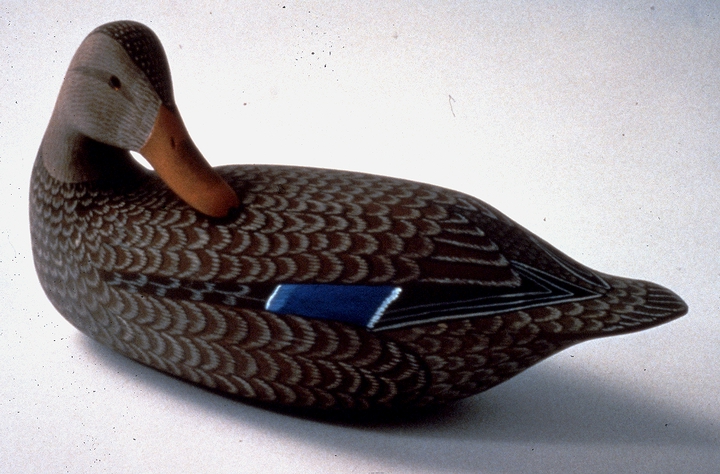 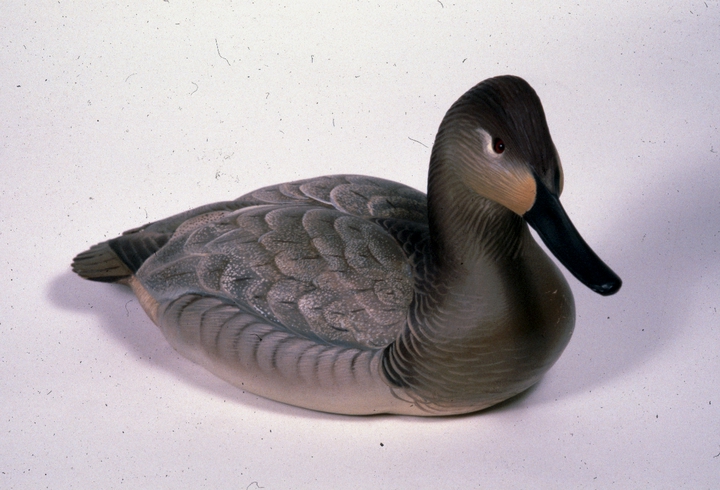 Harry V. Shourds is a third-generation decoy carver. His grandfather Harry Vinuckson Shourds (1861-1920), for whom he was named, lived in Tuckerton, New Jersey, in the Barnegat Bay area. He has been described as perhaps the greatest professional decoy maker in New Jersey at a time when Tuckerton could be said to be the handmade duck decoy capital of the United States.

Though Harry never knew his grandfather, he did recall the stories people told about him. "He ... shot ducks, picked them, packed them on ice and shipped them on the railroad in barrels. They would save the feathers and my grandmother would make pillows and feather beds out of them. Everything was used from the duck in those times.... [My grandfather would] go down and get a haircut and while in the barber's chair, he'd whittle a duck head. By the time the barber was through cutting his hair, he was finished with the head. And with the decoys he made, he must have spent every spare minute of his spare time just carving." About 90 percent of his grandfather's decoys were greater scaup, black ducks, brant and Canada geese.

Harry's father, Harry M. Shourds, died when Shourds was 12, so he is largely self-taught as a carver. "My father was a painting contractor, but in the winter he made decoys. Over the years, he made around three or four dozen decoys in the winter. They sold for approximately $25 a dozen. I remember sitting there watching him make decoys, and I would carve a little with him."

In describing his own distinctive style of carving, Shourds said, "I use Jersey white cedar, which grows in the swamp, for the wood. It is a wood that's used on boats and shingles. It's a durable wood for outdoor use. The decoys are made in two pieces, the top half and the bottom half. Both halves are hollowed out to make them light, and it gives them air space so they won't crack over the years.... Then, that's put together and caulked, just like you would a boat, so it won't leak. The head is put on separately and nailed from the top in case it is broken with usage.... There's an insert put in the bottom with a chisel where you put lead, about five ounces, in for ballast so that when the decoy is thrown out, if it lands upside down, it will roll over and sit right in the water.... You want it to ride right in the water so it swims like a duck." Once the construction is completed, Shourds adds a "little leather thong on the front of it to tie the anchor rope to" and then seals and paints the decoy to make it ready for use.

A working decoy, the type favored by hunters, must behave naturally in the water to lure a passing duck. But Shourds says there's a limit to the realism necessary. "Today, the carvers are getting real ducks. They're getting mounted or frozen ducks, and they copy them feather for feather. It's really model making instead of carving. It's a nice sculpture when it's finished. But I like to put a little dream into it."

Shourds says his own decoys represent "what I think a duck looks like. I don't copy off a real duck, and none of the old-timers did. They hunted duck and sold ducks in the wild and took their memories from them. They worked from those memories." Shourds has been carving full-time since 1962, and over the years he has written extensively on the subject.