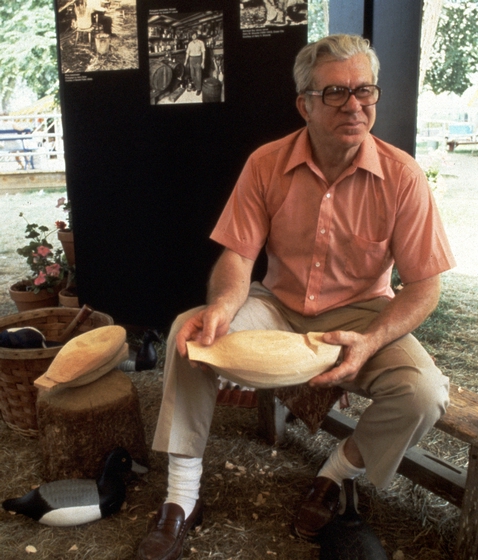 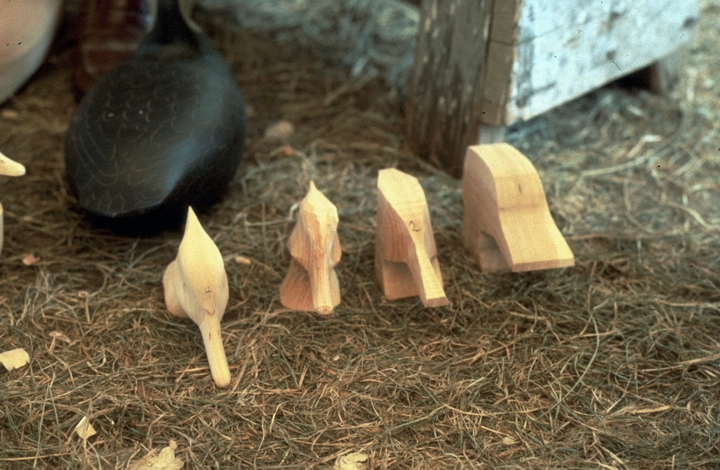 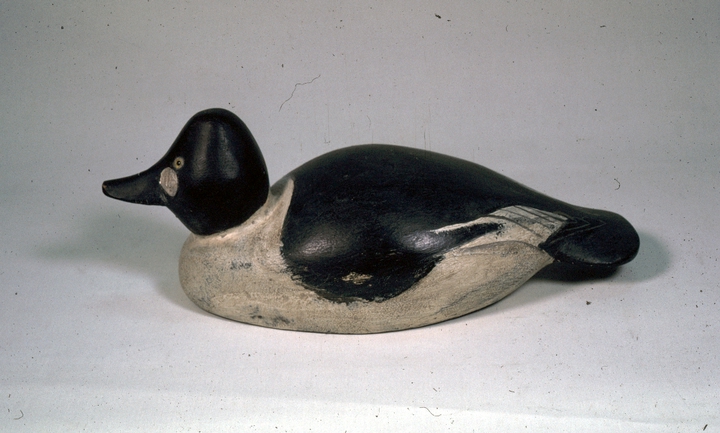 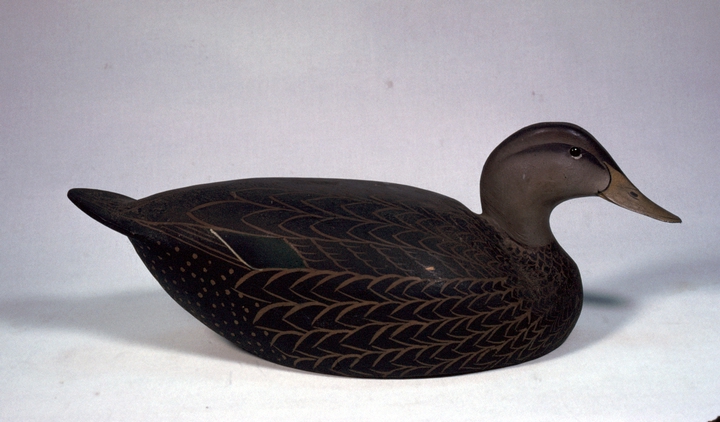 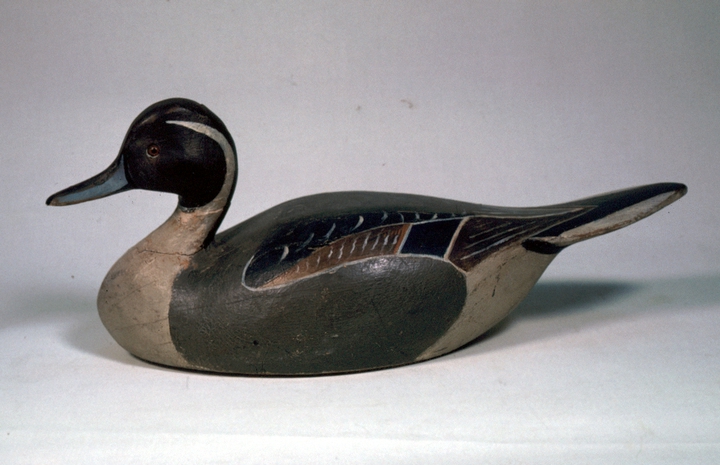 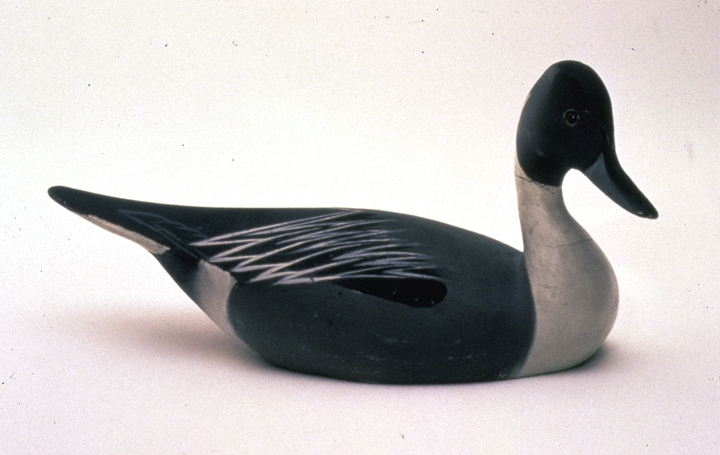 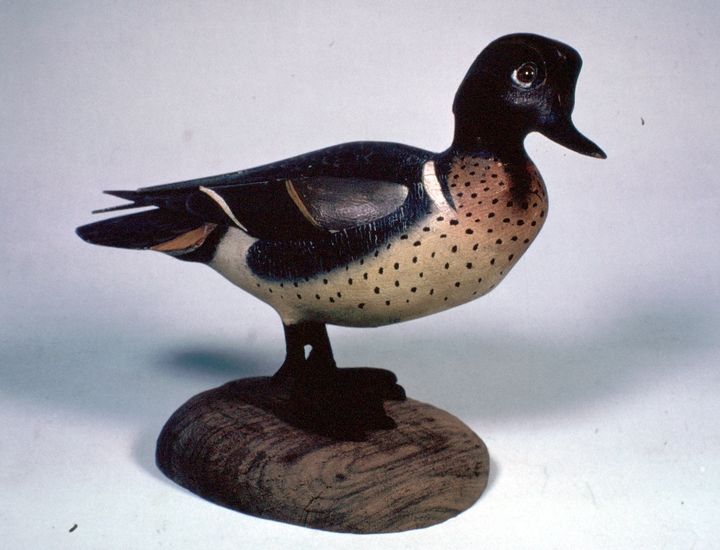 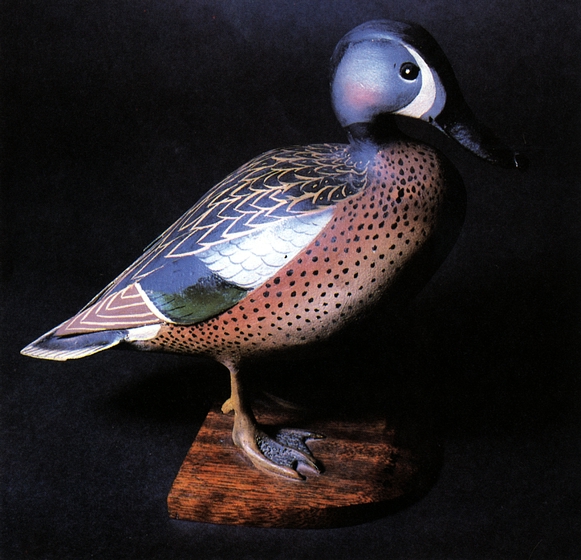 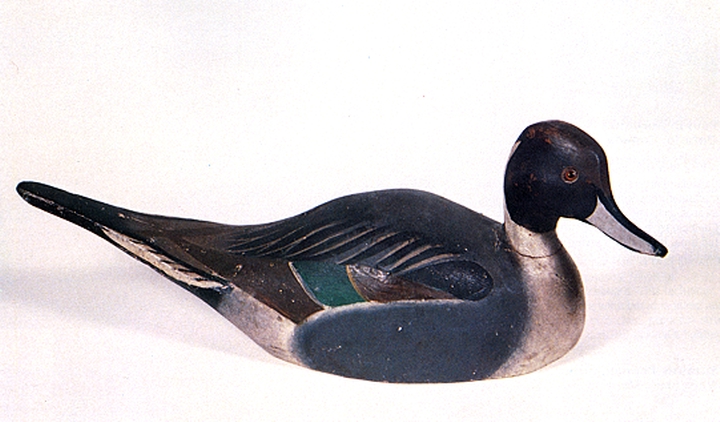 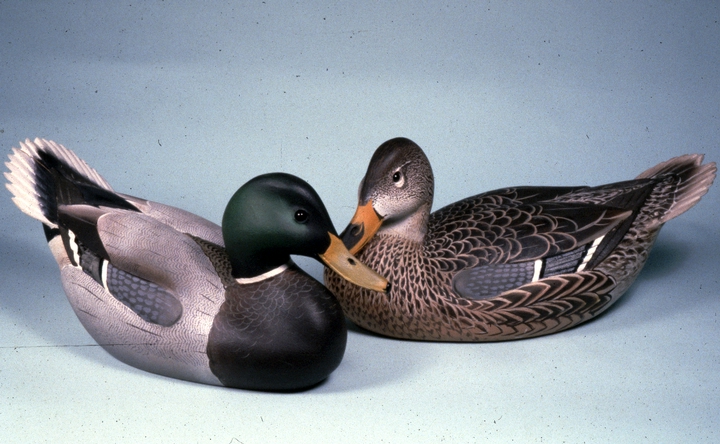 While growing up in the Crisfield, Maryland, region of Chesapeake Bay, Lem Ward and his brother, Steve, learned to carve working duck decoys from their father, who also trained them as barbers. In 1918, their father drowned in a boating accident, and with the loss of his income, the family was almost destitute. Lem and Steve began carving decoys as a part-time occupation, supplemented by barbering and hunting wild game.

Although "duck coys" and "duck cages and traps" are known to have been employed in bird hunting in Europe and England, it was in North America that artificial lures resembling birds in various natural poses first came into common use. Decoy making became a regional tradition in several areas of the United States and Canada that lie along the flyways used by waterfowl in their seasonal migrations. Carving decoys flourished as a folk art form during the last half of the nineteenth century, when "market gunning" (unrestricted hunting) created a demand for large numbers of these lures.

By the 1930s, the Ward brothers had brought the distinctive Crisfield decoy type — flat bottom, exaggerated head shape and simple painted patterns — to a new level of perfection. With Steve doing practically all the carving by hand and Lem most of the painting, the brothers experimented with varying poses, positions and shapes, developed the technique of "strippling" the painted surface and employed an impressionistic painting style in order to create decoys far more lifelike than those typical of the period.

The pursuit of realism in their decoys also led the Ward brothers in the direction of decorative bird carving, which brought them their greatest recognition. Although Lem's earliest decoratives were essentially decoys with legs placed on them, his experimentation with techniques such as feather insertion became the basis for much of the decorative bird carving that followed and ultimately prompted the development of independent categories in carving contests for decoys and decoratives.

In the late 1950s, the Ward brothers stopped cutting hair and became full-time wood carvers. Lem lost interest in making functional decoys and devoted himself to decorative birds. "We didn't claim to know it all then," Steve said. "We were not satisfied then and we are still not, for we have sense enough to know there is still room for improvement."

In 1968, the Ward Foundation was formed to promote the art form of bird carving that Lem and Steve had played such an important role in developing. In 1972, Lem suffered a major stroke, leaving his left side paralyzed, and a year later he developed cataracts, but nonetheless continued to work. Steve died in 1976, and two years later Lem was forced to stop carving when his eyesight became too poor for him to work with his tools.

Lem was a teacher and inspiration to Arnold Melbye, Harold Haertel, Bruce Burk, Don Briddell and a lengthy list of other wildfowl artists. He was often self-effacing, referring to himself as "a dumb old country boy," and when he wasn't able to carve, he wrote poems. "I am glad that I live, that I struggle and strive," he said in verse, "For the place that I know I must fill. I'm thankful for sorrow I'll meet with a grin, What fortune may send good or ill. I may not have wealth, I may not be great, But I know I will always be true. For I have in my life that courage you gave, When I first rubbed shoulders with you."