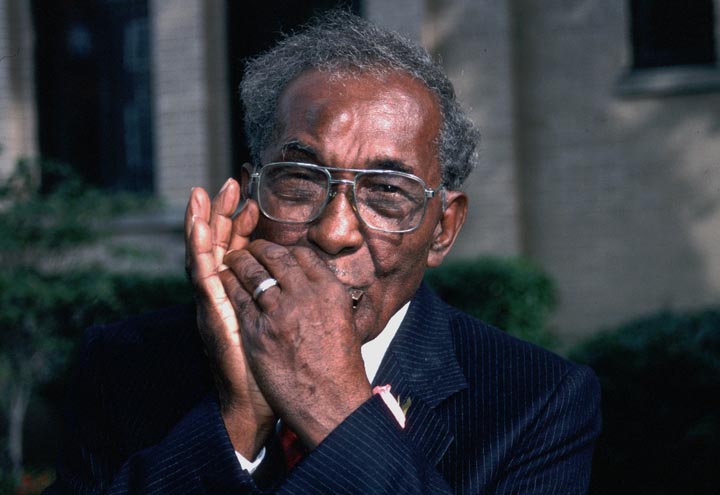 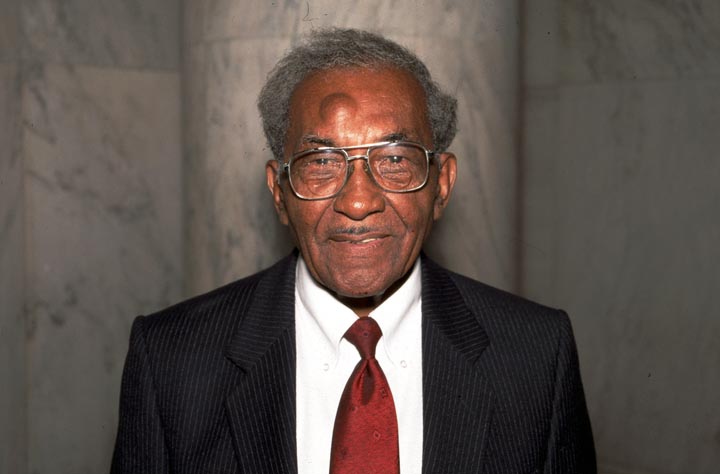 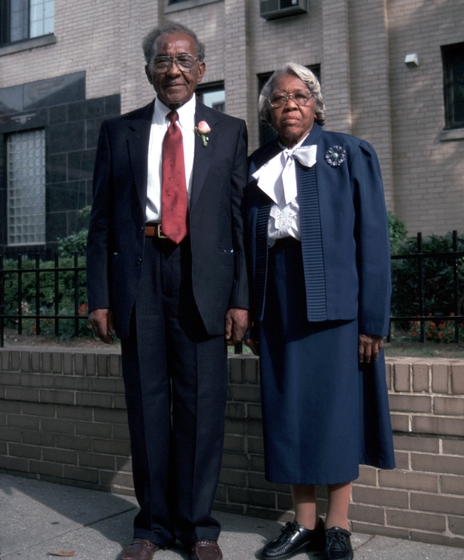 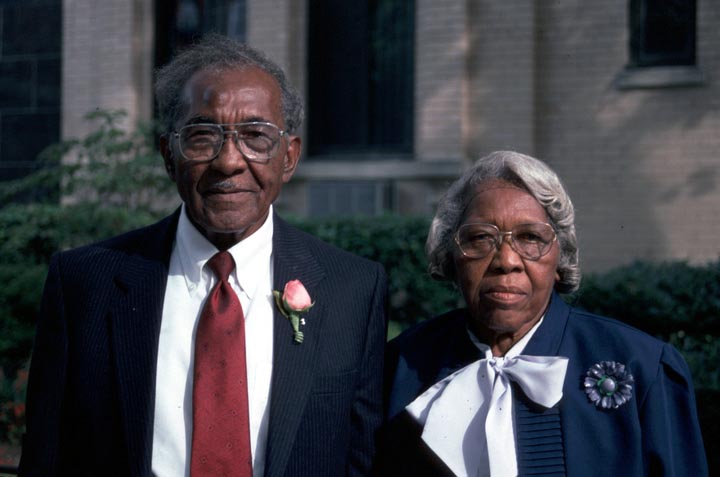 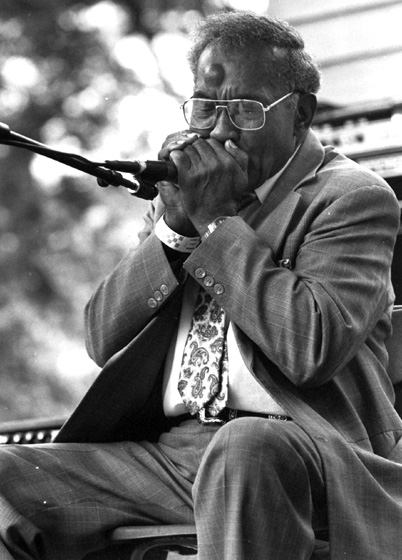 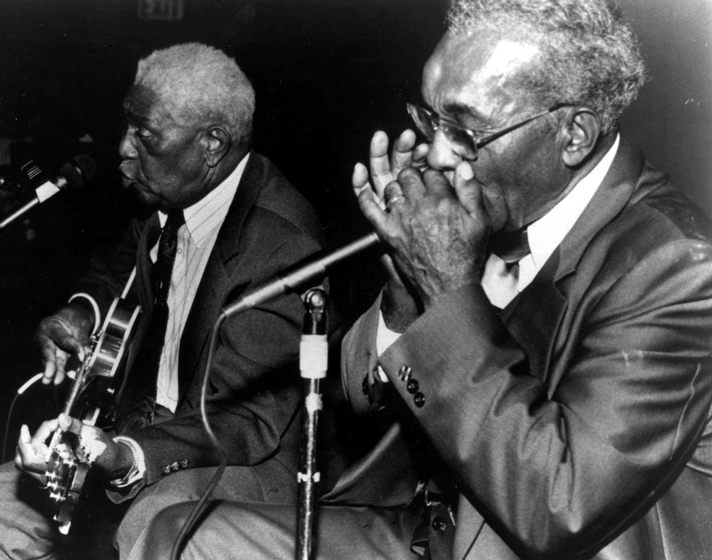 Elder Roma Wilson was was one of ten children raised on his parents' Tupelo, Mississippi, cotton farm. As a child, he attended school and worked alongside his siblings in the cotton fields. At night, his father often told stories and played the harmonica. When Wilson was 15, he taught himself to play the harmonica, using an instrument that his older brothers had discarded. That same year his parents split up. "My mother left home," Wilson says, "when I was 15 years of age, separated from my father. And when he broke housekeeping, I had to get out."

To support himself, Wilson began working for the railroad and at sawmills. Later that year, he says, he "got converted," and within two years he was called to the ministry of the Holiness Church. He was ordained when he was only 17 years old and became an evangelist, preaching at different churches until he was appointed pastor of his own congregation. In his ministry, Wilson believed in the harmonica as an instrument of faith and focused his repertoire exclusively on spiritual songs.

In 1935, Wilson left Mississippi with his wife and children, fleeing the throes of the Great Depression and the terrors of racism. He worked for the Missouri Pacific Railroad and labored as a farmer in Arkansas before finally settling near Detroit, Michigan, where he was employed by a foundry. After a couple of years, he joined the contracting company started by his son. All the while, Wilson remained active in the Holiness Church and continued to play the harmonica.

When his children were still young, he and three of his sons, whom he had taught to play harmonica, often performed their unique style of religious music on the streets of Detroit. Joe Van Battle, owner of Joe's Record Shop, covertly recorded their street playing in 1948 and sold his recordings of "Lily of the Valley" and "Better Get Ready" to the Gotham label. These now-legendary 78-rpm releases introduced the music of Wilson to audiences in Europe and the United States. It wasn't until the 1980s that Wilson learned of these records and eager gospel music listeners learned the life story of the "unknown" musician identified on the recordings as "this charismatic preacher who blew harp."

As a young man, Elder Wilson learned from masters of both traditional secular and sacred harp. He learned to "choke" the harps in order to get traditional sounds from them. He became known throughout Mississippi for his arrangement of the song "This Train." Recalling the Scripture about the Lord's train, he decided to build the lyrics around the idea of God's train and mimicked the sounds of the railroad yards where he used to work. In the song, Wilson added the shuffling locomotive sound of a train, alternating his singing with "letting the train run" on the harmonica.

He went home to Mississippi after his wife died in 1976, and returned to his original church, The Church of the Living God. Among the people Wilson met when he returned to Mississippi was Ruth, a woman who had attended a revival run by Wilson in 1935. Although they didn't know each other back then, they became friends in 1977 and later married.

Back in Mississippi, Wilson also reunited with Reverend Leon Pinson, a blind guitar player with whom he had traveled the "brush arbor circuit" of rural churches decades earlier, preaching and playing religious-inspired music. The men resumed traveling and performed together all over the country. Beginning in the early 1990s, Elder Wilson worked as the presiding elder for a group of Holiness churches in eastern Mississippi. When not visiting his churches, he participated in services at other churches, where he sometimes played harmonica or preached sermons.

Bibliography
Young, Alan. Woke Me Up This Morning: Black Gospel Singers and the Gospel Life. Jackson: University Press of Mississippi, 1997.

Elder Roma Wilson and his harmonica, 'Ain't It A Shame,' This Train, 1995, Arhoolie CD 429
www.arhoolie.com

Elder Roma Wilson and his harmonica, 'Give Me My Flowers While I Live,' This Train, 1995, Arhoolie CD 429
www.arhoolie.com

Elder Roma Wilson and his harmonica, 'Get Away Jordan,' This Train, 1995, Arhoolie CD 429
www.arhoolie.com

Elder Roma Wilson and his harmonica, 'This Train Is A Clean Train,' This Train, 1995, Arhoolie CD 429
www.arhoolie.com