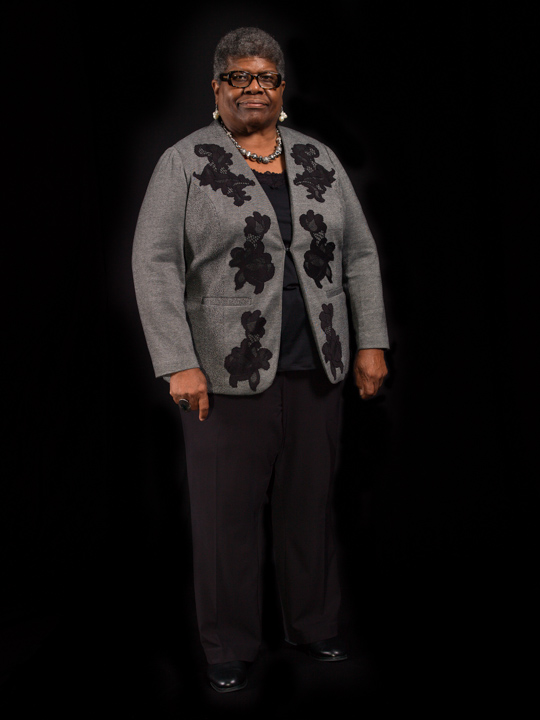 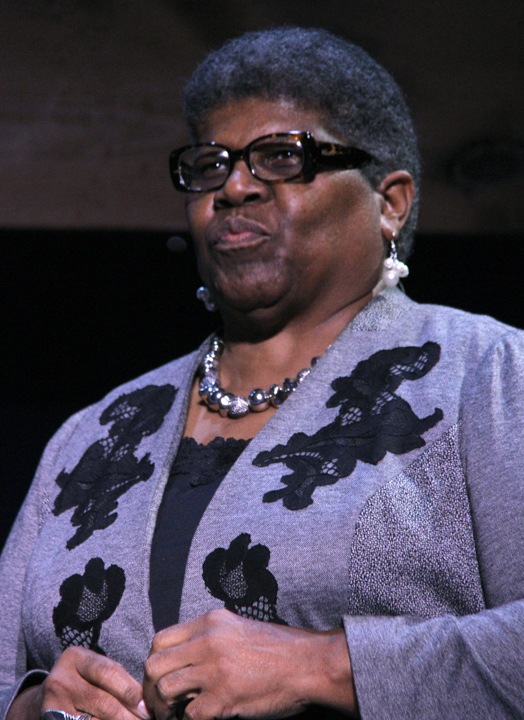 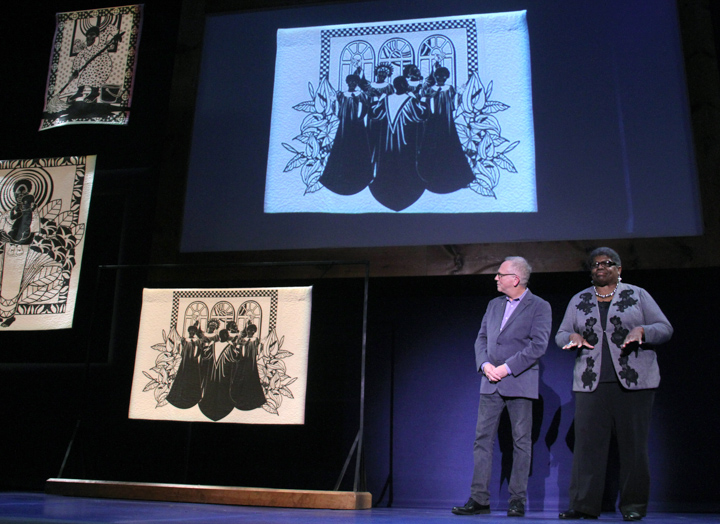 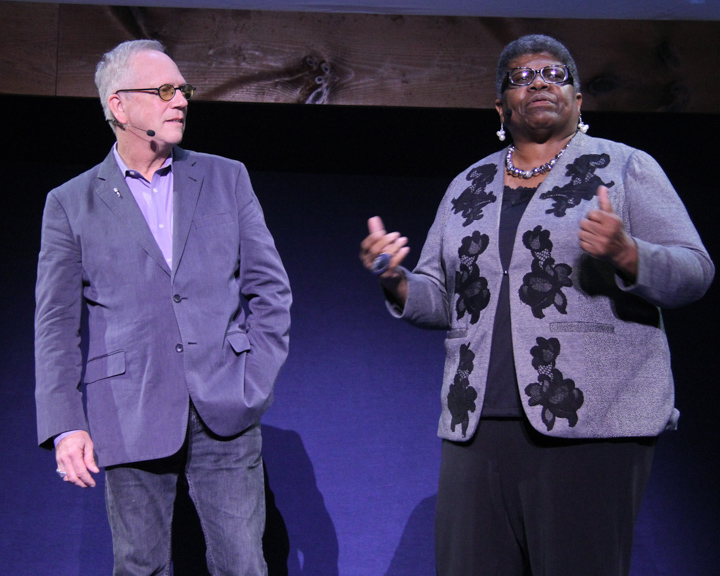 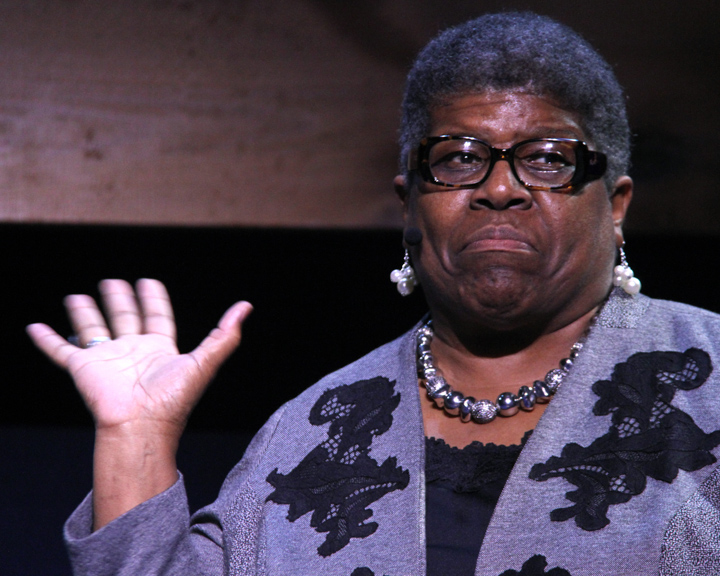 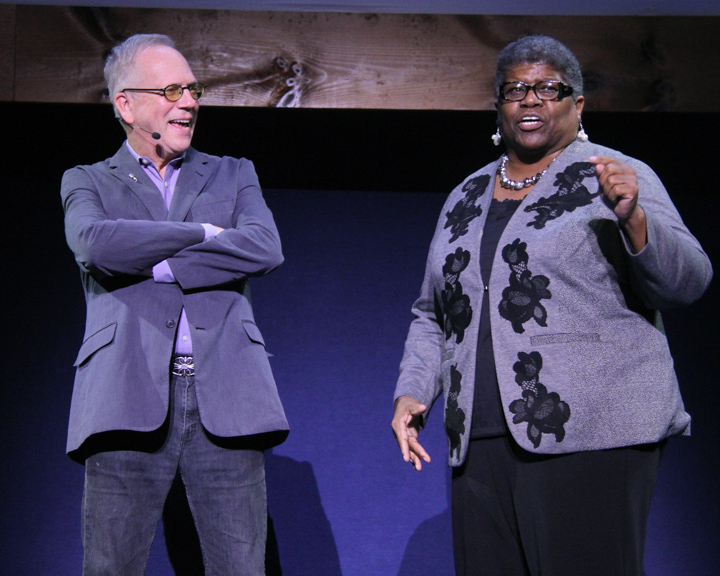 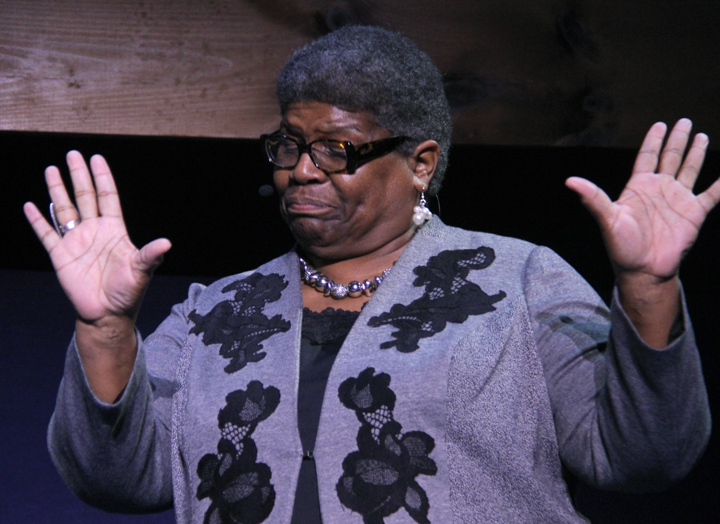 Carolyn Mazloomi was born into a family of amateur artists in Baton Rouge, Louisiana. An aunt’s juke joint provided an exposure to the African American music that has been a strong influence, though she says that the common understanding of African American quilts as improvisational, like jazz, oversimplifies the form’s breadth and variety.

Mazloomi earned a doctorate in aerospace engineering from the University of Southern California and worked as a pilot and Federal Aviation Administration crash site investigator. (She’s now retired.) She became interested in quilting in the early 1970s and, in 1985, founded the Women of Color Quilter’s Network, now 1,700 strong, which has been recognized by the International Labour Department in Geneva and the United Nations for its developmental programs to help advance women. “It is my life’s work to carve out a niche in African American quilt history in America, so everything has fallen into place,” she told an interviewer.

In addition to heading the network, writing books and curating exhibitions, Mazloomi creates her own quilts, which have been widely shown. “Quilts are metaphors for love and family, for covering and protecting, for warmth and security,” she says. She says her quilts emerge organically as she creates them and calls them “visual stories which deal with subject matter I find interesting and touch my spirit.” Her quilt “Ain’t Gonna Let Nobody Turn Me Around” was inspired by the Bloody Sunday march in Selma, Alabama, in 1965, and is dedicated to Congressman John Lewis, who was among those beaten that day. She was among six artists commissioned to create artwork for the National Underground Railroad Freedom Center Museum in Cincinnati, Ohio, and curated its sweeping traveling exhibit And Still We Rise: Race, Culture and Visual Conversations, which chronicles 400 years of black life in America. The quilters' network earned a $30,000 NEA grant to support a book about the exhibition.

In 2003, Mazloomi became the first recipient of the Ohio Heritage Fellowship for community leadership, designating her as a living cultural treasure. Among her many other honors is a 2014 lifetime achievement award from the Anyone Can Fly Foundation, which aims to increase recognition of African Americans within the national artistic community.

Teaching young people quilting in the digital age is difficult, and funding is a struggle, she says, but she finds signs of encouragement, such as a quilters’ network program in South Carolina. “It’s amazing the ideas that come from these young people’s minds,” she says. “So there’s a glimmer there. There’s a glimmer into what could possibly be the future if we could expand on that and give the kids the proper tools.”

Carolyn Mazloomi talks about her childhood and how she got into aerospace engineering. Interview by Alan Govenar, Washington, D.C., 2014

Carolyn Mazloomi answers the question 'When did you develop your interest in traditional culture?' Interview by Alan Govenar, Washington, D.C., 2014

Carolyn Mazloomi answers the question 'What kind of quilts do you make?' Interview by Alan Govenar, Washington, D.C., 2014

Carolyn Mazloomi answers the question 'What do you think is the importance of this tradition?' Interview by Alan Govenar, Washington, D.C., 2014