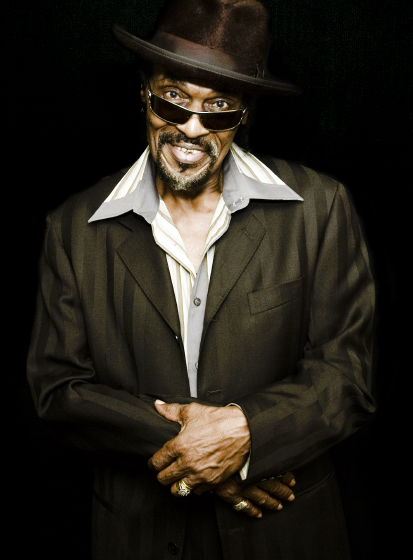 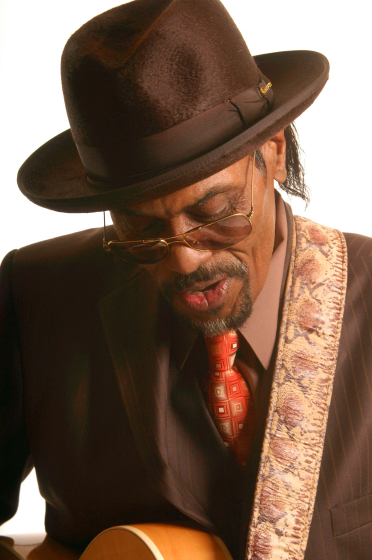 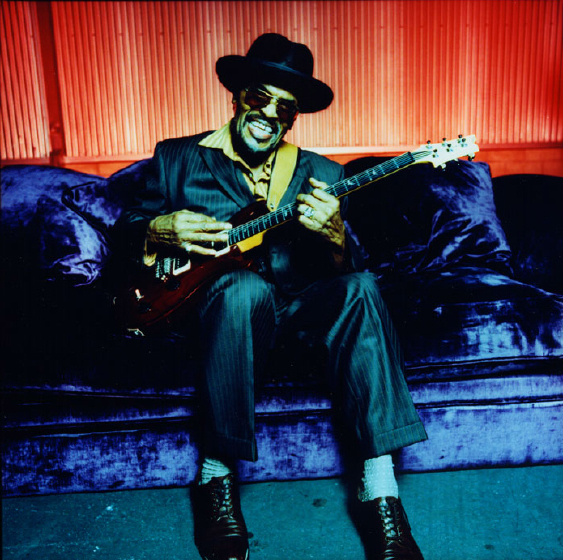 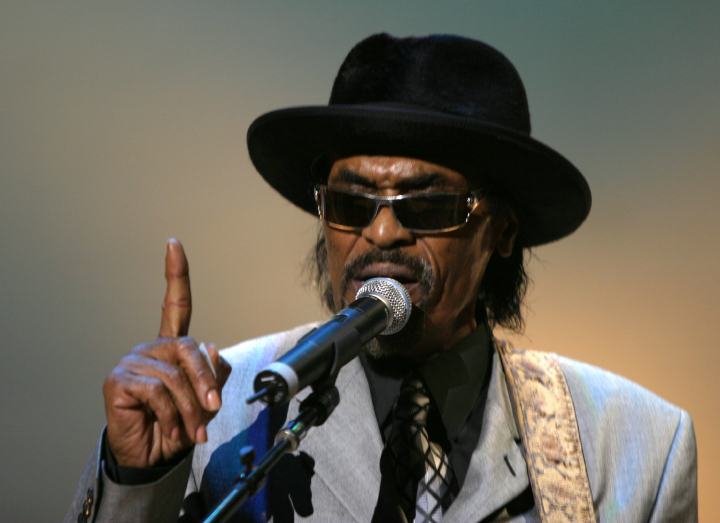 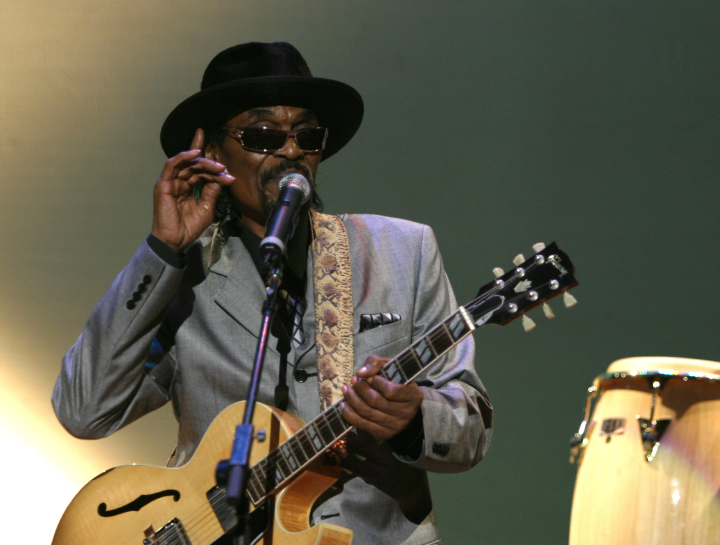 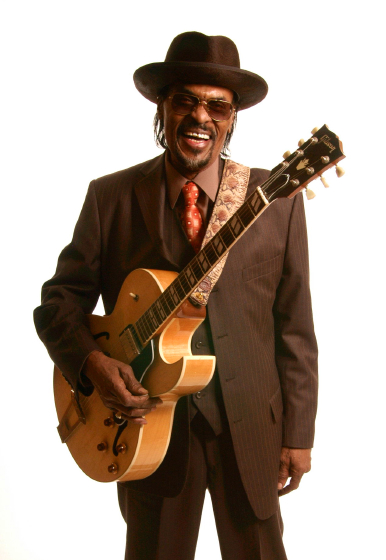 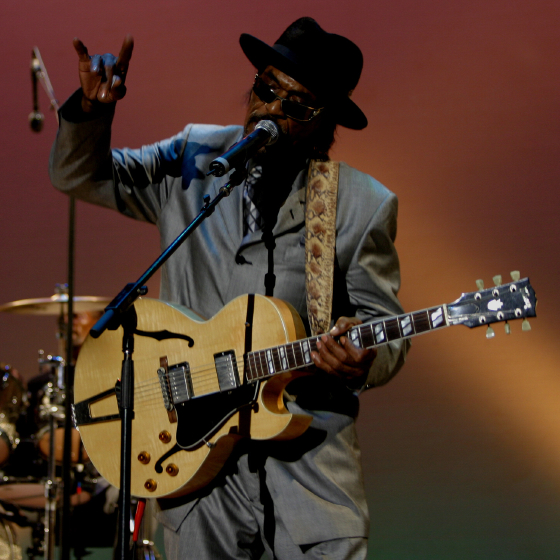 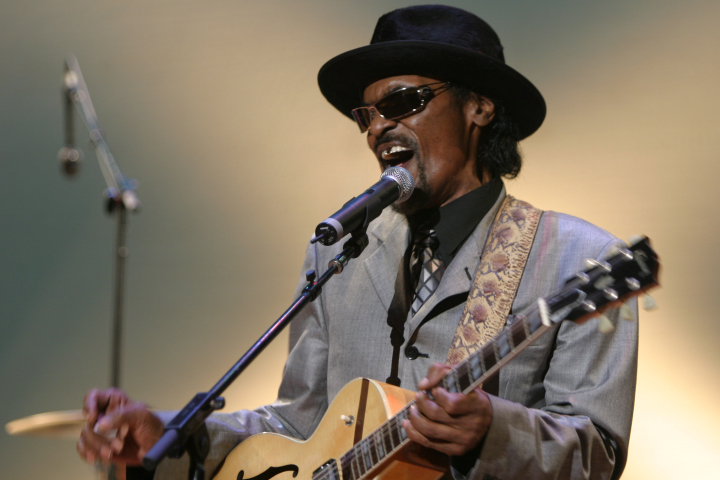 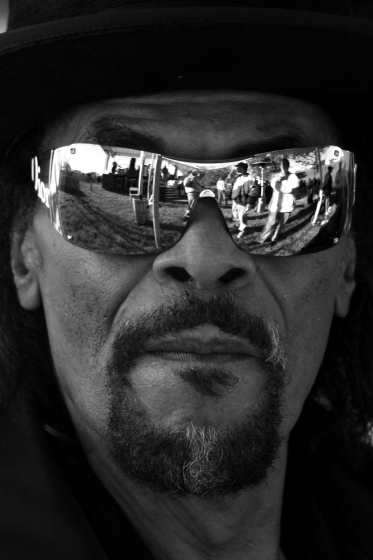 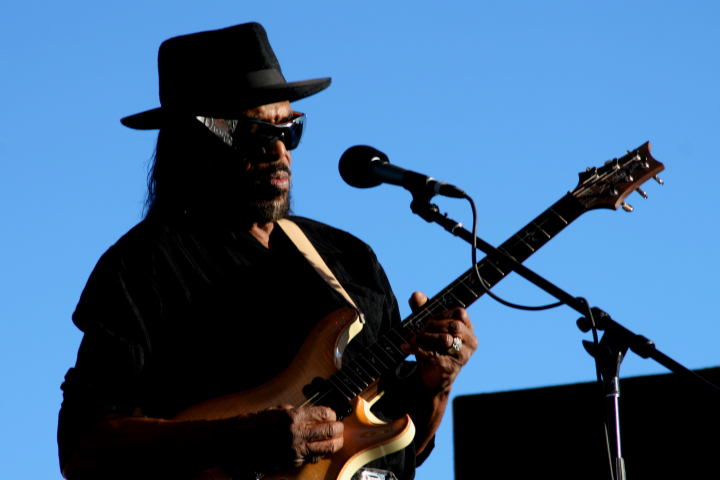 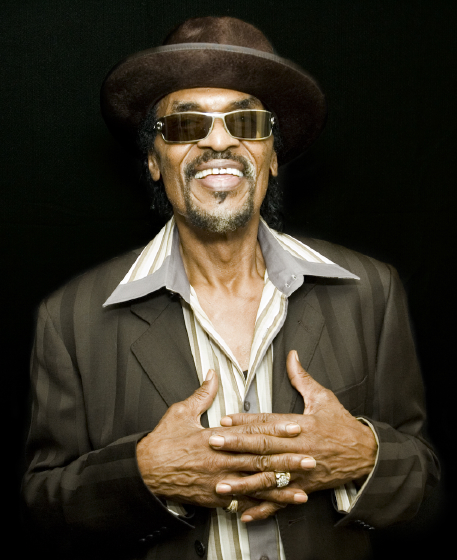 Chuck Brown is known as the “Godfather of Go-Go,” a music that blends rhythm and blues, funk, soul, Afro-Caribbean elements,and jazz and is identified strongly with the District of Columbia, where Brown has lived most of his life, though he was born in North Carolina.

“When I was a kid, I used to play a little piano for the church, and I used to listen to the country people that sat on the porch and played music,” Brown told NEA interviewer Mary Eckstein. “I’ve always done a little singing. I was inspired by people like B.B. King, Muddy Waters, John Lee Hooker and Lightnin’ Hopkins and, of course, guitarists like George Benson, Wes Montgomery and Kenny Burrell. The more I listened to them, the more I wanted to play guitar! When I was about 25, I finally got into that. The next thing you know, I was out there doing gigs with different bands.”

In the early 1960s, Brown played with Jerry Butler and the Earls of Rhythm. In 1965, he joined Los Latinos, which played pop music with a Latin flavor. He replaced a keyboard player, which forced him to grow as a guitarist. A few years later, Brown formed his own group, the Soul Searchers, which in 1971 recorded the single “We the People.” In 1978, the group’s album Bustin’ Loose spawned a hit single of the same name and gave Go-Go music national exposure for the first time. His mid-1980s album Go Go Swing was released internationally, giving the music a wider following and leading to concert tours abroad.

“I started breaking the tunes down,” Brown said of the creation of Go-Go. “We were doing twenty-five to thirty tunes a night, so we started playing the percussion ingredients, the same Latin flavor that I had when I was with the Los Latinos. Everybody started liking that, and that way we didn’t have to play as many disco tunes. We slowed it down, broke the beat down to about sixty beats a minute, and everybody loved it. Then I wrote a tune called 'Bustin’ Loose,' and we played it for almost a year and a half before we decided to record. It was released, and the rest is history. Everybody jumped on it.”

In a letter supporting Brown’s nomination for a National Heritage Fellowship, ethnomusicologist Kip Lornell said of Go-Go, “Its roots are firmly planted in traditional African-American and West African performance practices. Go-Go enjoys exceptional community and racial support; this music is so ‘black’ that most white Washingtonians are only vaguely aware of its existence.”

Brown and his music have attained wider acclaim, however. In 2000, Go-Go was featured at the Smithsonian Folklife Festival, and Brown was presented with the District of Columbia’s Mayor’s Arts Award for his pioneering contributions to the music of the city. At the 2005 opening game for the Washington Nationals baseball team, Brown sang “Bustin’ Loose” and “Take Me Out to the Ball Game” during the seventh-inning stretch.

Chuck Brown answers the question 'How have you incorporated other styles into existing songs?' Arlington, Virginia, 2005, interview by Alan Govenar

Chuck Brown answers the question 'What do you need to play Go-Go?' Arlington, Virginia, 2005, interview by Alan Govenar