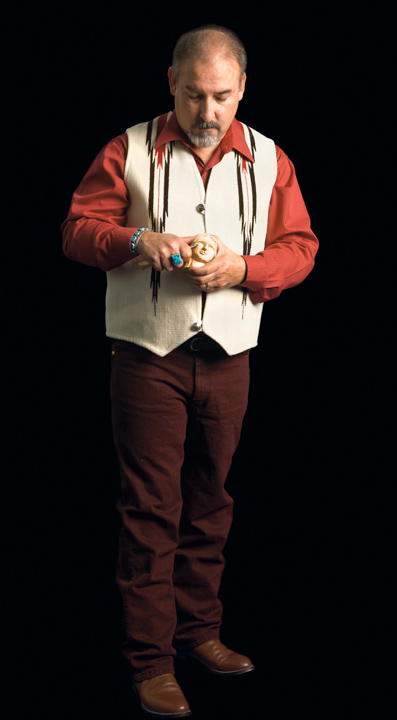 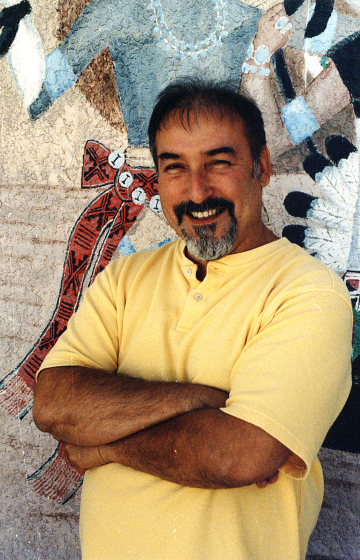 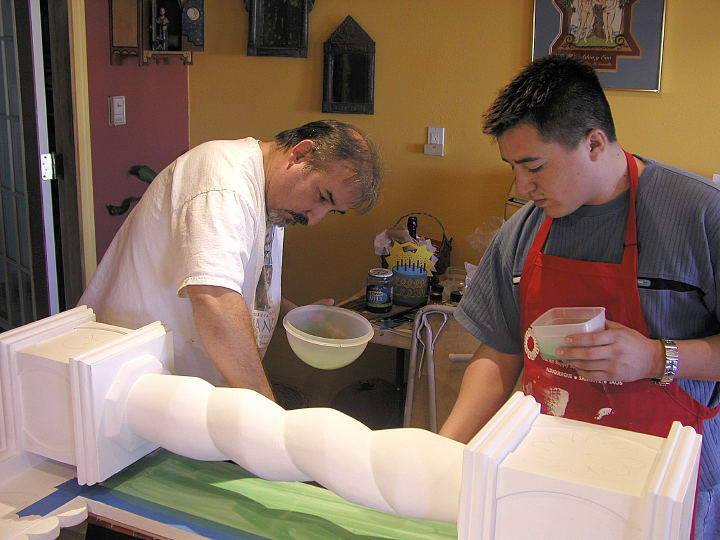 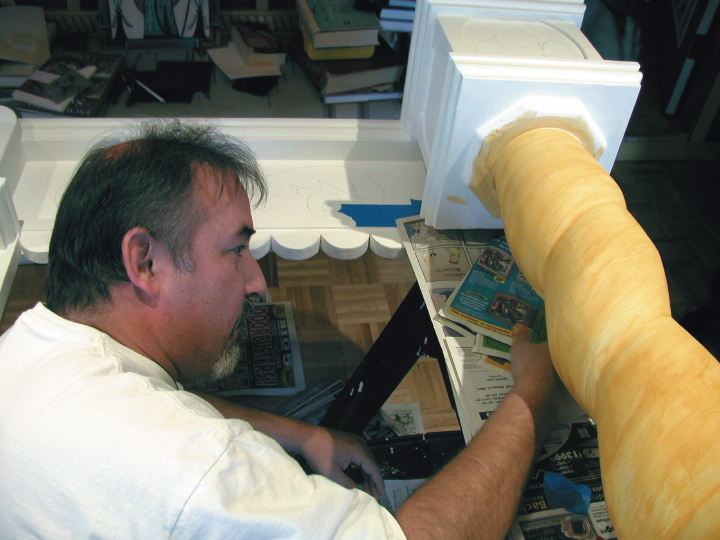 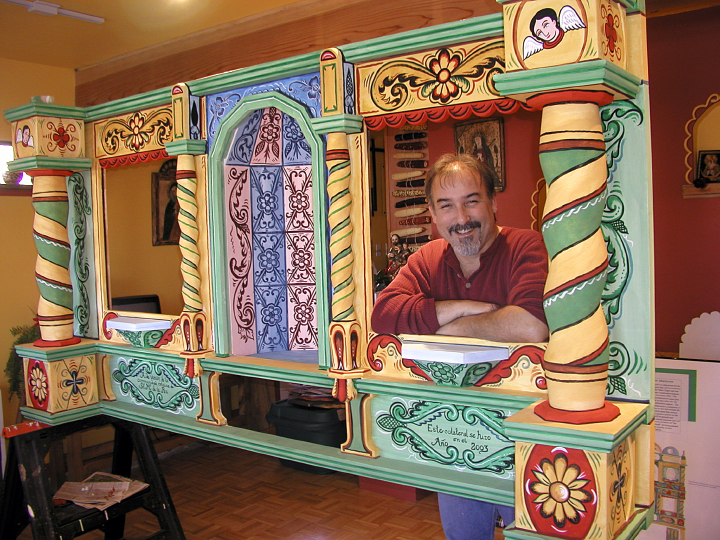 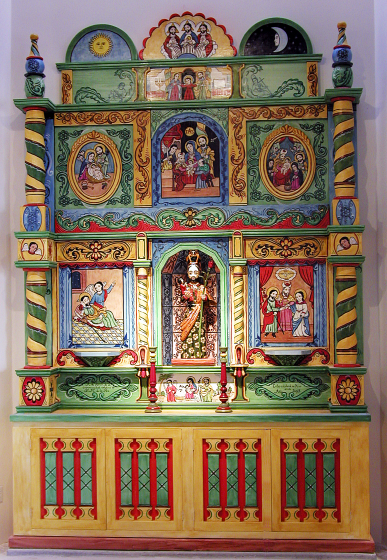 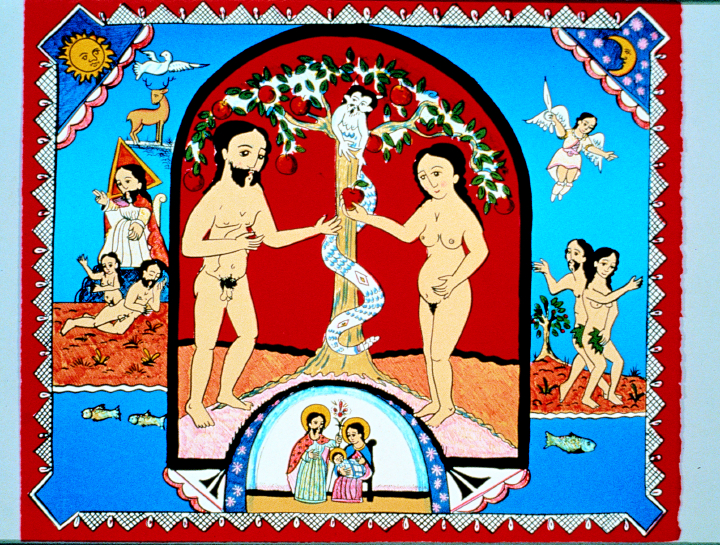 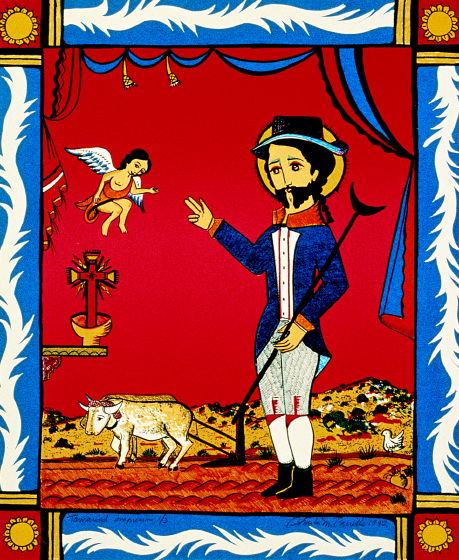 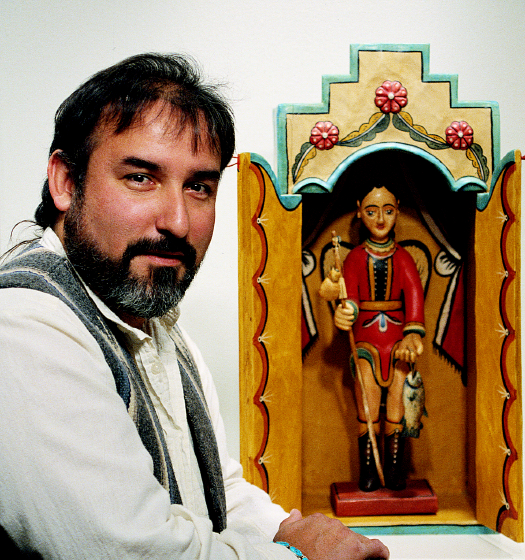 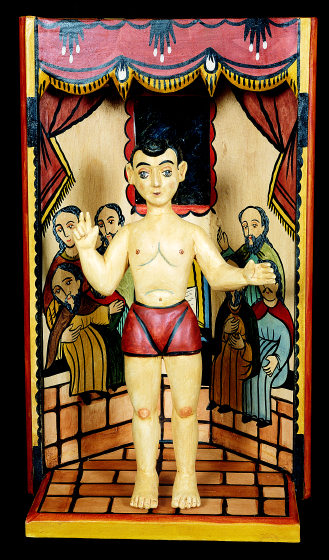 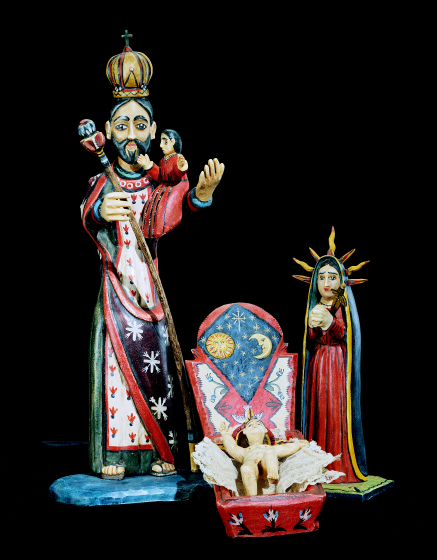 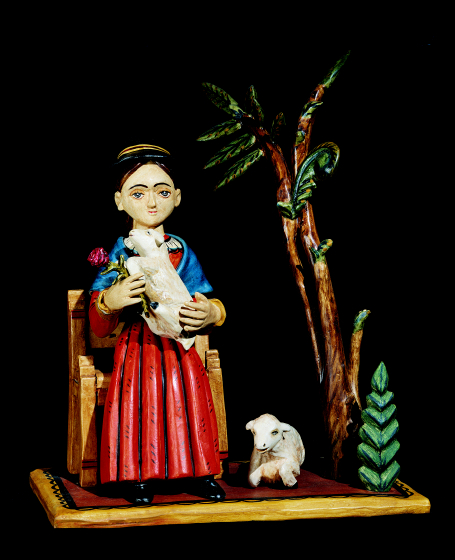 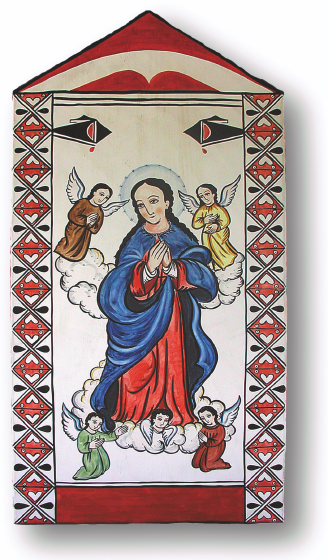 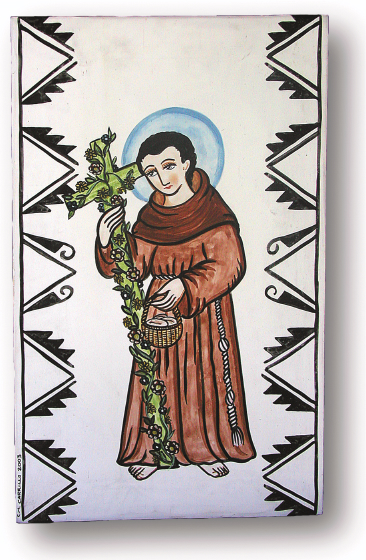 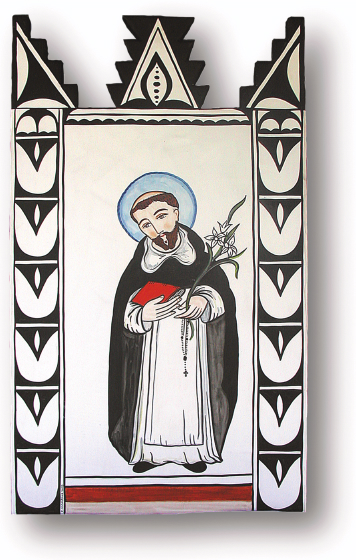 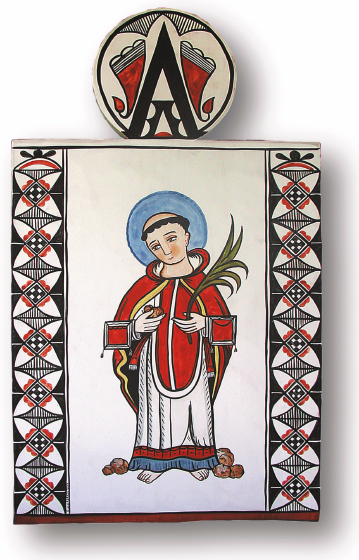 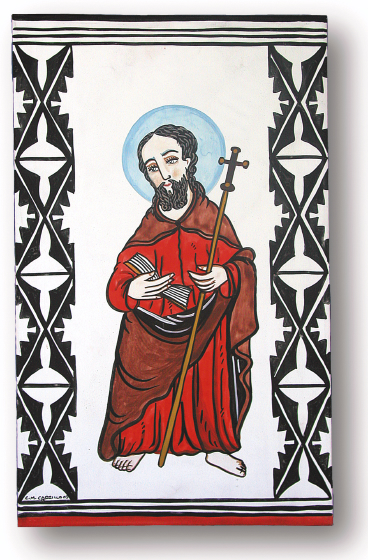 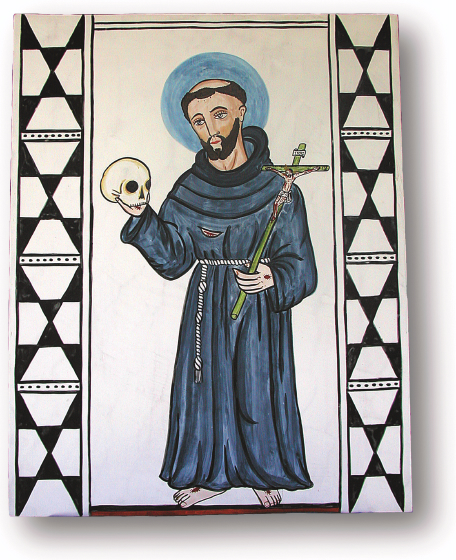 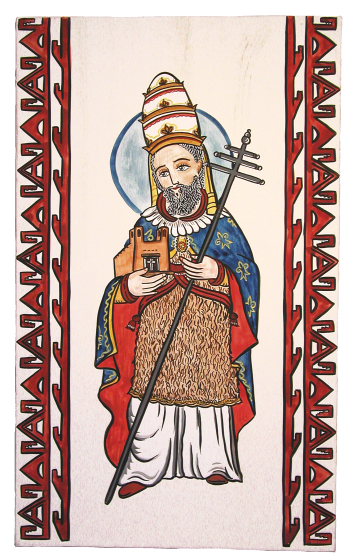 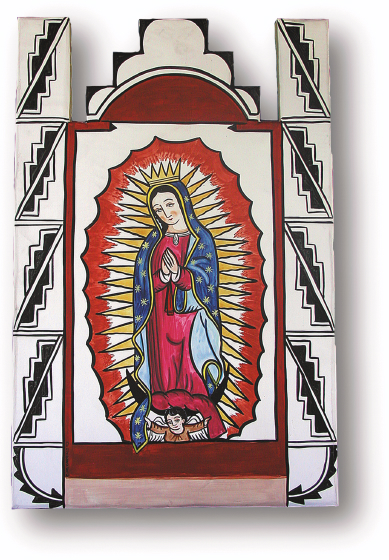 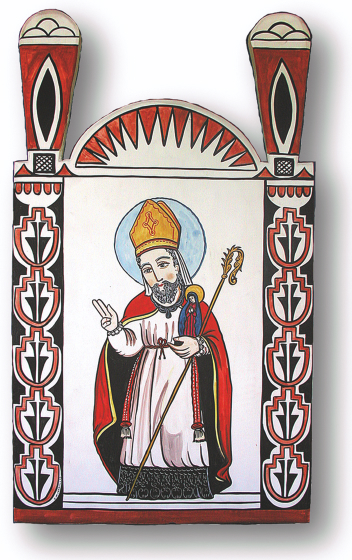 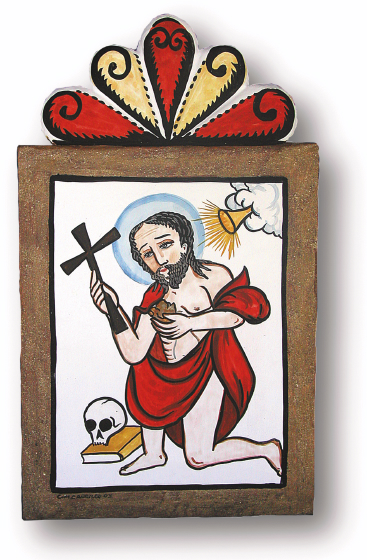 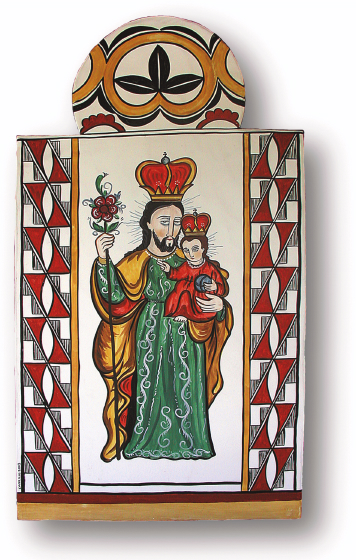 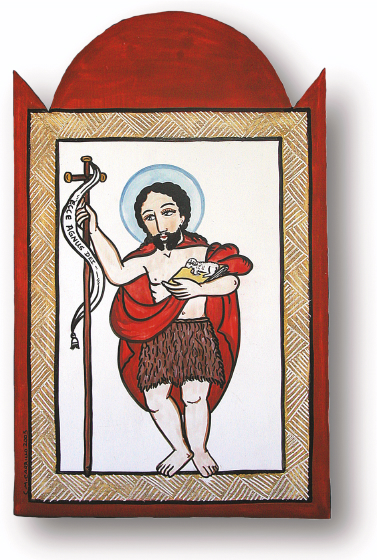 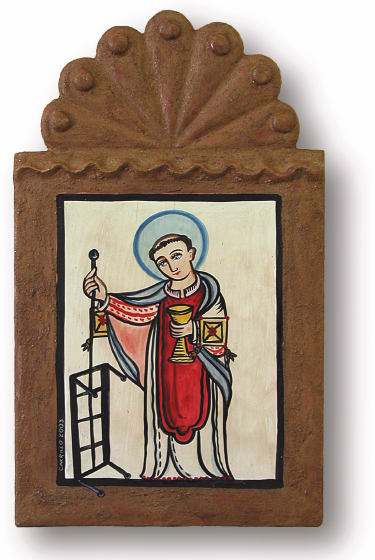 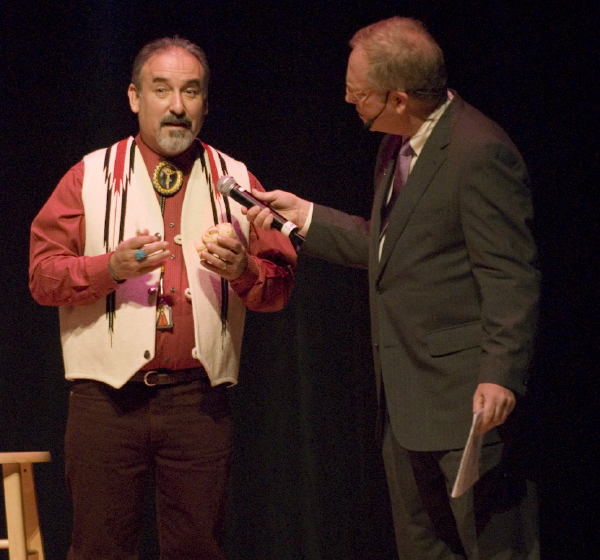 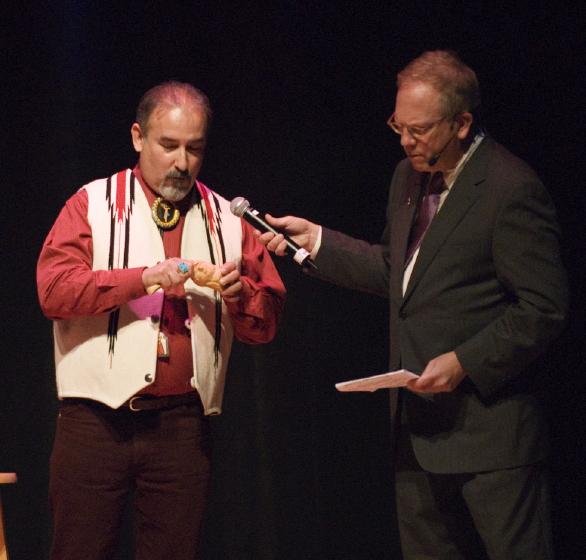 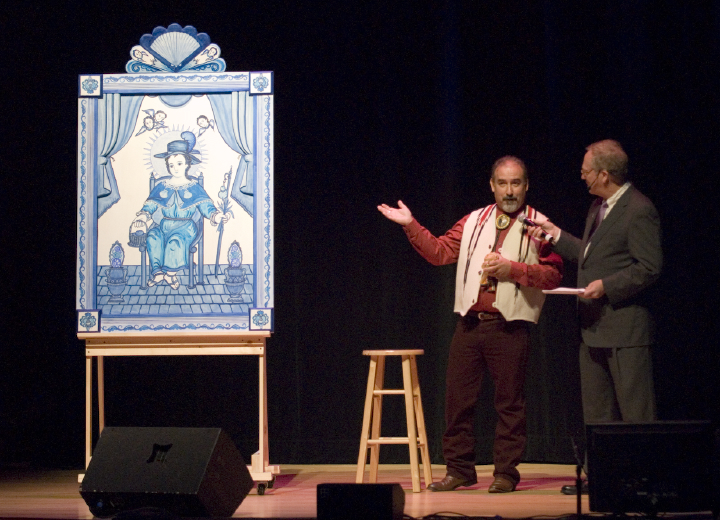 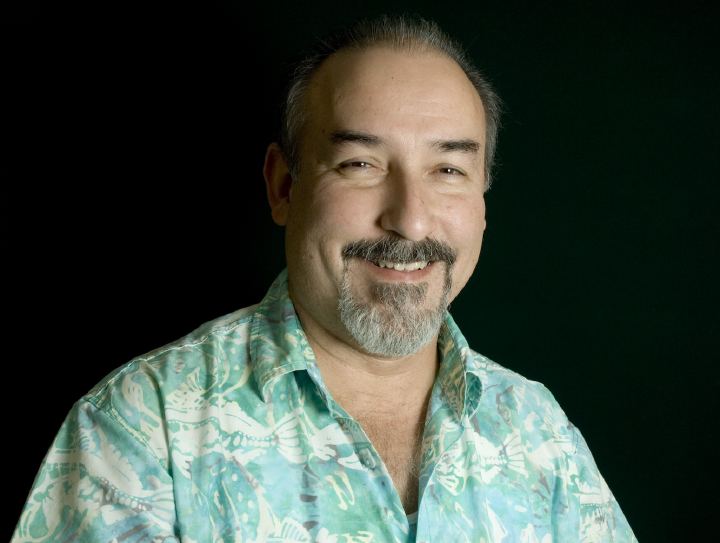 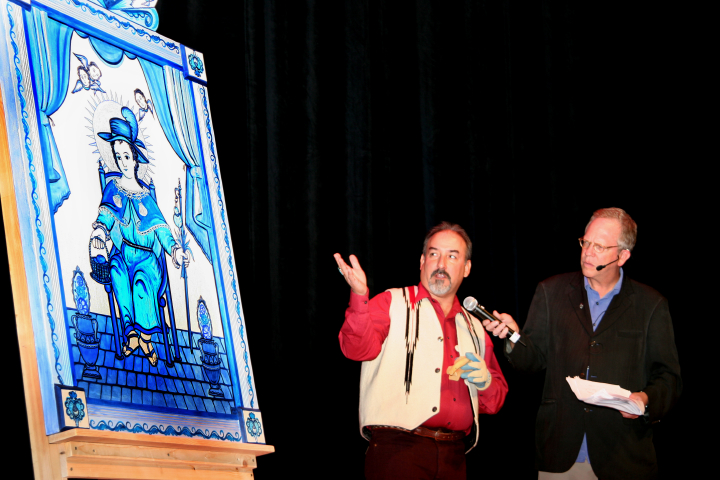 Charles Carrillo's interest in archaeology led him to his life’s work as a santero, a carver and painter of images of saints. While studying archaeology at the University of New Mexico, he helped with a project in the Spanish village of Abiquiú, made famous by the artist Georgia O’Keeffe.

“Because I was interested in Spanish colonial archaeology, I began doing research there, and as I read through documents I was fascinated with all the references to santos,” the New Mexico native told NEA interviewer Mary Eckstein. “And because the ruins of Santa Rosa de Lima de Abiquiú Church are there, I decided one day to paint an image of her [Saint Rose of Lima] based on a historic picture I had seen of her from New Mexico. That got me started. And before I knew it, I was painting for people in the community and just giving things away. This was in 1977. In 1978, I got married up there – my wife is from Abiquiú. And the interest grew and grew and grew.”

While working on a doctorate in historic archaeology at the University of New Mexico, Carrillo began attending the annual Spanish Market in Santa Fe. “Everybody at Market at that time was using commercial pigments, not natural, homemade ones, and I thought there was something wrong with that,” he said. “So began my quest, my constant research on what the traditional New Mexico saint makers were using for materials and where they were getting their colors and how they produced them. I’ve written and published numerous articles in books and magazines on this. I can honestly say I’m the guy, along with maybe two other people, who has reinvented the wheel here. I’ve been the one pushing for the reintroduction of traditional pigments and other traditional elements. As I said, twenty-five years ago at Market, very few people were using natural pigments, natural homemade varnishes, natural production methods of hand-daubing the wood or using cottonwood root for carving, and so on. Now it’s the norm, the standard.”

In addition to his work as a santero, which he describes as a vocation rather than a job, Carrillo teaches at the University of New Mexico, works with the artists-in-residence program for the state of New Mexico and conducts workshops at schools throughout the state. “At one point I figured out I had seen over 17,000 young students,” he said. “More than three-quarters of the santeros at the Spanish Market now either have either been my students, worked with me or have taken classes from me. That’s where my life has been. My life has been promoting the tradition.

“Even if the kids never do artwork, I truly believe that they get an appreciation for the culture and the traditions. The saints were made for one purpose and one purpose only: to tell stories. We see them as artwork nowadays, but historically they were made to tell stories to pass along values and morals and religious philosophies. I think it’s important that kids of different faiths, different backgrounds — whether they’re Jewish or Buddhist or Muslim or even Protestant — get an appreciation for the longevity of the tradition in New Mexico and get an understanding of a people’s culture and tradition.”

Charles Carrillo answers the question 'What was your first experience with art?' Bethesda, Maryland, 2006, interview by Alan Govenar

Charles Carrillo answers the question 'How did you learn about making santos?' Bethesda, Maryland, 2006, interview by Alan Govenar

Charles Carrillo answers the question 'What are the different styles of santos?' Bethesda, Maryland, 2006, interview by Alan Govenar

Charles Carrillo answers the question 'What do you love about making art?' Bethesda, Maryland, 2006, interview by Alan Govenar