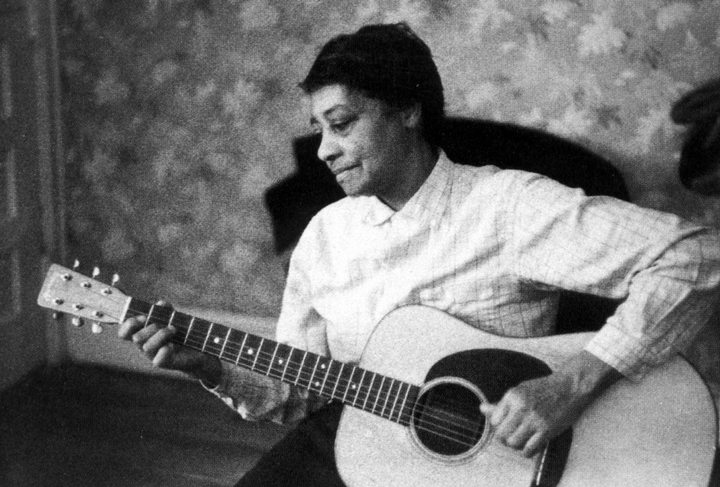 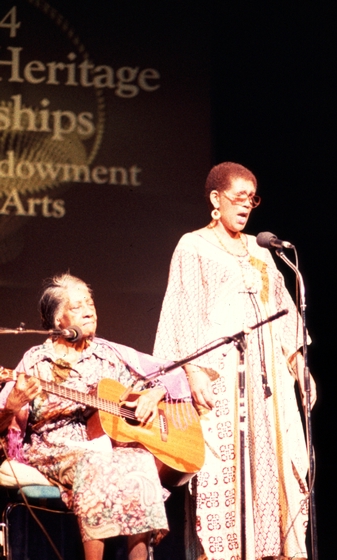 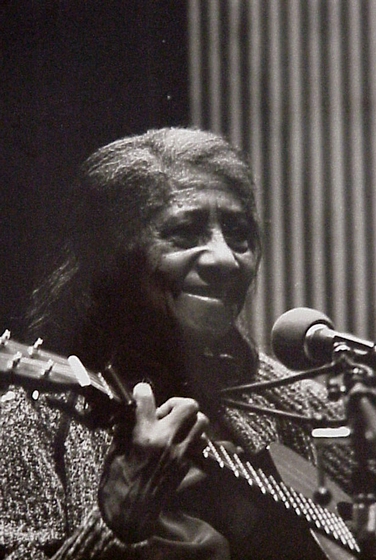 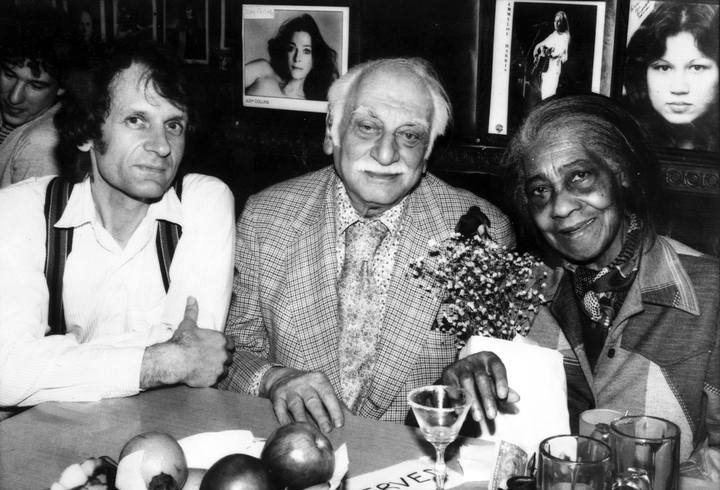 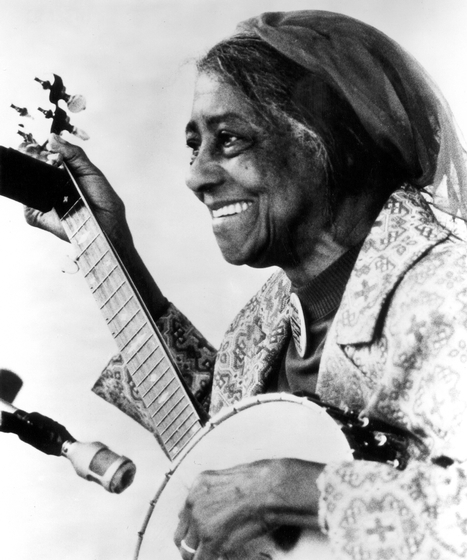 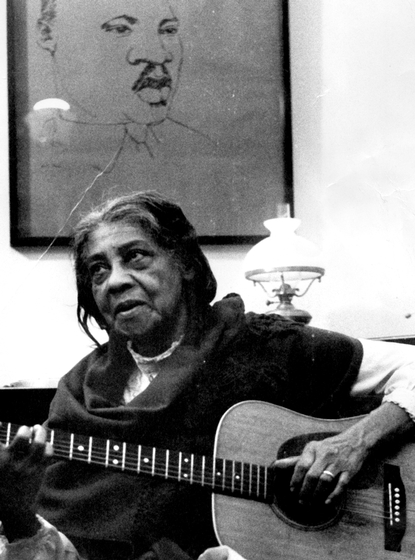 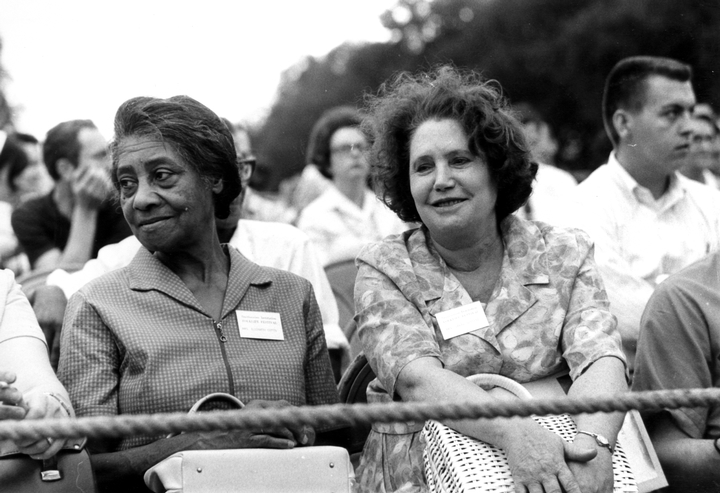 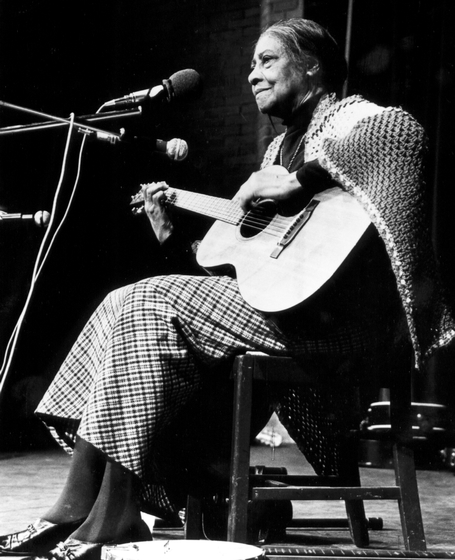 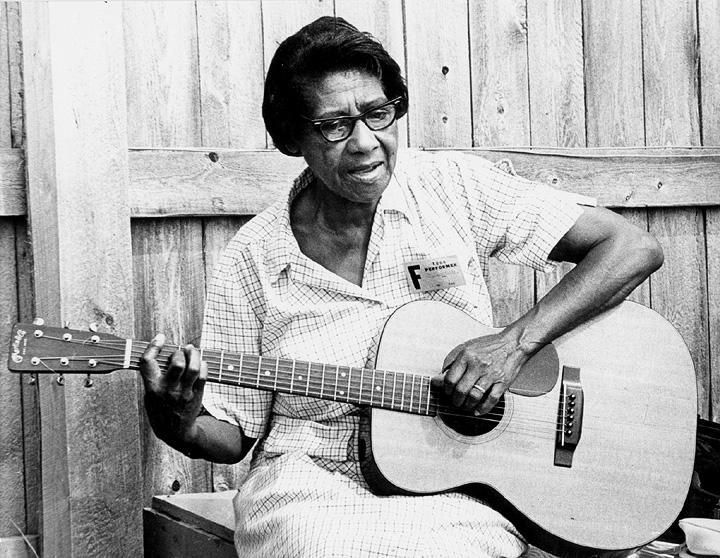 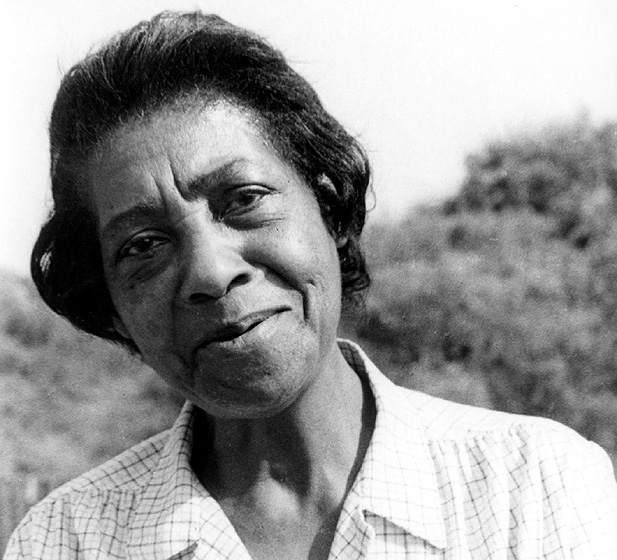 When Elizabeth "Libba" Cotten was growing up near Chapel Hill, North Carolina, she liked to pick out tunes on her brother's banjo. Like him she was left-handed, so she held the banjo upside down to fret with her right hand.

At 9 years old, Cotten was forced to leave school and work as a domestic in the homes of white people. When she was 12, she had a live-in job in Chapel Hill, earning a dollar a month that her mother saved to buy her first guitar, a Stella. Cotten taught herself to play, first laying the instrument flat on her lap and picking one string at a time. Later, she began to master chords, picking the guitar upside down, as she had the banjo.

By the age of 14, Cotten was able to perform a relatively large repertoire of rags and dance tunes, some of her own composition, all decorated with her distinctive lyrical musicality. She often stayed up into the night playing her guitar and didn't cease until her mother woke up and scolded her to go to bed.

In her teens, she experienced a religious conversion, and the deacons of her new church encouraged her to stop playing "worldly" music because that was "for the devil." At first, it was difficult for her to "put down her instrument," but her commitment to the church was firm, and she honored their request and stopped playing the guitar for almost fifty years.

Marrying Frank Cotten helped her stop playing because she was busy being a new wife, keeping house and becoming a mother. To supplement their income, she took in washing and ironing. All these things kept her busy, and eventually she forgot about the guitar.

In 1943, Cotten moved to Washington, D.C., to be near her grown daughter when her baby was born and to help care for her family. In addition to regular cleaning jobs, Cotten sold dolls in Lansburgh's department store during the holiday rush. One of her customers, Ruth Crawford Seeger, was so taken with the gentle way Cotten interacted with the Seeger children in the store that she offered to hire her. After the holidays, Cotten left the store and began working for the Seeger family. Ruth and her husband, Charles, were composers, and virtually everyone in the family, including Ruth's stepson Pete Seeger, was musical. Naturally, there were musical instruments in the Seeger home, and it was there that Cotten resumed playing the guitar. One day the Seegers heard her and asked her to teach them the song she had been playing. It was "Freight Train," a "make-up" song Cotten had written for a family gathering when she was only 12 years old.

"We used to go over to the railroad track and play," she said. "We'd take straight pins, lay them on the railroad track and make little alphabets out of them. We'd know just about the time when the train was either coming or going, and the train would run over the pins and mash them together, stick them right together, and we'd have a little box of alphabets of pins.... After that, me and my brother, we'd have to cut wood. We would each have a song, he had his and I had mine. We used to sing about trains. That was the beginning of me writing 'Freight Train,' right about then. That was a long time ago...."

Cotten credited the Seegers for helping her to rediscover playing and singing. Initially under their sponsorship, she performed in concerts and at festivals nationwide and made several recordings.