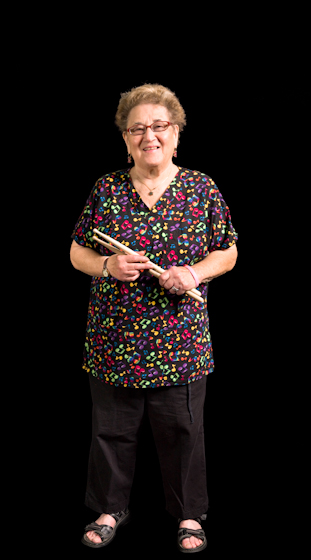 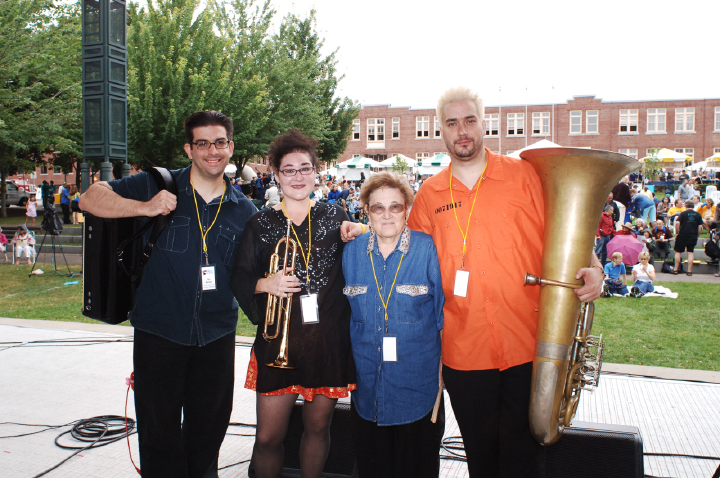 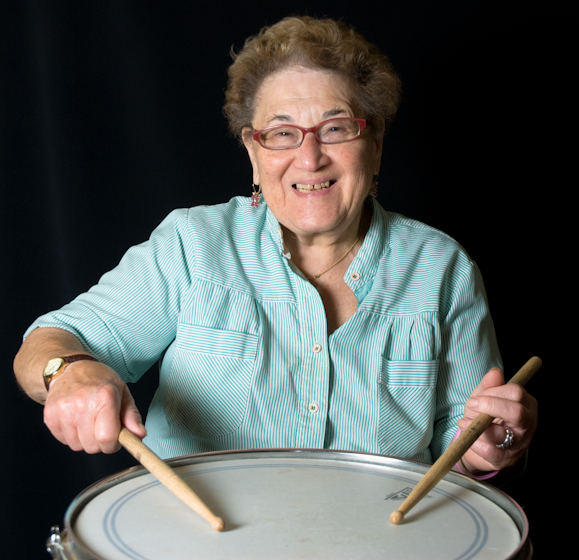 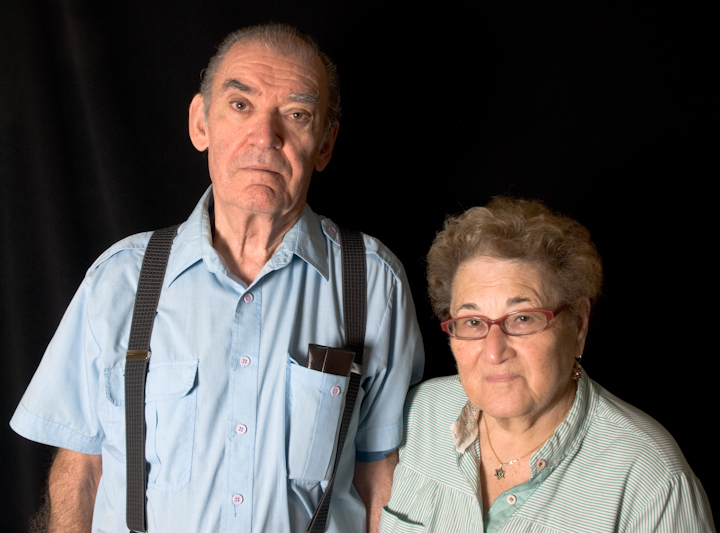 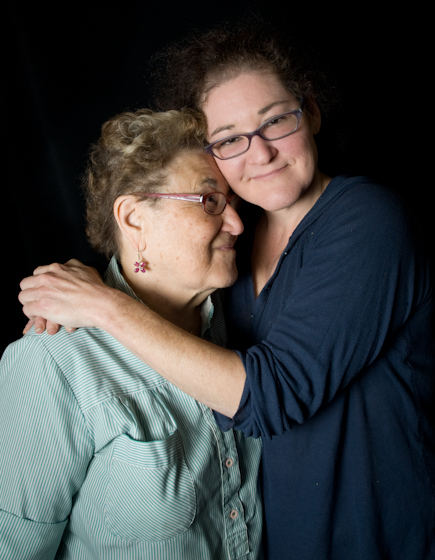 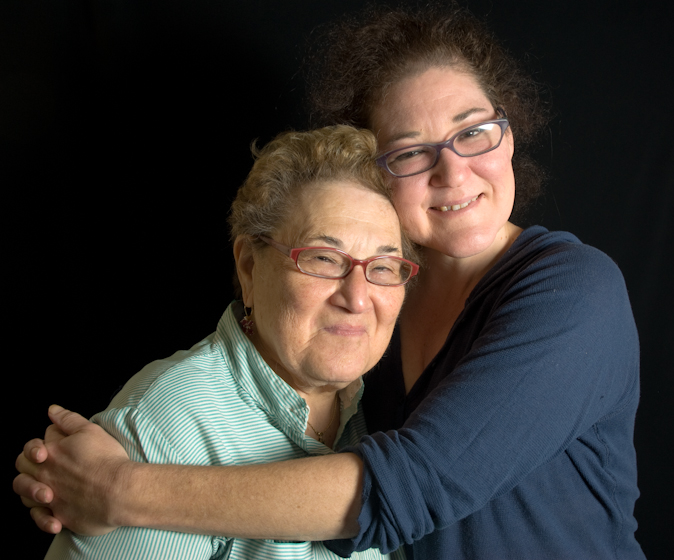 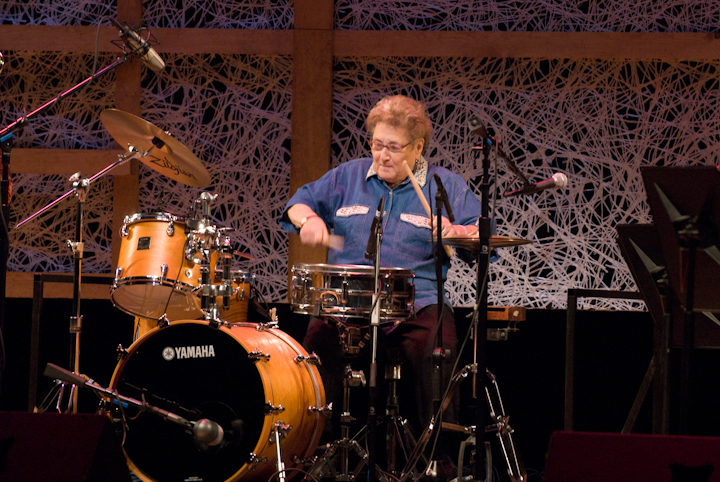 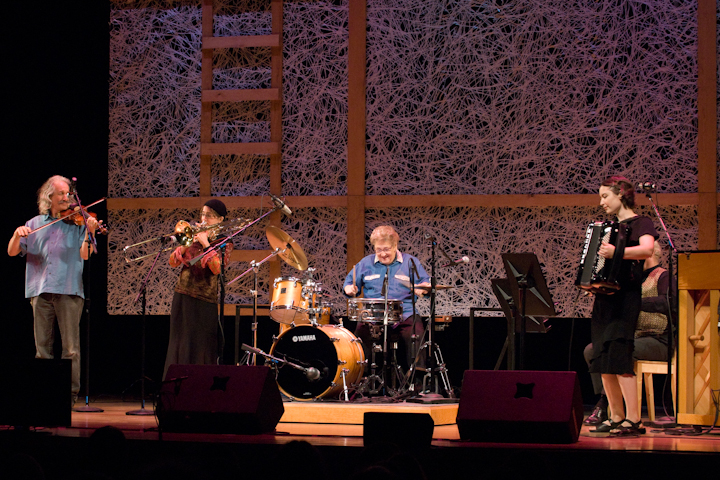 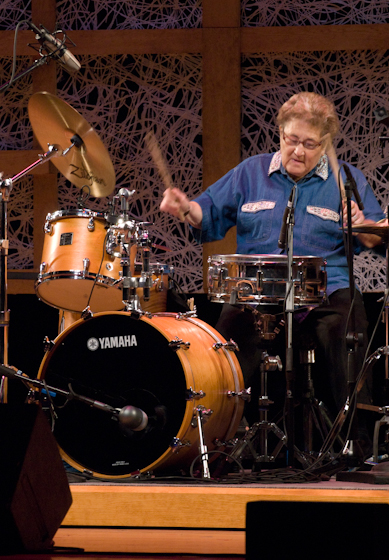 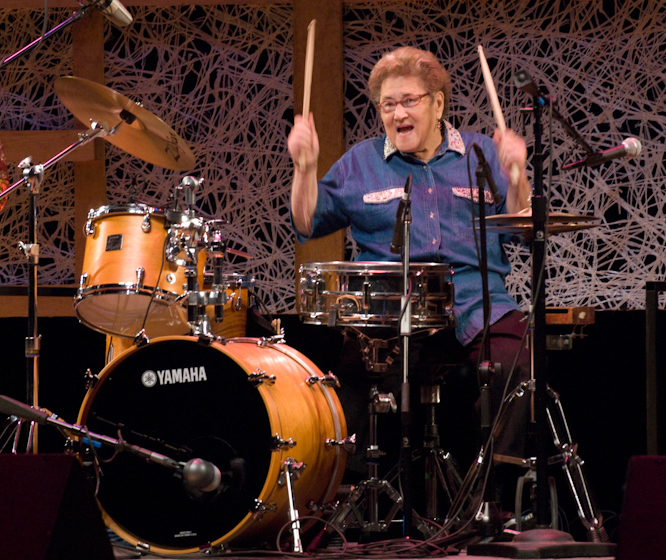 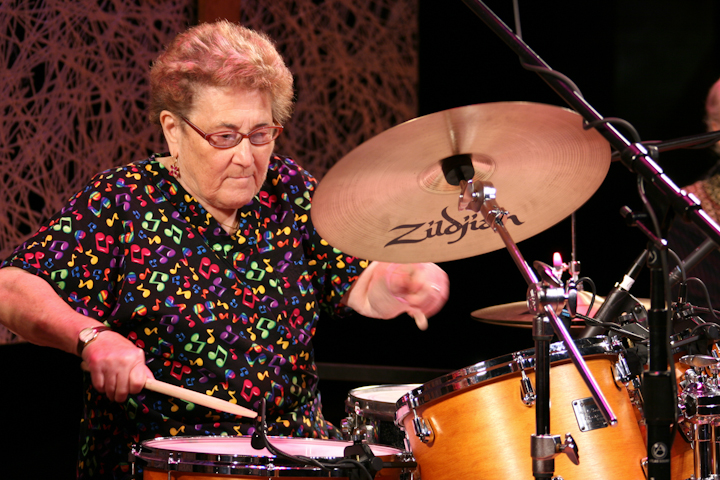 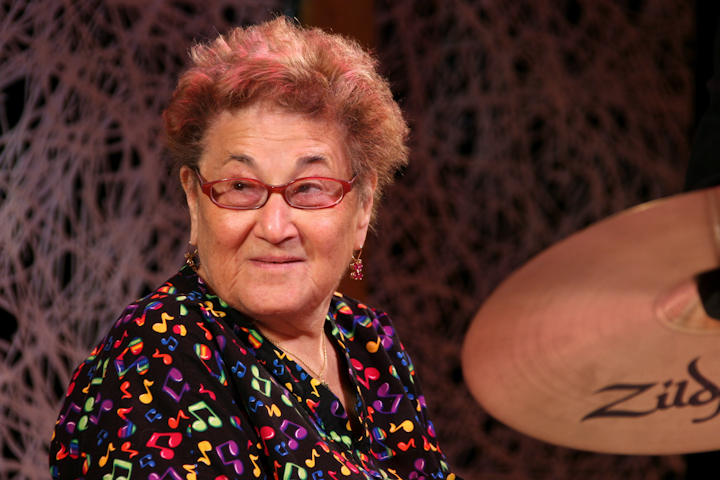 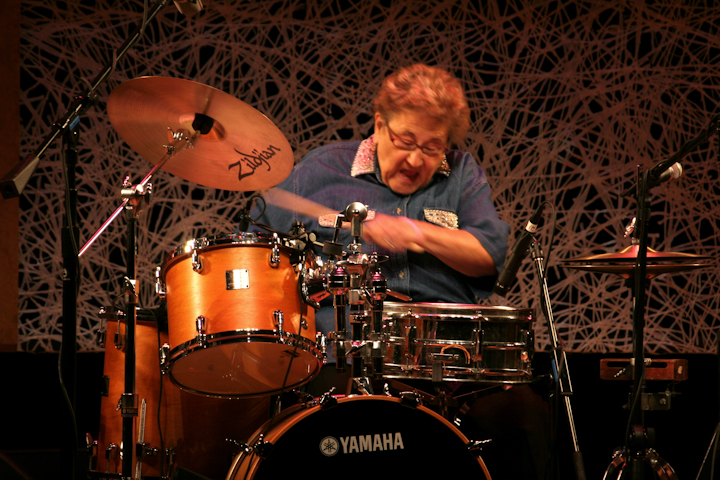 Elaine Hoffman Watts comes from a family of Russian immigrant klezmer musicians. Growing up in her native Philadelphia, she learned from her father, Jacob Hoffman, a prominent klezmer xylophonist, and from her uncles. Despite her talent, she faced sexism.

“The barriers were tremendous,” Watts told NEA interviewer Mary Eckstein. “Tremendous! The only time I played klezmer at a wedding or bar mitzvah was when my daddy was the bandleader. He played xylophone and I was the drummer. Other than that, no, no, no, no, no.” But she persevered and, in 1954, became the first woman to graduate from the percussion program at the Curtis Institute of Music in Philadelphia. She played with the New Orleans Symphony, with classical ensembles in the Philadelphia area and, according to writer Alexander Gelfand, with Count Basie’s band and other touring groups. But her heart remained in klezmer, the expressive folk music of her people that goes back hundreds of years in Eastern Europe.

“I must’ve been very naïve," Watts told Eckstein. “I just went on my merry way. I was not aggressive. You have to really push at it. I didn’t. I got married, I had three children. I was a very, very good timpanist — I could have made it in a symphony orchestra as a timpanist, but I wasn’t inclined that way or pushed that way. I would’ve had to go out in the boondocks somewhere to start.”

Despite the obstacles, Watts stayed busy, teaching and performing, and got a boost from the klezmer revival that began in the 1970s. And she has passed the music along to her children and grandchildren, notably her daughter Susan, a talented trumpet player. They appear together as The Fabulous Shpielkes.

“You know, many years ago it went from father to son, father to son,” Watts told Epstein. “But in my family, in my case, it went from father to daughter, then mother to daughter. Susan comes by the klezmer naturally. When we do concerts we also do lectures, and Susan will say, ‘What resurgence? It was always there in our house. Pop-pop [Jacob Hoffman] was always playing klezmer on the piano. It never left our family.’

Watts finds a hunger among women to learn the music. “I teach and play at these klezmer camps in the summer, and last year I did a course at KlezKanada, outside of Montreal,” she said. “I said the course was for women whose mothers told them girls don’t play drums. Well, they kept coming out of the woodwork.”

With typical modesty, Watts says her greatest source of pride as a musician is working with her daughter. “She is incredible. She is a talent. You have no idea. Let me explain something. I might be quote/unquote a great klezmer player. I was a great klezmer player sixty years ago, and nobody paid a damn bit of attention to me. Without Susan schlepping me on the jobs here in Philly, nobody would pay any attention to me. It’s only since working with my daughter and going to these klezmer seminars and camps that they say, ‘Oh, look at this old lady. Look how she plays.’ Well, my oldest daughter, Eileen, says, ‘It took the world time to catch up to you, Mommy.’”

Elaine Hoffman Watts answers the question 'Where does the word "klezmer" come from?' Bethesda, Maryland, September 19, 2007