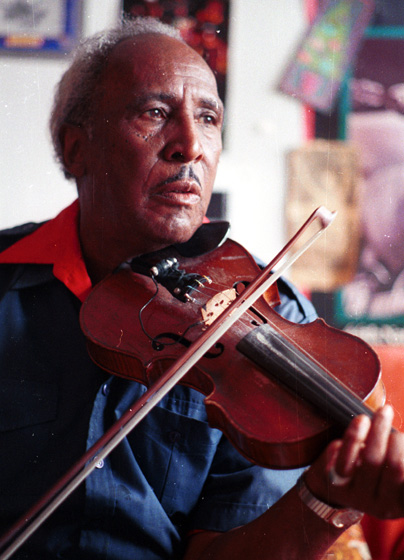 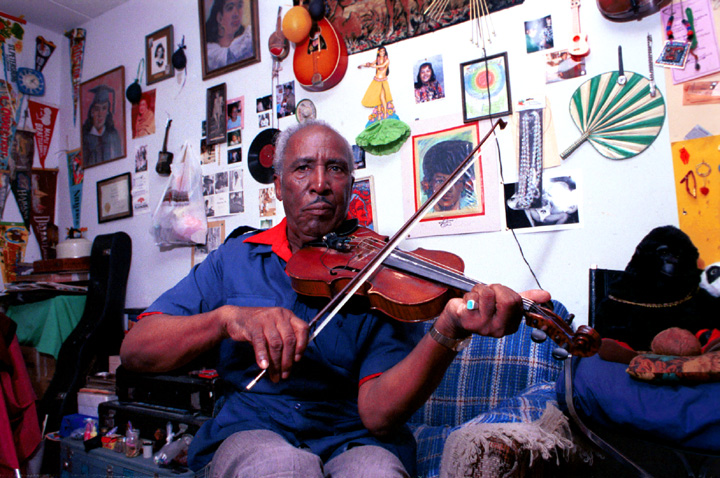 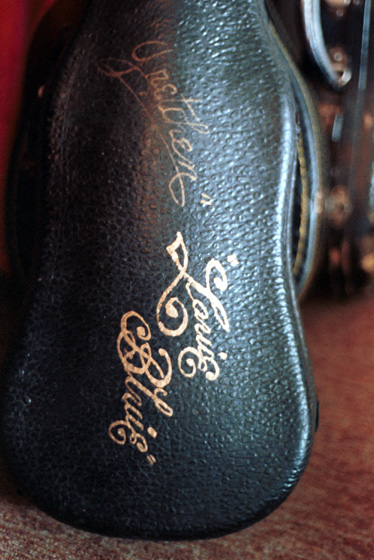 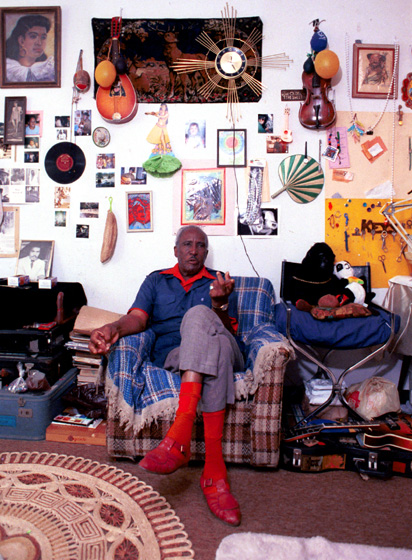 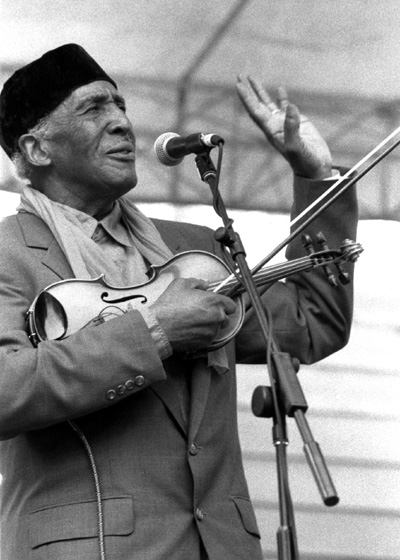 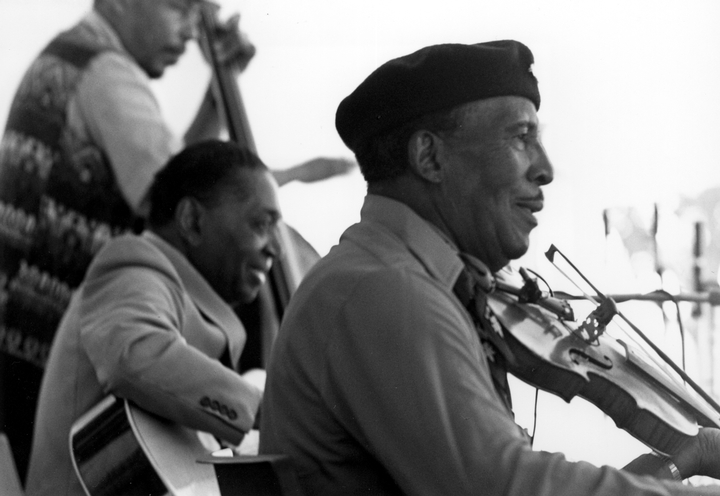 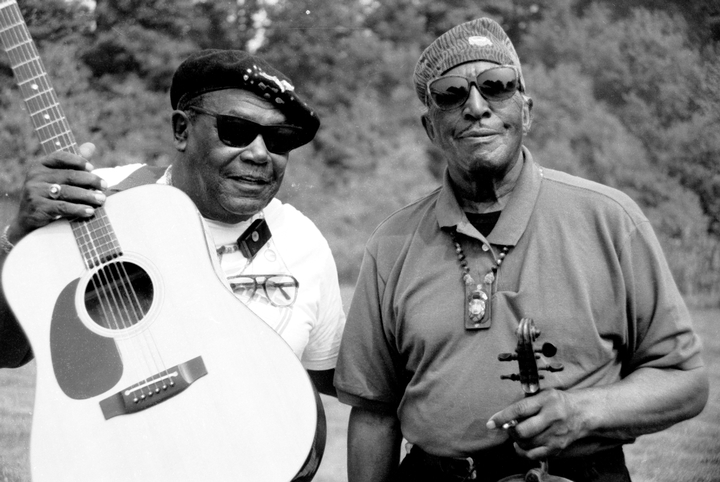 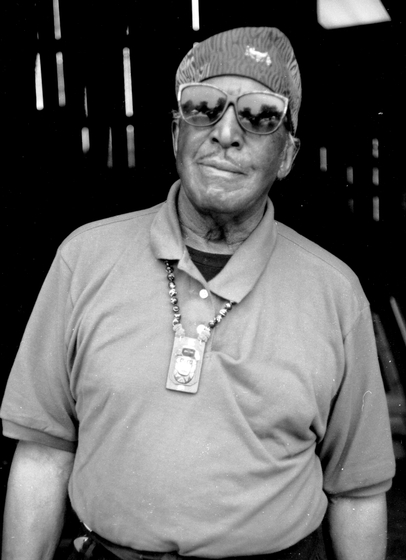 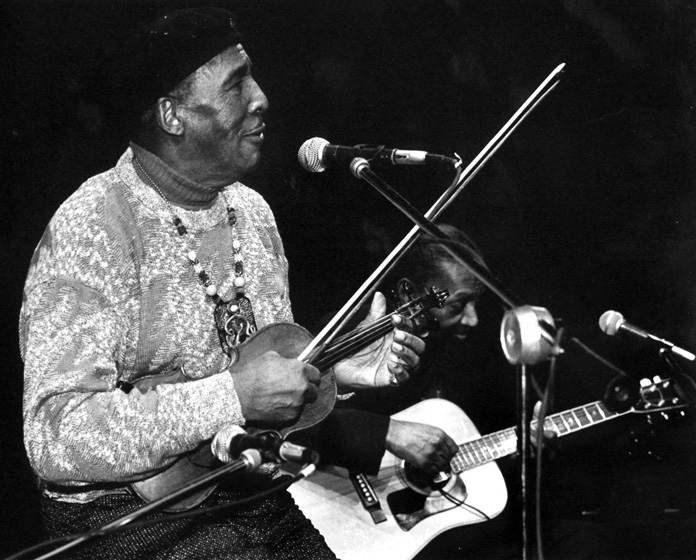 Howard Armstrong was the middle son in a musically talented family of nine children in Dayton, Tennessee. His father, also a musician, supported the family by working at a local steel mill. The family sometimes "serenaded" company officials. By Howard's 10th birthday, his father had taught him to play the mandolin and had whittled a half-size fiddle for him with a jackknife.

By his midteens, Howard was a professional musician. He performed with his three younger brothers, playing a wide variety of musical styles. Then he teamed up with Carl Martin; performing as a duo during the summers, they toured Virginia, West Virginia, Pennsylvania and Kentucky. They played in bars and restaurants, at fish fries and picnics and in medicine shows, entertaining steelworkers and miners from many ethnic groups. They also performed live on several radio stations. The two developed an eclectic repertoire of blues and popular music of the day and picked up songs from Italian, Spanish, German and central European audiences. Armstrong learned to communicate effectively in at least eight languages, including German, Italian, Greek, Swedish and Mandarin Chinese.

For a few years, Armstrong attended Tennessee State Normal School as an arts student, playing cello in the symphony and fiddle in the jazz band while studying painting and design. In the early 1930s, he performed as "Louie Bluie" after meeting guitarist Ted Bogan in Knoxville, Tennessee. The two teamed up with Carl Martin and Bill Ballinger as the Four Keys. They toured through Ohio en route to a performance at the Chicago World's Fair. In 1933 Ballinger left the group, which continued as a trio, the Wandering Troubadours, moving to South Bend, Indiana, and then to Chicago. In 1934, Armstrong and Bogan recorded “State Street Rag” for the Bluebird label. Armstrong also appeared on a variety of recordings on the Brunswick label, accompanying a number of artists, including bluesman Bumblebee Slim. Armstrong recalled meeting and working with other blues performers, including Memphis Minnie and Tampa Red.

In Chicago, Armstrong said, he and his fellow musicians were "pulling doors; you get your guitar, mandolin, fiddle or whatever and go around from place to place, freelancing, and pass the hat. Sometimes you pull a door and the man let you play. Sometimes you open a door and he throws a cuspidor in your face. But we did that all over Chicago, on the North Side and even on the South Side in the Italian joints."

In 1934, Armstrong and his wife moved to Sparta, Tennessee, where he performed and taught music and operated a sign-painting studio. He lived in Hawaii for a time and had vivid memories of the bombing of Pearl Harbor. During World War II, he worked in auto plants and body shops in Detroit until a foot injury put him on the disability rolls. After the war, Armstrong worked a variety of jobs, and though he never fully abandoned his music, he remained relatively inactive for more than twenty years.

In 1972, Armstrong rejoined his old friends Martin and Bogan. They toured as "the last of the black string bands: Martin, Bogan and Armstrong," playing concerts around the United States, in Central and South America and in many African nations. They worked together steadily until Martin's death in 1979. After that, Armstrong continued to play, sometimes with his sons or with old friends. He designed the juke joint used in the film The Color Purple, and his own life was the subject of a documentary, Louie Bluie, released in 1985.

Over the years, Armstrong played a number of instruments but liked the violin best. He called it "the perfect instrument -- it is the only instrument that all the human emotions can be expressed upon, and the violin's range, it all depends on the performer, can be infinity.... It's just like a third arm to me."

Howard Armstrong answers the question 'How did you get started playing the fiddle?' Washington, D.C., 1990, interview by Alan Govenar

Howard Armstrong answers the question 'How did your band come together?' Washington, D.C., 1990, interview by Alan Govenar