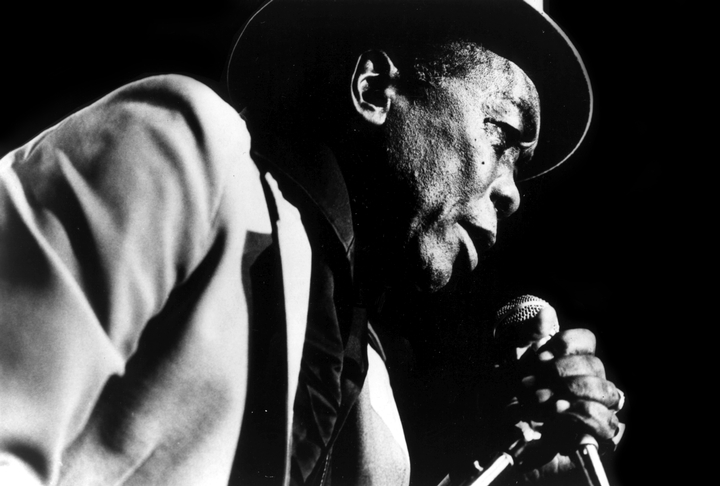 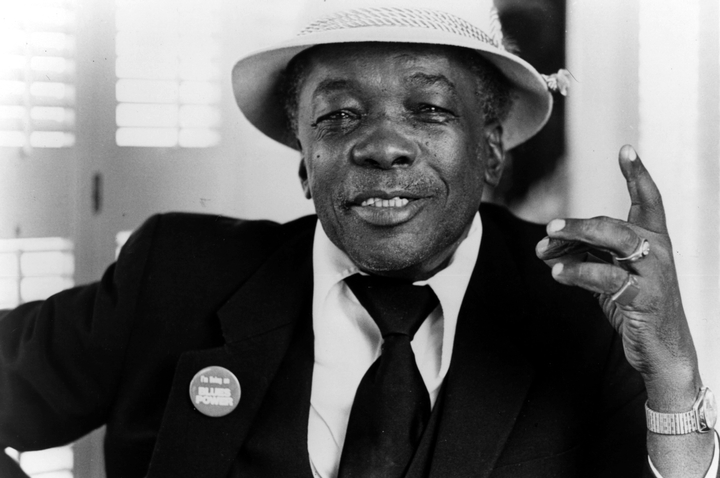 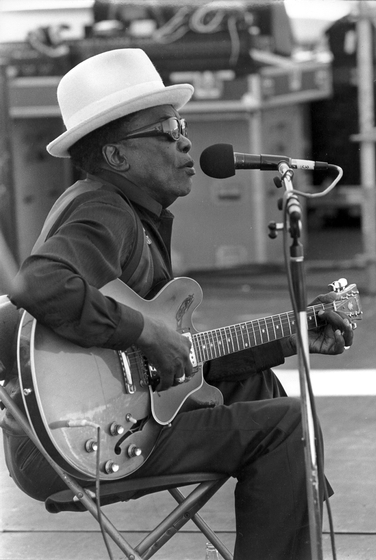 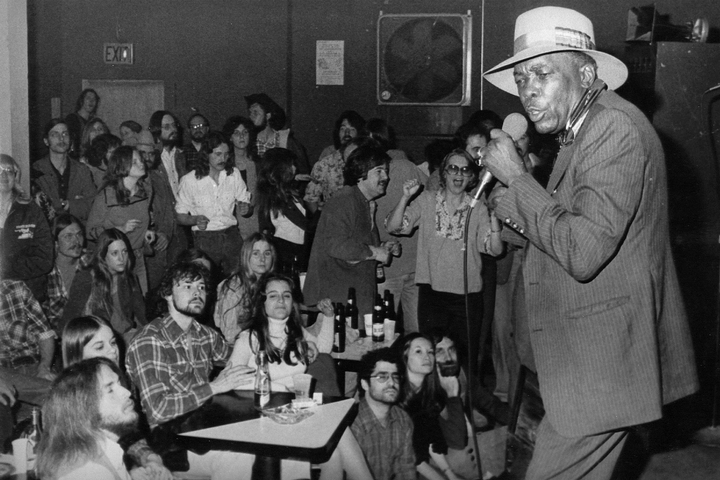 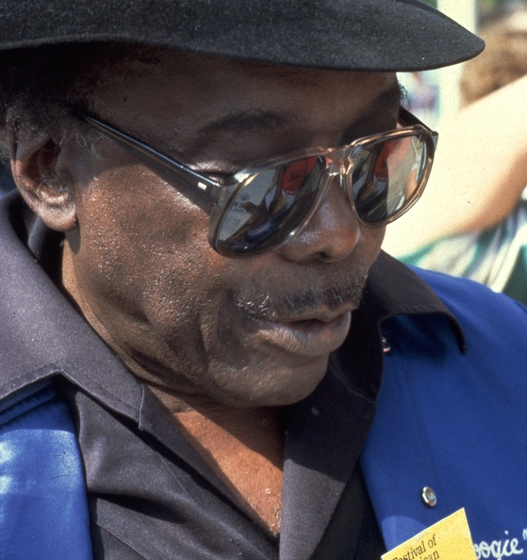 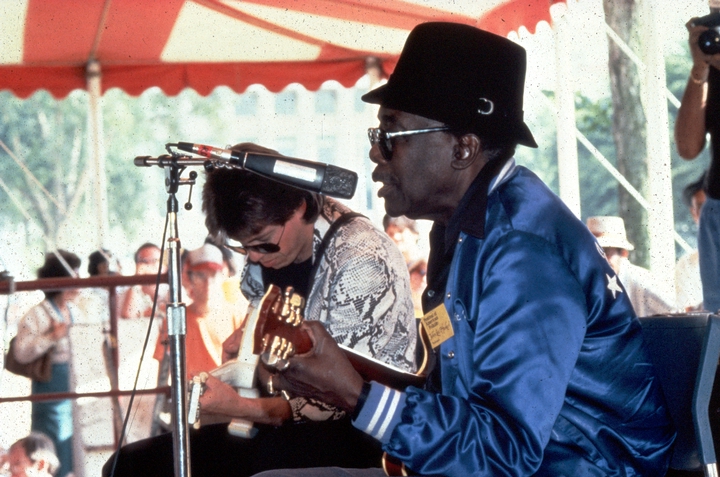 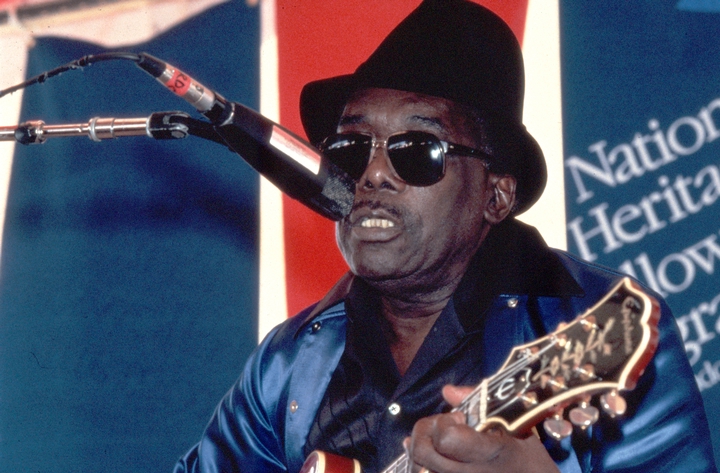 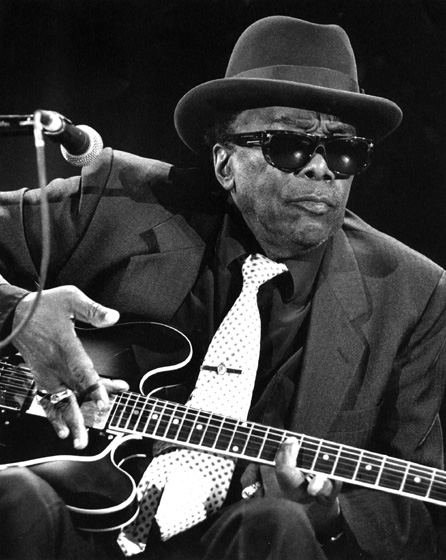 John Lee Hooker was born August 17, 1917, in Coahoma County near Clarksdale, Mississippi. He was one of eleven children. His parents were sharecroppers; he was raised working on his stepfather William Moore's farm and recalled hearing Moore, a locally popular guitarist, playing his Shreveport, Louisiana-derived blues around the house. Hooker was more impressed by the music he heard than by the prospects of becoming a sharecropper himself.

By the late 1920s, Hooker was singing spirituals in local churches and sang with several informal gospel groups. His first instrument was a homemade one-string guitar, an inner tube stretched across the barn door. Growing up, Hooker learned the rudiments of blues on Moore's guitar, and by 1929 he played well enough that he often worked with Moore at local country suppers, fish fries and dances in the area. Hooker said of Moore's playing, "Nobody can teach you, but I watched him night and day and I played like him."

At 14, Hooker ran away from home and went to Memphis looking for a job. From 1931 to 1933, he worked as an usher in a movie theater on Beale Street, and in his spare time he frequented house parties, where on different occasions he heard Robert Nighthawk, Eddie Love, Joe Willard, and others.

After two years in Memphis, Hooker moved to Cincinnati to stay with relatives and was hired by a cesspool-draining company and by another theater. He stayed in Cincinnati into the 1940s and continued to evolve as a musician, performing at times with gospel groups, such The Big Six, The Delta Big Four and the Fairfield Four. In 1943, he moved to Detroit and secured work as a janitor in a steel mill. Playing music remained a hobby; on weekends he played at house parties and sometimes "sat in" with the bands at one of the clubs along Hastings Street, in black Detroit's central business district.

In the late 1940s, Hooker formed his own group and worked a number of clubs in the Detroit area. After five years in Detroit, he began to think of himself as a professional musician. Reportedly, the legendary T-Bone Walker presented him with an electric guitar as a gift. Hooker recalled, "You had to play electric in those clubs, they were so noisy. But the sounds you could make! I loved electricity. You barely have to touch the guitar, and the sound comes out so silky. Electric sound is so lovely. I felt drawn into it."

After hearing Hooker at a house party in 1948, a black record store owner took him to meet Bernie Bessman, a local record distributor. Bessman was impressed by Hooker's talent and helped to release his first record, an up-tempo stomp called "Boogie Chillen," which quickly became a huge success. Hooker was able to quit his factory job and devote himself to his music. Between 1949 and 1951, he made the rhythm and blues charts again with "Hobo Blues," "Crawling Kingsnake Blues" and "I'm in the Mood." During these early years, Hooker continued to record with only his electric guitar as accompaniment.

By 1951, Hooker began touring to venues outside of Detroit, and a year later he toured with the Muddy Waters band. Gradually, he added instruments to create his own band and sometimes augmented his sound with harmonica, piano, second guitar and drums. In the 1950s, he recorded for a new Chicago label, VeeJay, and started utilizing larger bands.

Over the years, Hooker adapted his musical style to changing times, playing folk blues and then switching to rock-oriented backup groups. Throughout the 1960s and 1970s he played in coffeehouses and worked the folk festival and college circuit. In 1964 he recorded the sound track for a Democratic National Committee television commercial.

Although Hooker was developing quite a following in the United States, the blues were gaining increased attention in Europe. Bands like the Rolling Stones and the Bluesbreakers, and individuals such as David Bowie, Eric Clapton and Van Morrison discovered his music. "The English bands were the ones who really made the blues big," Hooker said. "The success of the English bands helped introduce American blues to white audiences in the United States."

After his wife divorced him in the 1970s, Hooker moved to the San Francisco Bay area. In 1989, he gained a wider audience when he released The Healer, an album that featured appearances by several musicians who regarded him as a seminal influence on their careers — Bonnie Raitt, Carlos Santana, Robert Cray, Los Lobos, George Thorogood, Canned Heat and Charlie Musselwhite.

Hooker's numerous honors included four Grammy Awards, including a Lifetime Achievement Award, induction into the Rock and Roll Hall of Fame and a star on the Hollywood Walk of Fame.