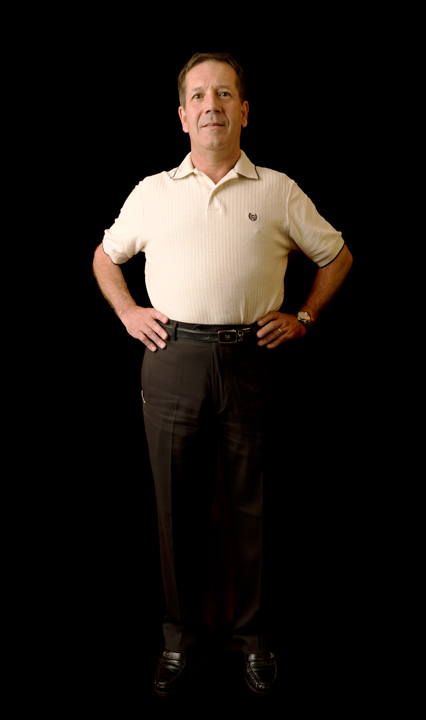 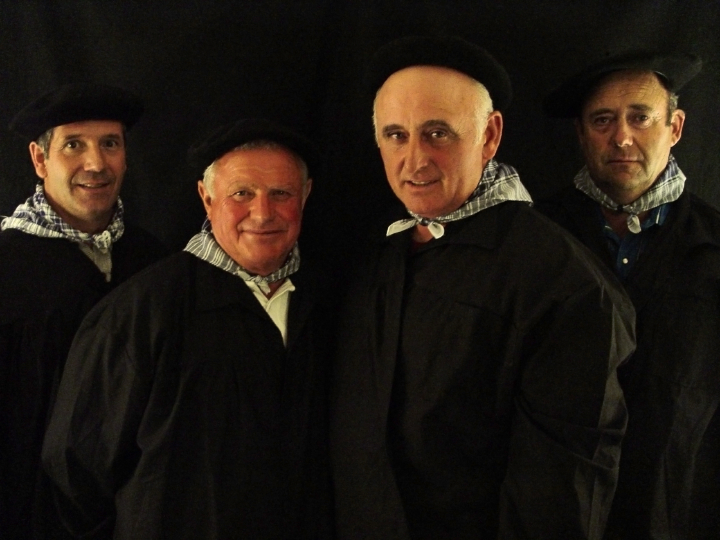 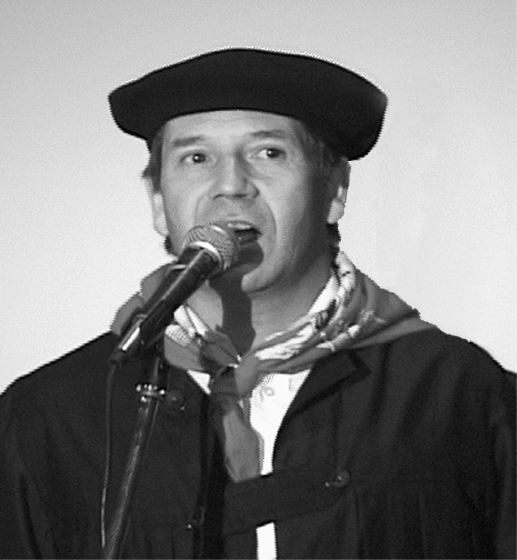 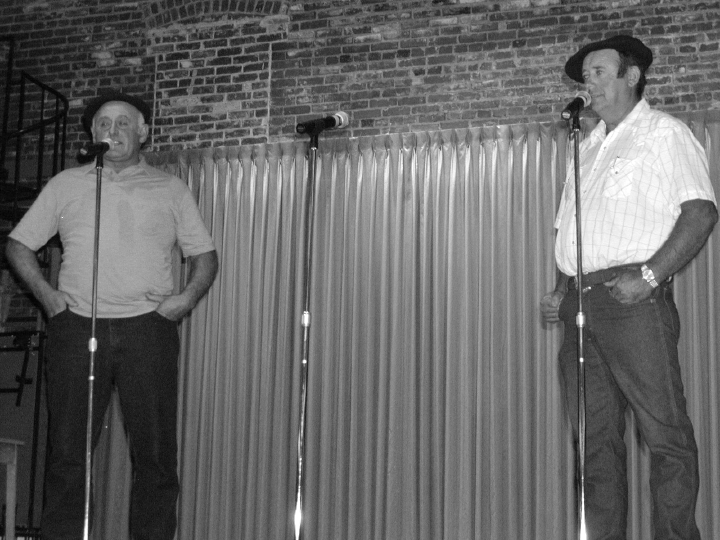 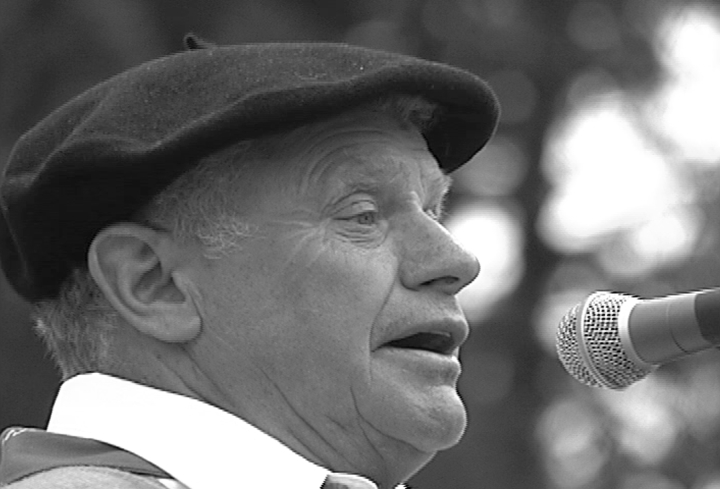 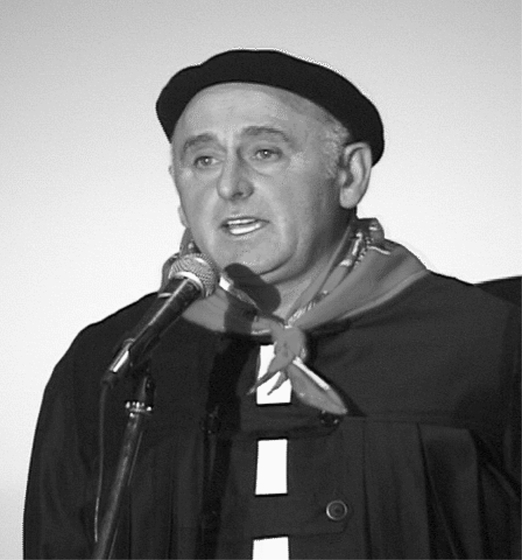 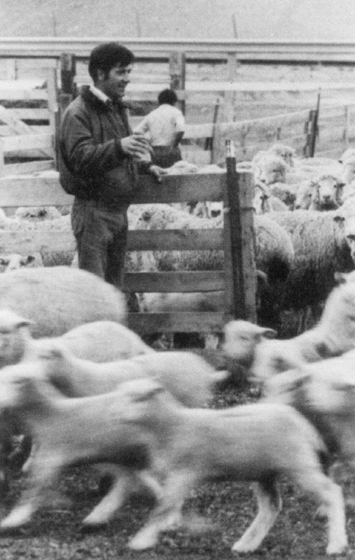 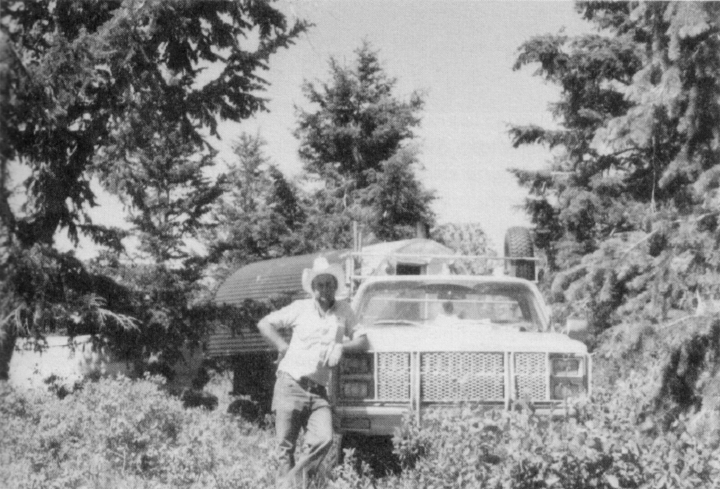 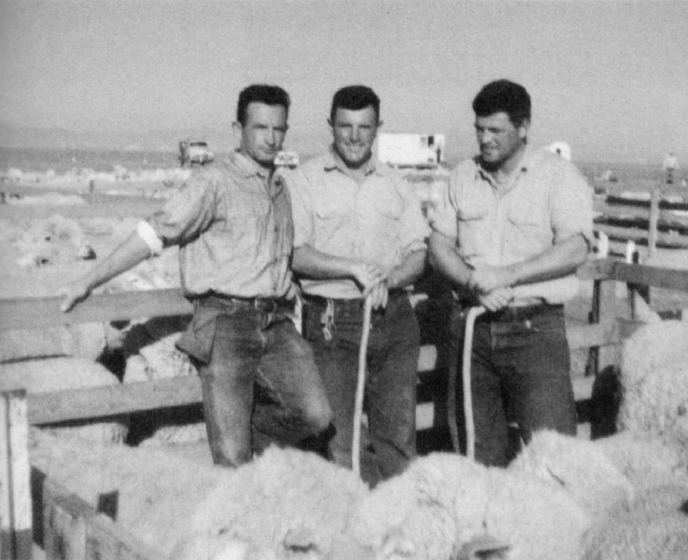 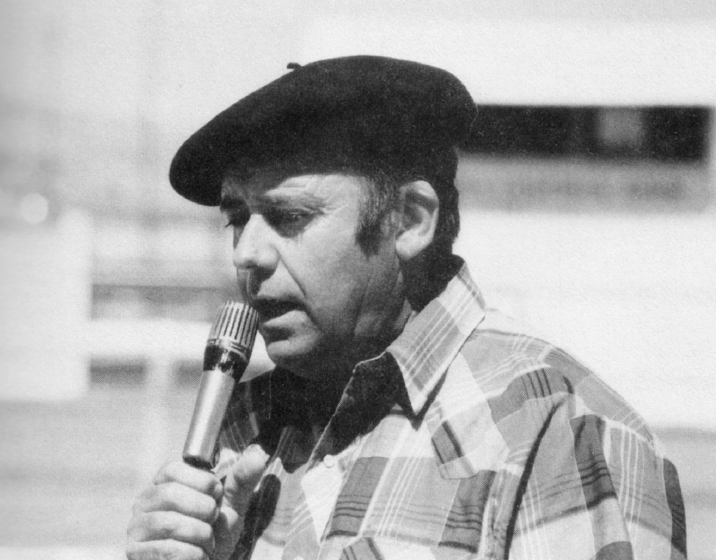 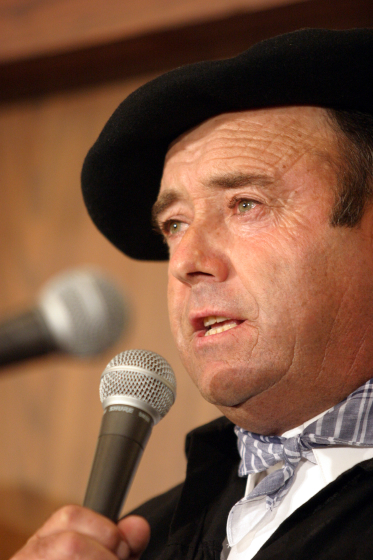 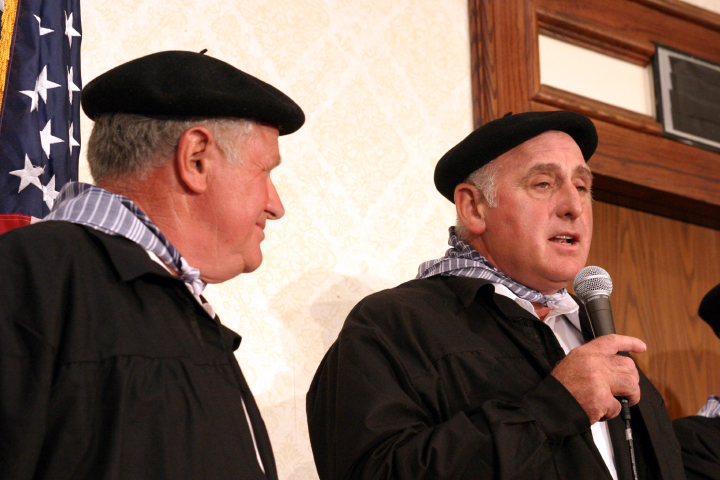 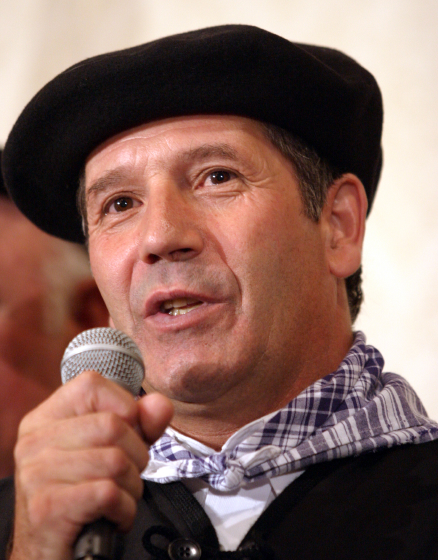 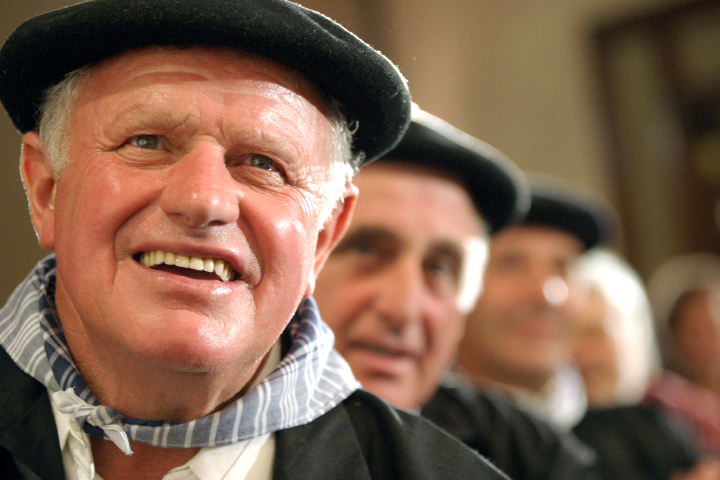 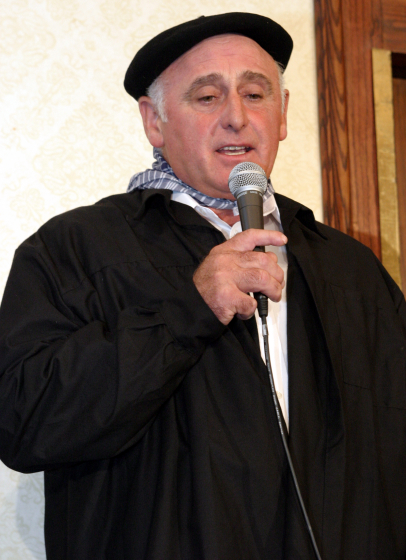 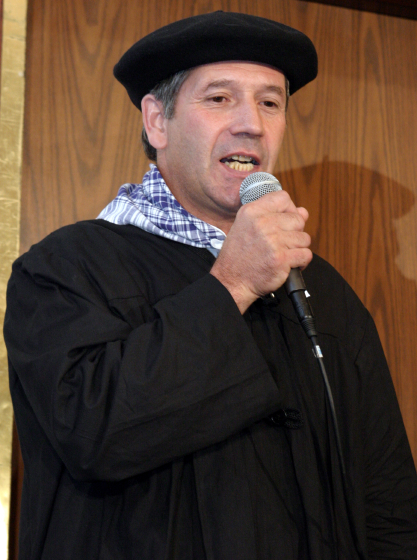 The Basques who immigrated to the Western United States beginning with the California gold rush of the late nineteenth century brought with them bertsolaritza, a centuries-old tradition of competitive improvisational poetry. Just as they had in the rugged, mountainous Basque country of northern Spain and southern France, these immigrants delighted their friends and neighbors with performances at weddings, festivals and other social occasions. Typically, two or more performers alternate in singing improvised rhyming stanzas on assigned topics. They rely on their own wit and knowledge and a repertoire of hundreds of traditional melodies. The boisterous, responsive audience is the ultimate judge of their success and supplies its verdict immediately and forcefully. A quick, witty effort will elicit cheers; a potto, or blank spell, can draw loud applause and cheers to encourage the poet to regain his confidence and inspiration.

Of the four bertsolari honored with an NEA fellowship, only Johnny Curutchet of the San Francisco Bay Area was born in the United States. The others emigrated in the 1960s from Spain, where speaking their ancient and unique language, Euskara, was banned under the brutal regime of dictator Francisco Franco. Jesus Arriada also lives in the San Francisco area; Martin Goicoechea, in Rock Springs, Wyoming; Jesus Goñi, in Reno, Nevada. They have contributed greatly to the growing popularity of bertsolaritza in the United States as it has enjoyed a renaissance in Basque country. Basques in the United States celebrate their heritage with a variety of festivals and picnics across the West, including the annual Bertsolari Championship held since 1988 in Gardnerville, Nevada.

The four men have delighted many audiences with their skills, dealing with a variety of topics, many of which relate to the traditional life of a Basque as a shepherd. “Today, there are no Basque sheepherders left in the American West, yet, interestingly, the topics that the bards frequently sing about are related to sheepherding,” wrote J. Mallea-Olaetxe of the Center for Basque Studies at the University of Nevada, Reno, in 2000, in recommending the four poets for the NEA award. “Animal topics are favored. Typically, one poet might play the role of the coyote, the other will be the dog, another the sheep and the fourth the donkey or the mule, all of which are indicative of the intimate communion that existed between the sheepherder and the animals on the range."

But more modern topics are addressed as well, as Goicoecha told the Casper Star-Tribune newspaper in 2003. “The unique thing about this art is that we’re not limited to anything, and we don’t know what subject they’re going to give us,” he said. “Two weeks ago in Nevada, when I got there, I knew I’d be performing three or four different times, but I didn’t know what topic they were going to give me.”

If the topic is President George W. Bush, Goicoecha said, “I have to be aware of the Iraq war and the Middle East and what he’s doing with the economy. I’ve got to say in my poems what he’s doing and then sing to the tune from the melodies with the rhythm … and the syllables have to fit.  When they give us the topic, I’ve got about ten seconds to begin. It takes huge preparation. When I’m performing, a week or two ahead of time, I’ll just go from book to book to book, reading, reading, reading.”

Most performances, Goicoechea said, feature three or four poets at once. “We do that because it’s more fun,” he told the newspaper. “We debate with each other trying to get a better [line] and see who sings the best. That’s how the public judges these. [It’s] really hard to please myself…I’m the worst critic of my performances.”

The Basque Poets answer the question 'What is the origin of your craft?' Arlington, Virginia, 2003, interview by Alan Govenar

The Basque Poets answer the question 'How is your craft performed?' Arlington, Virginia, 2003, interview by Alan Govenar

The Basque Poets answer the question 'What keeps you going?' Arlington, Virginia, 2003, interview by Alan Govenar

The Basque Poets answer the question 'What is the future of your tradition?' Arlington, Virginia, 2003, interview by Alan Govenar