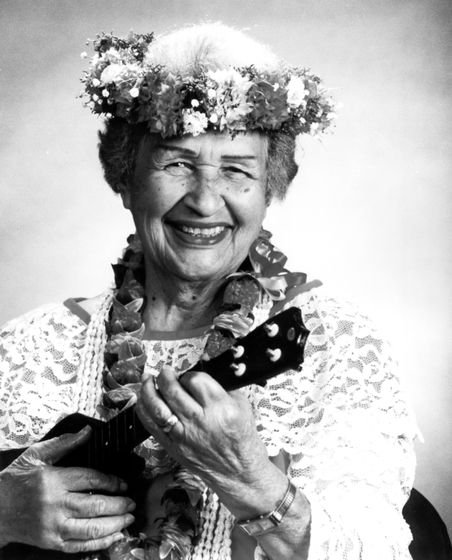 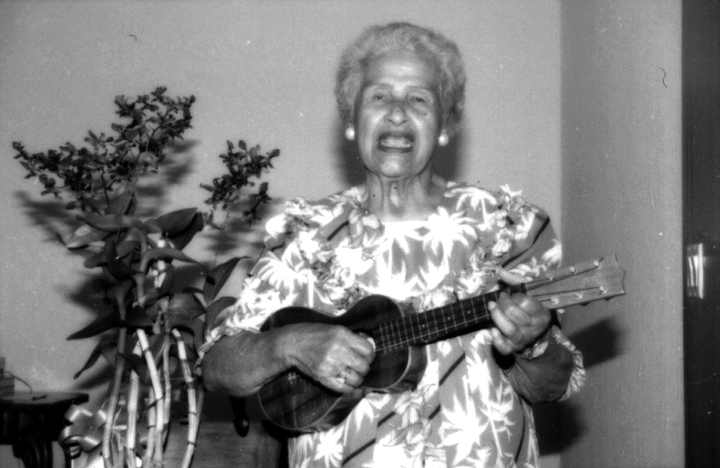 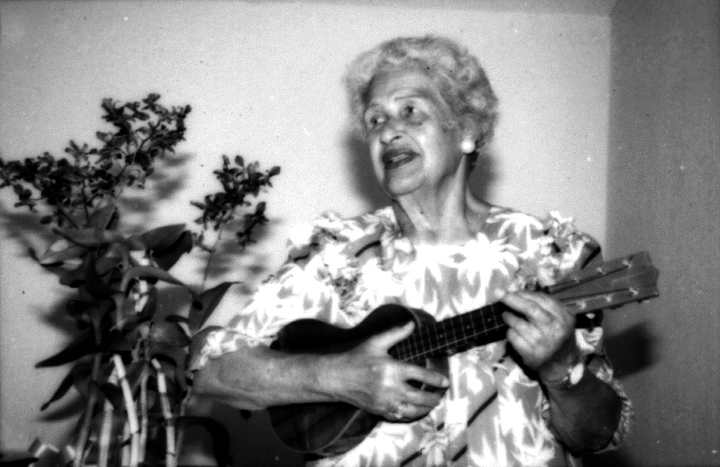 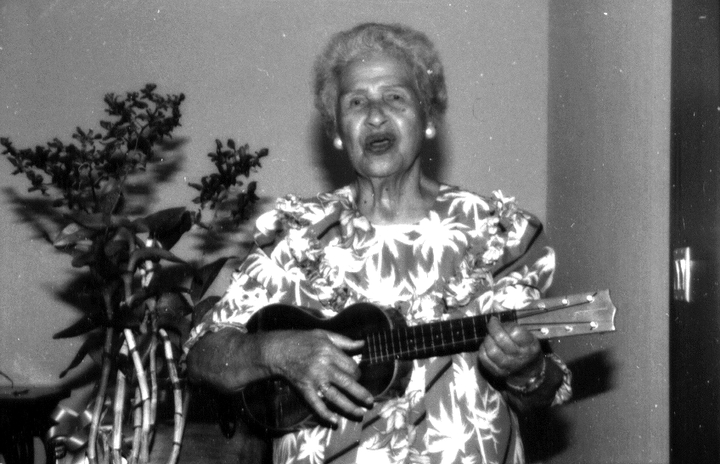 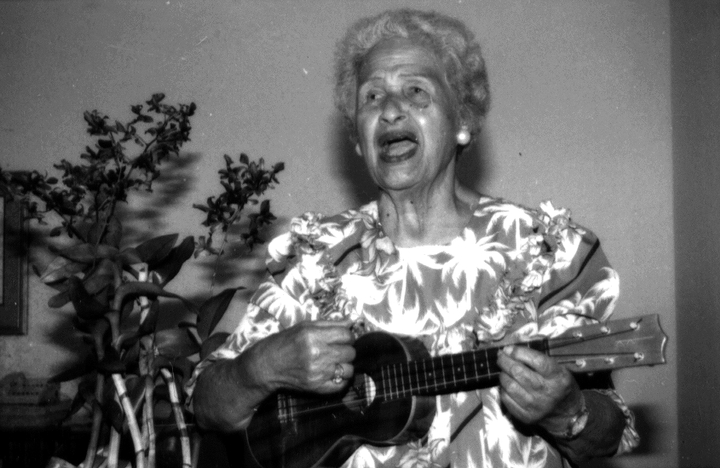 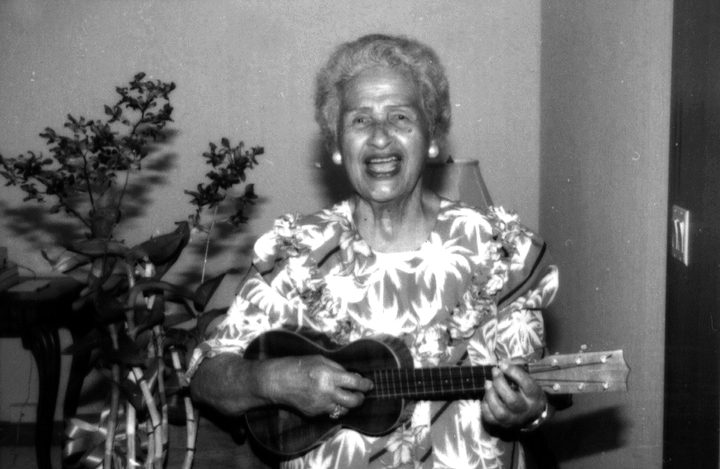 Genoa Keawe came from the area of Oahu known as Kaka'ako. She began her musical training at age 10, when she started singing in the choir of the Mormon church. She left school after the eighth grade, married her husband, Edward, when she was 16, and began her family of twelve children.

Keawe learned the Hawaiian language from her mother-in-law and began singing Hawaiian music in both Hawaiian and English for military clubs before World War II. She also appeared on the radio with John Kamealoha Almeida and the Honolulu Rapid Transit musicians. Alice Namakelua in particular helped Keawe with her Hawaiian language phrasing and vocal style.

The human voice has always been at the center of native Hawaiian music, from the ancient mele chant to the lively social music known by the pidgin term chalangalang. With the rise of radio and the recording industry in the first half of the twentieth century came the opportunity for chalangalang musicians to be recorded and heard more widely. Some of the most successful recording artists became the models for the tradition in the second half of the century. Keawe is among the most celebrated and influential of these musicians.

In 1946, Keawe recorded the first of more than 140 singles on the 49th State label. Her groups, Genoa Keawe and Her Hula Maids and Genoa Keawe and Her Polynesians, backed other singers on many recordings. Many of her songs recorded between the late 1940s and early 1960s became standards in the Hawaiian repertoire and have been reissued on anthology recordings in recent years. In 1966 she started her own label, Genoa Keawe Records.

Keawe operated a hula studio in Pauoa for years and served as a resource for many Hawaiian musicians. She received numerous awards, but perhaps her greatest award was her continued ability to sing, which she called a "gift from God."

"It's a gift I asked for," she said. "I wanted to be a singer, so I prayed every night, and thank God I still have it." She performed weekly at the Hawaiian Regent Hotel, sharing her gift with others. "Hawaiian music must go on," she said. "As long as Genoa Keawe is alive, it will still live."

Genoa Keawe answers the question 'How did you get started as a musician?' Honolulu, Hawaii, 2000, interview by Alan Govenar

Genoa Keawe talks about her mother and the restrictions against using the Native Hawaiian language in school, Honolulu, Hawaii, 2000, interview by Alan Govenar