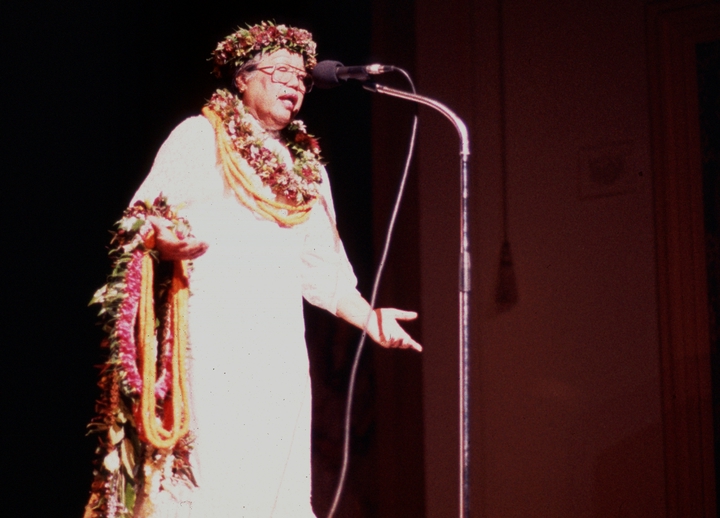 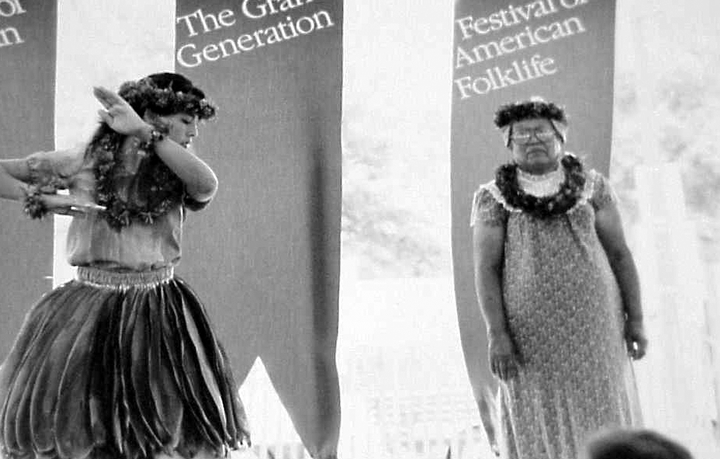 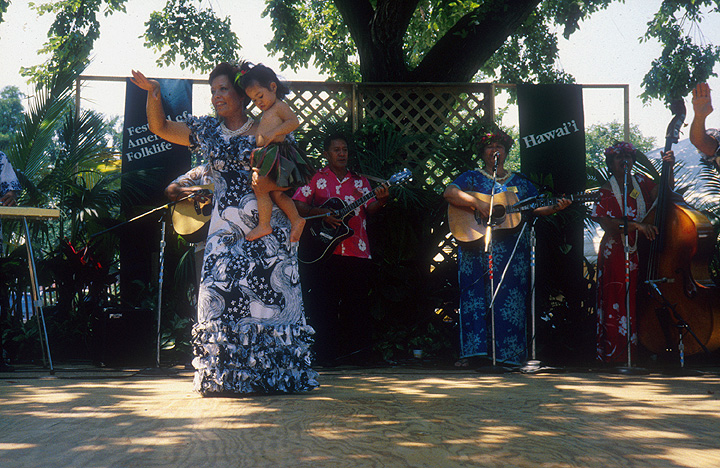 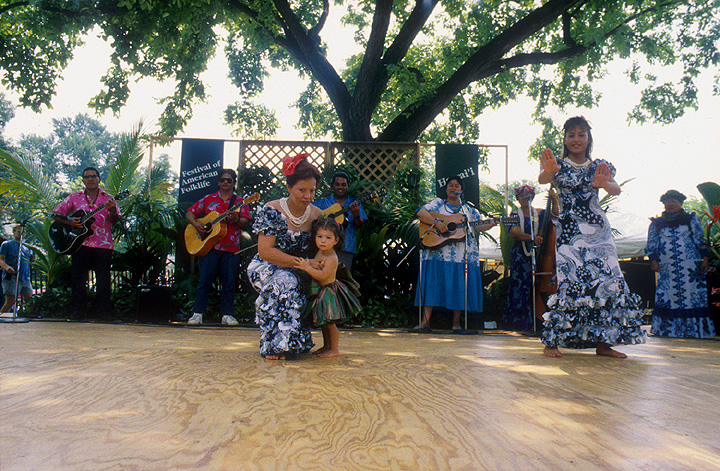 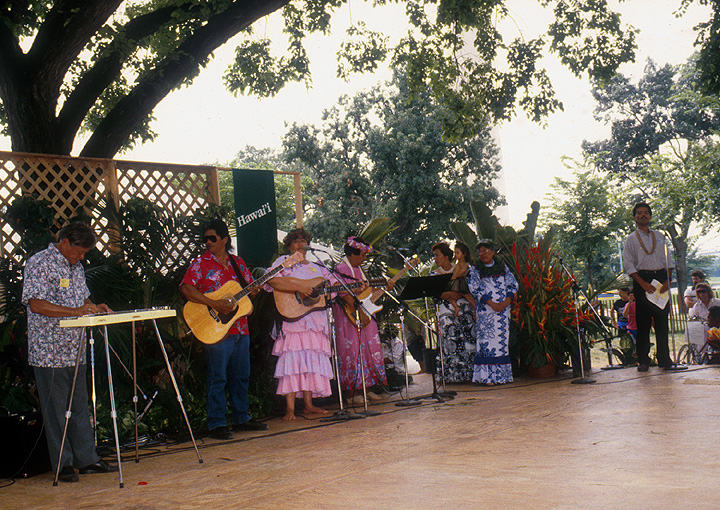 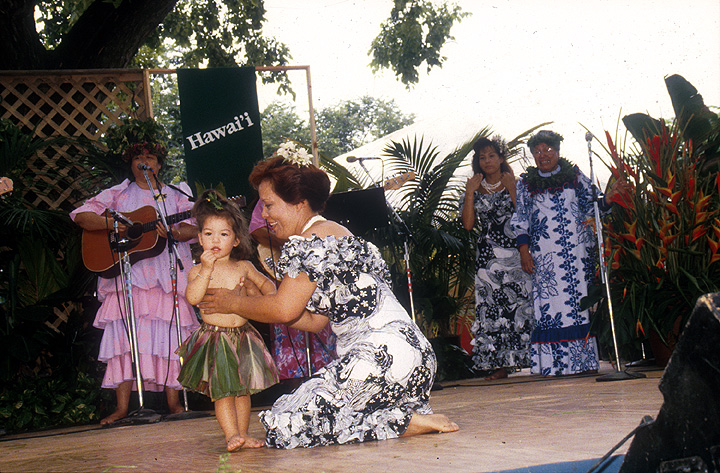 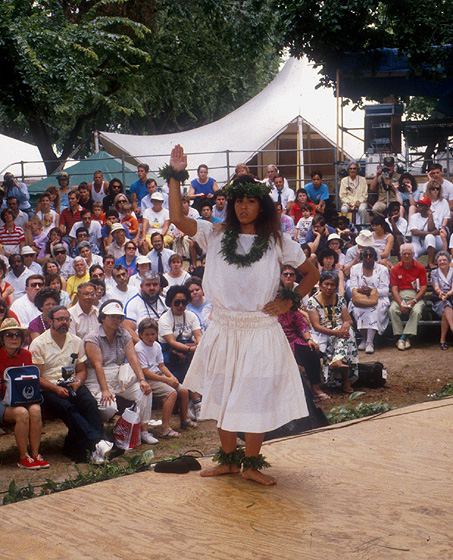 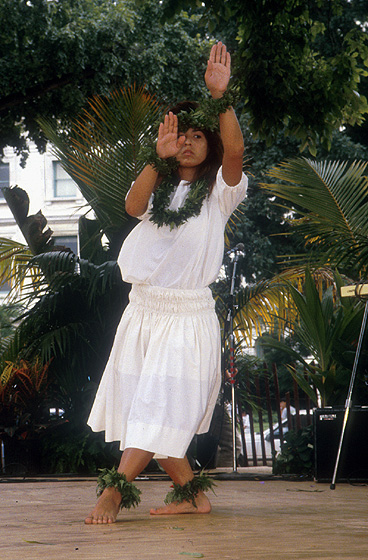 Emily Kauiomakawelinalaniokamanookalanipo's Hawaiian parents followed the traditional practice of the time and gave Emily to her kahu hanai (maternal grandparents), William Kamahumahu and Virginia A'ahulole, to raise. As a child, she learned about the mountain taro patches of Heeia on Oahu's windward side. Her grandfather taught her to cultivate plants for food, and her grandmother showed her the uses of medicinal plants and how to quilt or weave lauhala when it rained. "One of my earliest memories," she said, "was my grandfather reading the Bible to us every night and teaching us children the correct pronunciation of the Hawaiian words." Later, he explained to her the meanings of native Hawaiian chants and the legends that accompanied them. She grew up immersed in old Hawaiian customs.

Her uncle Sam Pua Ha'aheo was a policeman and an elder in the church, but his traditional duty in the community was that of the lawai'a kilo, the spotter who stood on a high perch in the fishing boat and directed the fishermen. In addition, he knew the hula traditions and the ancient chants, which he kept secret until he was an old man.

In 1933, Ha'aheo decided it was time to pass on his knowledge of these vital Hawaiian traditions, and he opened a hula halau (hula house) on the shore of Kahana Bay beside his fishing shack. By then, his niece Emily had married Karl Zuttermeister, a U.S. serviceman stationed in Hawaii. Zuttermeister loved Hawaiiana and urged his wife to learn the old hula traditions. She reluctantly agreed and began studying with her uncle, practicing with him six nights a week for three years. She was forced to memorize each of the dances and the chants associated with them. There were many rules she had to follow: some hula could not be danced with the pahu drum, the lei must be short, not hanging, and only certain greenery was appropriate for the altar. For the chanting, Ha'aheo instructed her to sit in front of him and repeat every part of the chant until her pronunciation and tone were identical to his. Ultimately, he designated her to be one of the principal heirs to his hula repertoire.

In 1936, Zuttermeister, who was nicknamed Aunty Kau'i, opened her own school for hula, called the Ilima Hula Hale, and a year later she graduated her first class of students. She continued teaching hula, traditional chants, and pahu drumming in the Pua Ha'aheo style for more than fifty years, mentoring several generations of young dancers, including her daughters, Noenoe and Kuuipo, and her granddaughter, Hauoli.

She was a judge of numerous hula competitions, including the Merrie Monarch Festival in Hilo, the King Kamehameha Traditional Hula and Chant Competition, and the Queen Lili'uokalani Trust's Hula Kahiko Amateur Contest. She was recognized as a Living Treasure of Hawaii by the Honpa Hongwanji Mission and was honored by the Hawaiian Civic Clubs for her distinguished service to the Hawaiian community at their annual Holoku Ball.

In 1982, Zuttermeister summarized her lifelong philosophy in an address about Nana E Na Hula Loea, a project of the Kalihi-Palama Culture and Arts Society: "I have never intentionally changed any aspect of the Pua Ha'aheo style. The minute you change or modify what you have been taught, then the hula becomes a classical dance that is less pure. That's why I don't change the dances and have kept them intact for fifty years. My uncle told me the only way the culture is going to live is if the dance is kept pure."