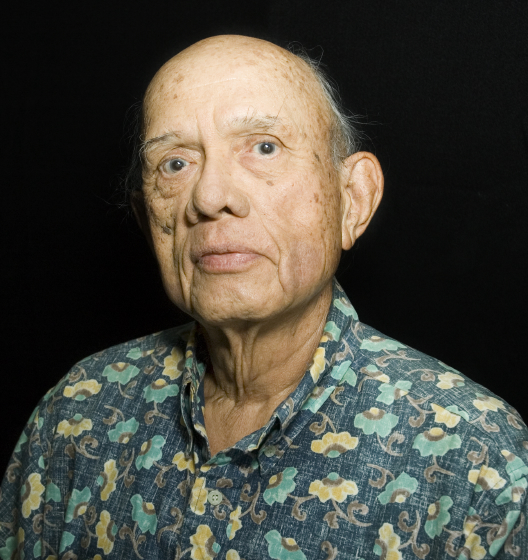 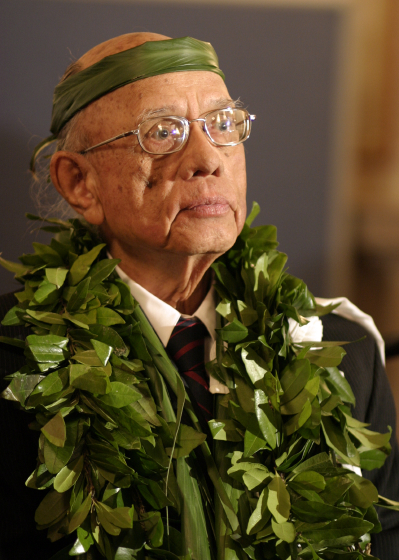 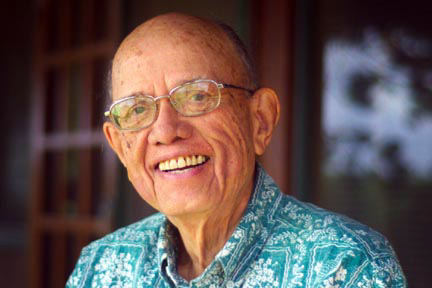 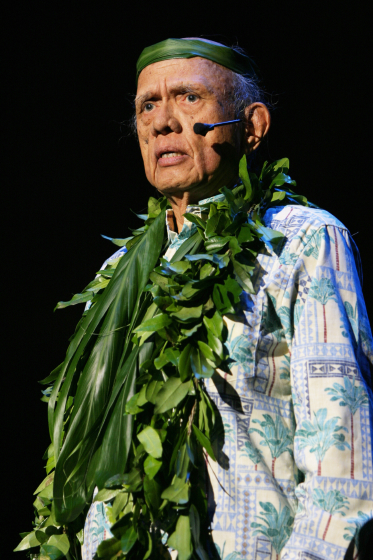 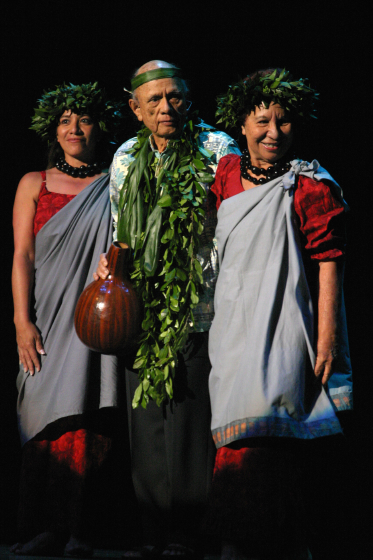 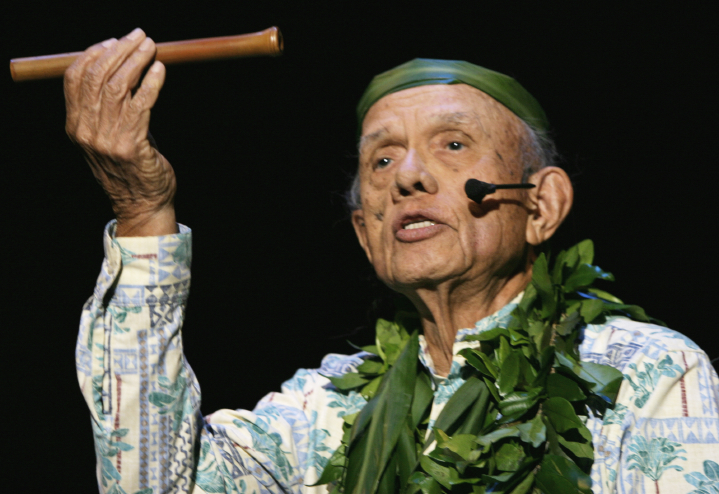 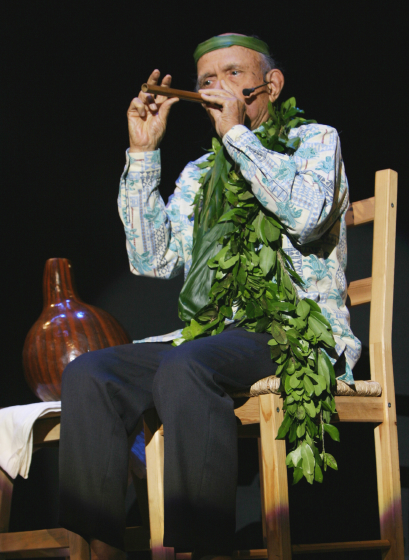 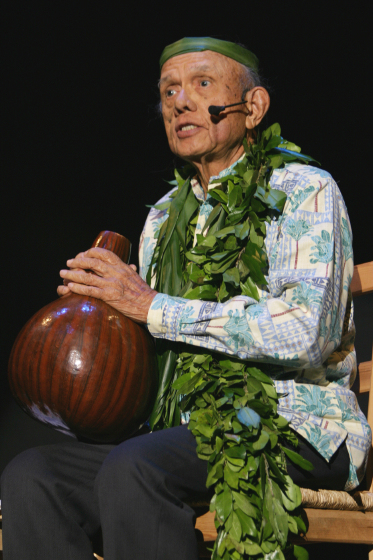 James Ka’upena Wong's mother, who was Hawaiian-English, was an accomplished hula dancer. His father, who was Hawaiian-Chinese, was a skilled musician and singer. Wong attended the Kamehameha School for Boys, where he was further exposed to Hawaiian traditions and values. While studying there, he was taken to the Honolulu Academy of Arts, where he witnessed a performance by Iolani Lulahine, a famous hula dancer.

Wong’s formal training as a chanter began in 1952, when he began a twelve-year apprenticeship with Mary Kawena Puku’i. He mastered the five styles of mele kahiko, the ancient poetry chant of Hawaii. He also learned to dance and to play several instruments, including the drum and the musical bow. Wong became the drummer and chanter for his teacher’s daughter, hula dancer and chanter Pele Puku’i.

“Those were wonderfully exciting years,” Wong told an interviewer. “After all, there I was, Western, an American of part-Hawaiian ancestry, middle-class, college-educated and with a gnawing desire to know more about my … Hawaiian heritage … learning and gleaning insights into Hawaiian cultural themes and then performing those traditions with Kawena and Pele before the community at large.”

Wong later studied with other masters, who helped him to deepen his skills and understanding. In addition, Wong has composed music since the early 1960s, creating in the Hawaiian language both traditional chants and Western-influenced songs. He sees no conflict in working in both forms, calling the more Westernized music another part of “our ethos, our musical selves.” As a recording artist, he has left a living record of the genres in which he works.

In 1964, at the invitation of American folksinger Pete Seeger, Wong performed at the Newport Folk Festival, in what is believed to have been the first presentation of Hawaiian chant as part of the American folk tradition. He returned to Washington in 1969 as the chanter at the unveiling of the statue of King Kamehameha I, who united most of the Hawaiian Islands under his rule early in the 19th century.

Wong earned a degree in political science, has been involved in education as a teacher and administrator in public and private schools, and has worked in vocational education and curriculum development. In addition, he has worked as a salesman, tour guide and practical nurse. After retiring, he continued to compose music and to research and document his heritage. He helped establish a program in Hawaiian chant and hula at the University of Hawaii, the first representation of Hawaiian culture in higher education in the state.

A chanter is a “keeper of the word” in Hawaiian culture, and Wong says his primary teacher, Mary Kawena Puku’i, shared her knowledge with him without thought of payment, “with the thought, I believe, that an understanding of and appreciation for the old cultural ways would continue through me and the many to whom she gave so generously. More importantly, it was Kawena’s intent that elements of the old traditions (chants in my case) were not only to be studied but, indeed, they should continue to be a vital, living part of our islands’ pluralistic cultural environment.”

James Wong answers the question 'When did your mentor teach you chanting?' Washington, D.C., 2005, interview by Alan Govenar

James Wong answers the question 'What was your multicultural heritage upbringing like?' Arlington, Virginia, 2005, interview by Alan Govenar