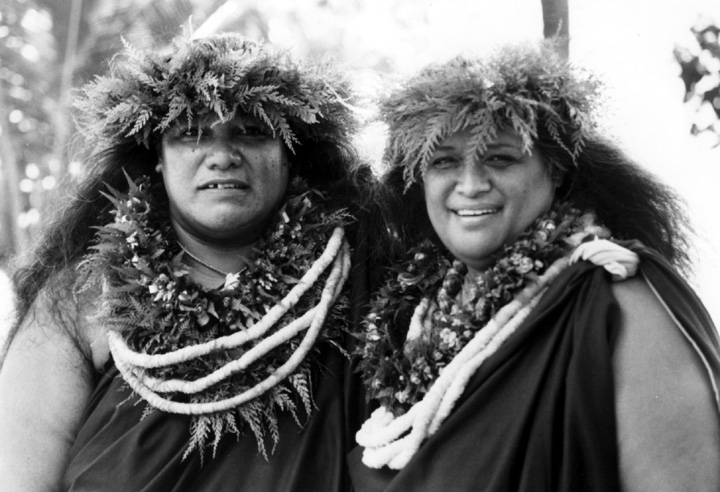 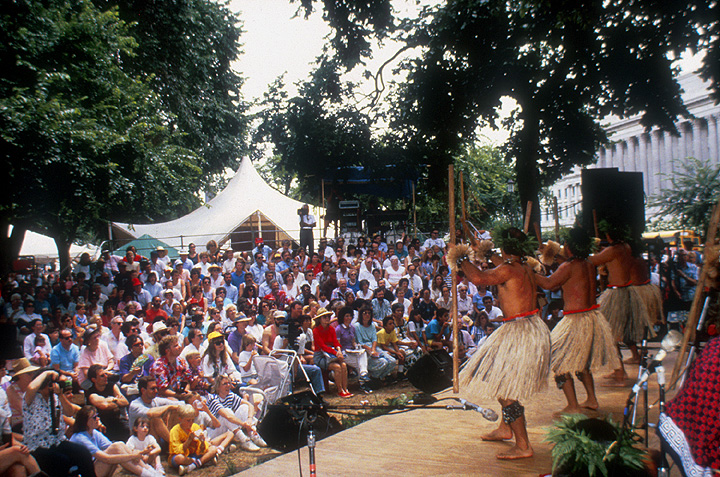 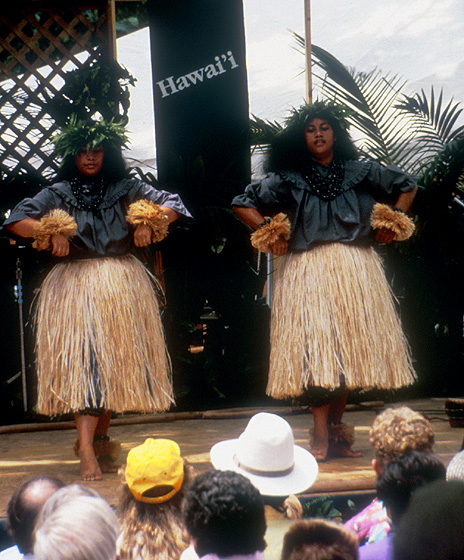 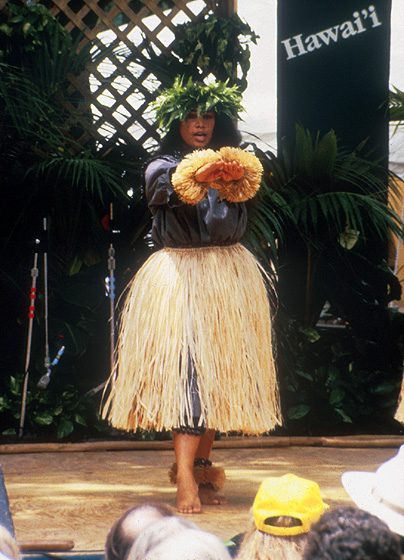 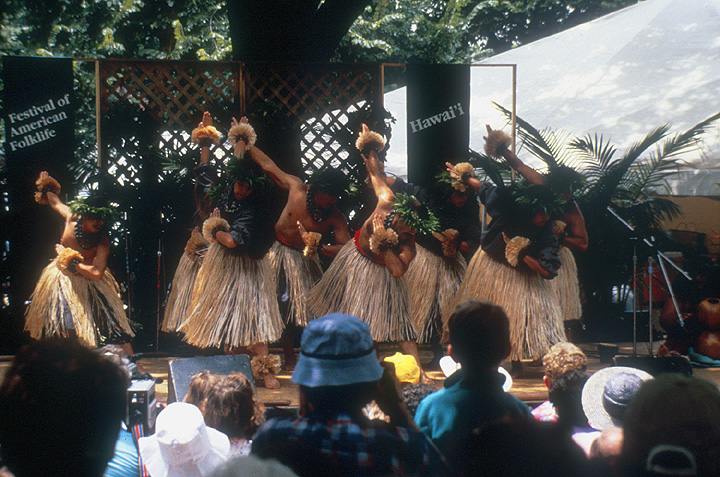 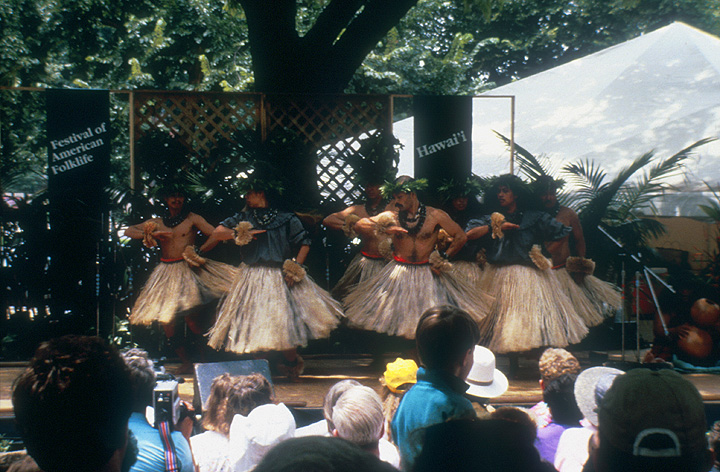 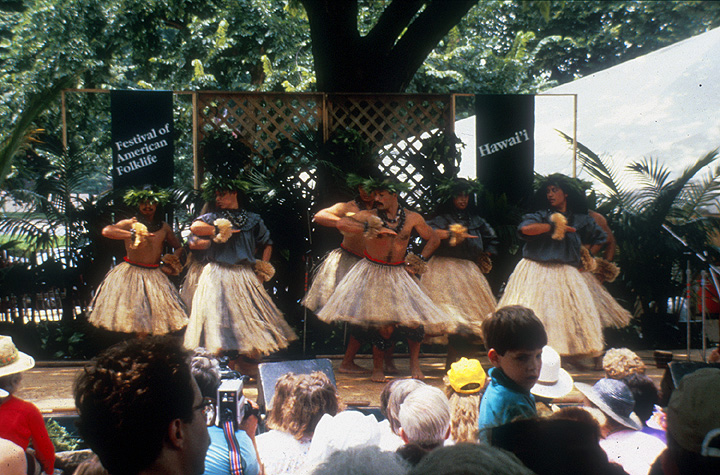 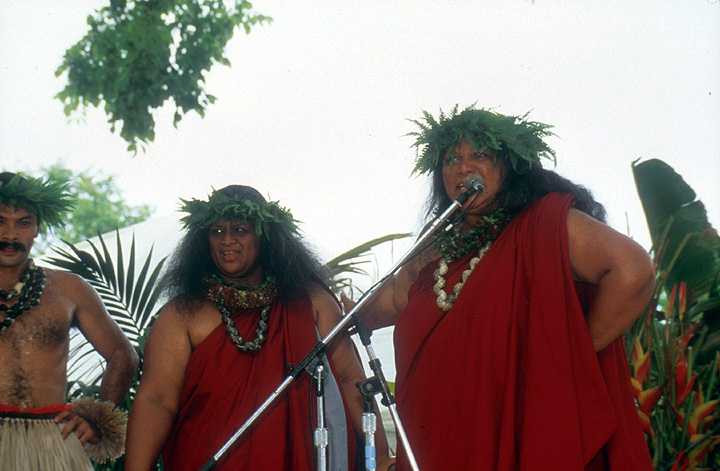 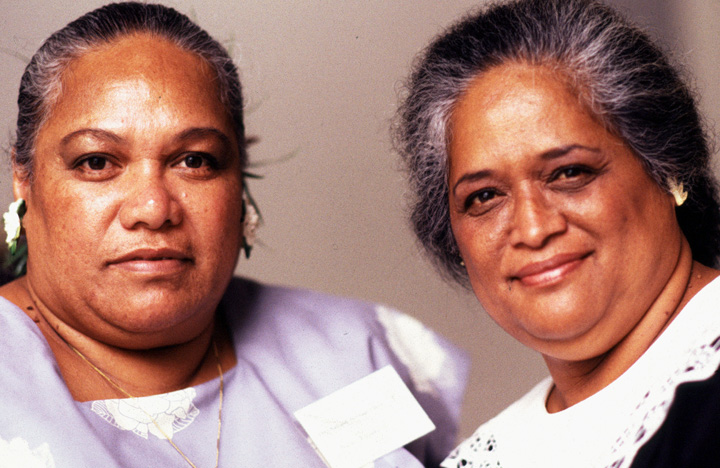 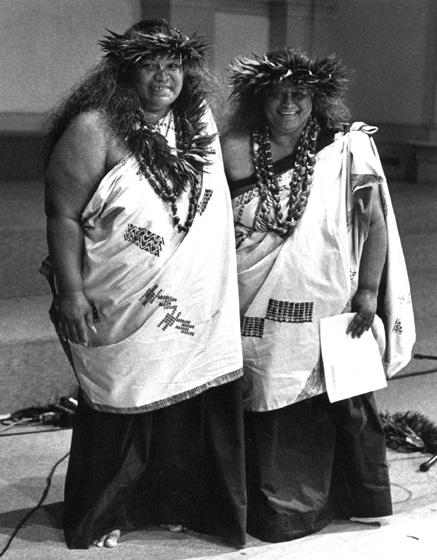 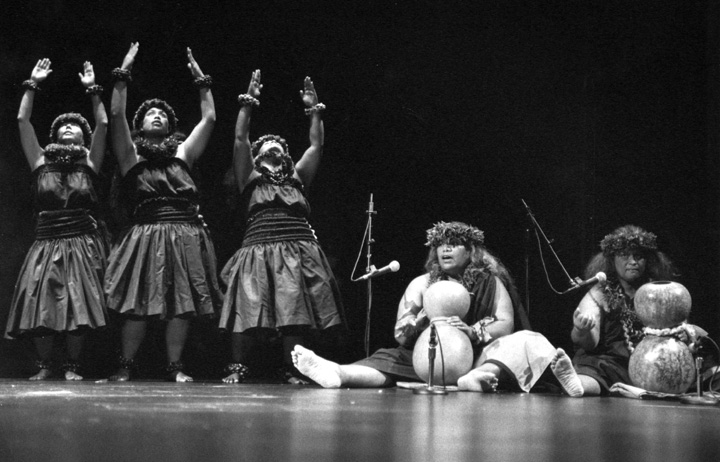 Nalani Kanaka'ole and Pualani Kanaka'ole Kanahele are daughters of the chanter and hula master Edith Kanaka'ole (1913-1979), who was awarded the status of "Living Treasure of Hawaii" in 1979. The sisters are the inheritors of Hālau O Kekuhi, the hula school founded by their mother in 1953, and are considered kupuna, respected elders, in their own right. They bear the title kumu hula, or hula master. Based in Hilo, on the "big island" of Hawaii, they are looked to as guardians of the ancient style of hula that predates commercial forms of the dance that emerged in the twentieth century.

The traditional mele hula, or "danced poetry," of the Kanaka'ole sisters is led by the chanter, who beats a large gourd as a percussive accompaniment while seated near the dancers. The vigorous, bent-knee style of dance called 'aiha'a that pantomimes the poetry is difficult and requires considerable experience and physical conditioning. Also challenging is the mele oli (free-verse chanted poetry), which requires mastery of the Hawaiian language, poetic meanings, vocal manipulation, historical knowledge and a sense of traditional protocol.

Prior to European contact in Hawaii, mele oli were used to record genealogies, recount creation myths, celebrate the birth of a child or mark the death of a loved one, or to commemorate other important occasions. In the ancient style of mele hula, the chant sometimes speaks of Polynesian gods or Hawaiian deities, such as the volcano goddess Pele; celebrates the deeds of revered chiefs; or recounts romantic encounters. The dance, referred to today as hula kahiko, enhances the chant narrative through stylized movement.

In the 1870s, after the introduction of Western music and stringed instruments, Hawaiians developed a variation on their ancient mele hula tradition. This led to growth of hula 'auana, which has become the most popular form of hula performed at local parties and hula competitions and for the tourist industry.

By the early 1990s, there were over 200 hula hālau (hula schools) in Hawaii, drawing students from virtually every ethnic group within the multicultural population living in the Hawaiian Islands. The Kanaka'ole sisters are among the most respected teachers and practitioners of the indigenous Hawaiian art forms of chant and dance. For them, participation in the hālau involves a serious commitment to Hawaiian culture.

The value of mele (chants) to Hawaiian identity cannot be overestimated. "Sometimes it pervaded all domains of society, as during the reign of Kamehameha I (1795-1819)," scholar Ricardo Trimillos has stated. "At other times it was the only thread that held Hawaiian identity together, as during two decades of assimilation following statehood in 1959 ... and it has been a tool for the reclaiming of Hawaiian language by the present Hawaiian population."

The year 1993 marked the hundredth anniversary of the overthrow of the last Hawaiian monarch, Queen Lili'uokalani, and is now recognized as a watershed year for the Hawaiian cultural and sovereignty movement. The Kanaka'ole sisters have been at the forefront of this initiative and have emerged as leaders. Through their dedication to hula and chant, their commitment to the Hawaiian language and their efforts to ensure the protection of the natural resources of their homeland, they have worked to preserve and perpetuate their culture and traditions. In 2007, Pualani relinquished her position to her daughters, Kekuhi Keali‘ikanaka‘oleohaililani and Huihui Kanahele-Mossman.