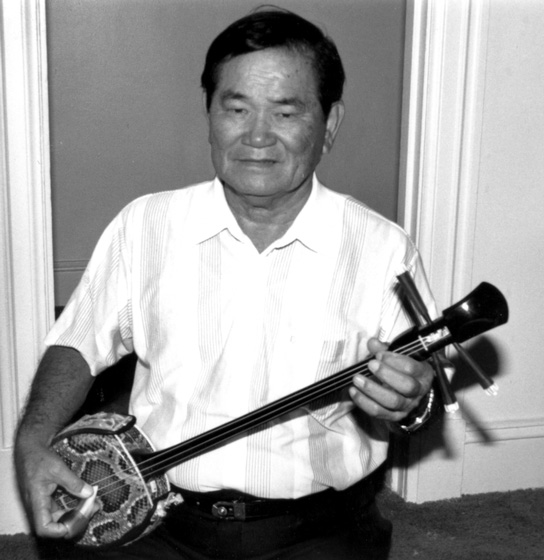 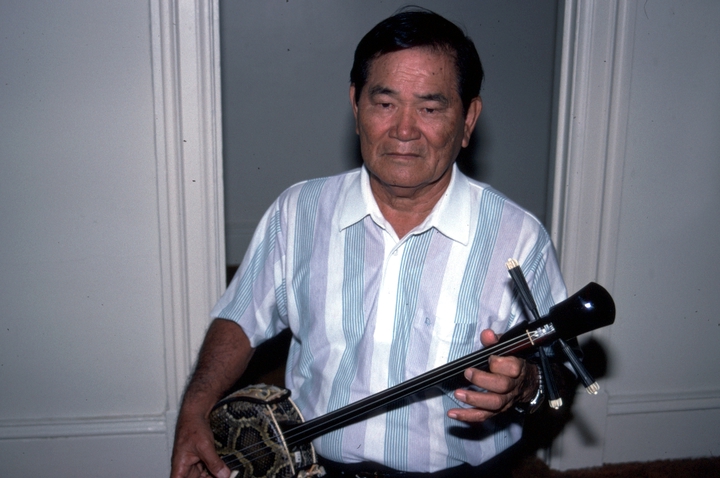 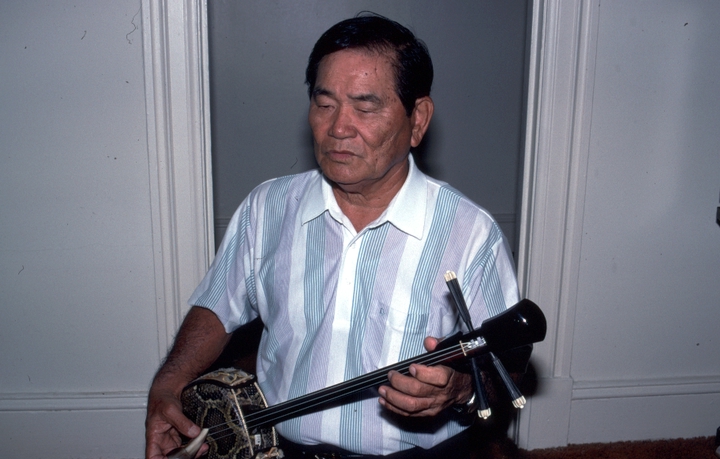 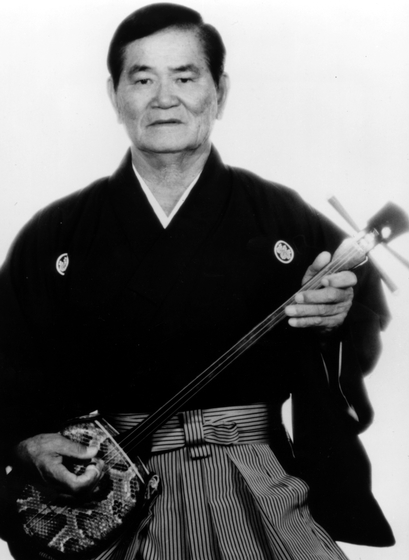 Soon after Seisho "Harry" Nakasone was born in O'ahu, his mother, Nae Nakasone, a koto instructor, took him to Okinawa to be reared by his grandparents. His family had migrated to Hawaii long before World War II. Hawaii offered great promise, but ultimately the opportunities for advancement were few. Work in the cane and pineapple fields was hard, and wages were low.

In Okinawa, Nakasone learned about his native culture, and at the age of 9 he began playing the sanshin, a three-stringed instrument with a skin-covered soundbox. He was attracted to the distinctive sound of the instrument but was discouraged at times in his efforts to play. "They don't want you to play sanshin [in Okinawa]," he said, "because [they think] you going to be a lazy boy, you don't want to work on the farm. The only time my uncle can play sanshin was a rainy day when he cannot work on the farm. That was fun, those days."

The sanshin was introduced into the Ryukyu Islands from China during the fifteenth century, or perhaps even earlier, and from there it moved to Japan, where it is called the samsien. Nakasone's uncle was an accomplished player and presented the young Nakasone with his first instrument when he returned to Hawaii in 1925. "He [my uncle] was one of the best in our village," Nakasone said. "The music ... I thought ... was a wonderful thing. You could play in happy occasions. You can sing your blues away."

Nakasone did not start his formal instruction on the sanshin until 1933, and for the next twenty years he took lessons from every available grand master of the instrument, visiting Okinawa as often as possible. In 1938, Nakasone helped his father to establish a wholesale produce business, which helped to stabilize life for his family. "My parents," he said, "were very poor, and I have to work at the plantation store from six o'clock in the morning until 10 o'clock in the night. No Sunday, no holiday."

For more than sixty years, Nakasone performed on the sanshin at community gatherings for the Okinawan community in Hawaii, playing for festivals and other celebrations, birthday parties, anniversaries and weddings. In addition, he taught sanshin in college classes and in private lessons. He was the head of the Seifu Kai, an Okinawan classical music ensemble, and a member of the faculty of ethnomusicology at the University of Hawaii. In that capacity, he prepared recordings and music books for the instruction of Okinawan musicians in San Francisco and Los Angeles.

In 1988, a special recital program was presented in Okinawa to honor Nakasone, featuring an unprecedented performance by five of the most important musical organizations in Okinawa and involving 200 musicians. About his life as a sanshin player and singer, Nakasone said, "Music has kept me going. A lot of people ask me how come I look so young. When you start singing, you're not singing from just the neck up. You just have to sing from the bottom of your stomach, just like inhaling exercise."