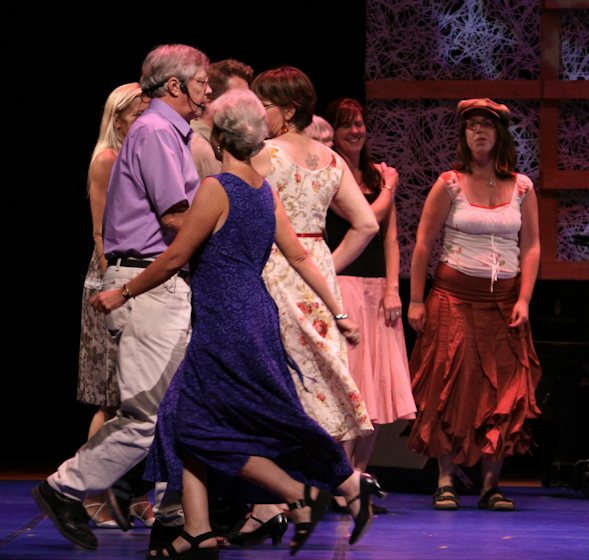 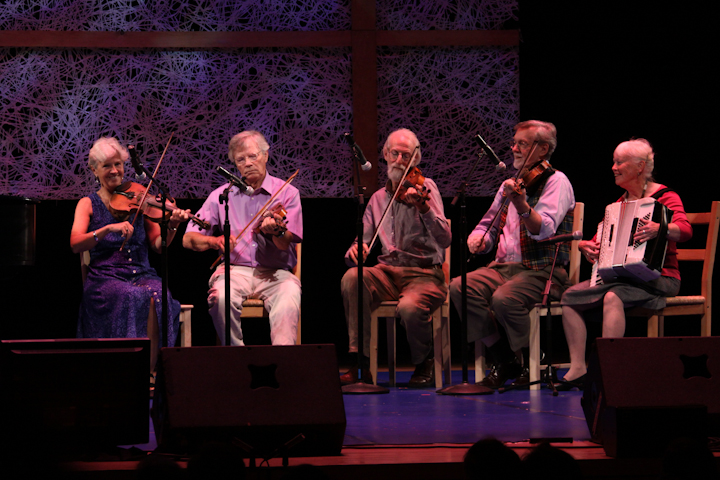 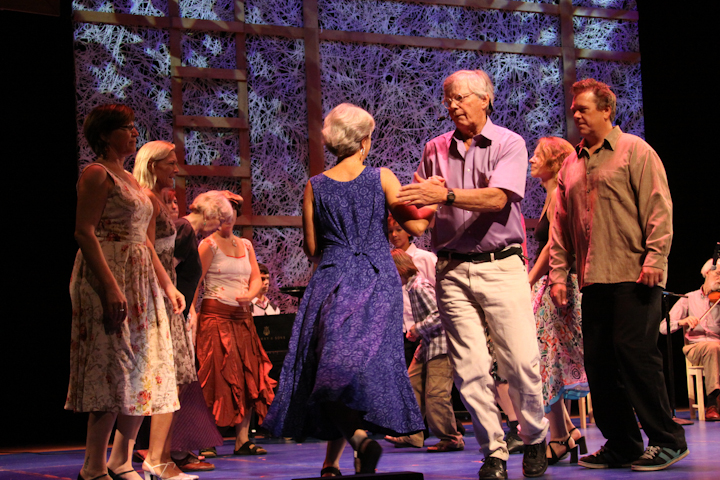 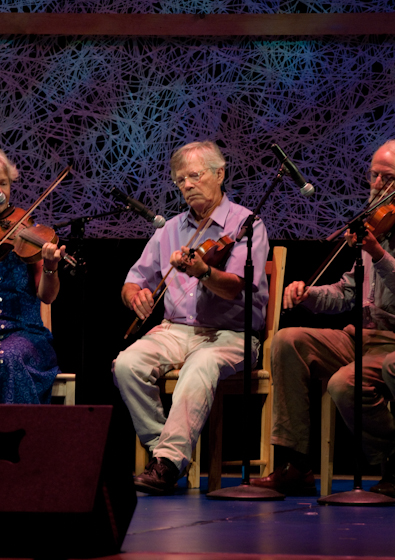 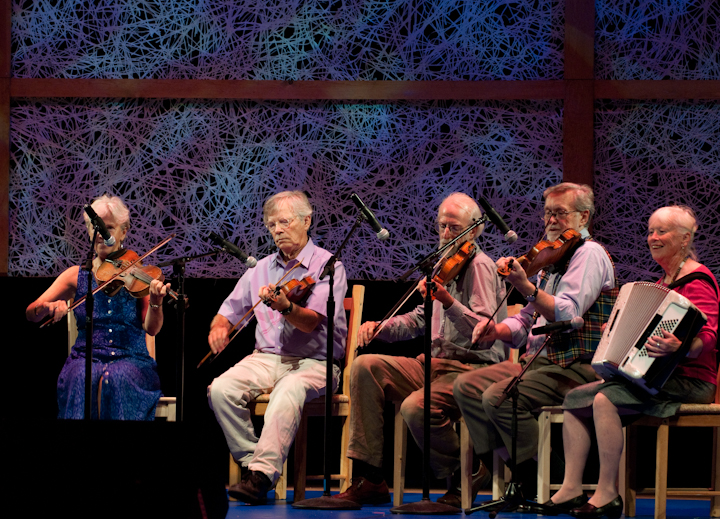 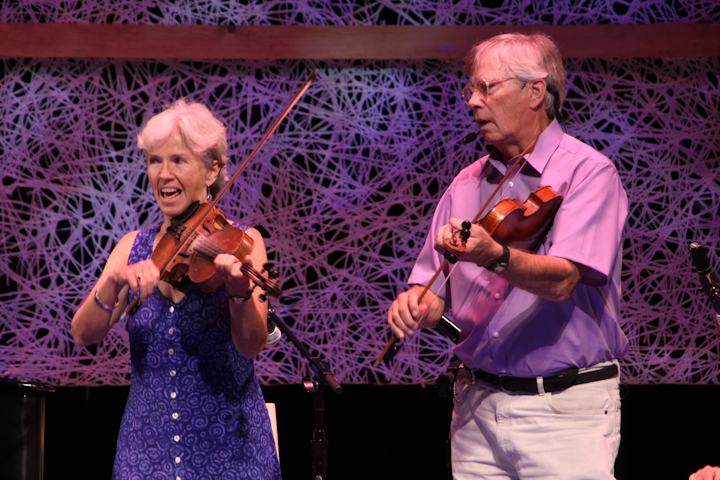 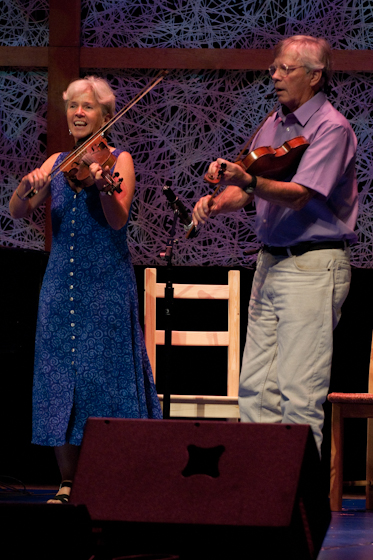 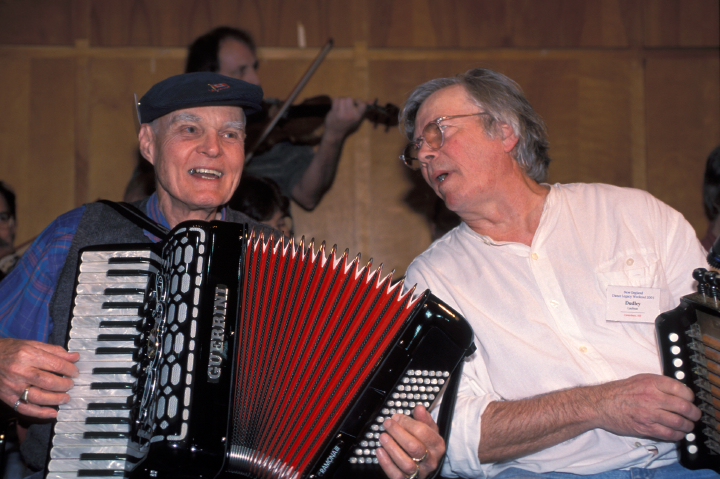 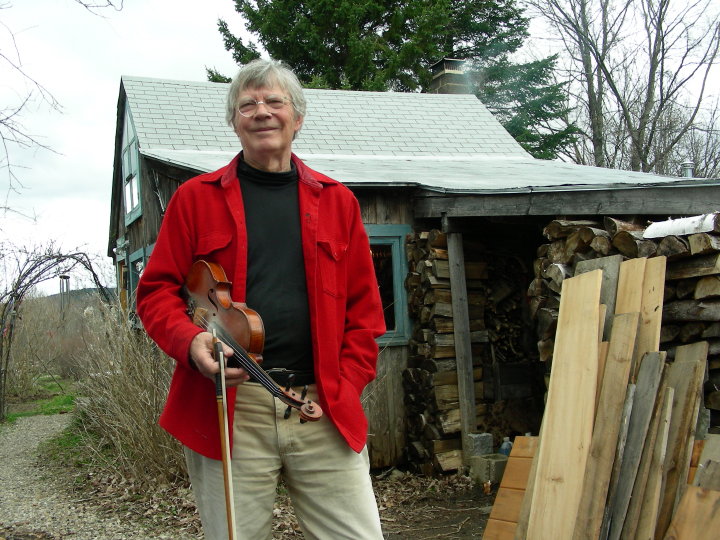 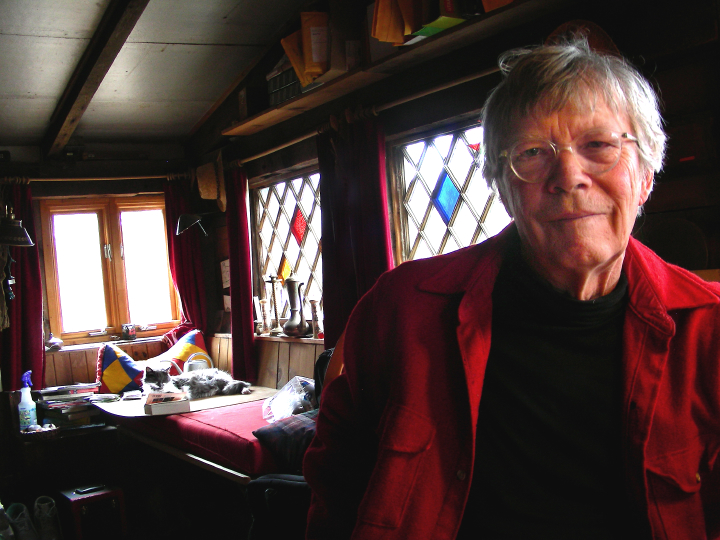 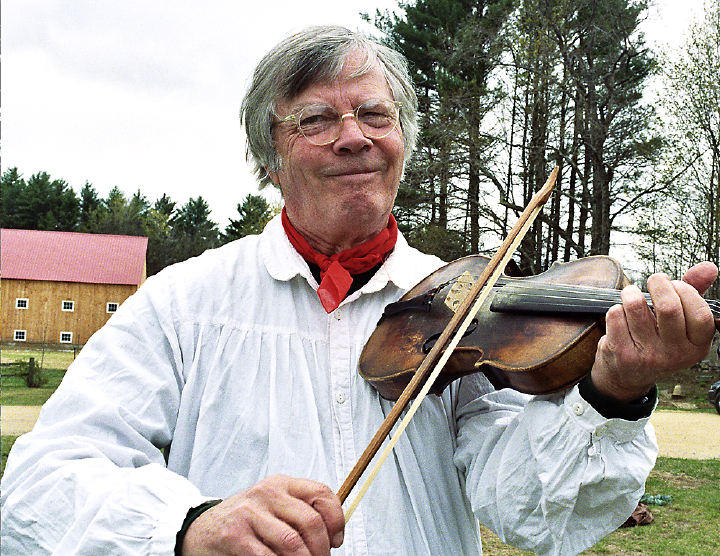 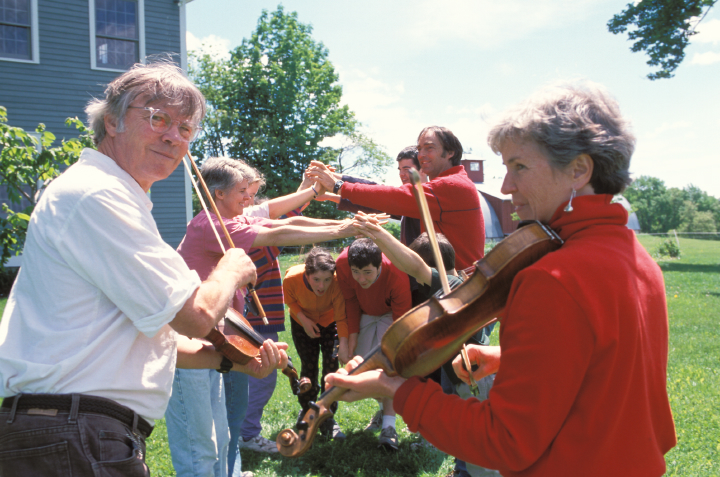 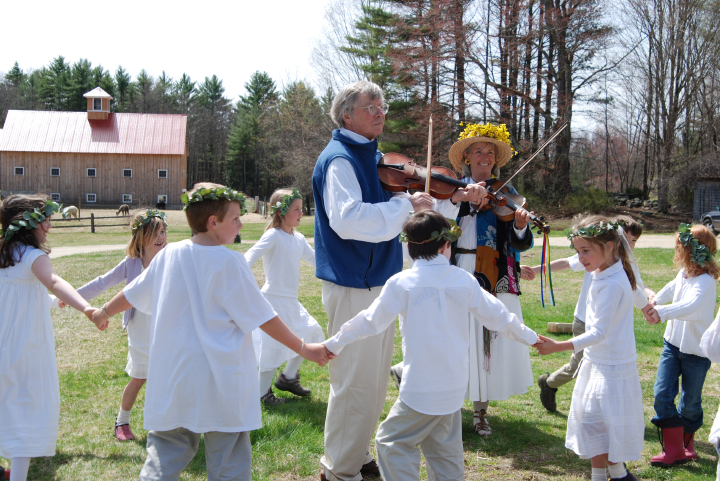 Dudley Laufman, a native of Newton, Massachusetts, fell in love with traditional music and dancing while working on a New Hampshire dairy farm in 1947. The farm owners held get-togethers called kitchen junkets. People roasted corn and sang hymns, then danced in the farmhouse, from which the furniture had been removed. “And … there was the smell of the wood smoke and the firelight gleaming in the girls’ hair and the rosiny sound of the fiddle, and I was hooked,” Laufman said “That was it.”

While studying agriculture in Walpole, Massachusetts, Laufman attended weekly square dances. Among artists in attendance at a school folk festival was Ralph Page, a master dance caller from Keene, New Hampshire, who became Laufman’s mentor. Laufman learned from attending Page’s dances and listening to recordings, and he called dances at the next year’s festival. He also learned to play the accordion, concertina, melodeon, harmonica and fiddle. In 1965, he performed at the Newport Folk Festival with the musicians who became the core of the Canterbury County Dance Orchestra. In addition to leading the orchestra, Laufman has appeared since the 1980s in Two Fiddles, with his companion, Jacqueline Laufman.

When asked about contra dancing, Laufman said the meaning of the term had changed. As one source says, “In contra and English country dancing, two people form a couple and dance with each other and another couple, then they dance with another couple, and then another, and yet another, repeating the figures many times, until the dance is done. Then you find a new partner, and a new couple, and a new dance begins. By the end of the evening you’ll have smiled at or danced with everyone else in the hall.” Laufman said as traditional dancing regained popularity, younger enthusiasts began applying “contra” to square dances as well and creating what he calls “the modern urban contra dance,” which is too busy for his taste. “I’m not saying it’s bad,” he said. “It just doesn’t speak to my need.”

As the traditional dance revival gathered steam and fewer people showed up knowing the dances, Laufman switched to the simpler English barn dance, which he found similar to the Virginia Reel. “And then it got me to work in schools with kids, but also worked with drunks and preppies and families and weddings and things like that,” he said.”

Laufman has been the subject of a documentary film, The Other Way Back: Dancing With Dudley, and he and Jacqueline have produced a number of recordings, instructional books, videos and books of poetry.

Jacqueline and Dudley Laufman, 'Scotland The Brave,' The Way It Realy Sounds at a Barn Dance, Orchard, 1999

Jacqueline and Dudley Laufman, 'Marching Thru Georgia,' The Way It Realy Sounds at a Barn Dance, Orchard, 1999

Jacqueline and Dudley Laufman, 'Rosin The Bow,' The Way It Realy Sounds at a Barn Dance, Orchard, 1999