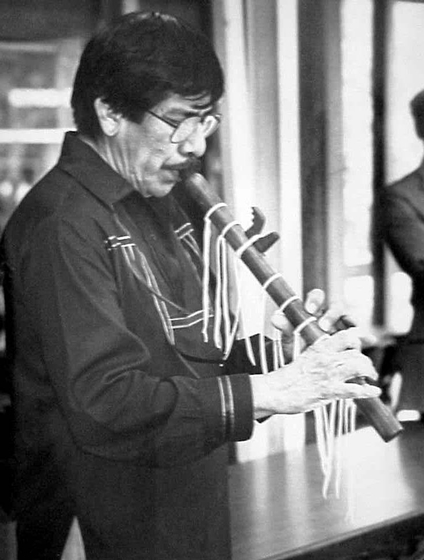 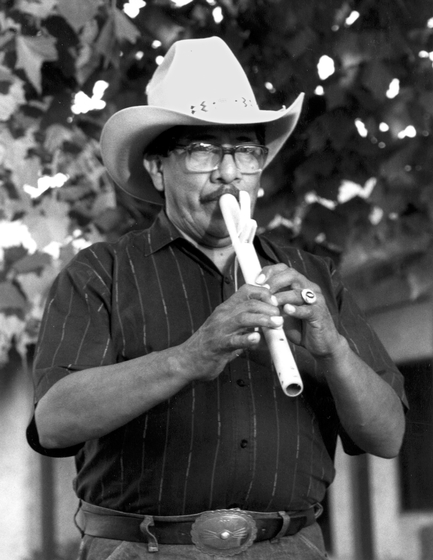 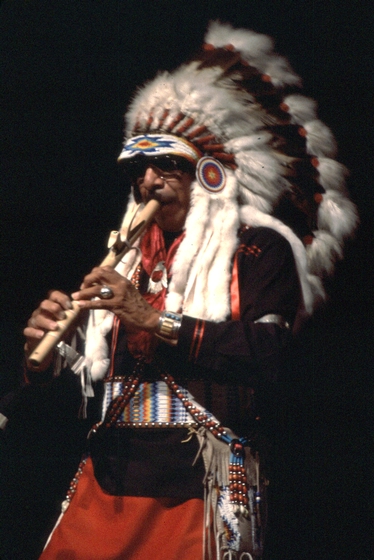 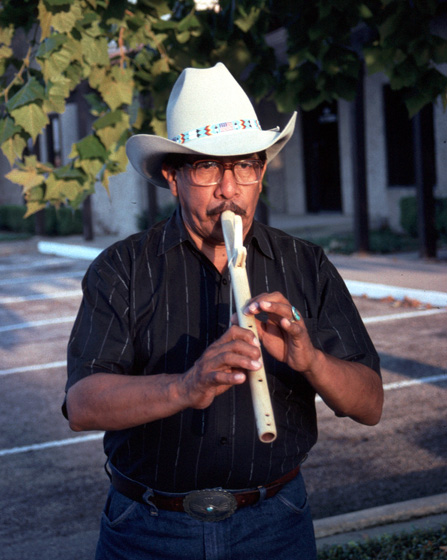 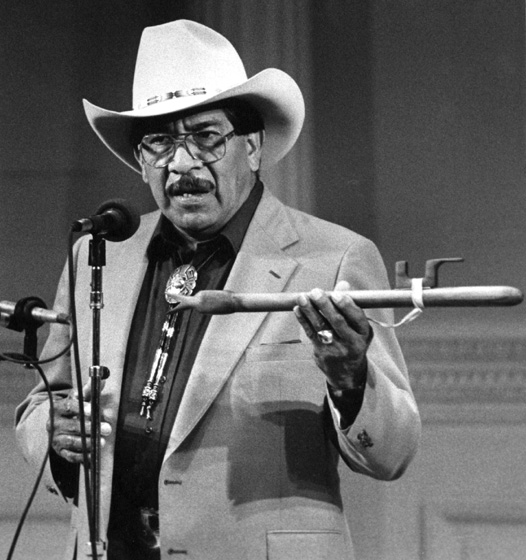 Doc Tate Nevaquaya was born to Comanche parents in Fletcher, Oklahoma. He was delivered by Dr. C. W. Joyce, after whom he was named, although the name "Joyce" was replaced by "Doc" at an early age. The name "Tate" was taken from his grandfather's partner when a Christian name was required upon entering the Fort Sill Indian School. His Indian name is Nevaquaya, which in English means "well-dressed."

As a child, Doc Tate loved to hear the elders talk about the historical landscapes where his Comanche forefathers lived and worked, roaming in search of game and settling in the grassy, well-watered prairie lands that roll southwest from Oklahoma City toward the Texas border.

Growing up, Nevaquaya learned to make traditional Comanche crafts and became interested in the courting flute, a traditional instrument common to many American Indian tribes. The courting flute is an end-blown instrument generally made of wood and constructed with a movable block through which the musical intonation can be changed. Archaeological evidence suggests that it was once found throughout the Americas, and in the Northern Hemisphere among the Southwestern, Eastern Plains, Plateau and Woodland tribes. It is one of the few Native American instruments reserved for solo performance. Traditionally, it is played only by men in contexts of courtship, love, magic or fertility rituals.

Around the turn of the twentieth century, the traditional role of the courting flute began to wane, and although a few individuals continued to make and play it, flute music was rarely heard outside the home or an occasional powwow. In the 1970s, however, a few Indian musicians began to explore the flute tradition in greater depth and bring it to wider public attention. Nevaquaya was one of the leaders of this revival, researching construction and playing techniques and learning, popularizing the old repertoire, and elaborating upon the characteristic ornamental instrumental graces. He also developed two new compositional styles, one of which he called "a modern courting song style," and the other, a creative mode through which an individual musician can improvise while still remaining within the aesthetic parameters of Plains Indian musical forms.

Nevaquaya released two recordings, Indian Flute Songs from Comanche Land (1976) and Comanche Flute Music (1979) and appeared in numerous performances around the United States and abroad. In addition to his efforts as performer and researcher, he was an important teacher, working among the Comanche people as well as among other American Indian tribes. He taught his three sons to make and play the courting flute; all are committed to keeping the tradition alive and vital.