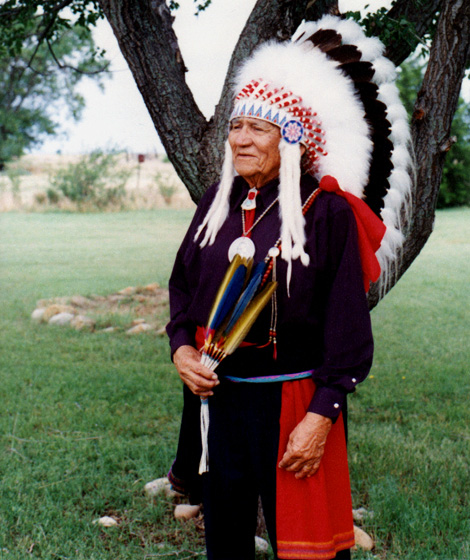 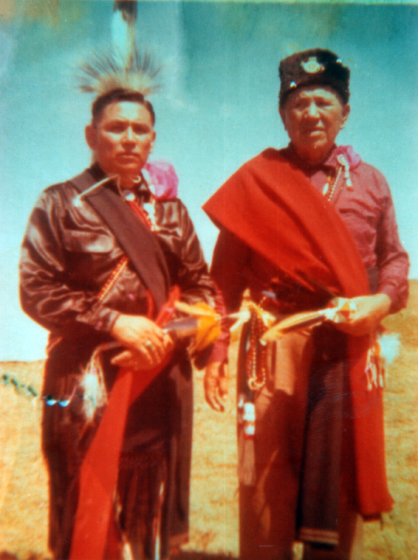 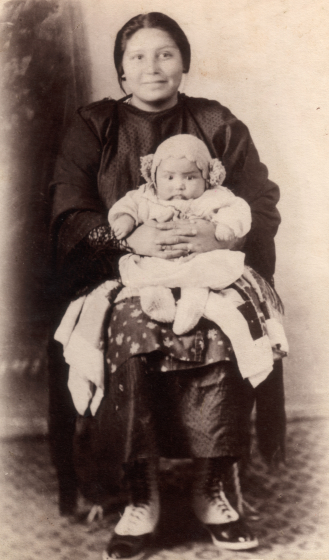 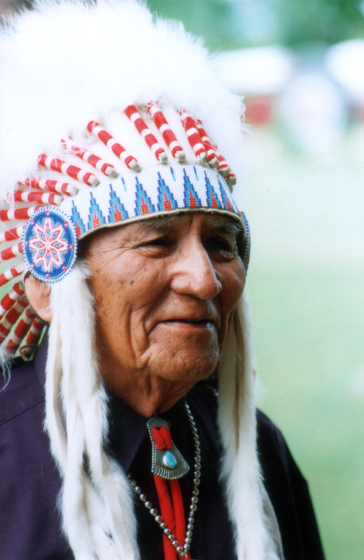 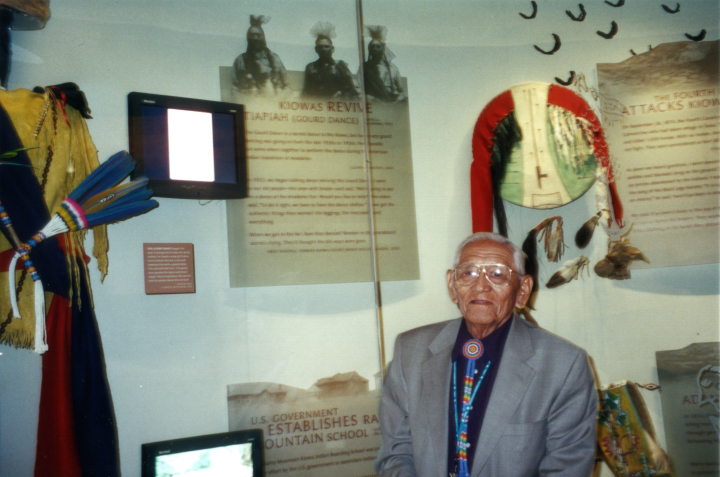 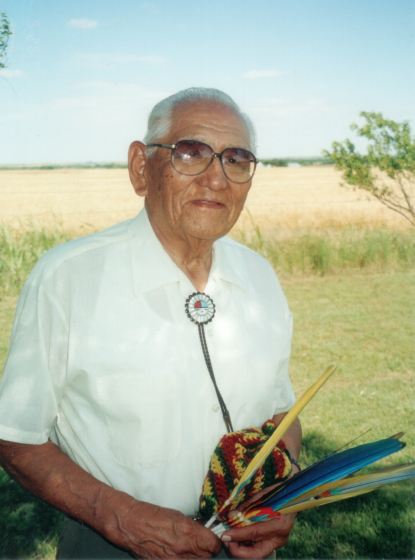 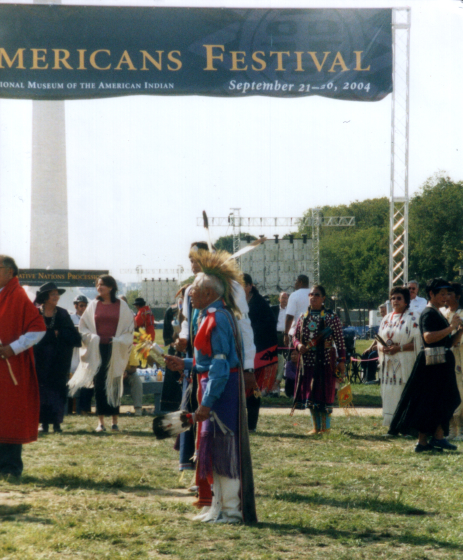 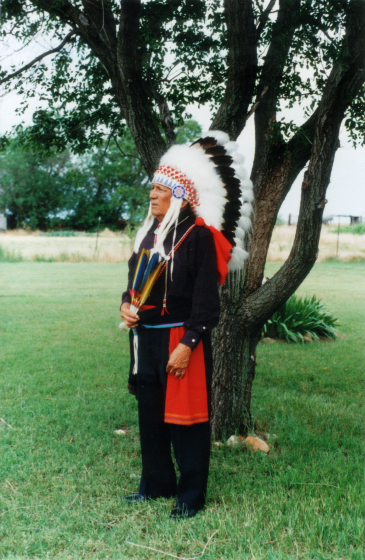 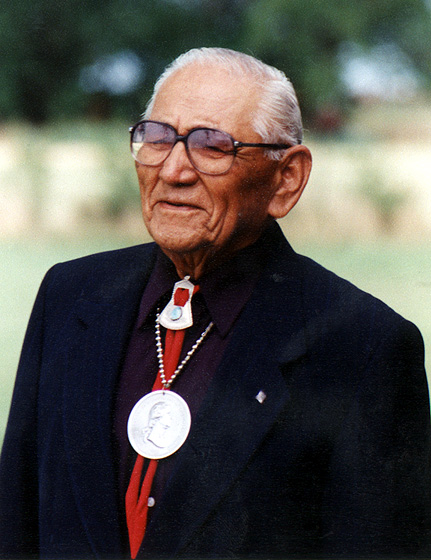 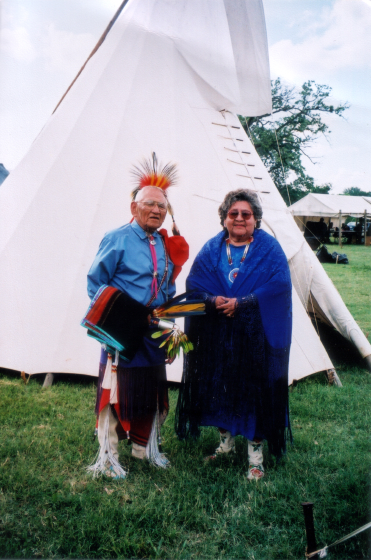 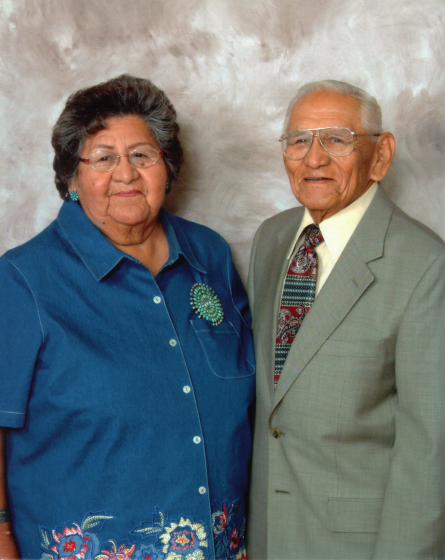 Fred Tsoodle was one of ten children in a family living west of Carnegie, Oklahoma. His mother, Mabel Hummingbird Tsoodle, died when he was 13, and he and his four brothers were raised by their grandmother. He graduated from the Chilocco Indian School. During World War II, Tsoodle served in the Air Force in North Africa and Europe. He and his wife, Mary Ruth "Peggy" Toyebo Tsoodle, had three children. He retired in 1981 from a job as an operations officer at Tinker Air Force Base in Midwest City, Oklahoma.

The Kiowa of southwestern Oklahoma have long been known as great singers and composers of songs ranging from traditional healing and gourd dance songs to more modern intertribal powwow songs. Tsoodle, who was active in the Kiowa Gourd Clan, was conversant with many of these forms. But he specialized as a song leader of a unique repertoire of Kiowa sacred Christian music, a tradition that dates to 1893. He began learning these songs in the 1930s, when he joined a church baseball team and began attending Rainy Mountain Kiowa Indian Baptist Church.

The Kiowa say that there is a song for every occasion in the church setting, from holiday hymns to songs to celebrate the significant stages of life, including birth, baptism and death. There are now more than two hundred of these hymns, each with a unique tune and lyrics in the Kiowa language. These songs are preserved primarily through human memory. As the recognized song leader in the Rainy Mountain church, Tsoodle became the performer and keeper of this valuable cultural repertoire.

Of his background, Tsoodle said: "We had our Indian religion and peyote religion; Grandfather was a medicine man, so we know all that. We were powwow people; we went to powwow. They had gourd dances down at Daddy's place; we had an arbor there, medicine bundles. They're still around.

"I love my Indian ways. I grew up around them, singing. I respect our Indian ways. But you know that we're losing that, you know that they copy other tribes' ways. I remember when I was young, gourd dancing was important to our people; that was in the 1930s. We used to have an annual dance with the Otoe Tribe. Every other year, we would host the dance at my grandfather's place. When it was their turn to host the dance, I would drive my grandfather up to their territory.... The last exchange like that was in 1941. My grandfather passed away that winter, and the gourd dance kind of faded out.

"In 1953 and '54, I was the director of the Kiowa contingent of the American Fair; each tribe was supposed to do a presentation of some kind. We did the gourd dance. It hadn't been done since 1941. I asked some of the old men that were active in the 1930s to help us. Six dancers and two singers came out to help us. We wanted them to dress in traditional clothes from head to toe; we had to go around and borrow leggings and other old gourd dance regalia.

"We went into hock shops and found all the items that were needed; everything was authentic.... When we brought the dancers into the dance arena, there was no noise; everything was quiet. You could even hear the people crying, remembering the old days. We try to do things the way the old folks did them.... From that day, the Kiowa Gourd Clan and other groups have grown and become a regular part of our community life."

Tsoodle passed the sacred songs along to his nephew Milton Noel and grandson Freddie Cozad. The Chilocco Indian School Alumni Association recognized Tsoodle as the honored elder in 2001.

Fred Tsoodle, 'I Am Thankful the Lord Has Helped Me,' Kiowa Christian Hymns